Napa County facing one of its driest Februaries ever 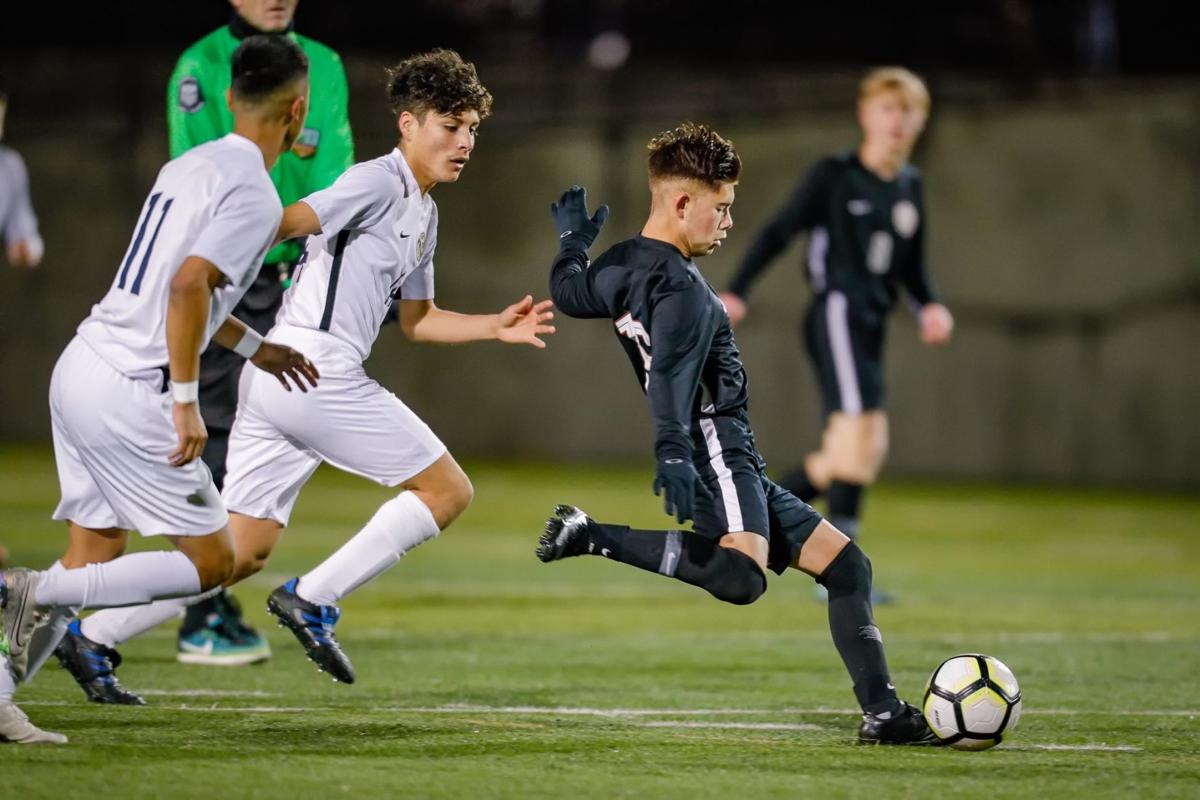 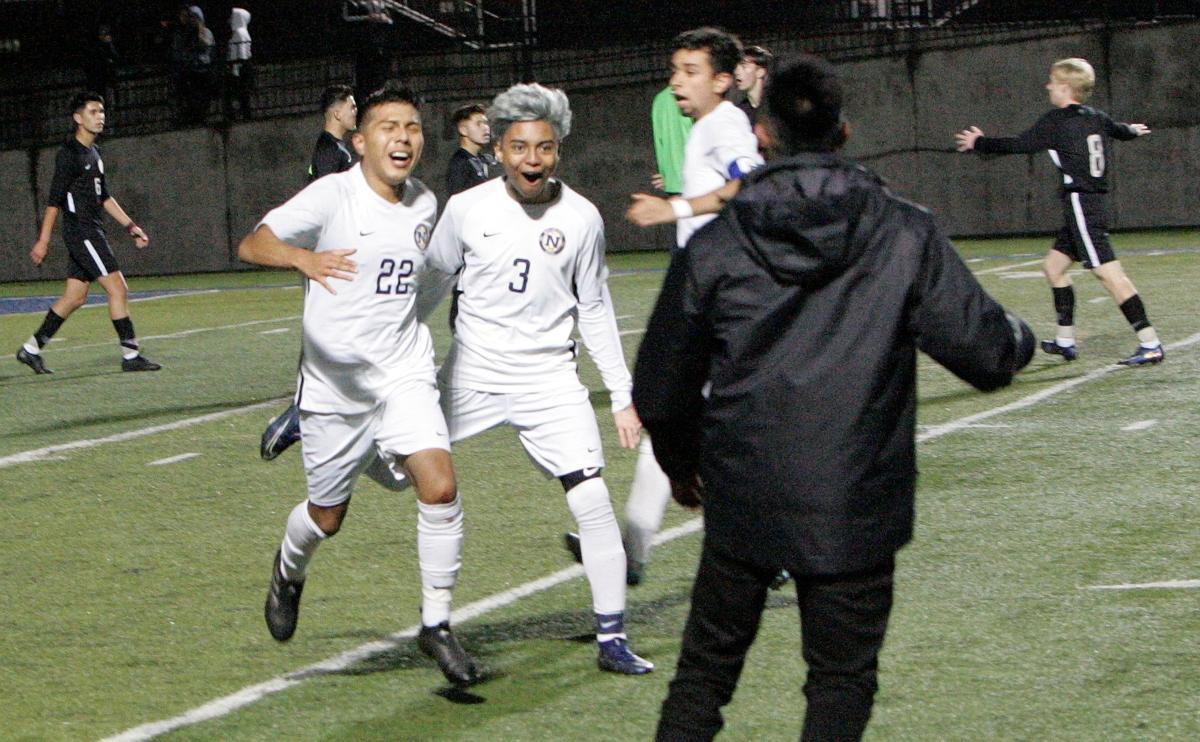 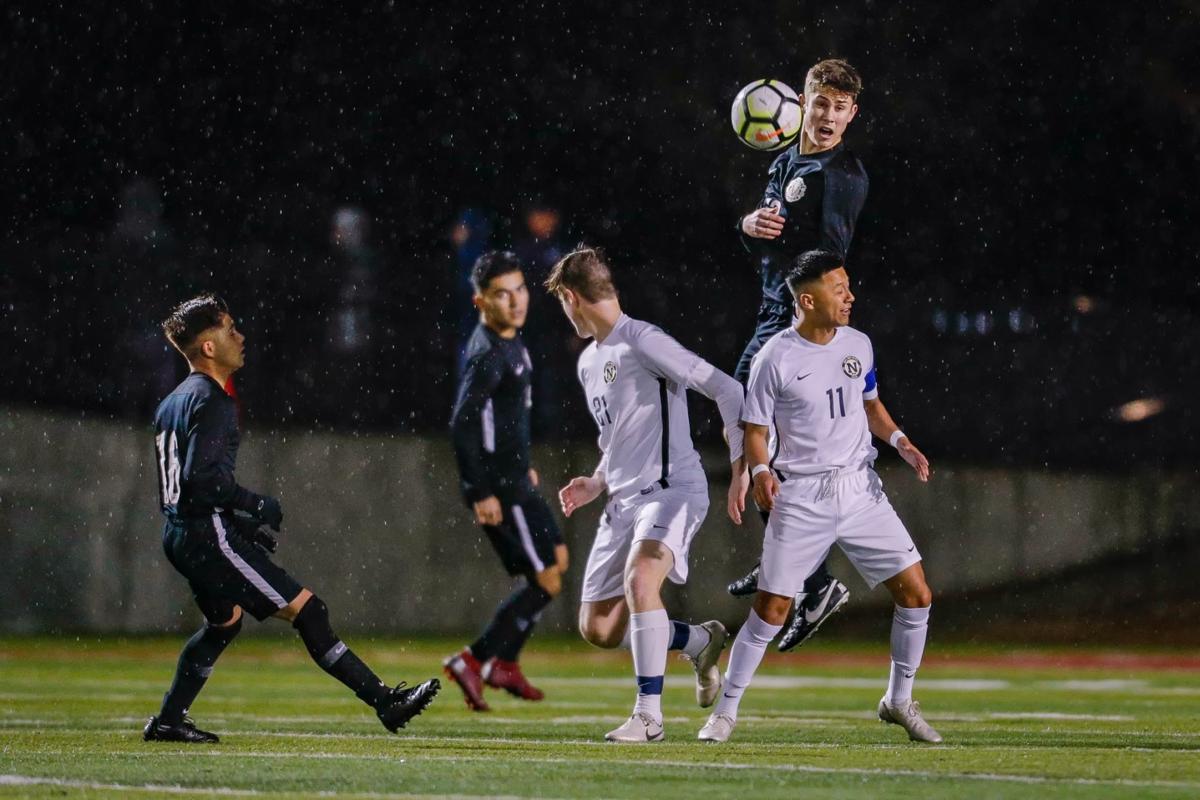 The first boys soccer Big Game of the season had been scoreless since midway through the first half when Napa High’s Jeff Garcia equalized with just four minutes left in Thursday night’s game.

The Grizzlies had been working to tie the game just as hard as their crosstown rivals from Vintage had been trying for the insurance goal, and it didn’t seem either team had enough left to break the stalemate at Memorial Stadium.

Just two minutes after watching Napa celebrate its first goal against Vintage in two years, the Crushers’ high-scoring sophomore forward put just enough force on a 30-yard shot from near his sideline to sneak it just inside the far post for the go-ahead goal as stoppage time began.

Napa nearly tied it again when Max Castenada, who had assisted on Garcia’s goal, drilled a 10-yard shot from the left side. But it was just wide, and Vintage celebrated a 2-1 victory that gave it sole possession of first place in the Vine Valley Athletic League.

The Crushers (8-1, 3-0 VVAL), who blanked Napa (8-4-1, 4-1 VVAL) in both VVAL meetings by 2-0 scores last year, looked on the way to another after Emmanuel Duran headed a shot that ricocheted off a Napa defender before bouncing into the goal for a 1-0 halftime lead.

“Anytime you put a shot on frame, things like that can happen, as you could see with our second goal as well,” said Vintage co-coach Alex Feliciano. “We always tell our boys ‘If you don’t take chances, take your shots, you’re never going to score.’ Even if it’s desperation, you always want to test the goalkeeper and see if he can make saves, and see if their back line can defend.”

Leal Ruiz took advantage of that.

“It was a shock,” he said of Napa’s goal. “They had momentum and it was really hard to deal with, but we knew we had to pull through and finish strong. We needed another goal to secure (first place alone) and start on the right foot. So when I saw the ball drop to me, I thought about shooting right away. Luckily, it went in and we celebrated.

“We knew it was going to be a battle against a rival team from our town and something we really take seriously, so we had to celebrate. It was one of my best goals so far, in an important game against Napa High, Big Game. It’s something I think I’ll remember forever.”

Feliciano was proud of his team’s drive at the end of a game that had its share of shoving matches.

“This was a heavyweight fight – two big-time teams meeting, both undefeated in league, both throwing punches,” he said figuratively. “It’s about shaking that off and to keep going until the fight’s all the way over, until they ring that final bell. We took a big punch on the chin right there at the end and our boys didn’t give up. That speaks to their character and resilience.”

“It was placed perfectly,” he said of Leal Ruiz’s goal. “They shot it, they scored, they deserved it, they played well, and they got a good victory. It was a good game overall. This is always an emotional game. These are kids that grew up with each other. Some of them are cousins or their parents are from the same town in Mexico so it’s a friendly game, even though it might not look like it at times. They argued, but at the end they were hugging each other.

“Vintage is always tough, so it felt good scoring on them. Unfortunately, they had the great goal two minutes later. That’s soccer. One day it will love you and the next day it will divorce you. But we’re improving.”

While the Grizzlies were ready to move on to Tuesday’s game at Petaluma, the Crushers had to turn around and get ready for a trip Friday night to second-place Casa Grande (6-1-1, 2-1 VVAL).

“Our message to the guys after the game was ‘It was a great result and you can enjoy it a little bit tonight, but we’ve got a quick turnaround,” Feliciano said. “You’ve got to stay focused, stay humble and stay hungry because it’s early in league and we still have a long way to go.”

“Our goalkeeper stepped up in the beginning; we were shaky and he had to make some big saves,” the coach said. “He dealt well with a lot of balls that they dumped into his cross, his box, on set pieces. He came out with the punch and owned his box and was dominant.

“Our back four all did a great job dealing with their big four up top, especially Ian Clark. He’s a physical boy. Our defensive midfielders, our attacking mids and our forwards, everybody did their job and whether it was pressing together, whether it was sinking in and winning those balls in their air – everything that we asked them to do, they all stepped up and did it, so it was totally a team effort.

“Everybody played their socks off. Big Games are emotional roller coasters and give coaches heart attacks, but it’s fun. We wouldn’t want it any other way. This was a feisty one.”

A look at the Napa High boys soccer team.