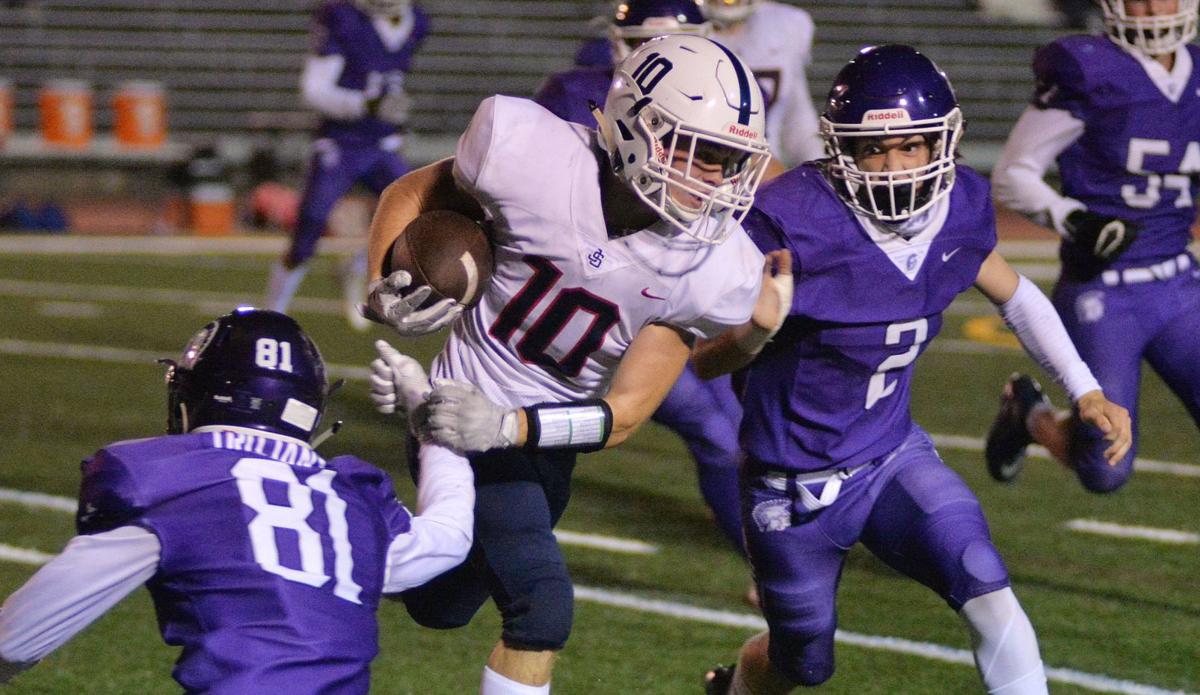 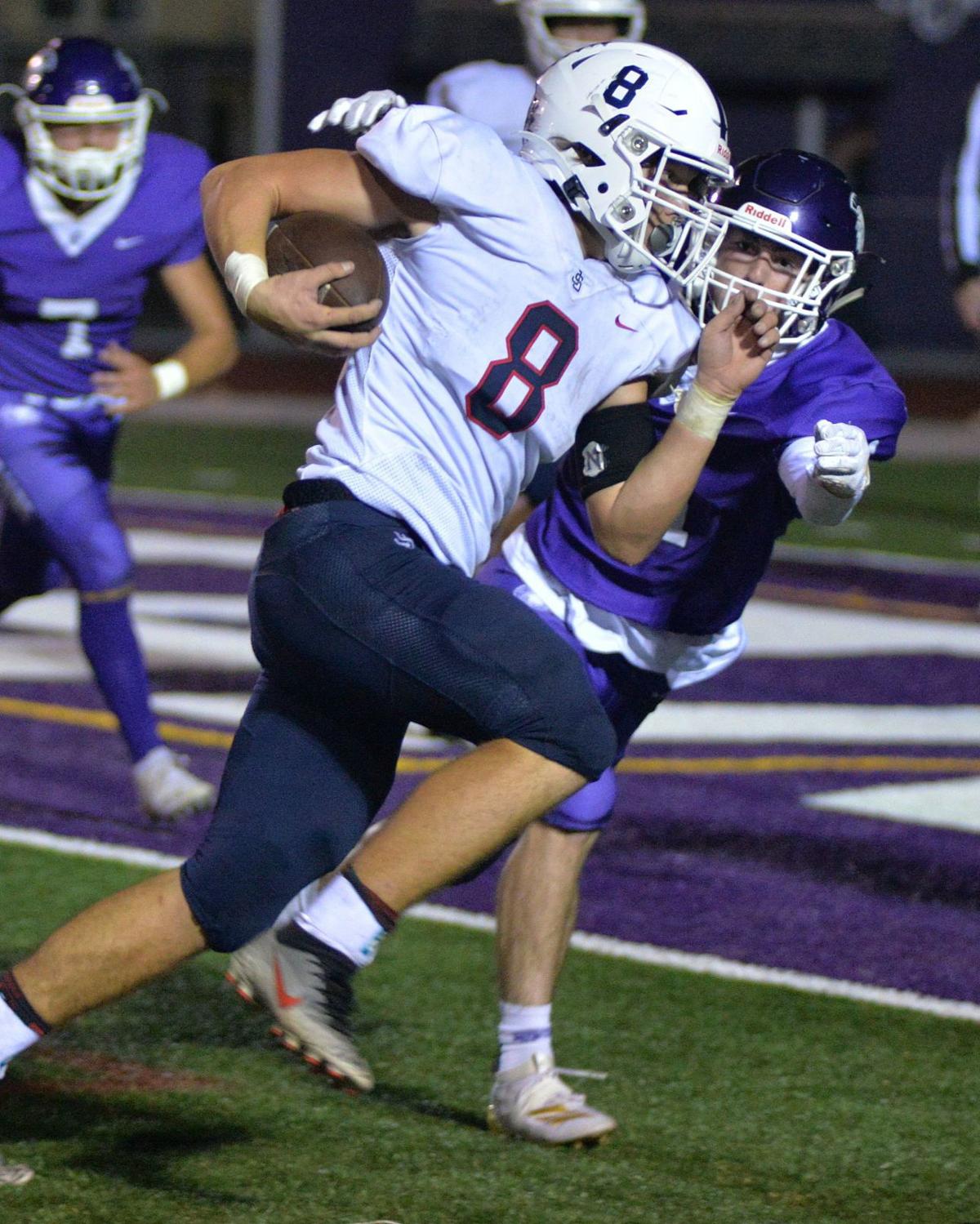 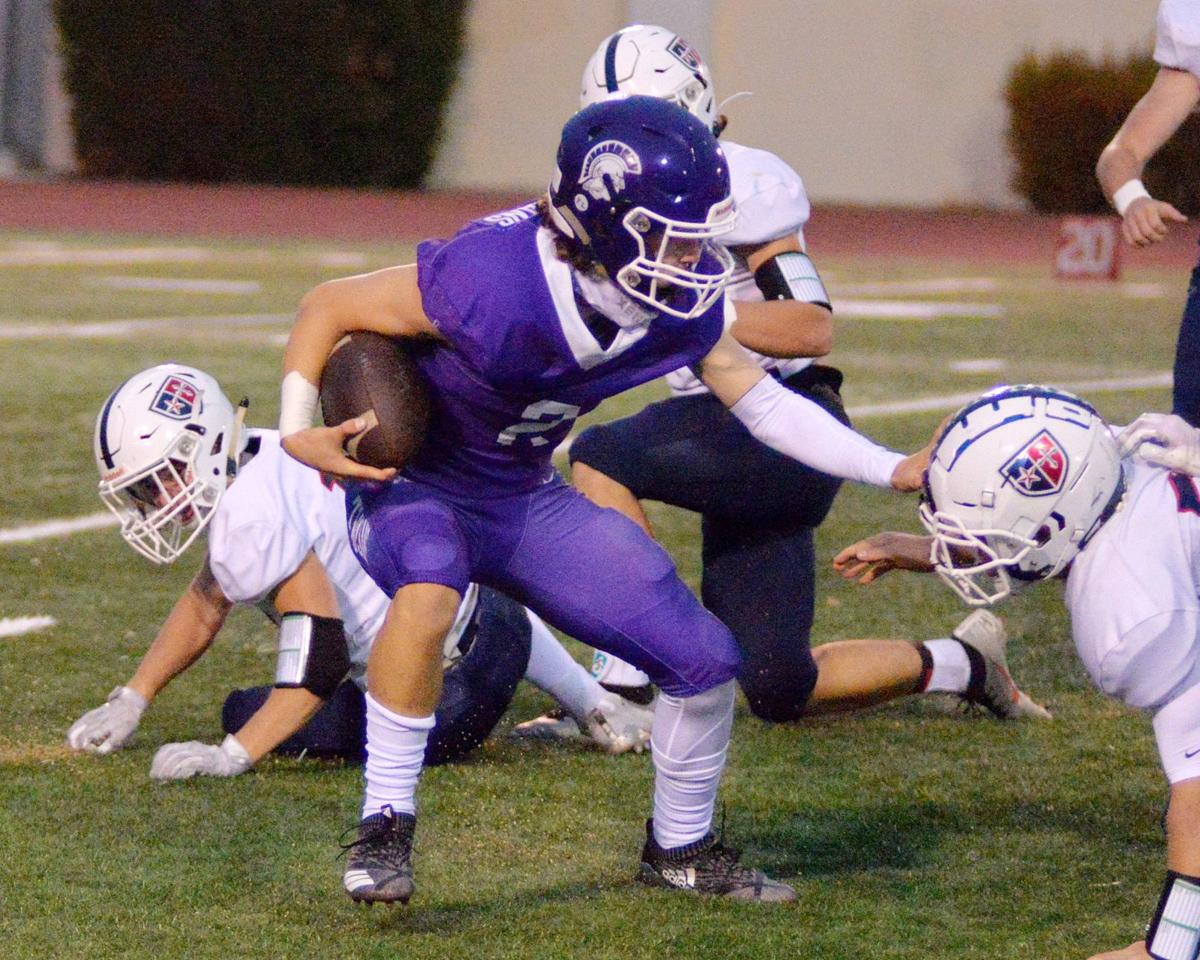 The combination worked four times as the Braves spoiled Petaluma’s homecoming with a dominant 33-10 victory at Ellison Field.

The win was the fifth in six games for the explosive Braves, who evened their Vine Valley Athletic League mark at 1-1, while the loss dropped Petaluma to 1-5 and was its second straight in league play.

To the Trojans’ credit, they battled hard – especially on defense, where they intercepted two passes, both by Jack Hartman, and recovered two fumbles, one by Scott Crayne and one by Randall Braziel. The recovery was part of an excellent all-around game by Braziel, who carried the ball 10 times and gained 64 yards against the swarming Justin-Siena defense.

Overall, however, the Braves pretty much dominated both sides of scrimmage. Beers completed 15 of 27 passes for 268 yards, with seven of the throws going to Williams for 147 yards. Noah Young carried nine times for 72 yards as the Braves finished with 349 total yards. Young also ran for a 26-yard touchdown to complete the night’s scoring.

“We have some speed and we have a quarterback who throws a nice deep ball,” he said of Beers, who has now thrown for 1,466 yards and 15 TDs. “We never feel we’re out of games with our explosive offense.”

“It’s disappointing,” he said. “The offense starts with the offensive line and our line is a work in progress. We just have to keep our morale up and keep fighting.”

Petaluma fought to make a game of it for a half.

The Trojans marched 52 yards behind the hard running of Braziel in the game’s opening series, finally settling for a 28-yard field goal by Julian Marth. Hartman’s first interception gave the Trojans the ball back before the first quarter expired. Again, a drive ended in a field goal try, this one from 26 yards. But it was off mark and the Trojans came away empty.

Before the half was done, Beers and Williams had done their touchdown thing twice, and when the Trojans stopped to crown Mandy O’Keefe homecoming queen at halftime, they were trailing, 14-3.

Hartman swiped another Beers pass on the first play of the second half, but the Braves were ready to break things open.

Petaluma punted following the Hartman theft, and the Braves went 72 yards in just two plays – a 37-yard run by Young and a 35-yard Beers-to-Williams connection. Another Beers-to-Williams scoring throw, this one from 13 yards out, sealed the deal.

Petaluma gave its homecoming celebrants something to shout about late in the game when a Justin-Siena penalty and a 15-yard scamper by Braziel put Hartman in a position to run in an 8-yard touchdown.

But Young answered with a 26-yard touchdown scamper of his own to close out the scoring.

The game was played without benefit of a functioning Petaluma scoreboard, and the announcer often providing time and score.

Zachary Zurowski scored on a 1-yard quarterback keeper and Joseph Maciel’s extra point gave the Braves a 7-0 halftime lead. After throwing a pick-six in the third quarter, Zurowski made up for it with a 7-yard scoring scamper in the fourth that was followed by a Fabio Marx extra point.