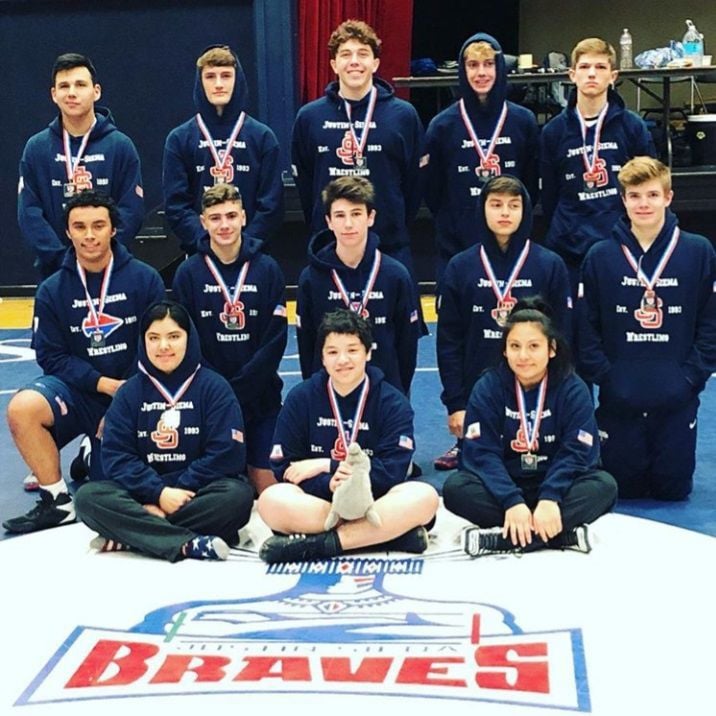 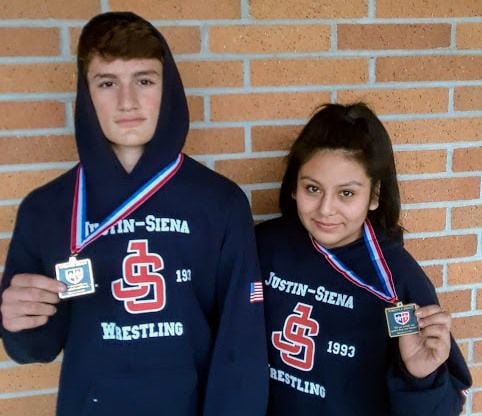 The Justin-Siena wrestling team hosted the inaugural Vine Valley Athletic League Novice Tournament on Saturday in Siena Hall and came away with champions in Yahaira “Ya-Ya” Martinez and Brandon Guiducci.

Justin-Siena volunteered to host the meet after competing in Marin County Athletic League novice tournaments over the years, then having no VVAL novice meet after joining the new league last year.

Each participant competed in a freshman division, a JV division or a girls division in the hall formerly known as the North Gym, where Justin-Siena used to host the Superior California Athletic League Novice Tournament.

“It was a good day of wrestling,” Justin-Siena head coach Jason Guiducci said. “There was a great energy hosting in Siena Hall, due to the close confines, and it brought back memories of hosting the SCAL Novice Tournament back when our program was in its infancy in the mid-1990’s. Our Braves felt that energy and performed very well. There was no quit in any of them.”

The Braves next host St. Patrick-St. Vincent of Vallejo in their annual Catholic Cup Dual on Thursday in the Justin-Siena dining hall.