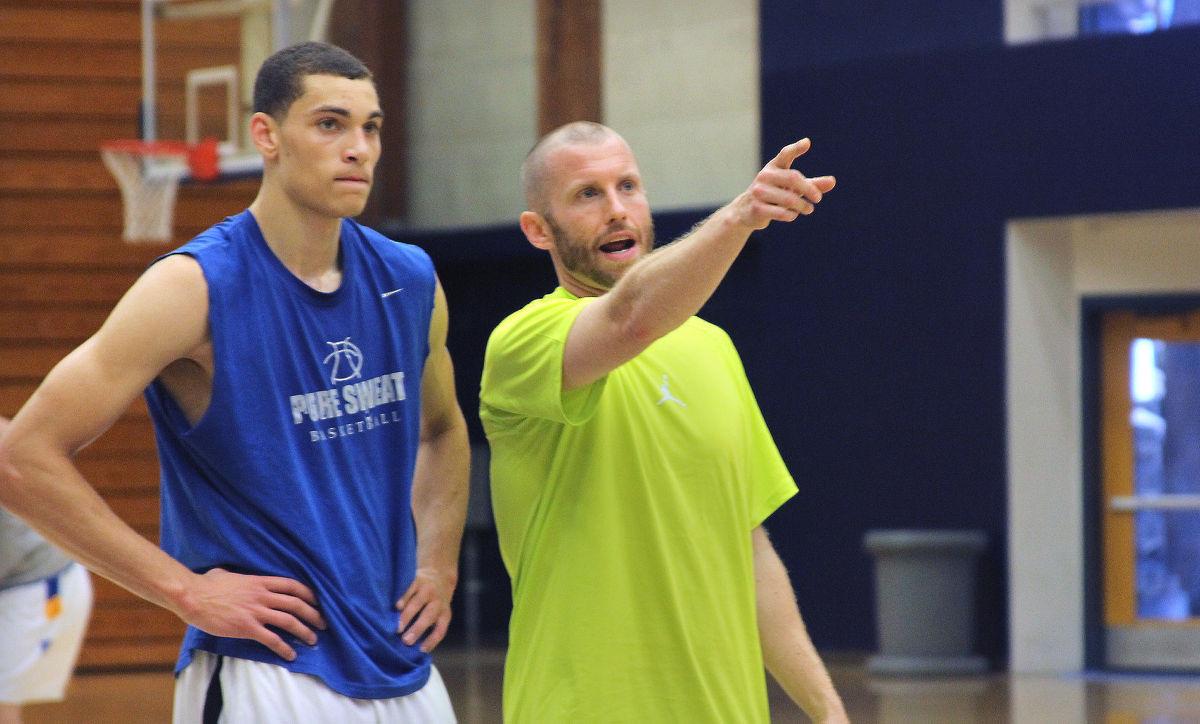 Graham Betchart, the new director of mental strength and conditioning for the Napa-based Prolific Prep Academy elite boys basketball program, works with Zach LaVine of the Minnesota Timberwolves. LaVine, who played on season at UCLA before being selected 13th overall by the Timberwolves in the 2014 NBA Draft, won this year's NBA All-Star dunk contest. 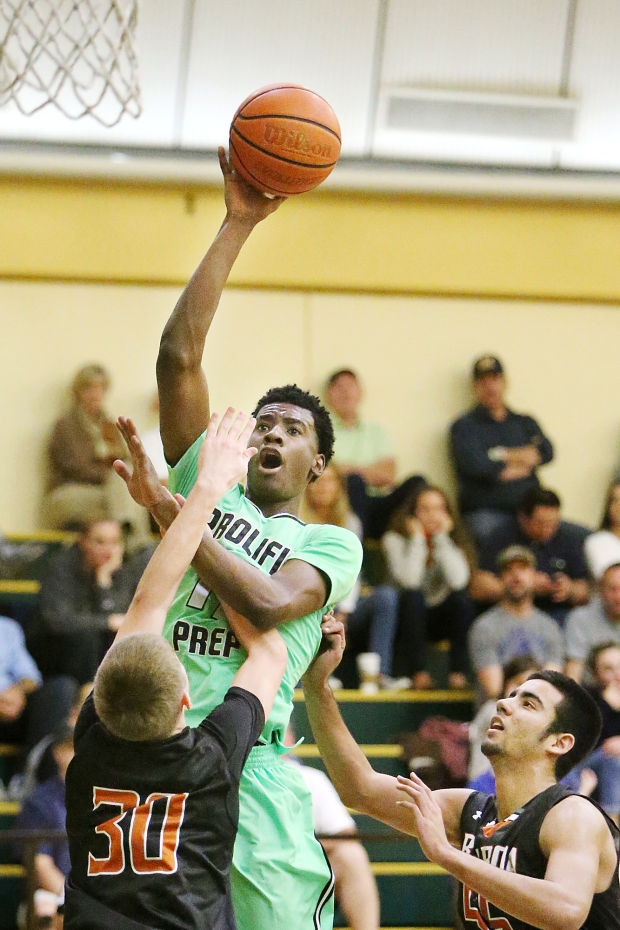 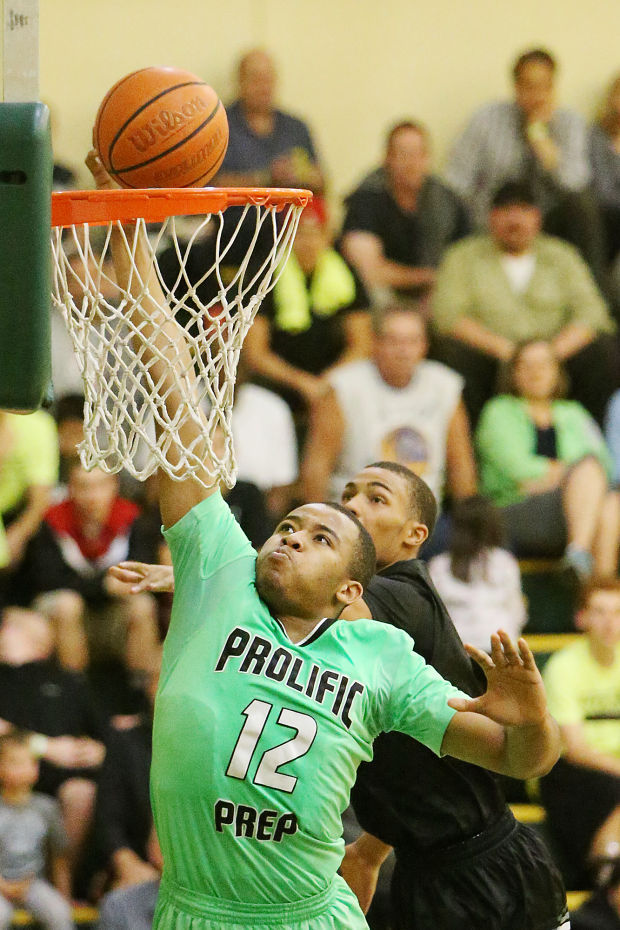 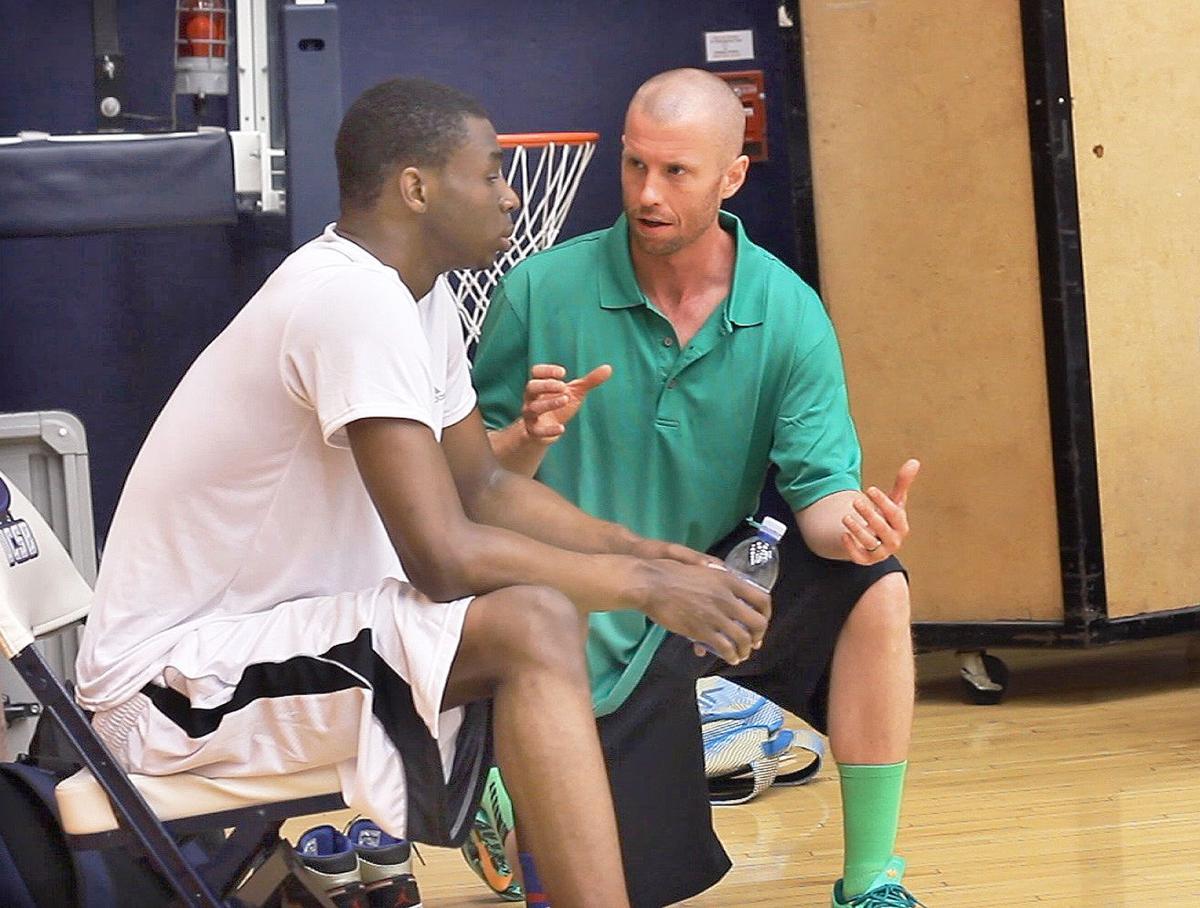 Graham Betchart, right, the new director of mental strength and conditioning for the Napa-based Prolific Prep Academy elite boys basketball program, works with Andrew Wiggins of the Minnesota Timberwolves. Wiggins, who played one season at Kansas before being selected first overall by the Cleveland Cavaliers in the 2014 NBA Draft and then traded to the Timberwolves for Kevin Love, was this year's NBA Rookie of the Year. 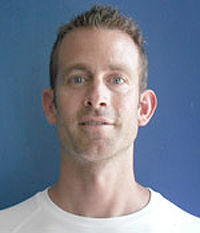 Graham Betchart, the new director of mental strength and conditioning for the Napa-based Prolific Prep Academy elite boys basketball program, works with Zach LaVine of the Minnesota Timberwolves. LaVine, who played on season at UCLA before being selected 13th overall by the Timberwolves in the 2014 NBA Draft, won this year's NBA All-Star dunk contest.

Graham Betchart, right, the new director of mental strength and conditioning for the Napa-based Prolific Prep Academy elite boys basketball program, works with Andrew Wiggins of the Minnesota Timberwolves. Wiggins, who played one season at Kansas before being selected first overall by the Cleveland Cavaliers in the 2014 NBA Draft and then traded to the Timberwolves for Kevin Love, was this year's NBA Rookie of the Year.

People say winning is everything, but at Prolific Prep, it’s about much more than that.

Formed in 2014, founder Jeremy Russotti’s brainchild, based in Napa, offers a specific blend of services aimed at molding some of the best basketball talent from not just the United States, but the entire world.

It’s a specialized institution designed to enhance the athletic careers of high school-aged basketball players and complement what they’re learning inside the classrooms at various Bay Area schools so that they enter college as ready as any top-tier student-athlete.

“Everything we try to do is for our players,” said Phil Doherty, the program’s director of operations and its co-founder. “We have great kids, great families, and great community support. We’re very blessed, and the kids are blessed too.”

Winning is something, though, and with a roster filled with the talent Prolific Prep boasts, it’s hard for it not to stack victories. Known as “The Crew,” Prolific Prep is home to the nation’s No. 1 recruit in the class of 2016, Josh Jackson, who’s being sought after by Arizona, Kansas, Kentucky, and Louisville, to keep the list short.

In Prolific Prep’s first year, The Crew went 26-8 as it navigated one of the most rigorous national schedules in the country. It features eight to 10 teams — similar to Prolific Prep — along with practically every prominent tournament, or “pure national tournaments,” as Russotti put it.

“Not a lot of prep schools play our schedule. A lot of the major programs are trying to gain wins and they kind of hide from losses,” he said. “We’ve kind of developed a reputation in more than one year. The tournament directors know that we want to play the best teams and we want to play them every weekend. We tend to draw a big crowd, that’s why we have such a great following in just the first year on the Internet. We played the top teams. If you want to play the best every weekend, this is where you want to go. We’re not going to ever be afraid to play the big tournaments and play the national schedule.”

That’s one of the major selling points Russotti and Co. make when they’re out on the recruiting trail trying to bring in athletes with dreams of big-time college or pro careers.

The location is a nice perk, too.

“We’re very lucky to have a prep school in, not only California — which is rare — but in Napa,” Russotti said. “So it’s kind of an easy sell for an international person or a domestic player around the country that would want to come to the Bay Area and live in one of the most beautiful areas and such a safe environment.”

To help fortify the staff, this spring Prolific Prep announced the addition of sports psychologist Graham Betchart, who will work full-time as the team’s mental strength and conditioning coach, as well as longtime journeyman Billy McKnight as its new head coach.

Both have longstanding relationships with Russotti and Doherty, and Betchart even played against Doherty when they were both in high school in San Francisco.

McKnight brings 18 years of experience at the youth, high school, college, professional, and international level to the program. Prior to serving as head coach of Shantou University’s basketball team, McKnight was a coach in the Chinese Basketball Association, where he worked with two-time NBA All-Star Stephon Marbury.

Stateside, he was a grad assistant at the University of Oregon and trained Aaron Brooks of the Chicago Bulls as well as former lottery pick Luke Jackson, so McKnight brings a level of expertise that’s as broad as any.

Along with “getting the most we can from every single player,” he said, his main objective is instilling advanced basketball concepts that are much more complex than your average high school team is taught.

Like a pro-style offense in football, McKnight wants Prolific Prep’s brand of basketball to mirror what the athletes could see at major college and professional levels.

“I’m teaching an NBA-style system, and the team in particular is the San Antonio Spurs,” McKnight said. “That’s the level of understanding I’m expecting these kids to get. I know it’s going to take them a little while to get it, but I’m not going to hold any knowledge back from them. What I’m trying to do is brain dump on them (now) so that they’re ready for whatever they run into when they hit college.”

Betchart has worked with big names

Betchart complements everything the rest of the staff does by focusing on the mental aspect of athletic development.

He attended a number of practices and worked with some of the athletes last season and, in that short window, his power to effect substantial change blew Russotti away.

“Immediately, the results he had on our team chemistry with a couple of kids that just needed a little more confidence — it was so apparent how beneficial he was,” Russotti said. “I just became an instant believer, and then we just said ‘Hey, we’ve got to have you full time next year’ because we just saw how the guys gravitated toward him. It helped hearing a different voice.”

Betchart has been working as a sports psychologist for the past 11 years, and recently finished a book titled “Play Present,” which focuses on his 12 principles to mental training.

He’s been on the front end of the sports psychology movement the last decade while the athletic world has gradually warmed up to it.

In last year’s draft class alone, many of Betchart’s disciples filled up the top 15 picks. Most notable on the list were Andrew Wiggins, Aaron Gordon, Marcus Smart and Zach LaVine. He’s currently working with Kentucky’s Karl-Anthony Towns, who’s projected to be the No. 1 pick next Thursday, and Kentucky-bound Skal Labissiere, who’s regarded as the No. 2 prospect in the country for 2015.

His ability to communicate, connect and break through psychological barriers is something Russotti and Doherty valued, and since they did, that was one of the biggest reasons Betchart joined the Prolific Prep movement.

“I always wanted to go back to the youth level and the high school level and start working with guys that are that age because mental training is like physical training — there’s no overnight success,” Betchart said. “It’s about learning a skillset, practicing relentlessly, doing it over and over and over again, and you make progress.”

To do that type of work and establish those types of habits, working with a program like this provides an opportunity to instill those ideas early so that they become part of the athletic lifestyle.

With all these complementary pieces in place, and the same philosophical values being taught from all these different voices, Prolific Prep has created the foundation for long-term success in the basketball realm.

And with a new sponsorship from Sports Tech and its NBA-caliber scouting software in tow, the program continues to quicken its pace from crawling to running in its short existence.

“We’re definitely moving towards the future of what the national-type prep school is going to be like and we’re trying to be the forefront,” Russotti said.

Prolific Prep Academy will host its summer basketball camp July 27-30 at the Grace Church of Napa Valley gym. The camp is for boys and girls of all ages. Campers will be separated by age groups. To register or for more details, visit www.1percentclub.org/TrainingNapa.htm or call 849-1212.