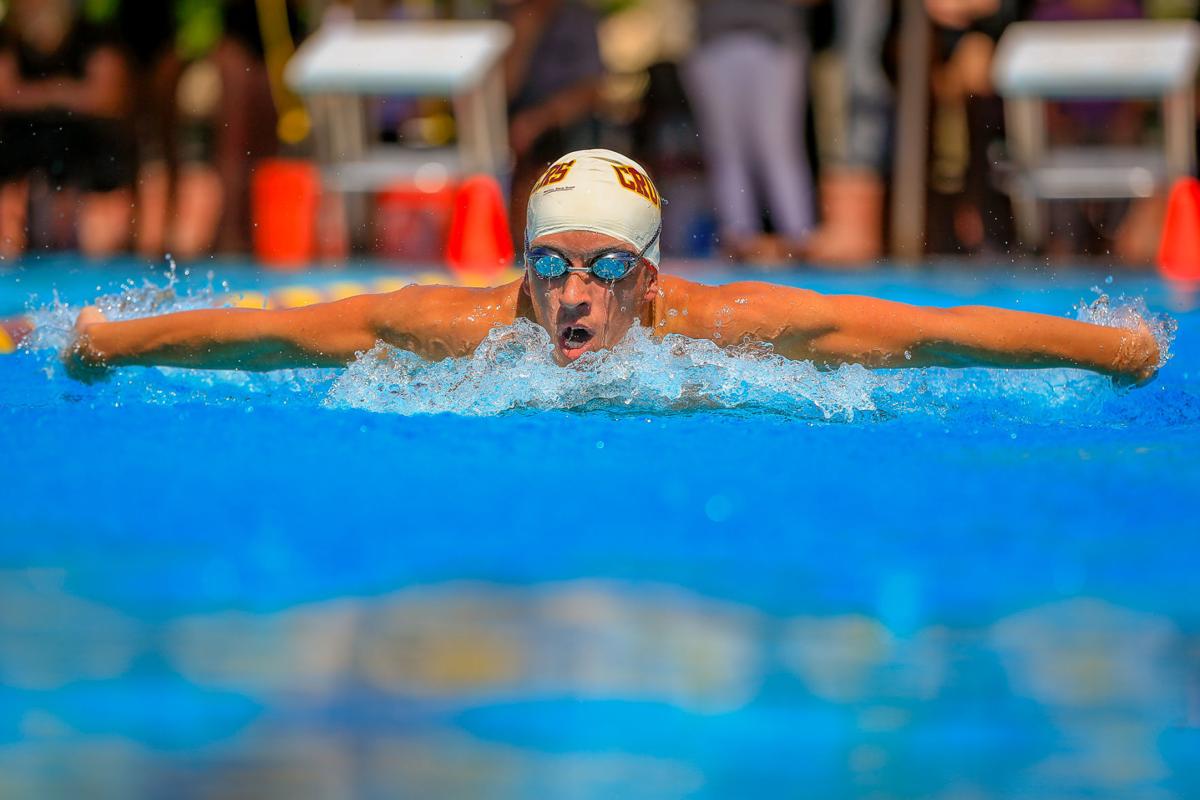 Vintage High's Aidan Davis competes in the 100 butterfly during the Vine Valley Athletic League Championship swim trials at Vintage in 2019. 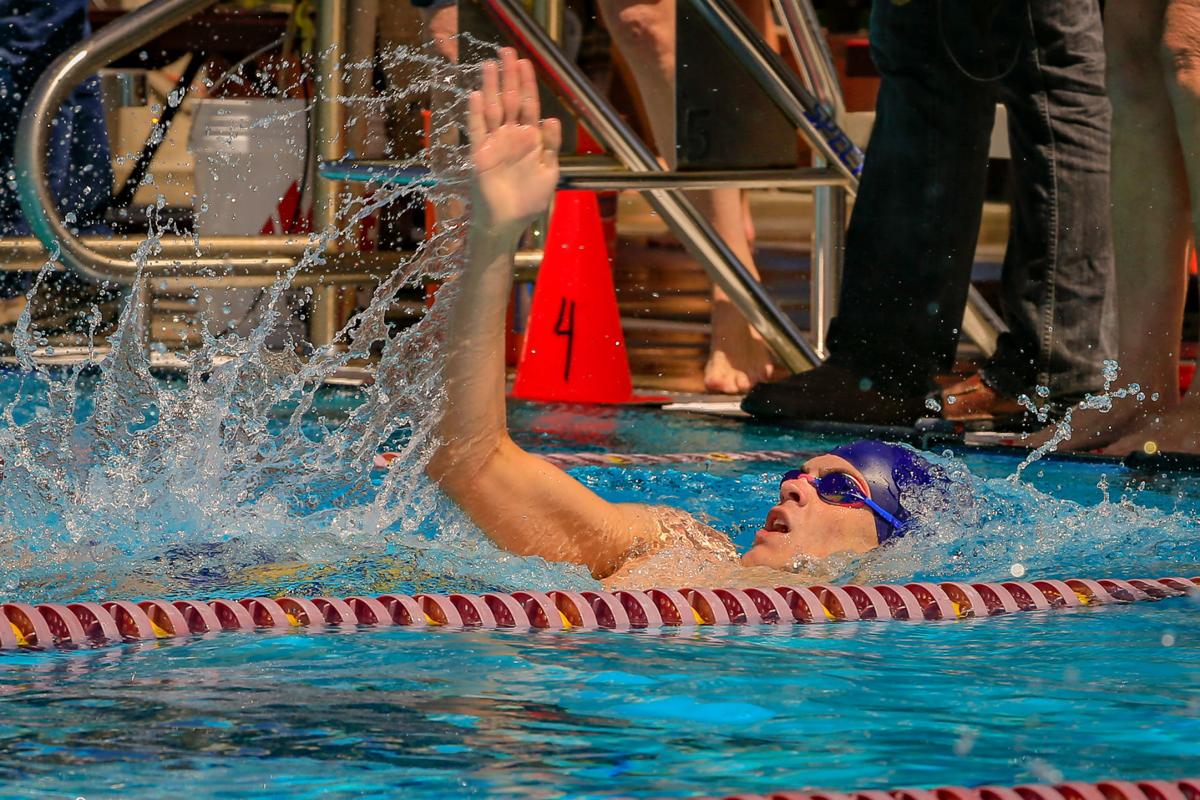 Napa High's Will Barsotti-Flanders wins the 100 backstroke in 58.36 seconds during the VVAL Swim Championship finals at Vintage in 2019.

St. Helena High's Dyani Lopez has the lead en route to winning the girls 100 backstroke during the CMC Swim Championships at St. Helena in 2018. 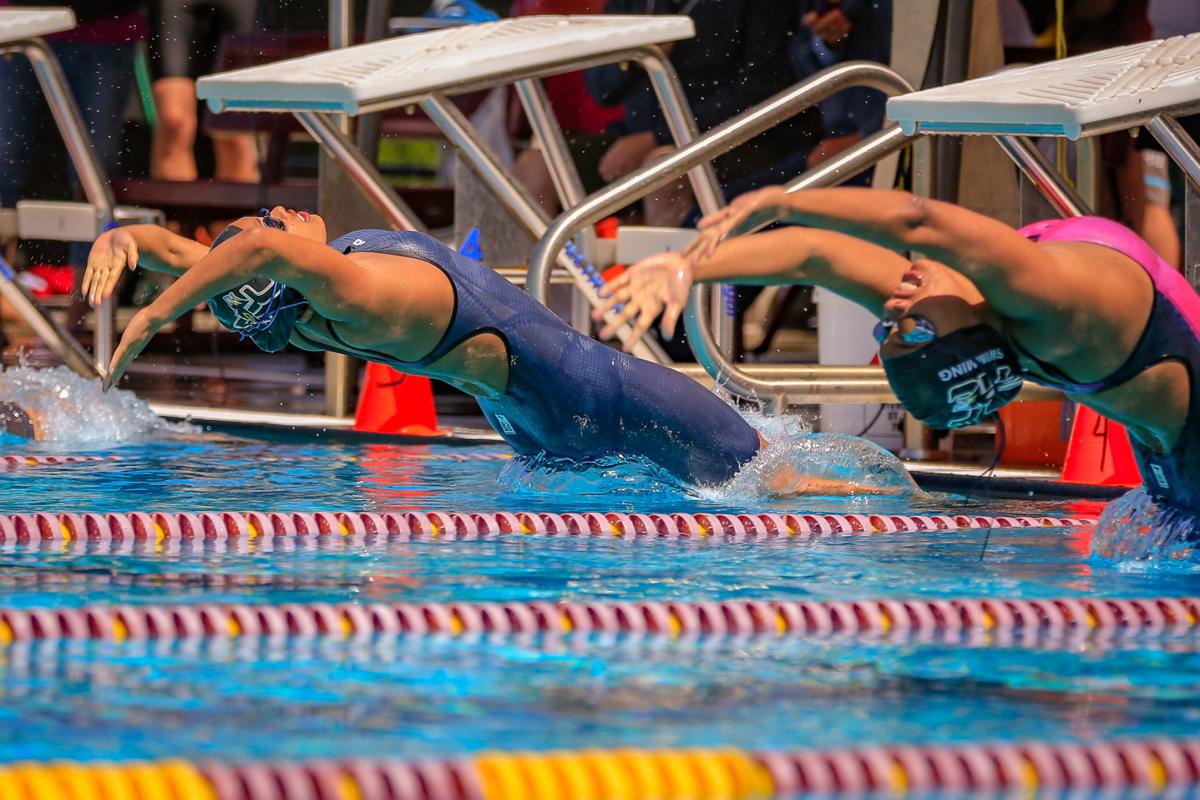 American Canyon's Eliana Matteo, left, and Angel Sapida, the eventual winner and runner-up, compete in the 100 backstroke during the finals of the VVAL Swim Championships at Vintage in 2019. 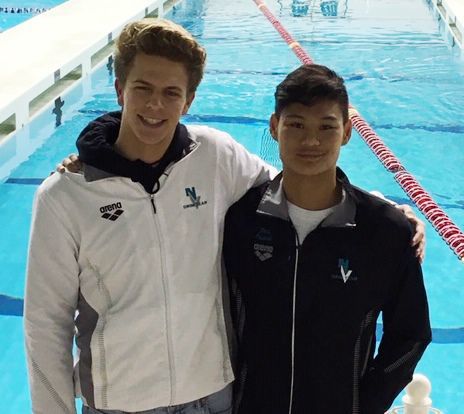 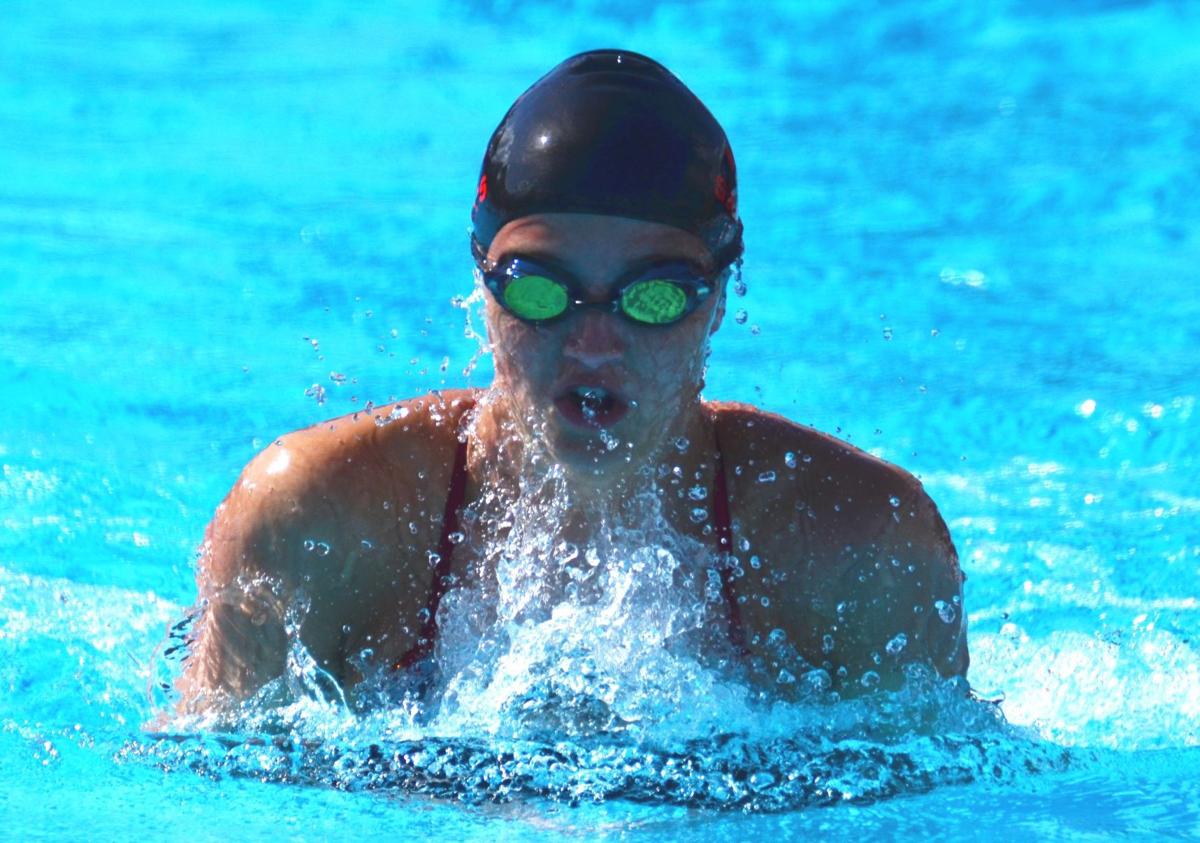 With the 2019-20 school year mercifully in the books, The Register wants to give one last shout-out to the athletes of the Class of 2020.

Last week we concluded our Senior Spotlight series, which highlighted some of the top senior athletes from around the county that were in line for potentially big spring seasons before the COVID-19 pandemic ended their prep careers prematurely. We thank all those student-athletes that participated in that project because we know these last three months have not been easy, having what should have been the best days of high school taken away with no say in the matter.

Though we were able to feature only a handful of seniors in our Spotlight project, we want to acknowledge all the seniors who had their spring seasons cut short.

So, over the several days we’ll be running a new series – Senior Day, recognizing every senior in every sport from around the county.

“This is a very hard-working class, physically and mentally. They are some of the top academic students at the school and they’re also involved in other things, very involved in their school culture and leadership on campus. Really just a great group of kids. They’re kind, respectful and they’re leaders. They were really good role models to the lowerclassmen. We’re going to miss them, for sure. They’re kind of irreplaceable.

“They’re strong academically and strong physically, and I don’t know how they have enough time to sleep.

“What I’m going to remember is how they driven they were. Just watching them grow into leaders, they kind of took point this year and each year they just got stronger and stronger to the point where I didn’t really need to tell them much. They just did it. They took initiative. In anything they did, they gave 110%.” – American Canyon High head coach Sarah Wolfe

“Watching them grow as teammates, watching them grow as leaders of a new culture, because me being new to the team, when I walked in I didn’t have a clue what they had done or how they had done it. Boys like Iona and Andrew, they showed me where to tap into to build the culture that we need to be successfully.” — Justin-Siena head coach Monica Linn

“Overall when I think of this class, they’ve been through so much in their four years at Napa High. But their attitudes have been so positive and they just love being around each other and they love competing for their school. When I think of the kids in this class, there are so many close-knit friends and I think they’re going to be friends for a long time after they leave Napa High. This class in particular really welcomed me when I started coaching two years ago so they have a special place in my heart.

“Overall, I’m going to miss this class a ton. … When you talk about everything coming together for one year, I think this was going to be a really special year for us and not just because of the caliber of athletes but because of what culture they had developed as a team, it was different this year than last year and it felt like we were going to do something really special this year.”

“Beyond the times, these kids really put the program on a really high-trajectory path. I’m sorry that these kids didn’t get to have all those memories that they should have had, things like VVAL championships or going to NCS, they should have had those memories. I’m hopeful that they took away something from the short time we had together because they did make something really unique and really special.” — Napa High Head Coach Will Namnath

“Our five seniors were some of the hardest working and inspirational group we’ve ever had. I’m really sorry they had to cut their season short, as all of them were improving and excited for the season.

“Aidan, our team captain, will be attending the University of Miami where he will study architecture. He had already broken records in diving and set a personal record in swimming.

“Aedyn Frazer, our other team captain, will be attending the University of Hawaii in the fall to major in botany, while also hopefully interring at the Honolulu School for the Deaf. She had one of the lead roles in the Vintage Musical, but still made sure to improve her diving skills and be a team leader.

“Romina will be attending Sonoma State University in the fall to study biology. She worked hard every day and had already set a personal-best time.

“Leslie will be attending UC Davis this fall and her major as of now is undecided. She also had a role in the Vintage musical but still made time to practice and improve.

“And Makayla will be starting at Napa Valley College this summer to begin studying art and medicine. She split her time between swimming and band, but always gave it her all when at practice and also already had a personal best time.” — Vintage High head coach Sarah Tinloy

“They certainly built quite a legacy. All the kids in the program have really focused on that and worked hard to continue that. Unfortunately this year everything got cut short and it was very disappointing, especially for the seniors. This was probably our biggest group of seniors ever and the frustrating thing is that they weren’t really able to enjoy the competition during the season, all the meets and then getting to the championship and potentially bringing home more pennants for us.

“The boys definitely had another shot. The girls were strong again and would have certainly given the other front-runners in our league a run for it. The biggest thing was, these kids were a special group, really fun to coach, brought great attitude every day to the pool and some of them have been on the team for multiple years. A couple of them were newer but at the same time they brought good attitude and were ready to come in and help this team accomplish business and really enjoyed that piece of it.

“It’s kind of bittersweet. I mean no coach wants to lose this many swimmers in one year. We’ve got some good juniors and we were lucky to have quite a few good freshmen, but you never want to see with a small team like ours almost half the team go in one year. … I’m disappointed that we just didn’t have the opportunity to spend the time with these kids that we would have normally had. And not being able to do our senior recognition day, our team picnic, to give these kids the sendoff and the thank you that they deserved.” – St. Helena High head coach Kevin Twohey

Hey kids, looking for something to do? Check out free activities through Calistoga Parks & Rec.

Vintage High's Aidan Davis competes in the 100 butterfly during the Vine Valley Athletic League Championship swim trials at Vintage in 2019.

Napa High's Will Barsotti-Flanders wins the 100 backstroke in 58.36 seconds during the VVAL Swim Championship finals at Vintage in 2019.

St. Helena High's Dyani Lopez has the lead en route to winning the girls 100 backstroke during the CMC Swim Championships at St. Helena in 2018.

American Canyon's Eliana Matteo, left, and Angel Sapida, the eventual winner and runner-up, compete in the 100 backstroke during the finals of the VVAL Swim Championships at Vintage in 2019.