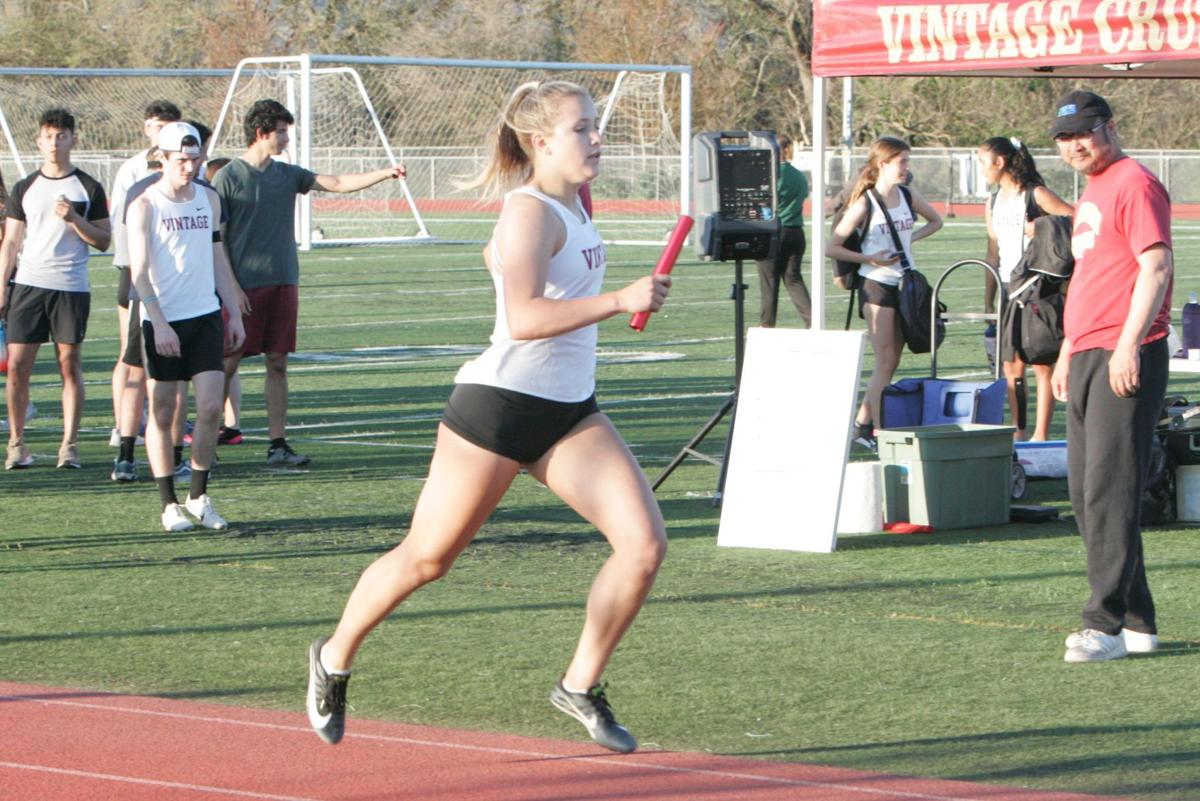 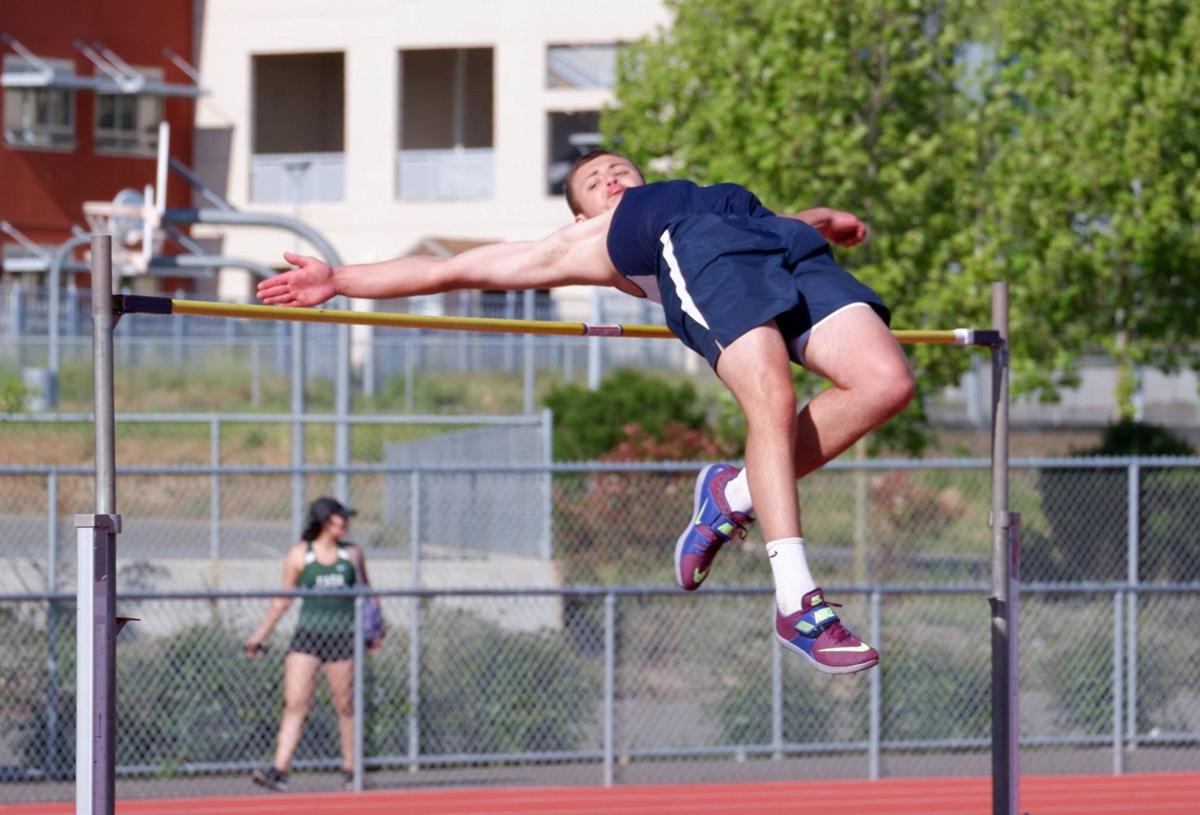 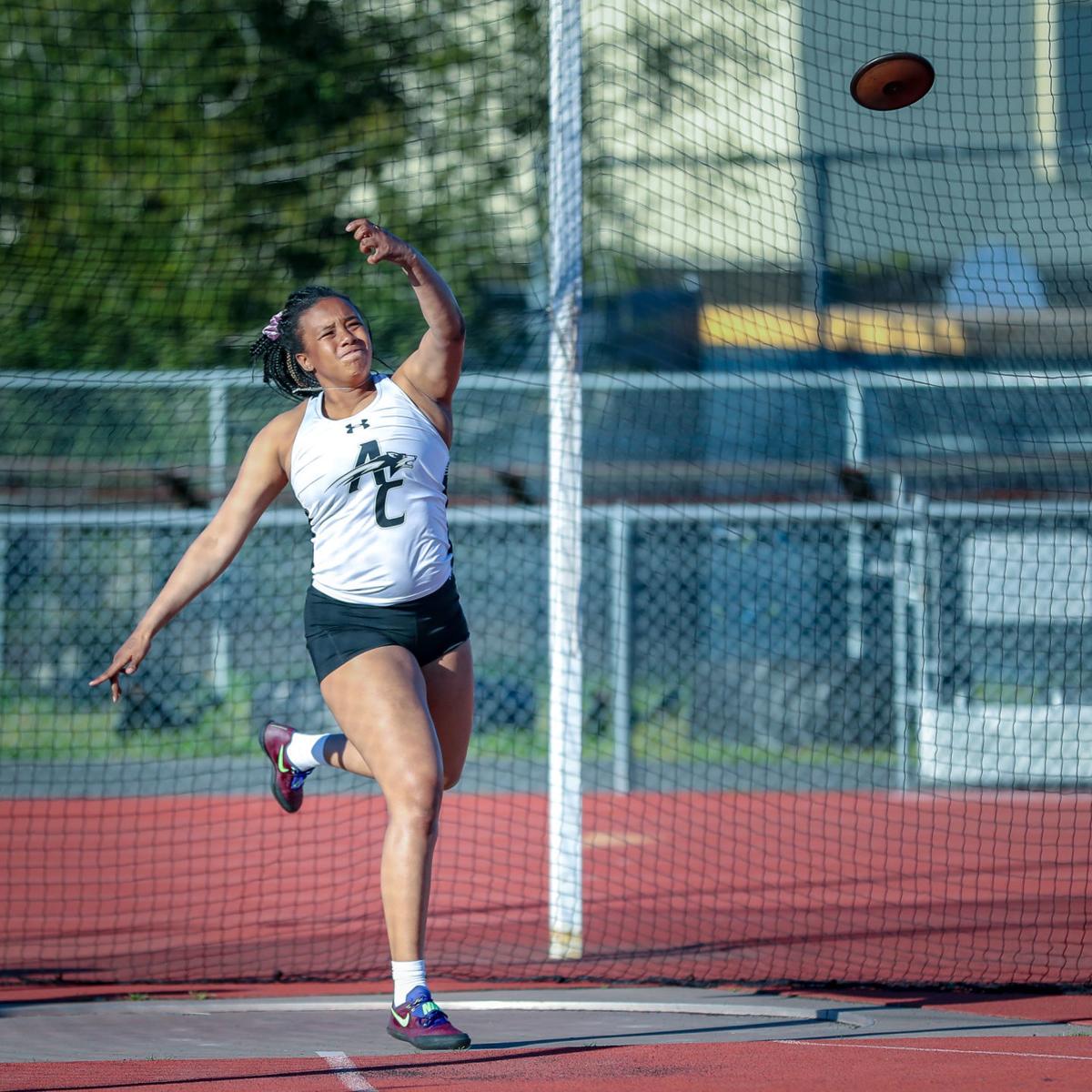 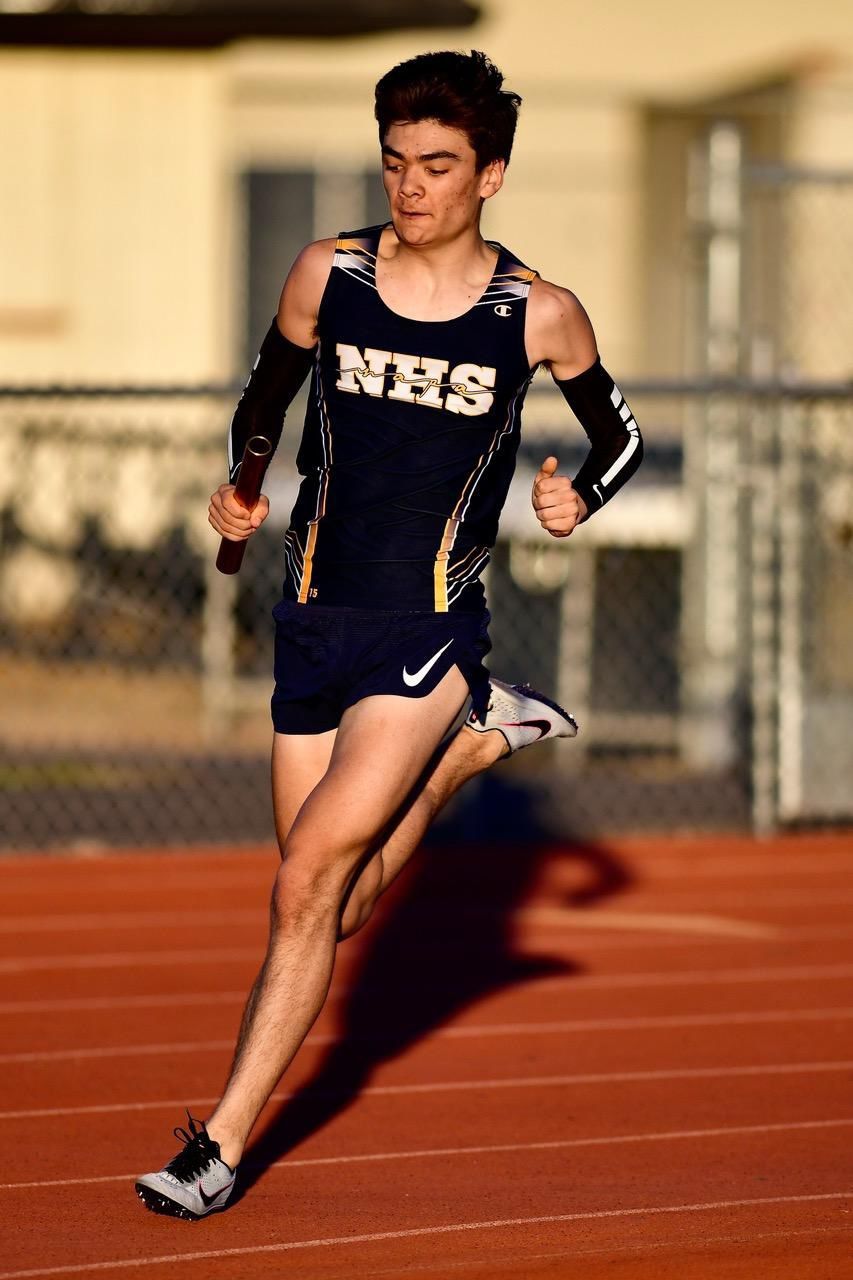 Napa High senior Elliot Surh runs a leg of the varsity boys 4x400 relay in a home meet against Petaluma on March 11. 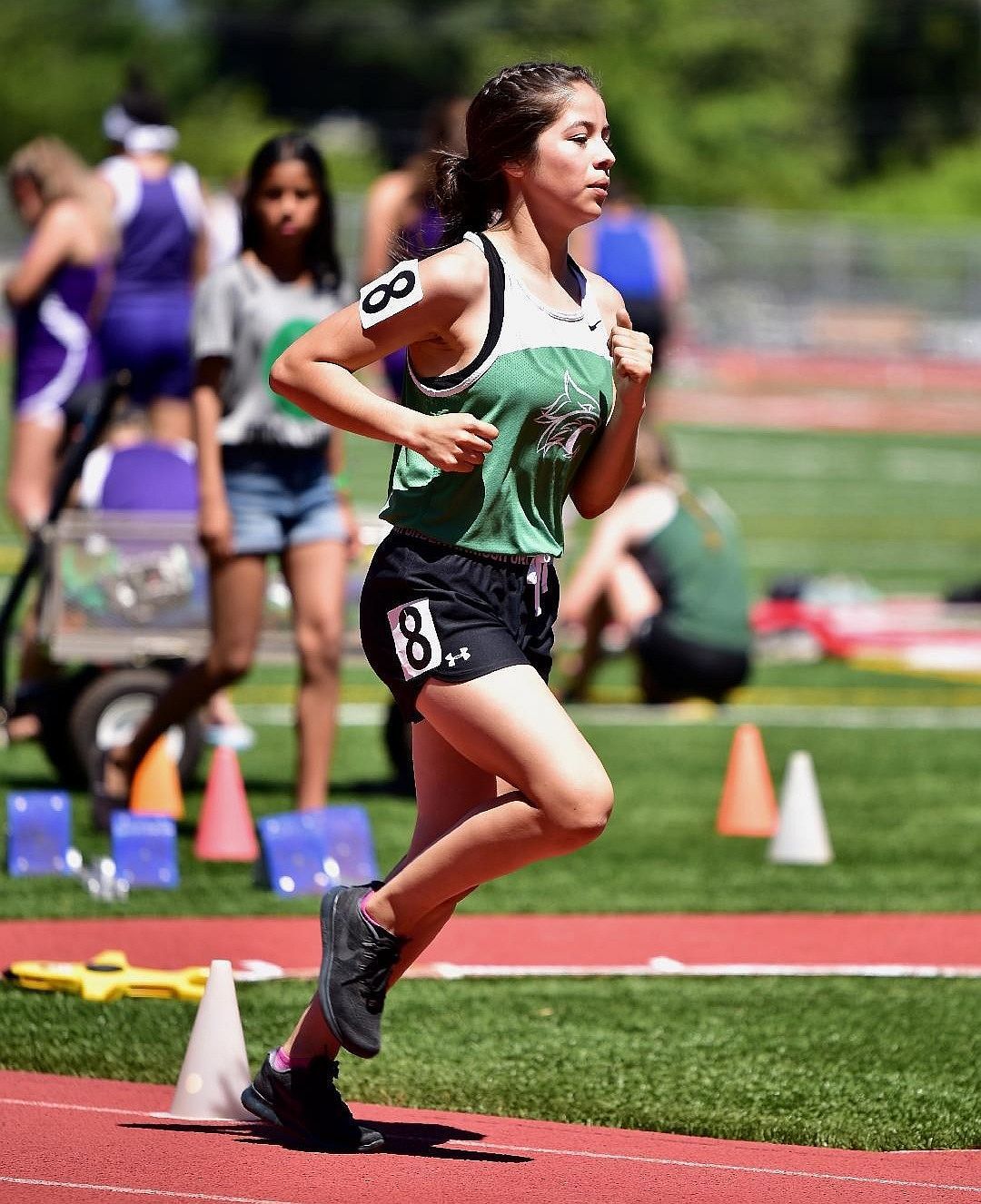 Calistoga's Lizbet Escobedo runs the 1600 meters during a 2018 meet at St. Helena. 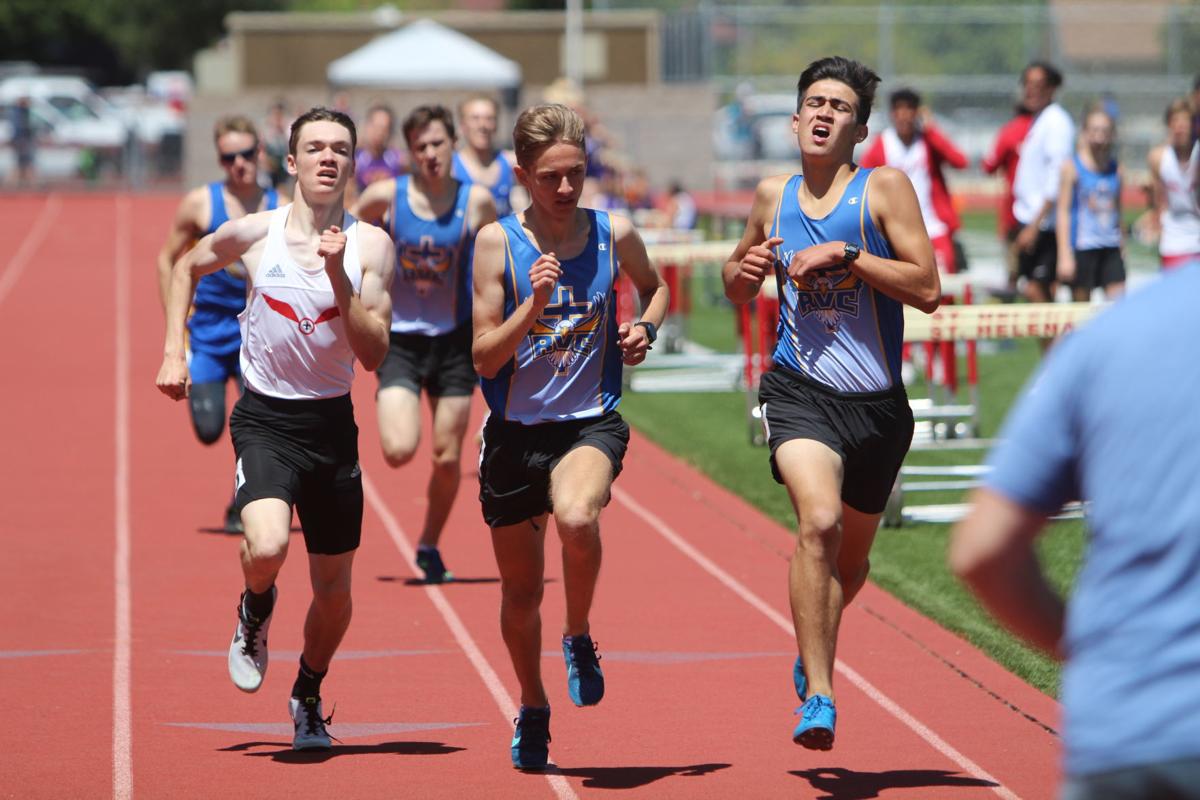 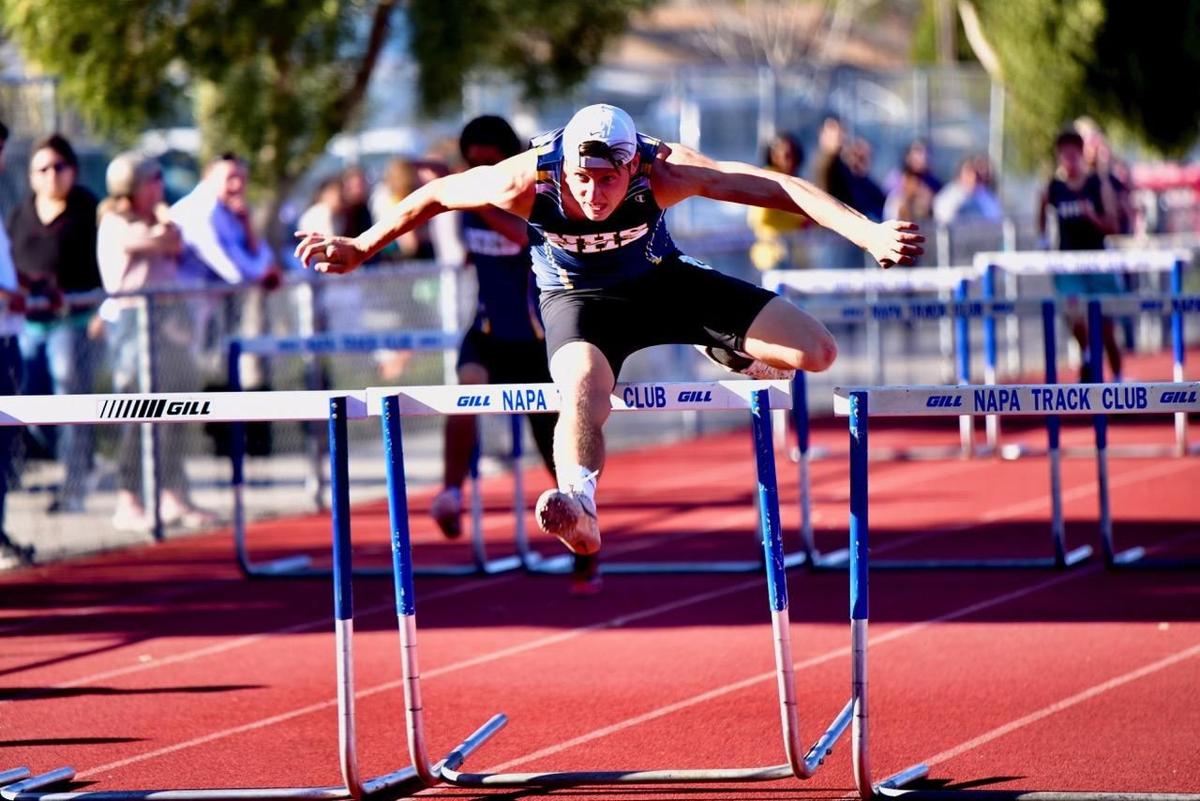 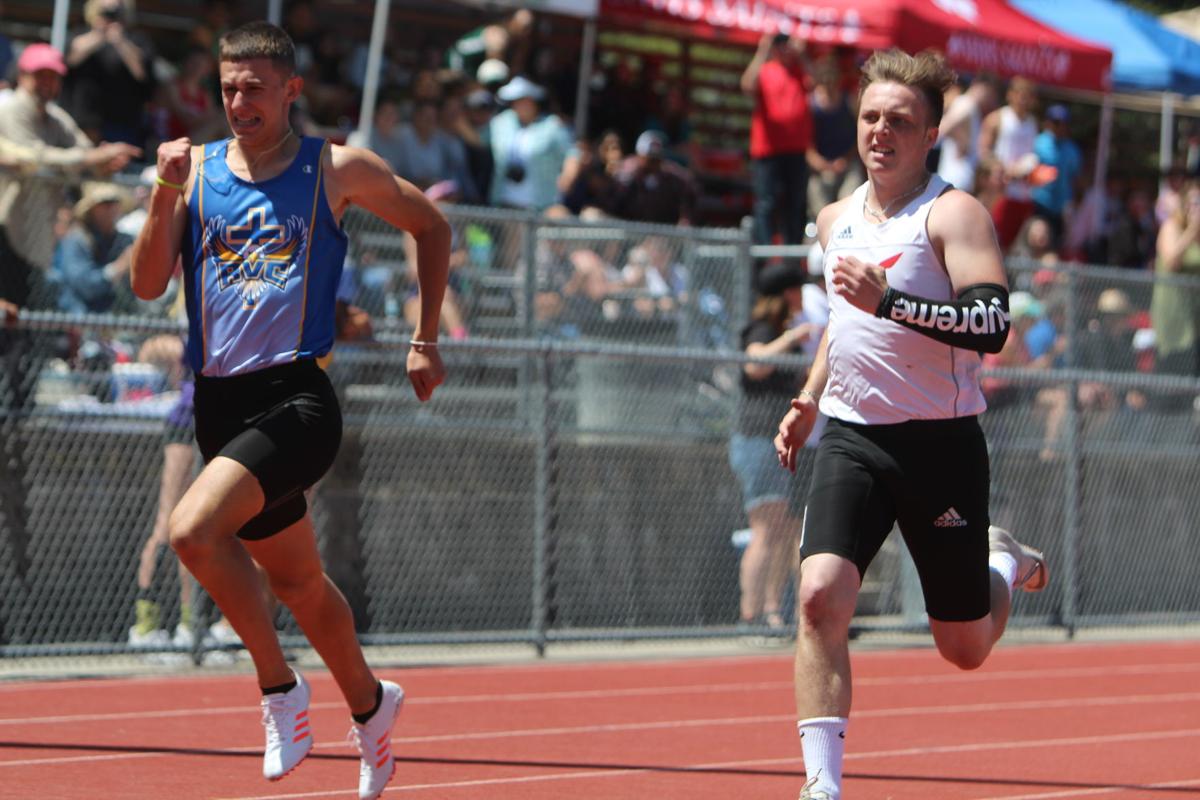 With the 2019-20 school year mercifully in the books, The Register wants to give one last shout out to the athletes of the Class of 2020.

Last week we concluded our Senior Spotlight series, which highlighted some of the top senior athletes from around the county that were in line for potentially big spring seasons before the COVID-19 pandemic ended their prep careers prematurely. We thank all those student-athletes that participated in that project because we know these last three months have not been easy, having what should have been the best days of high school taken away with no say in the matter.

We were able to feature only a handful of seniors in our Spotlight project, and now we want to acknowledge all the seniors who had their spring seasons cut short. So this new series, Senior Day, recognizing every senior in every sport from around the county.

“Our returners – Whitney, Claire, Solomone, Matthew and Blake – have been our stalwarts, kind of strong veteran returning athletes every year, and are among my favorites I’ve ever coached at Justin-Siena. All are super motivated, super talented, and just a lot of fun. Then we had Liam join the group starting last year at just a zero-to-60 tilt, winning the league championship in the high jump, just bringing more determined, motivated energy to the group.

“We were so fortunate to have four new girls this year – Eva, Sophia, Iana and Bailee – and they’re all talented athletes in a whole other realm. They were brave enough to come out and completely embrace it. Every practice they were working out what events they were going to do. Those girls came out and it was like they had been there the whole time.

“So we ended up with this great set of talented athletes, but they were also really motivated and turned into being fantastic leaders for what was a pretty big and pretty young team. I was super grateful that we had six weeks with them, at least, because it totally allowed everyone to see that they were such a super high quality set of kids. We just wish we could have finished the season with them.” – Justin-Siena head coach Tracy Martin

“This is a group that I started out with as a head coach. This was a group that, particularly on the girls side, that (assistant) coach Steve Hatton was really, really excited for because of their size and their athletic abilities. There was just something about this particular group where you knew that they were going to stick it out, and you don’t find that a whole lot through the course of different classes.

“The thing I’ll remember most about them is their level of commitment. When you start off as a head coach and you’re looking to dial in your vision of what the program should be, you typically start off with your freshman class and you build from there. Every year I have coached, the program has gotten better because these kids bought in.

“These are kids that we built the program around and they’re the ones that bought in and from there they have built the culture. For them to get on board with the direction that us as coaches wanted was huge. If you can’t get them to follow you don’t have much. That was huge for us that they were able to really dial the program in and from there we were able to really build well with them. That to me is the thing I’ll remember most, is that this is the group that I grew with. This was the group that kind of kicked it all off.” — Napa High head coach Kamron Jones

“In March, when everything was still new and we didn’t know the season was going to be over, I reached out to all the athletes and told the seniors that the Class of 2020 is about as tough as it gets. These kids have been through a lot in their high school careers, everything from fires to the PG&E shutdowns to fires from other counties, like in 2018 with the Camp Fire. So I’m so thankful that I got to be around them and our future is super bright because these kids are resilient. Nothing but hard workers, no complaining or feeling sorry for themselves. As a coach, you can’t ask for much more than that. I feel privileged I got to be around them, let alone coach them.

“I told them individually that they set the foundation. Even though they didn’t get to meet their goals that they had set for themselves, they set a foundation for the future. They showed the underclassmen how to work and what it’s like to be a champion. For that I’ll be forever thankful to them.

“It’s unfortunate that they don’t get immediate gratification but I told them, long term, they set a foundation that they’ll be able to come back and be super proud of.” – Vintage High head coach Dave Augustus

“The words that I would use to describe the seniors of St. Helena track and field are ‘great expectations.’

“The first track meet that (many of them) competed in as freshmen was the Tim Bruder Relays. They were anxious and enthusiastic about their first high school track meet, and came away with several top finishes, confidence, and ‘great expectations’ about their future potential as Saints. The precedent of success had been established and that continued throughout their Saints track and field careers.

“Freshman and JV records were broken by both Ryan and Cody during their first two years and advancement to the NCS Meet of Champions, where they competed in individual and both relay events along with their teammates. Success continued their junior year, as several Saints athletes qualified to compete at the NCS Meet of Champions, including Ryan in the 100, Jake Lehman in the 110 hurdles, (junior) Harper McClain in the 3200, and the boys 4x100 relay team, made up of Ryan Searl, Jake Lehman, (sophomore) Ivan Robledo, and Cody DiTomaso, which broke the previous school record!

“Both 2019 boys and girls teams finished second in league, only to be topped by eventual section champions Middletown and Fort Bragg. But we were able to send our first athlete since 2007, Harper McClain, to represent St. Helena at the CIF State Championships in the 3200.

“Many of the ‘great expectations’ of the Class of 2020 athletes on the track and field team were met, some exceeded. But most importantly, it is the legacy that they leave behind that will inspire future Saints for years to come.” — St. Helena High head coach Dave Pauls

After a tumultuous 1-7 season, Calistoga High football started winning when alumnus Mike Ervin took over as head coach in 2006.

Our 45th edition of Napa Valley Up & Comers features Natalie Scott of Vintage, Angelina Phinney of Justin-Siena, and Caitlyn Mendoza of American Canyon.

Justin-Siena, which was the first school to begin in-person workouts in June, is also now the first to resume them following a multi-week stoppage.

Napa High senior Elliot Surh runs a leg of the varsity boys 4x400 relay in a home meet against Petaluma on March 11.

Calistoga's Lizbet Escobedo runs the 1600 meters during a 2018 meet at St. Helena.