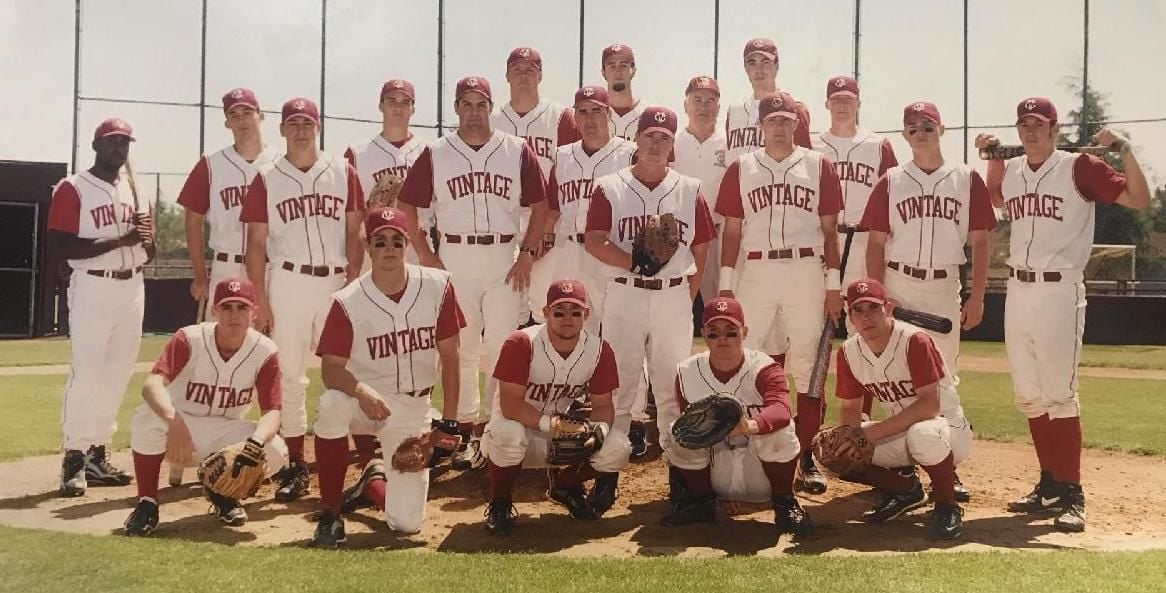 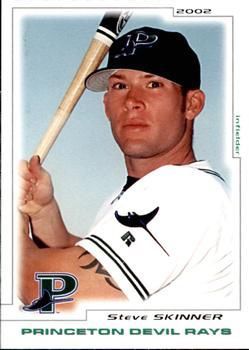 Steve Skinner, one of the 1999 Vintage High baseball team's standouts, is seen on one of his minor league trading cards.

While the coronavirus pandemic has led to people losing their lives or jobs or being compromised, it has also meant no sporting events.

Times like this bring out my reflective side. While most of my former career as a sports reporter was on the Upvalley beat, I got a taste of the city of Napa on the high school sports front on an intermittent basis and have thought about events and people I covered to this day.

One team from back then makes me think of the basic ingredients of a thunderstorm – moisture, unstable air, and lift – and how it’s most likely to occur in the spring and summer.

Well, high school baseball season happens in the spring and the 1999 Vintage Crushers were a perfect storm if there ever was one.

The Crushers epitomized team chemistry. Most of all, they had a tenacity level that made you think you were watching a team from 1975. In a nutshell, it was one of the most self-motivated high school sports teams I witnessed on a regular basis.

Vintage entered the 1999 campaign having lost its ace pitcher, Charlie Frasier, to graduation.

Twelve of the 18 returning Crushers were seniors who had gone a combined 14-14 in the Monticello Empire League the previous two seasons. Second baseman Lorin Brambila, pitcher Wes Frey, pitcher-outfielder Dal Wilson and catcher Derek Texdahl had varsity experience as sophomores, and shortstop Steve Skinner as a freshman.

Throughout the journey, head coach Rich Anderson preached the importance of being fundamentally sound, and his players executed in such a manner all season.

Assistant coaches Fred “Scroof” Scaruffi – who died in 2002 – and Billy Smith complemented Anderson with their presence, the former on the pitching side and the latter on the hitting side. The staff appealed to multiple generations. At the time, Smith was experienced but still in his early 30s. Scroof, who was in his late 60s, could be gentle and funny one moment and a ball-busting old-timer the next.

If I had to think of a word to describe these players, it would be “grinders.” The Crushers went 27-5 overall and 13-1 in the MEL on the way to the league title, edging out rival Fairfield. What was most compelling about that season was how Vintage and Fairfield were polar opposites in how they carried themselves. The Falcons went on to win the CIF Sac-Joaquin Section Division I title – something that sticks in Crusher fans’ craw to this day, at least from that generation.

Fairfield was the team that carried a swagger, and the Falcons were not afraid to tell you how good they were. Though the Crushers went 2-2 in the SJS Div. I playoffs, losing 6-1 to Fairfield and 6-2 to Tokay, they proudly carried the narrative of playing with your bats and gloves, not your mouths. When Vintage clinched the MEL title, they walked off the field as if their parents had called them home for dinner. Translation: You’ll be hard-pressed to find a less-celebrated league title by a team.

The 1999 Crushers rewrote the school record book with 27 wins and 196 runs scored, recording win streaks of 12 and 11 games along the way. Vintage won 21 of its last 22 regular season games.

With the loss of Frasier, Anderson had a decision to make, so he moved Frey into the starting rotation and the hard-throwing righthander rewarded him with an 11-0 season after he was 0-5 as a junior. Frey recorded an ERA of 2.51 and struck out 52 batters in 53⅓ innings. Wilson, a lefthander, was the perfect complement to Frey in that he was a mixture of power and finesse. If you needed someone to punctuate the game out of the bullpen, Andrew Workman was your guy with his Kent Tekulve-like sidearm delivery.

On the offensive side, the Crushers were a machine led by the record-setting Skinner, who broke the season mark for batting average (.528), hits (48), runs scored (39), stolen bases (22) and home runs (8). Skinner was the MEL Most Valuable Player and, though he was undersized at 5-foot-8, 170 pounds, he had incredible range and howitzer for an arm. You name the play, Skinner could make it. Diving, backhanded stop deep in the hole between second and third? Check. Charge a slowly hit groundball? Check. I have never seen a shortstop double-clutch and still fire a Brett Favre-like bullet to first base for the out.

Vintage’s lineup gave opponents no breaks. The Crushers compiled a .338 team batting average, with 12 guys registering averages north of .300. Those players included Brambila, centerfielder Jared Kimball, Brian Massey, Texdahl and Wilson. The offense and pitching were so dynamite that it became easy to overlook the stout defense of players such as Skinner, Brambila, Massey and Texdahl.

Though the Crushers outscored MEL opponents 124-54 and averaged 6.9 runs per contest, the season was also typified by clutch hitting. One moment that exemplified that quality was a winning RBI single by Brambila in the MEL opener against Vacaville that kickstarted Vintage’s 13-1 stretch in league play. Brambila also had a winning two-run single in a 10-inning win over Fairfield that avenged the Crushers’ lone MEL defeat.

When I look at the 1999 Crushers, they didn’t have sweat stains and grass stains on their uniforms just to keep laundry detergent companies in business. They wore them as badges of honor.

I hope you are staying safe during these exceedingly difficult times.

Steve Skinner, one of the 1999 Vintage High baseball team's standouts, is seen on one of his minor league trading cards.