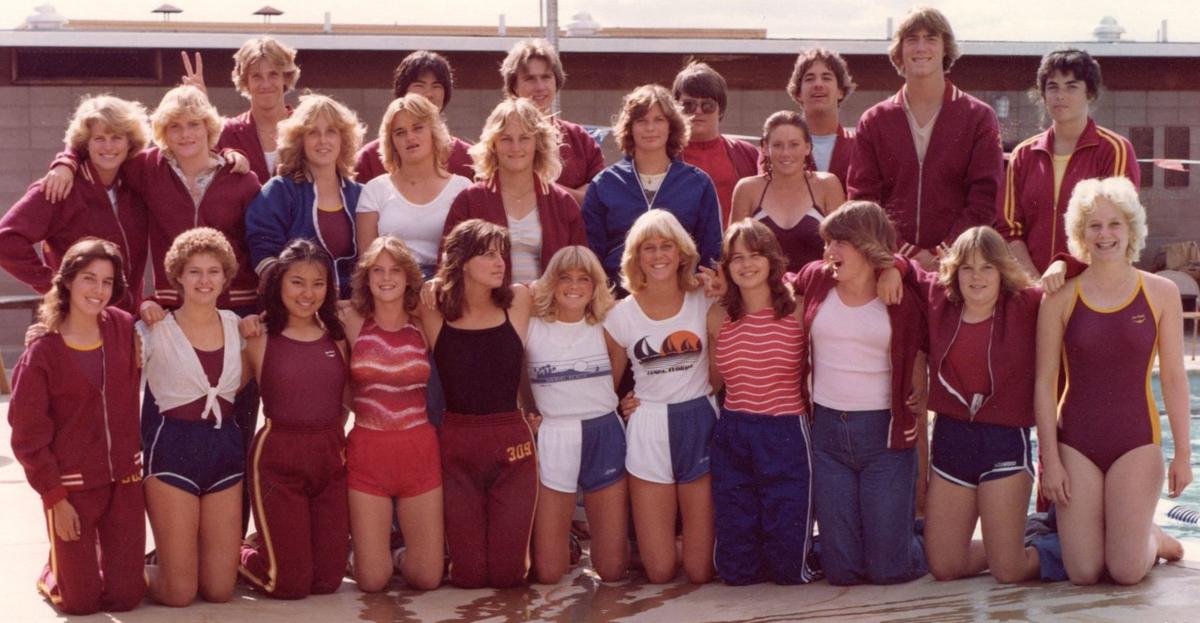 Liza Saunders, upper right, poses with one of her first Vintage High School swim teams in the early 1980s. 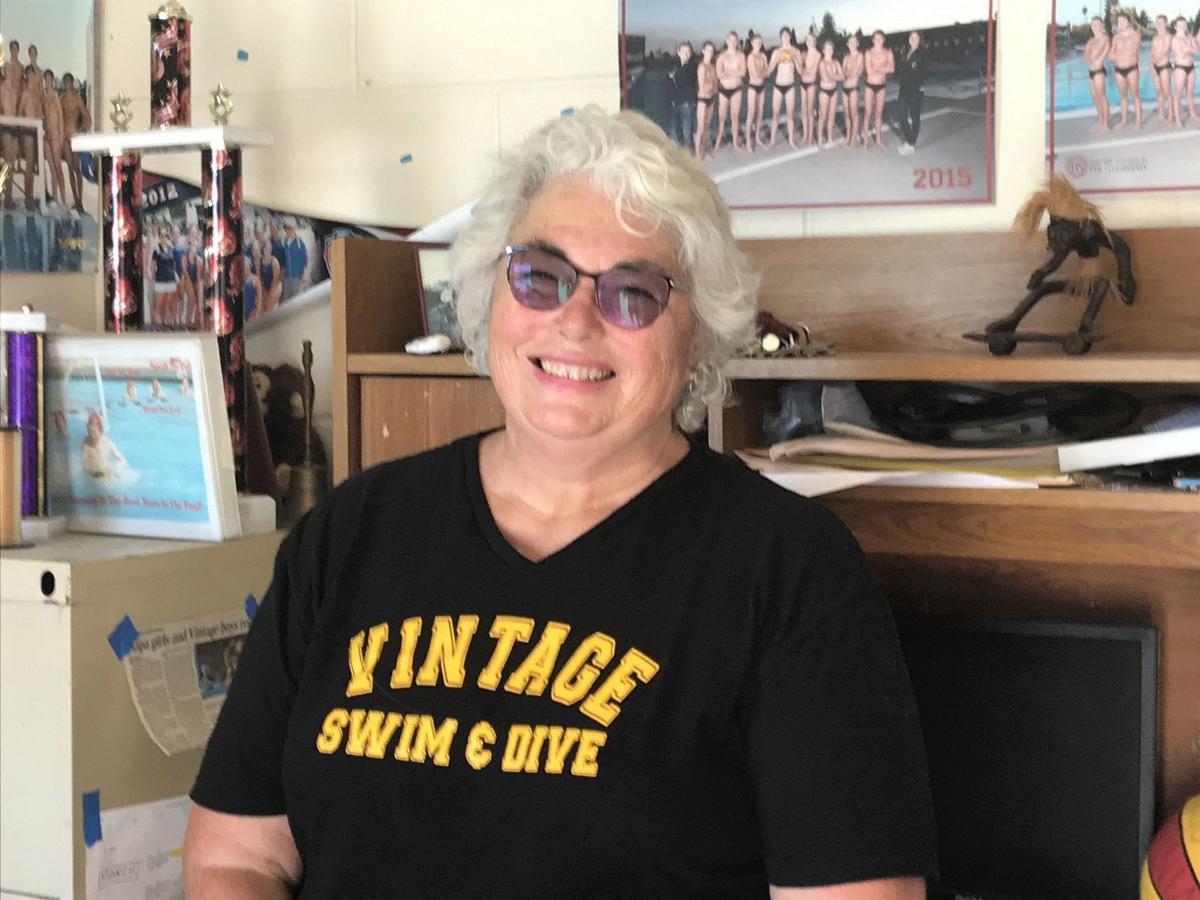 Liza Saunders is shown last week in the office at the Vintage Aquatics Complex. 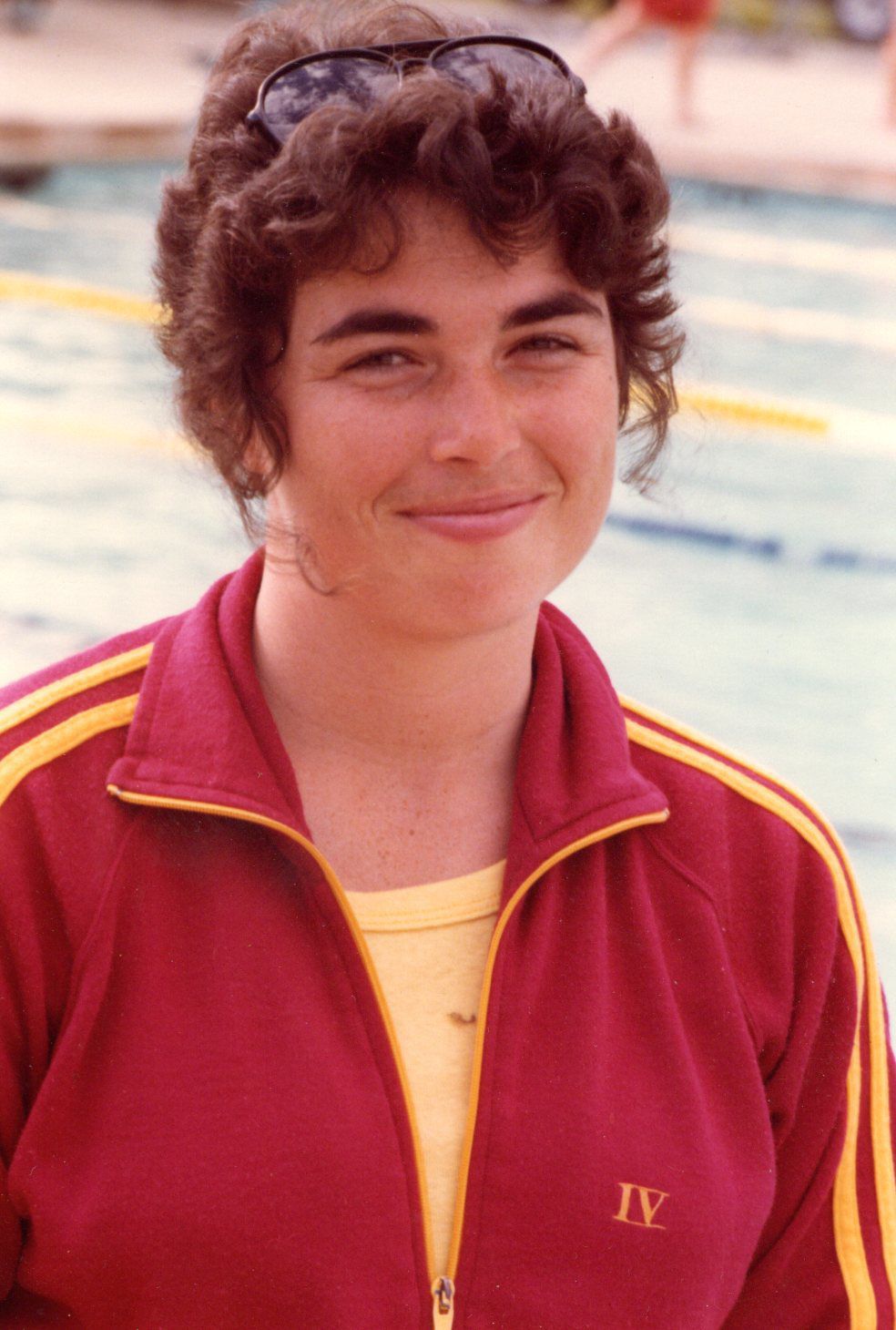 Liza Saunders in the early 1980s, when she was Liza Spahr. 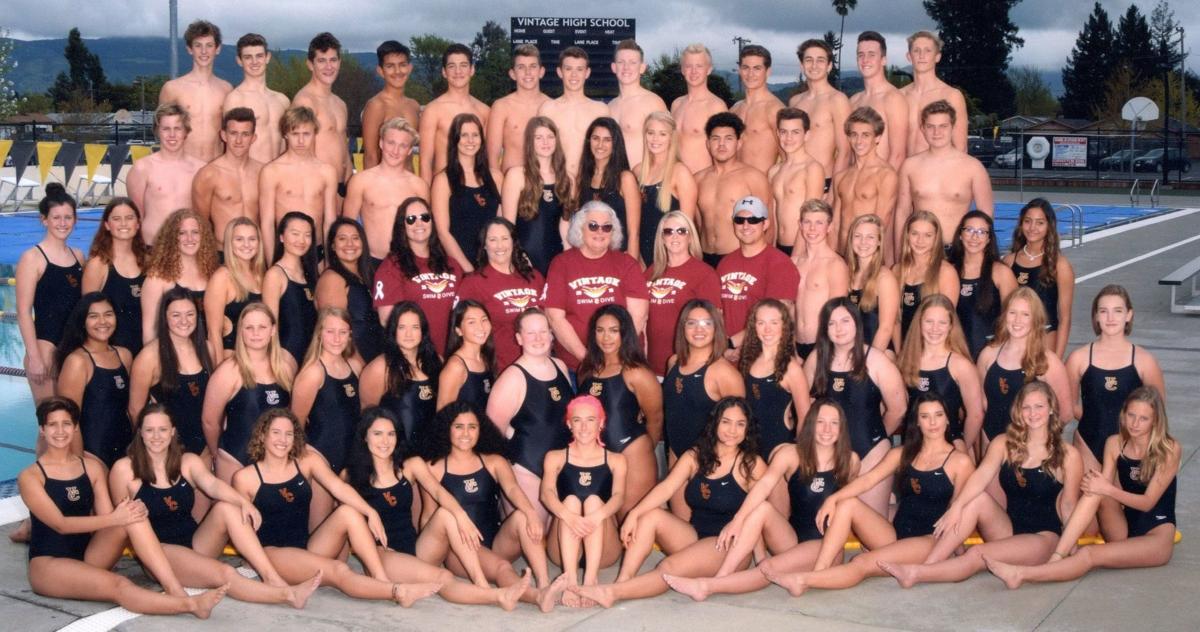 Liza Saunders, upper right, poses with one of her first Vintage High School swim teams in the early 1980s.

Liza Saunders is shown last week in the office at the Vintage Aquatics Complex.

Liza Saunders in the early 1980s, when she was Liza Spahr.

Liza Saunders has had a longtime love for competitive swimming. She calls the pool her happy place.

It’s where she has spent so many years – both as a competition swimmer and longtime coach.

It’s where she has worked with young swimmers, providing instruction, helping them with their training in all of the events, instilling a discipline for the sport, and leading very talented boys and girls teams as Vintage High School’s head coach since 1978.

It’s where she discovered something that she wanted to do with her life – coaching.

“I get to work with wonderful kids,” Saunders said Monday at Vintage’s aquatic complex. “And we’re quite a community. As I’ve been looking back at the (team) pictures, each group held something fabulous to me.

“It’s something I have loved. I have had a lot of great kids. I’m still friends with a lot of those kids. The kids have liked doing what I like doing – they enjoy swimming fast. They enjoy being on the team.” Saunders retired from her coaching position at the end of the 2019 season. In just a few weeks, she will be honored for her five decades of directing one of the top programs in the North Bay.

Saunders will be inducted into the Vintage High Athletic Hall of Fame. There are seven others who were also selected for this year’s Hall of Fame class.

“I think it’s time. I love the kids. I have a great rapport with all of them,” said Saunders, 66. “I felt like I’ve done everything I set out to do. It’s time for me to travel a little bit and do some fun stuff with my husband (Bob Saunders) in the spring time. That’s important.”

The newest class will be introduced at Vintage’s Hall of Fame Game on Friday, Sept. 6, when the Crushers faces Acalanes-Lafayette in a nonleague game at 7 p.m. at Napa Memorial Stadium.

A dinner and enshrinement ceremony is on Saturday, Sept. 7 at the Elks Lodge of Napa. Tickets for the event go on sale Aug. 1. More information is available at vintageboosters.com.

The mission of the Vintage Athletic Hall of Fame Foundation, which is now in its seventh year, is to recognize and honor the outstanding achievements of individual athletes, coaches and/or special individuals who have contributed to the development, success, tradition and integrity of VHS athletics.

Individuals may be nominated in one of the three following categories: athlete, coach, or special/other.

The selection committee reviews the submitted nominations and makes its recommendations to the board of directors. The board approves the recommendation.

Saunders, whose maiden name is Liza Spahr, was selected for the Hall of Fame as a coach. She has coached since 1970, when she began as a private swimming instructor for ages six months to age 80.

“It was something that I’d wanted to do since I was a kid,” said Saunders.

Saunders took over on a temporary basis for about a month in 1970 when Ray Fields, the coach of the Mare Island Swim Team, traveled to Greece for a vacation.

“He said, ‘Well, Liza can coach the kids,’ ” recalled Saunders. “I ran practices and started helping with the younger kids, teaching them. I discovered that I like coaching. I coached the team. I thought this is something I could do. That’s how that happened.”

Saunders also helped out with timing duties for the Napa High boys team during meets in 1970 and ’71.

This is when she decided that she wanted to coach high school swimming, as she was a senior at Siena High School in Napa at the time.

Saunders learned how to swim by taking lessons from Ruth Von Uhlit at the Von Uhlit Ranch in Napa.

She started competing at age 10 for the Vichy Springs Sea Hawks, coached by Jenny Marshall. When Vichy Springs closed, the team became the Sea Hawks of Napa.

She swam in seventh and eighth grade for the Silverado Junior High team.

She swam in college for the Sonoma State club team in 1974 and ’75, and also played on the volleyball team.

Saunders coached JV volleyball in 1977 and took over the swim program in 1978.

This year’s boys team won the Vine Valley Athletic League title in the very first year of the new league, which is a member of the CIF North Coast Section.

Vintage won with a 374.50 score at the VVAL championship meet, which the Crushers hosted in late April. The girls team was second.

At Vintage, Saunders has worked with both year-round swimmers from club teams who swim for the Crushers and single-season athletes.

“I was lucky to have some great club swimmers. But I was also just as lucky to have a group of high school swimmers that were able to be managed together – to make the teams that were created at Vintage High, kids that had the ability, the want, and the desire to be there,” said Saunders, who was the co-athletic director at Vintage from 1993 to 1999.

“I was so fortunate. It’s working together. I thank the parents groups that I’ve had come through here to help me and the assistant coaches. I’m just honored. It just takes me back. Overwhelmed sometimes.”

Saunders was named as a recipient of the 2009-10 CIF Sac-Joaquin Section Model Coach Award. The award honors coaches who are positive role models within schools and the community at-large.

Saunders was honored by school officials during a gala opening for the Vintage High aquatic complex in August of 2007. She was presented with a plaque, recognizing her for her years of service, commitment and dedication to the program, considered one of the best in the area.

A competition pool that was patterned after the Avery Aquatic Center at Stanford University, it measures 37 meters in length, 25 yards wide and has 14 lanes that are used for meets. The facility, also used by water polo teams, was built with funds from Measure M that passed in 2002. It features two 1-meter diving boards and the pool depth ranges from 3 to 13 feet.

For years and years, because it didn’t have a pool, the Crushers would have to train either at Napa Valley College or Napa High.

“I have tried to meet every kid at the door, every single one, to say, ‘Hi, how are you? How’s your day?’ “ said Saunders. “I tried to look for the best in every kid as a person as well as in their techniques, and to work on that and what they could bring to the table, to the whole team.

Saunders retired as a teacher at the end of the 2010-11 school year from Redwood Middle School after a career spanning 33 years with the Napa Valley Unified School District. She continued with her head coaching duties at Vintage.

“I continued to coach swimming because that was my passion,” she said.

She taught P.E. and adaptive P.E. at Redwood. Saunders was an adaptive P.E. specialist/teacher with the Napa County Office of Education

At Vintage, she has worked with Norma Hill, Carol Hisey, Marge Hartman, Pat McGill and Darla Williams in P.E. and athletics over the years.

The Vintage High girls water polo team went 2-2 and placed fourth in its bracket at the Sierra Shootout Tournament, held Friday and Saturday a…

Vintage High School Athletic Hall of Fame: Steve Wallace remembered as one of the best