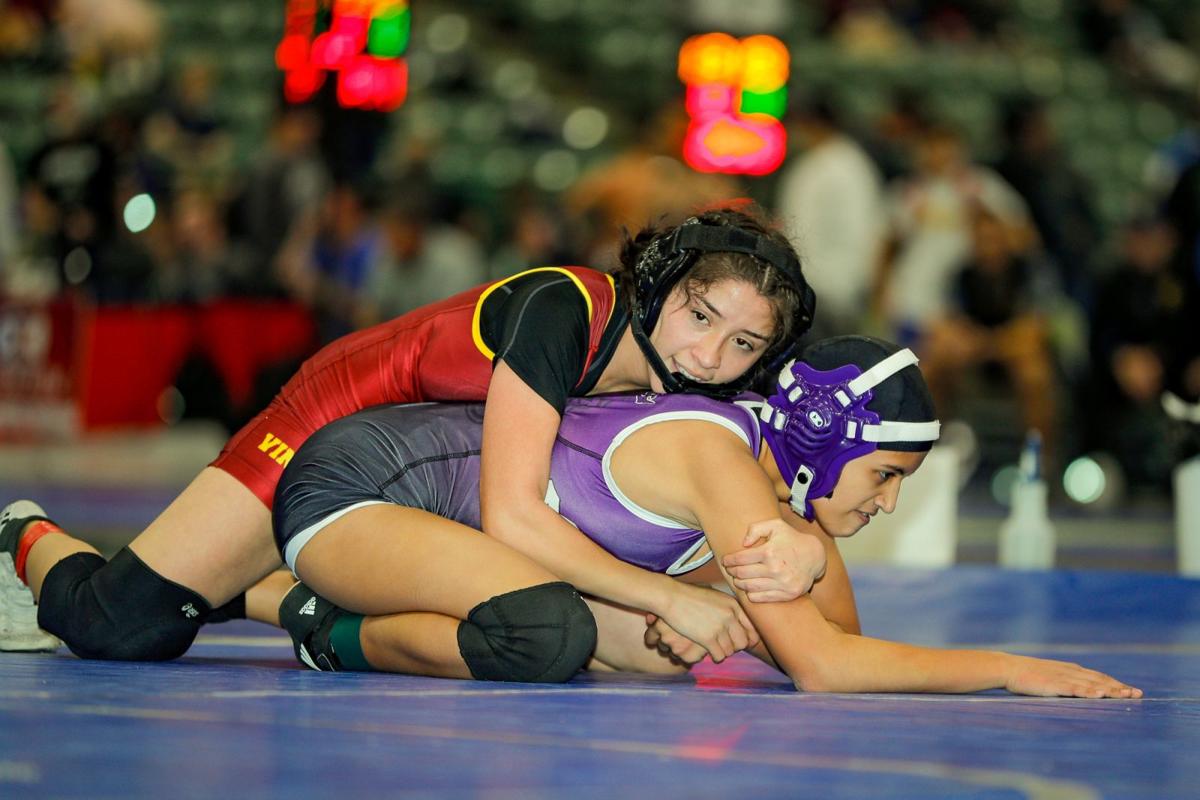 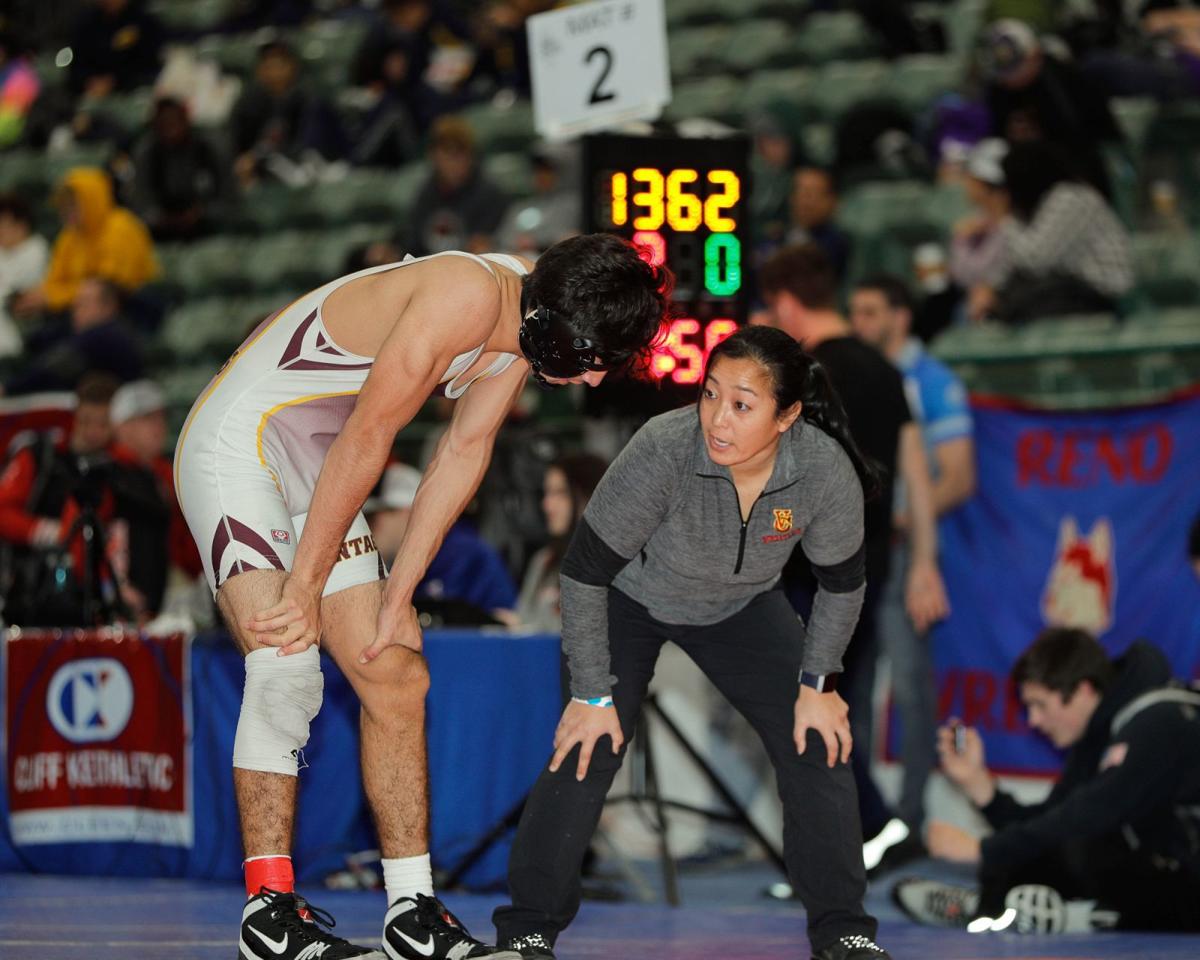 Vintage head coach Maika Watanabe talks to Stephen Ramirez during his opponent's nosebleed timeout on Dec. 27 at the Sierra Nevada Classic in Reno. 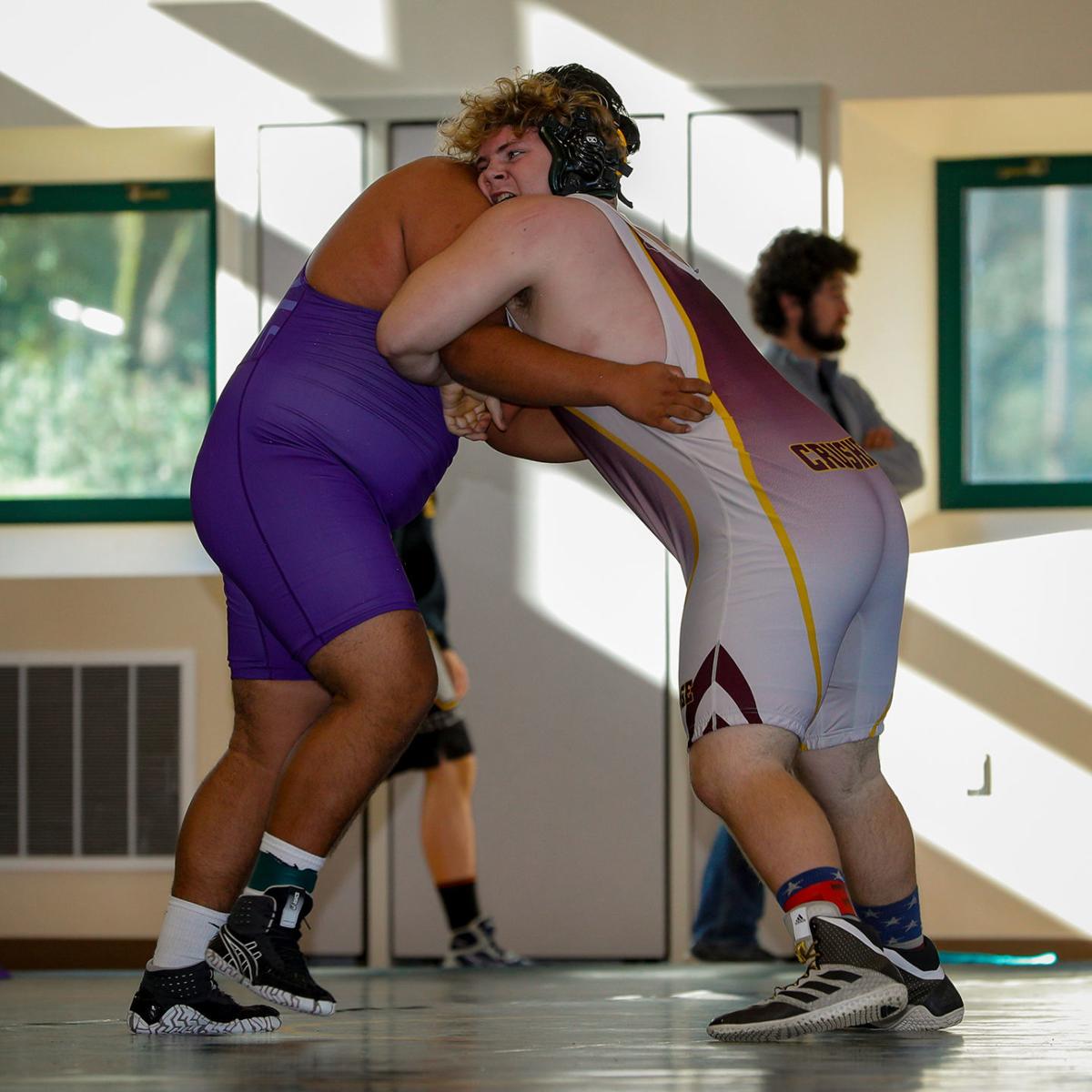 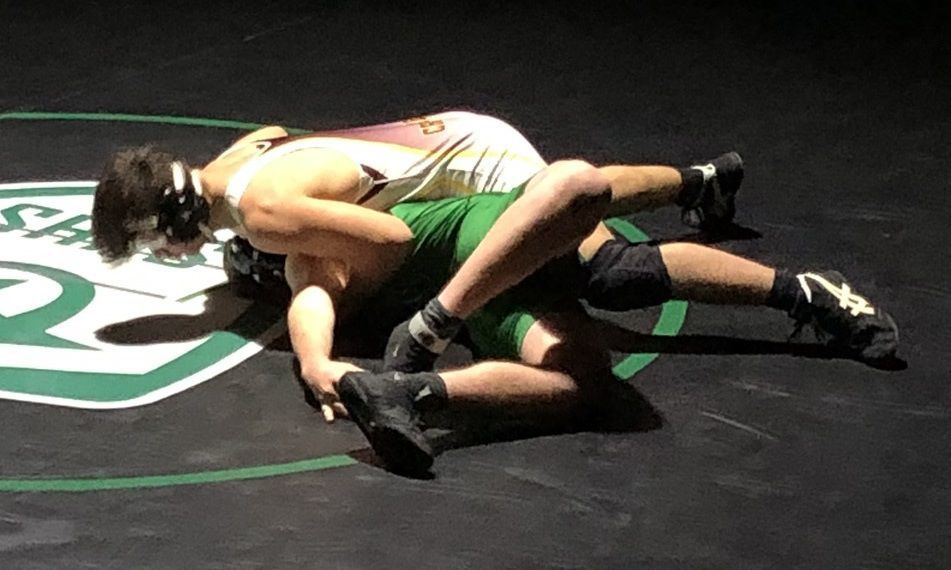 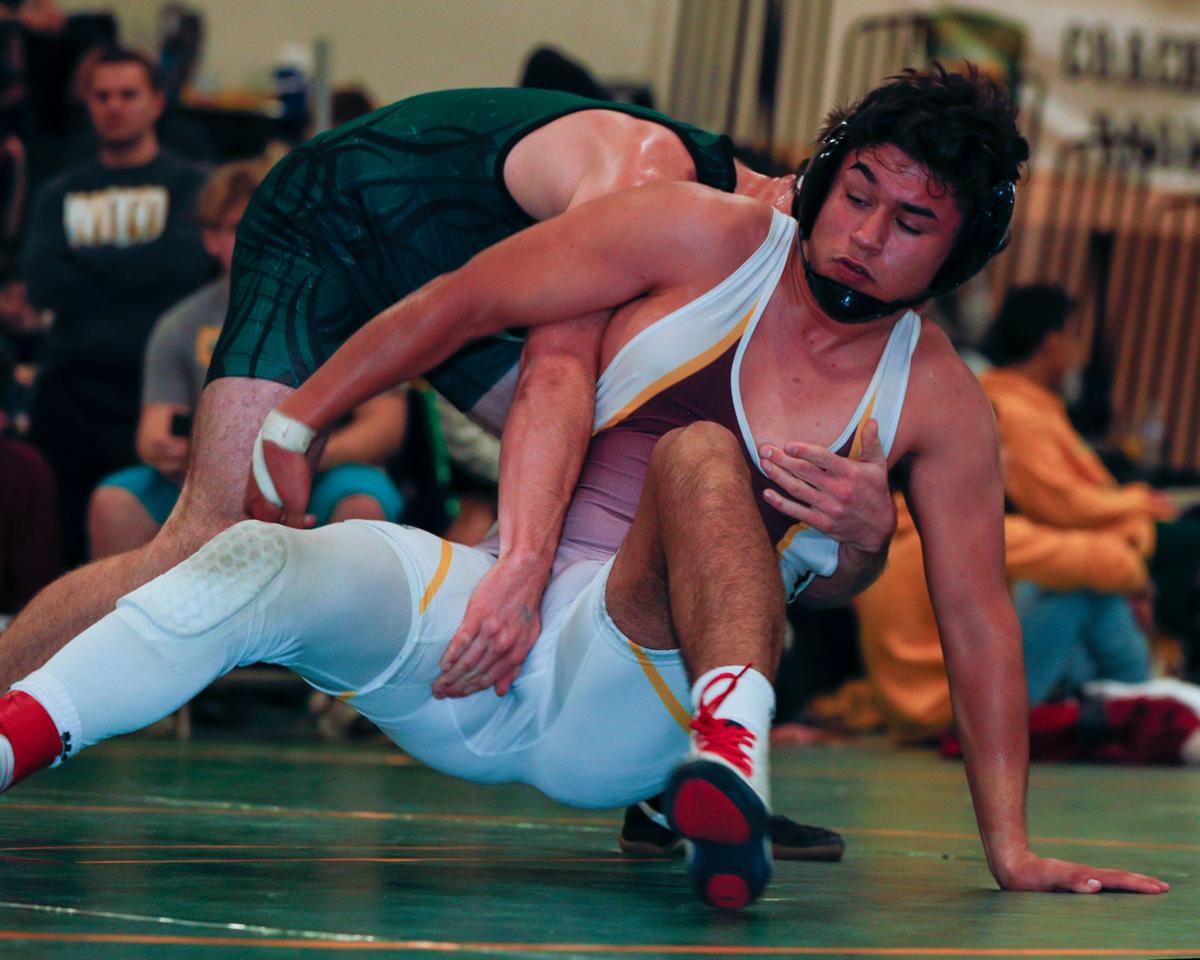 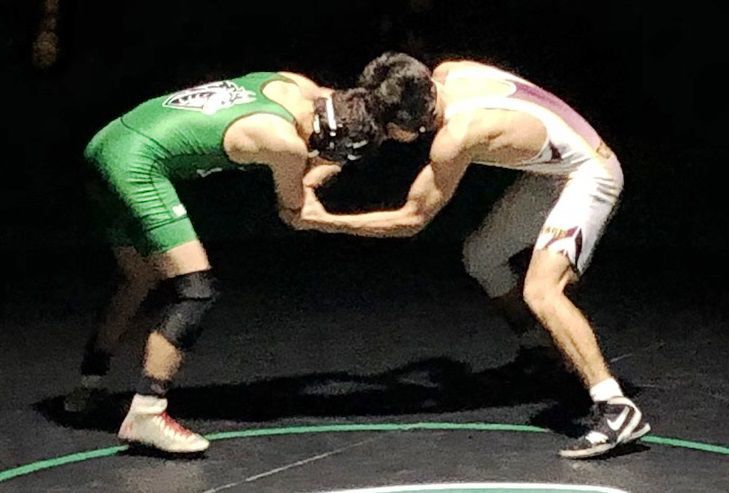 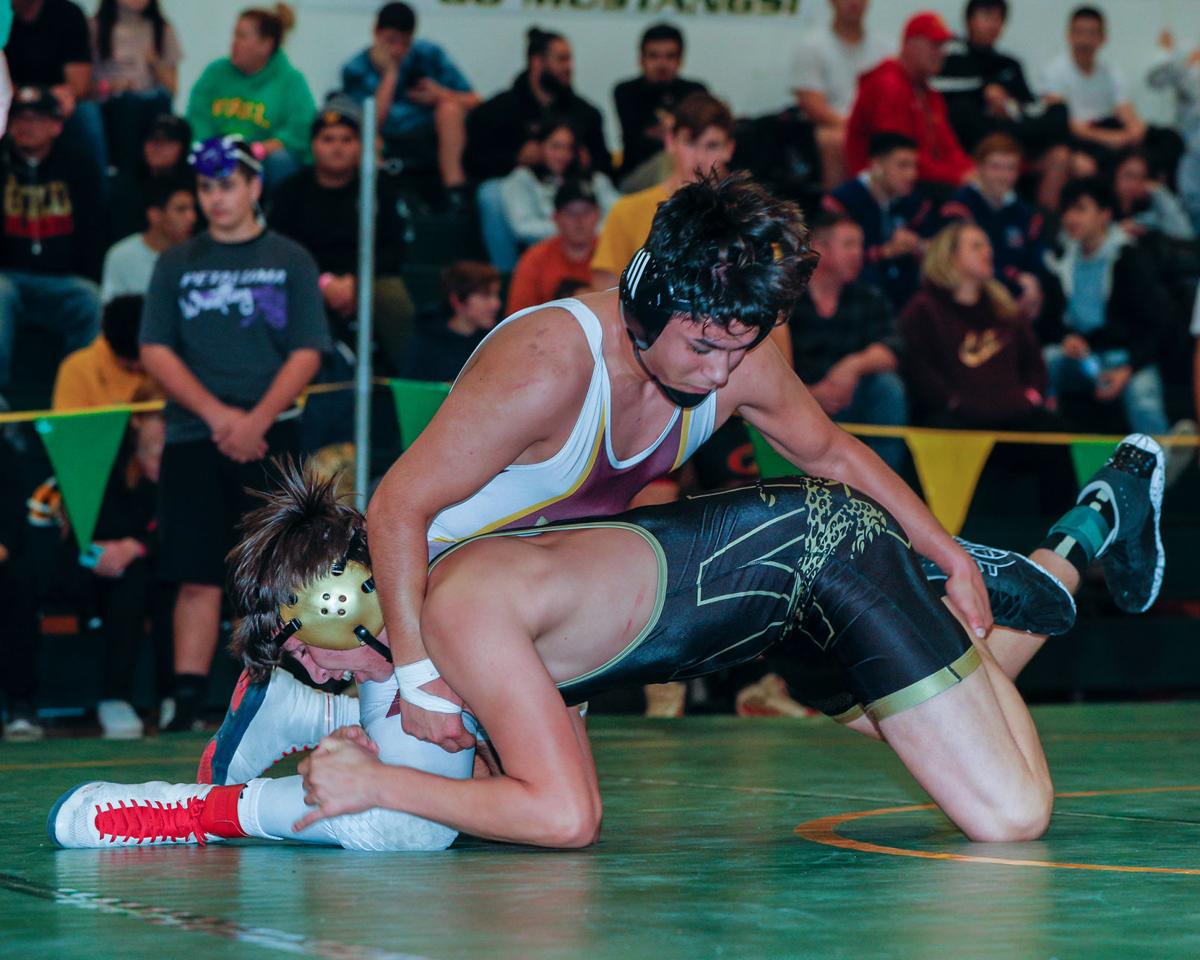 Vintage head coach Maika Watanabe talks to Stephen Ramirez during his opponent's nosebleed timeout on Dec. 27 at the Sierra Nevada Classic in Reno.

The Vintage High wrestling team has a mix of veterans and novices on both the boys and girls sides, with returning North Coast Section Championship qualifiers looking to make the next step to the state meet.

Valle, the team captain, is showing his leadership in his hard work on the mat and in his presence as a wrestler, head coach Maika Watanabe said.

“He is becoming very technical in scramble situations and has grown since he started wrestling his freshman year,” she said.

“Dominic just came off of an incredible feat at the Sierra Nevada Classic, placing eighth. He is looking stronger this year and has been successful in every tournament thus far.”

Fiske had the best record of the returners at the NCS meet last year, 2-2.

Stephen Ramirez, a junior, is making up for the mat time he lost last winter.

“He is coming off of an injury last season, but is building a key role on the team,” Watanabe said. “He is very technical and has a lot of skills in all positions on the mat.”

Sophomores Dylan Smith and Niko Smith have also been competing at varsity tournaments.

“We have been pushing both of them to gain more experience at the higher level and we have seen their improvement,” said Watanabe, whose assistant coaches are Eric Jones, Jim Lanterman, Josh Smith, Cesar Mendieta and Brian Brandon.

Leading the girls are sophomores Jessica Mendieta and Leilani Frazer, who placed fifth and sixth, respectively, at last season’s NCS Championships. Mendieta, a team captain, took first place at last weekend’s Castro Valley Classic and has the most pins on the team.

“Both are looking solid,” said Watanabe. “Jessica is highly motivated and it shows in her aggression on the mat. Leilani is looking to build on her momentum from last year.”

Lopez has made the most improvement since last season.

“She is confident in her shoots and is doing well at controlling her opponents,” said Watanabe. “It’s awesome coaching her in matches. She is one of the few that can make adjustments on the spot from listening to comments coming from the coaches’ corner.”

Savannah Michael has stepped up her role as a senior team captain.

“She worked hard in the offseason to prepare for her final year. and you can tell by her hard work she is ready,” said Watanabe.

Jennifer Amezcua is a freshman but comes in with a lot of experience after wrestling for the Napa Sheriff’s Activities League.

“It is nice to see her start her high school career with balance and aggression, not to mention technical skills,” said Watanabe.

“We also have a good group of first- and second-year wrestlers.”

“This is a great group of beginning wrestlers that continue to work hard in the practice room and are gaining success at tournaments,” the coach added. “We are looking forward to the second half of the season and where the postseason is going to lead us.”

The Crushers routed Sonoma Valley on the road in their Vine Valley Athletic League opener on Dec. 19. After the boys compete in Middletown’s Dennis Jensen Invitational and the girls in the Albany Invitational on Saturday, Vintage will resume league action by hosting defending champion Petaluma on Wednesday night.

The girls will host the 22nd annual Napa Valley Girls Classic – the largest and oldest girls wrestling tournament in the country – the following weekend, Jan. 10-11.

Justin-Siena Wrestling Outlook: Braves even more of a family now