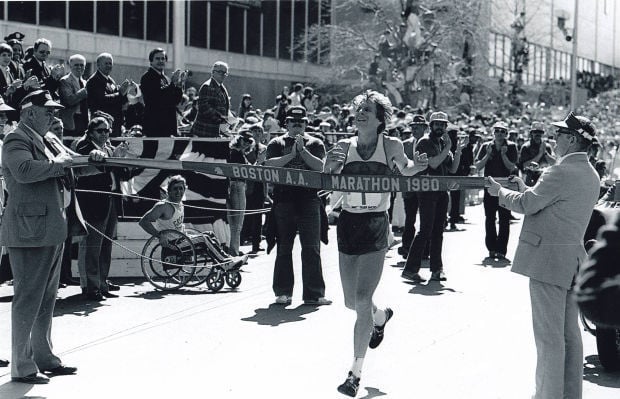 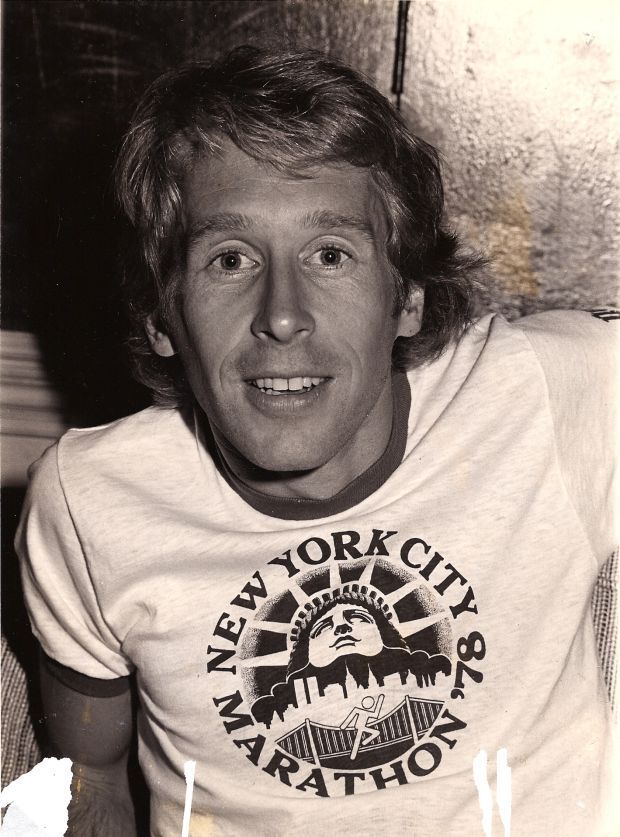 Bill Rodgers has had an extraordinary long-distance racing career. He won Boston for the first time, in 1975, in an American record time. He won 22 road races in a row, everything from the 10K to the marathon. 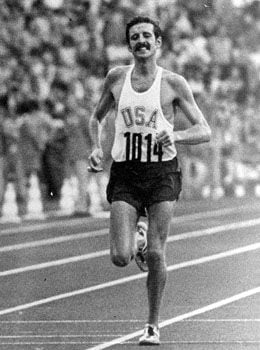 Frank Shorter was a driving force in the distance running boom that started in the U.S. in the late 1970s. He won the 1972 Olympic marathon, finishing more than two minutes ahead of his closest competitor. 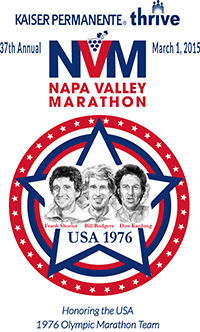 They are giants in distance running. They are legends in their sport. They are Hall of Famers.

They are on their way to Napa.

The 37th annual Kaiser Permanente Napa Valley Marathon, a 26.2-mile race from Calistoga to Napa along the Silverado Trail on Sunday, March 1, will welcome and honor the 1976 U.S. Olympic marathon team.

It marks the first time that Frank Shorter, Bill Rodgers and Don Kardong have been together in years.

“Who has done more for the marathon than these guys?” NVM co-race director Rich Benyo asked. “In the 1970s and 1980s, everybody knew them. They were the giants in the sport.

“It’s just an honor to have them come by. It’s just that extra cherry on top for the whole race weekend.”

At the Napa Valley Marathon’s annual marathon college, to be held on Saturday, from 10 a.m. to 3 p.m. at the Napa Valley Marriott, Joe Henderson (running author, editor and coach) will moderate a unique 90-minute panel discussion, “Olympic Marathon Champions of 1976,” that will feature special guests Shorter, Rodgers and Kardong.

Shorter won the 1972 Olympic Marathon and placed second in 1976. His 1972 victory is generally credited as the race that ignited the U.S. running boom.

“It’s very unusual to have three people on the Olympic marathon team stay in the sport that way and contribute to it,” Shorter said from his home in Boulder, Colorado, last week. “All these years later, we’re still there.

“I think all three of us, in our own way, and I’m sure the other guys feel this way, too, we just decided that we in essence wanted to make our living through running. In a way, we all created jobs for ourselves, when before the expectation was go to your Olympics, have your fun, then get on with your real life.

“I think the commonality is we all just love to run.”

Kardong was fourth in the ’76 Olympic marathon. During that era, Shorter won the Fukuoka Marathon in Japan (the world championship marathon at that time) four years in a row (1971-1974).

Rodgers won both the Boston and New York City marathons four times each. Kardong won the Honolulu Marathon in 1978.

All three runners are National Distance Running Hall of Fame inductees. Shorter and Rodgers are in the National Track & Field Hall of Fame.

“Almost nobody has booked the three of us together, through all those years, almost 40 years, since we represented the U.S. in the Olympic marathon, in Montreal,” Rodgers said from his home in Boxborough, Massachusetts. “It’s rare that Frank, Don and I have been brought in together to a race, to meet the new, younger runners, the younger generation, talk about the Olympic Games, and our experiences and about training and injuries. That’s going to be kind of fun.

“We were all lucky in our careers in a certain way. But we also benefited from competing against each other.”

The Olympic Marathon Champions of 1976 panel discussion takes place from 12 to 1:30 p.m. NVM weekend also includes a Sports and Fitness Expo on Friday, from 1 to 6 p.m., and Saturday, from 9 a.m. to 5 p.m. at the Marriott. Both the marathon college and expo are free for the general public.

By bringing Shorter, Rodgers and Kardong to town, race organizers will be honoring their achievements and contributions to the sport.

“We like to give our runners as nice, fun, complete, and as wide a spectrum weekend as possible,” said Benyo.

Now in its 37th year, the NVM has a sold-out field of 3,000 entrants. The point-to-point course has stayed the same for the entire history of the event. The course is certified (for accurate distance) by USA Track & Field (the U.S. governing body for the sports of distance running, track and field, and race walking).

It’s a destination marathon and is held on what is considered a fast course. The event is dedicated to fostering and promoting quality road racing in an inspiring setting. Known as the “Biggest little marathon in the West,” the NVM has earned a reputation for outstanding runner support, attention to detail, and a beautiful point-to-point course with world-class scenery.

The race starts at 7 a.m. from Rosedale Road and the Silverado Trail in Calistoga and goes south to Napa, finishing in the front parking lot of Vintage High School.

“This race is attracting people from all over the country,” said Rodgers, 67. “It’s such a great sport.”

Runners can qualify here for the U.S. Olympic Marathon Trials. The race is a certified Boston Marathon qualifier.

Rodgers was at the NVM in 2011 and ran part of the course as a training run.

“I think runners are always looking for a place like the Napa Valley Marathon,” he said. “To see the vineyards and everything, it was great fun.”

Rodgers has had an extraordinary long-distance racing career. He won Boston for the first time, in 1975, in an American record time. He won 22 road races in a row, everything from the 10K to the marathon.

But success didn’t come his way immediately. Rodgers dropped out of the 1973 Boston Marathon, his first marathon, due to the heat.

He won 22 marathons in his career.

Rodgers, who went to Wesleyan University, has talked with Beardsley about doing a training run in the Napa Valley while they are here.

“We’re going to have fun there,” he said. “I still love to run. I just don’t want to race as much, and I can’t race as much. But you can still have as much fun, maybe even more. You can have more fun when you’re older, because you take away the feeling of always having to race.

“Running in a place like Napa Valley, I’m looking forward to that.”

Shorter was a driving force in the distance running boom that started in the U.S. in the late 1970s. He won the 1972 Olympic marathon, finishing more than two minutes ahead of his closest competitor.

“Frank did something that is truly special,” said Rodgers.

A Yale University graduate, Shorter won his first major championship when he took the NCAA 6-mile title in 1969. In 1971, he won both the 10,000 and the marathon at the Pan American Games and followed up by taking the first of four successive victories in Japan’s Fukuoka Marathon.

In 1976, he took the silver medal in the Olympic marathon.

Shorter was a premed student in college and he earned a law degree in 1974. But he was always drawn to running.

“It’s something I could really do well and loved to do, which is running,” said Shorter, 67, who was elected to the U.S. Olympic Hall of Fame in 1984. “I just decided to see how good I could get and where I might level off.

Like Rodgers, he is also looking forward to running here.

“Don was truly one of the best runners in the ‘70s,” said Shorter. “Even though he didn’t win major races, he was very close. He was a tremendous athlete.”

Clark Van Gaalen of Turlock and Ellie Bushnell of Granite Bay were named Junior Golf Association of Northern California players of the year after finishing third and first, respectively, in their divisions in the JGANC Tournament of Champions on Silverado Resort and Spa's North Course this past weekend.

On their eighth consecutive trip to the postseason, the Los Angeles Dodgers finally became champions again. Mookie Betts streaked home with the go-ahead run for the win.

When Julian Edelman faces his hometown team on Sunday, he’ll have a chance to show off for the old neighborhood.

Coaching openings, events and other ways to get involved in the Napa Valley sports scene.

Bill Rodgers has had an extraordinary long-distance racing career. He won Boston for the first time, in 1975, in an American record time. He won 22 road races in a row, everything from the 10K to the marathon.

Frank Shorter was a driving force in the distance running boom that started in the U.S. in the late 1970s. He won the 1972 Olympic marathon, finishing more than two minutes ahead of his closest competitor.