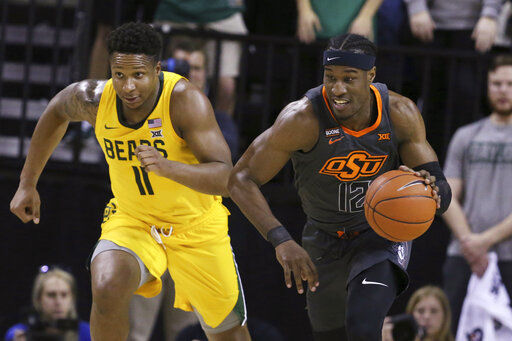 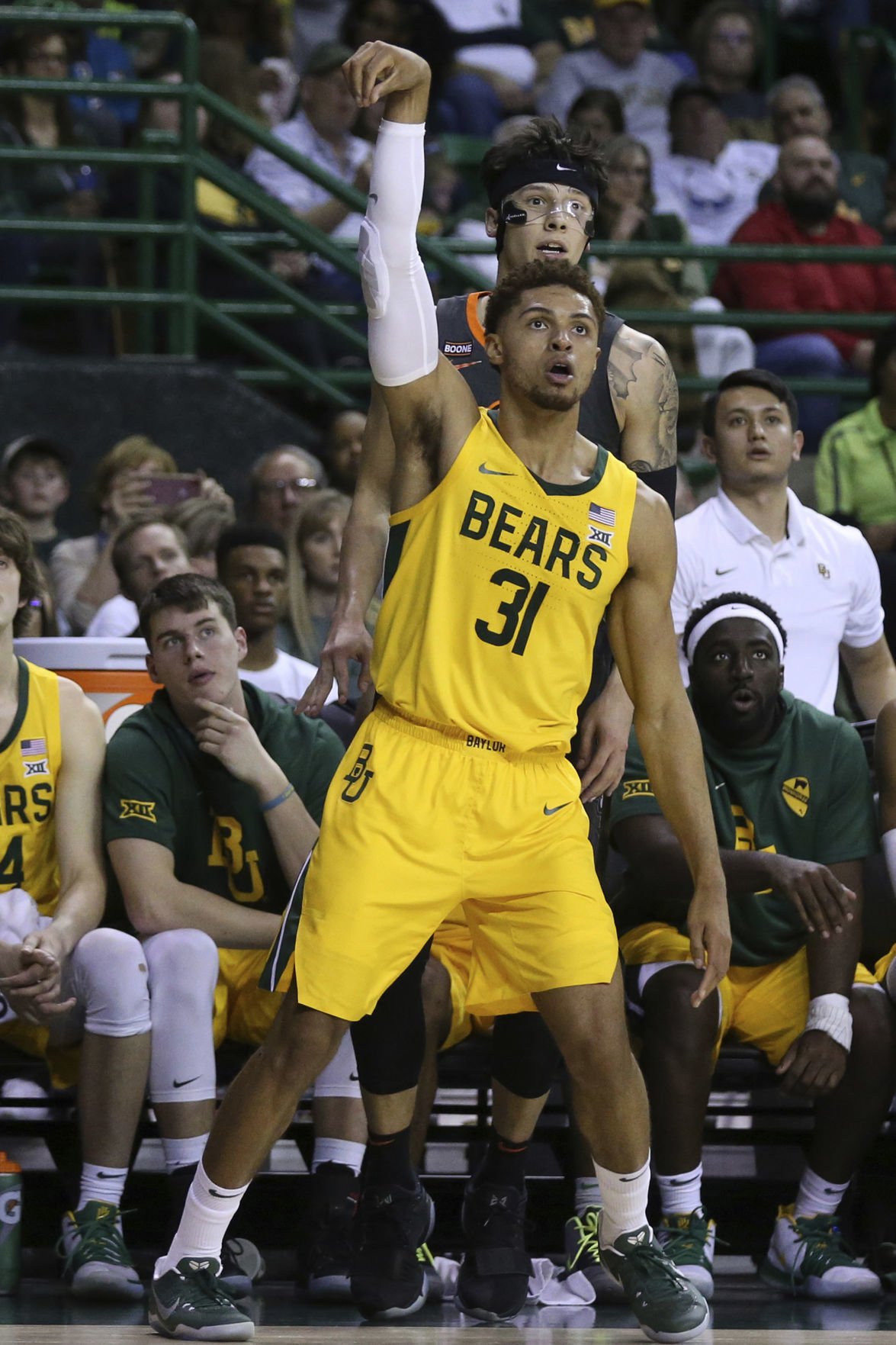 The NCAA initial rankings had little impact at the top of the AP Top 25, but a three-game losing streak knocked preseason No. 1 Michigan State out of the poll.

Baylor remained No. 1 in The Associated Press men’s college basketball poll released Monday, two days after being the top overall seed in the NCAA Division I Basketball Committee’s preliminary rankings. The Bears received 48 first-place votes from a 64-person media panel.

Gonzaga remained at No. 2 and received 15 first-place votes despite being the No. 3 overall seed behind Kansas in the NCAA rankings released Saturday.

The Jayhawks had one first-place vote and San Diego State, the lone remaining undefeated team in Division I, stayed at No. 4 after being slotted as the No. 1 seed in the East Region of the NCAA Tournament.

Louisville remained No. 5 during a week in which No. 10 Seton Hall, which moved up two places, was the only addition to the top 10.

The biggest change: Preseason No. 1 Michigan State dropped out of the poll from No. 16, thanks to a three-game losing streak.

The Spartans have struggled with Joshua Langford out because of a foot injury and star Cassius Winston grieving after his brother was killed just before the season started.

Michigan State lost to rival Michigan on Saturday to become the first team since Kentucky in 2013-14 to drop out of the poll after being the preseason No. 1.

“We’ve been in every game but one,” Michigan State coach Tom Izzo said. “And yet, we get close like that, cut big leads ... it’s almost like we go brain dead then, and that’s got to change.”

The NCAA created the initial rankings as a sneak peek into the selection process ahead of Selection Sunday on March 13.

The basketball committee had Baylor (21-1, 10-0 Big 12) as the No. 1 seed in the South Region based on games through Friday. The Bears beat Oklahoma State 78-70 on Saturday and became the first team in this season of parity to remain at No. 1 four straight weeks.

Baylor is the first Big 12 team since Kansas in 2008 to win 20 consecutive games and has its longest conference winning streak since opening 10-0 in 1948.

The NCAA slotted Kansas as the No. 1 seed in the Midwest Region and the Jayhawks followed with a 14-point victory over TCU on Saturday.

Gonzaga, the No. 1 seed in the West, turned its rivalry game against Saint Mary’s into a laugher, handing the Gaels their worst home loss in 19 years with a 90-60 victory in Moraga. The Zags have won 17 straight since losing to Michigan on Nov. 29.

San Diego State earned a No. 1 seed from the NCAA, but because the Aztecs were slotted behind Gonzaga, they were No. 1 in the East Region across the country in New York.

Myles Powell and a huge win over then-No. 10 Villanova had something to do with it.

Powell, a senior, has lived up to the billing as one of college basketball’s best players this season, averaging 21.9 points and 4.8 assists. He had 19 points in the Pirates’ 70-64 victory over Villanova, snapping a 17-game road losing streak to the Wildcats.

Seton Hall moved up two spots to slide into the top 10 for the second time this season.

Penn State was given little chance in a loaded Big Ten before the season, picked to finish ninth in the preseason poll.

The Nittany Lions have proven the skeptics wrong so far, stretching their winning streak to six games with wins over then-No. 16 Michigan State and Minnesota.

Marquette is ranked for the first time this season, climbing to No. 18 after routing No. 19 Butler.

Texas Tech returned to the AP Top 25 following a two-week absence, moving in at No. 24 following victories over Oklahoma and Texas.

Arizona dropped out from No. 23 after a home loss to UCLA on Saturday.

Colorado had the biggest climb behind Penn State, moving up eight spots to No. 16 following wins over California and Stanford. Houston was up five places to No. 20.

LSU dropped eight places to No. 25 after losses to Vanderbilt and No. 11 Auburn. No. 15 Villanova fell five places.