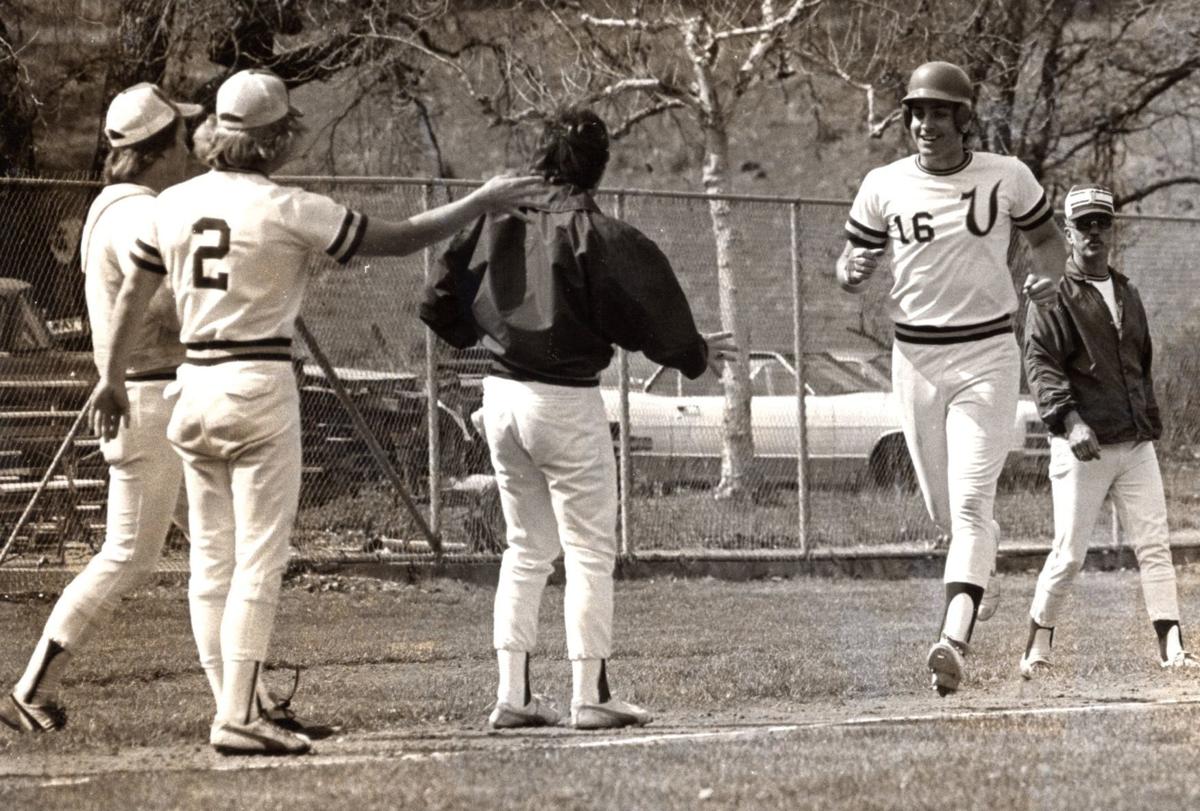 Mike Jarecki is greeted by Vintage High teammates at the plate after hitting a home run in 1979. 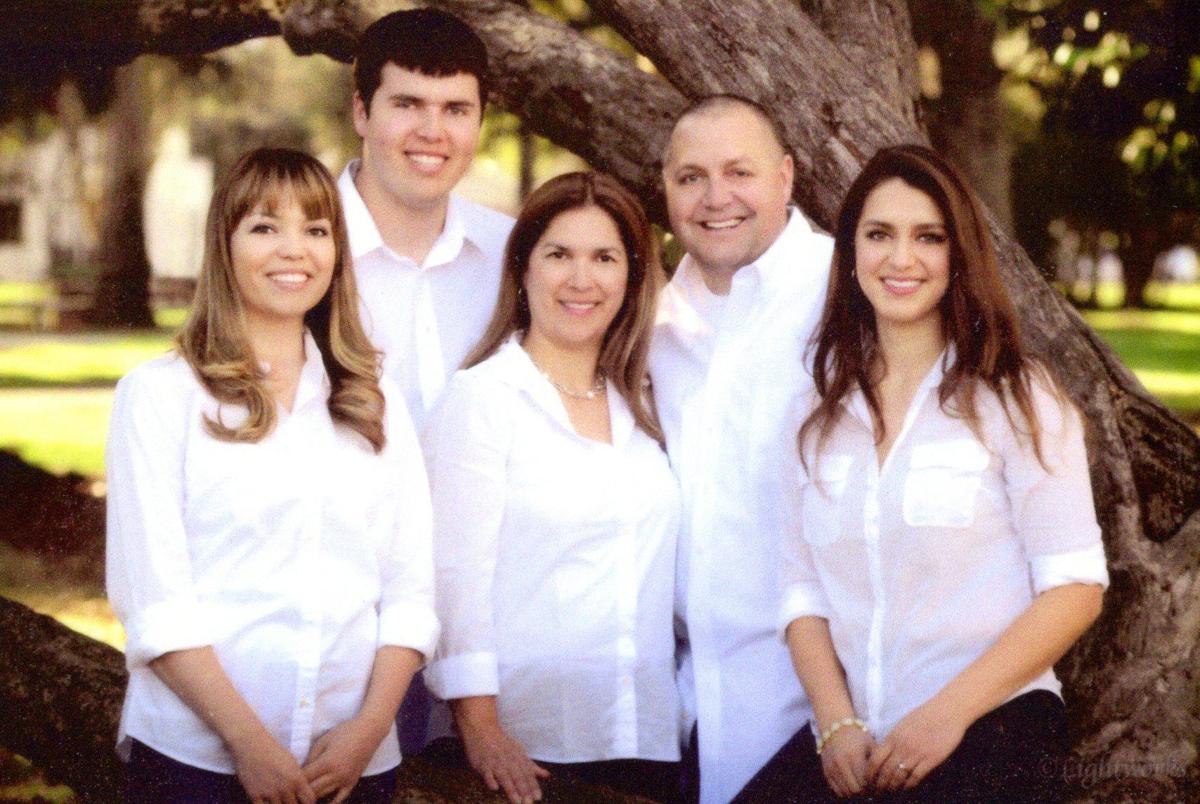 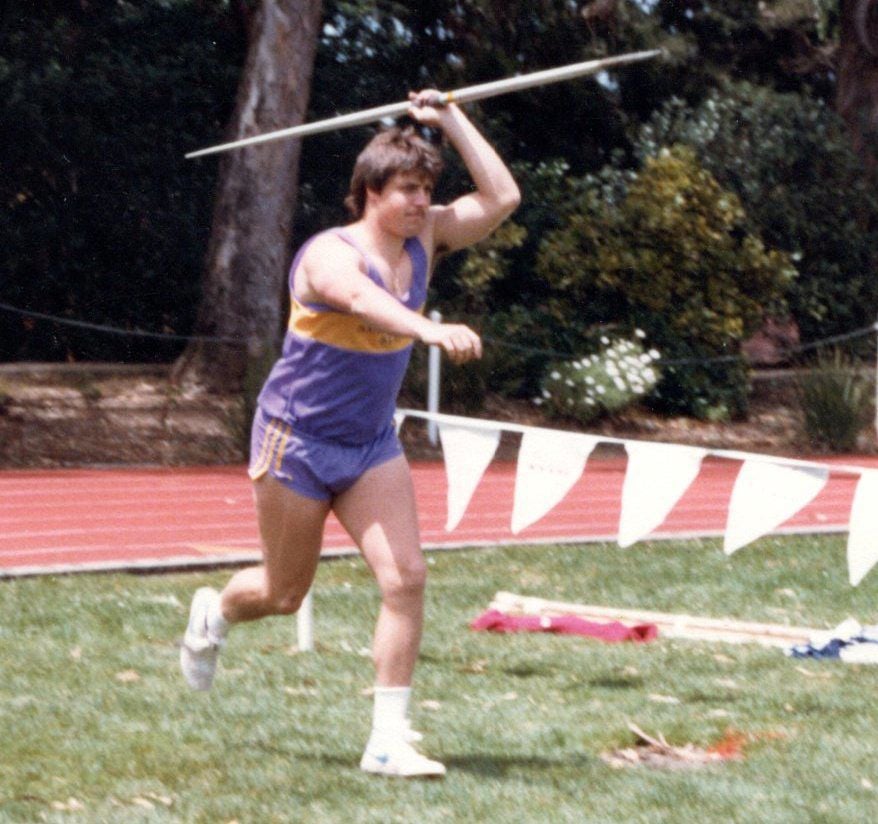 Mike Jarecki competes in the javelin event for San Francisco State University in the early 1980s. 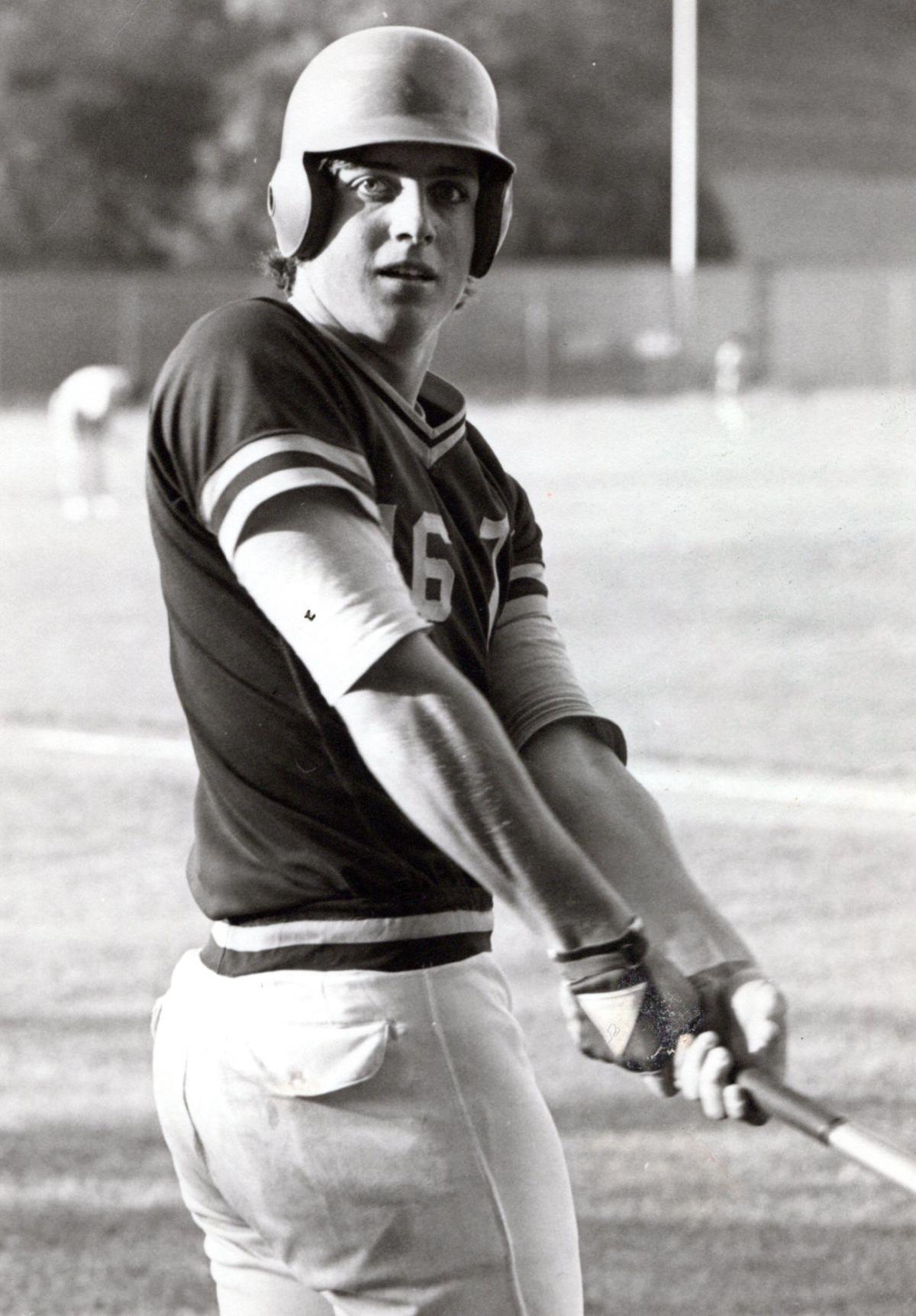 Mike Jarecki poses during his Vintage High baseball days in the late 1970s.

Mike Jarecki is greeted by Vintage High teammates at the plate after hitting a home run in 1979.

Mike Jarecki competes in the javelin event for San Francisco State University in the early 1980s.

Mike Jarecki poses during his Vintage High baseball days in the late 1970s.

Mike Jarecki had a very good knowledge and understanding about sports – football and baseball, in particular – long before he ever got to Vintage High School.

He spent weekend after weekend, hours upon hours, at West Park Elementary School, along with his dad, Bob Jarecki, and other kids from the neighborhood.

“Going back to my earliest memories, there was a bat in my hand and somebody was throwing a pitch at me,” Jarecki said. “My dad would take us out every weekend – all the kids on our block, we would get together. We’d all get in the back of his truck and drive over to the school. It was all the time like that, for nine years.

Mike Jarecki went on to play two sports at Vintage, football and baseball. He was a standout in both in the 1970s.

As a wide receiver, he became the first player in the history of the Big Game to catch two touchdown passes, one from Clint Copelan and the other from Scott Wright, helping Vintage to a 26-21 win over Napa in 1978. Jarecki was also a cornerback.

As a first baseman, he set a Monticello Empire League record, going 5-for-5 as a junior in a game against Armijo.

In his first varsity at-bat, the lefty hitting Jarecki homered over the right-field fence as a junior at the Veterans Home of California’s Cleve Borman Field in Yountville. What was particularly noteworthy about that home run was that the ball reached the swimming pool, well behind the ball park.

“It was just a great time to be at Vintage High School,” said Jarecki, 58. “The accolades that we were receiving were in all sports. It wasn’t just baseball and football, but all the sports teams.

“It was a great time for athletics. It was a new school and success came pretty quickly. We had some great teams because of who we had on those teams.”

Jarecki, a 1979 graduate, will be honored for his years at Vintage when he is inducted into the Crushers’ Athletic Hall of Fame next month. Jarecki and seven others were selected for this year’s Hall of Fame class.

Saunders recently retired after 41 years as Vintage’s head swimming and diving coach. James, who retired on June 4 after 40 years with the Napa Valley Register, is a special category inductee.

The newest class will be introduced at Vintage’s Hall of Fame Game on Friday, Sept. 6, when the Crushers face Acalanes-Lafayette in a nonleague game at 7 p.m. at Napa Memorial Stadium.

A dinner and enshrinement ceremony is on Saturday, Sept. 7 at the Elks Lodge of Napa. To purchase tickets for the event, or for more information, go to vintageboosters.com.

The mission of the Vintage Athletic Hall of Fame Foundation, which is now in its seventh year, is to recognize and honor the outstanding achievements of individual athletes, coaches and/or special individuals who have contributed to the development, success, tradition and integrity of VHS athletics.

Individuals may be nominated in one of the three following categories: athlete, coach, or special/other.

The selection committee reviews the submitted nominations and makes its recommendations to the board of directors. The board approves the recommendation.

“It’s a tremendous honor. It’s pretty humbling,” said Jarecki. “That was 40 years ago. For people to remember, that makes me feel good.”

Jarecki’s presenter will be John Accardo, a retired deputy with the Napa County Sheriff’s Office. They were teammates on Vintage High and American Legion Baseball teams.

Runs in the family

Jarecki is from a sports family.

Steve Jarecki went on to play as an inside linebacker at UCLA and was selected by the Los Angeles Rams in the eighth round of the 1986 NFL Draft.

Steve Jarecki made six unassisted tackles, including one for a loss, broke up a pass and forced a fumble in UCLA’s 45-28 win over Iowa in the Rose Bowl game on New Year’s Day in 1986 in Pasadena. The Bruins went 9-2-1 overall and also won the Pacific-10 Conference championship.

Steve Jarecki was the co-winner of UCLA’s Captain Don Brown Memorial Award for the most improved player.

Mike’s sister, Sharon Quick, who is a captain with the Napa City Fire Department, went to Napa High and was on volleyball, basketball and track and field teams. Sharon graduated in 1986.

Bob Jarecki was a captain with the Napa City Police Department and later worked for the Napa County District Attorney’s office as an investigator. Bob Jarecki passed away in 2014.

Mike’s uncle, Rich Robertson, is a 1962 Napa High graduate and was inducted into the NHS Athletic Hall of Fame in 2000 for basketball and baseball. After pitching in college at Santa Clara University, Robertson had an eight-year pro career and pitched four seasons with the San Francisco Giants.

He played on MEL championship football teams both years and was named All-MEL and All-Napa County in 1978 as a wide receiver.

“I think the value of Mike Jarecki was shown against Stagg (in a playoff game),” Autry told the Napa Valley Register in 1978. “Every time he took a step off the line of scrimmage, he was double-covered. He was double-covered constantly all year.”

Jarecki was named to the all-tournament team at the Santa Rosa Easter Tournament in ’78.

He received the Crushers’ Big Stick award in ’78 after hitting .421.

There was competition each year to make a team, Jarecki said.

“Everything keeps narrowing down to better and better players, and you’re constantly pushed,” he said. “For me, that’s why I was always lifting and running during the summer. It was not just with the training that Vintage was putting on, but we would also do it on our own.

“The coaches that we had were tremendous,” added Jarecki. “Clarence Tye knew everything about baseball. He wanted to impart knowledge and skills to the players that wanted it. It was great playing for Clarence. The Franco brothers, Jim and Les (assistant football coaches), they wouldn’t settle for anything less than absolute perfection. They wanted it and they expected it from you and they pushed us to work hard.”

Jarecki was a two-sport athlete at Napa Valley College. He played tight end on the football team in 1979 and played two years of baseball, in 1980 and ’81.

“I liked both football and baseball. I went to (NVC) and it worked out well,” he said.

He transferred to San Francisco State University. He played tight end in football for two seasons and threw the javelin on the track and field team for three seasons. He had a roster spot on the baseball team as well, but elected not to play in order to focus on his classes. He was at SFSU from 1982-85.

He had a personal-record throw of 190 feet in the javelin.

He graduated from SFSU in 1985 with a degree in psychology.

Jarecki retired in April after 31 years with the Napa County Sheriff’s Office. A sergeant, he also spent five years as the director of the Napa Sheriff’s Activities League and also taught the DARE (Drug Abuse Resistance Education) program for four years. The DARE program is a collaboration between the Sheriff’s Office and Napa Valley Unified School District.

Vintage High School Athletic Hall of Fame: Housley played in many battles before covering them

The Napa Valley College volleyball program went from a winless 2018 season to 6-16 this fall.

Vintage High School Athletic Hall of Fame: Steve Wallace remembered as one of the best