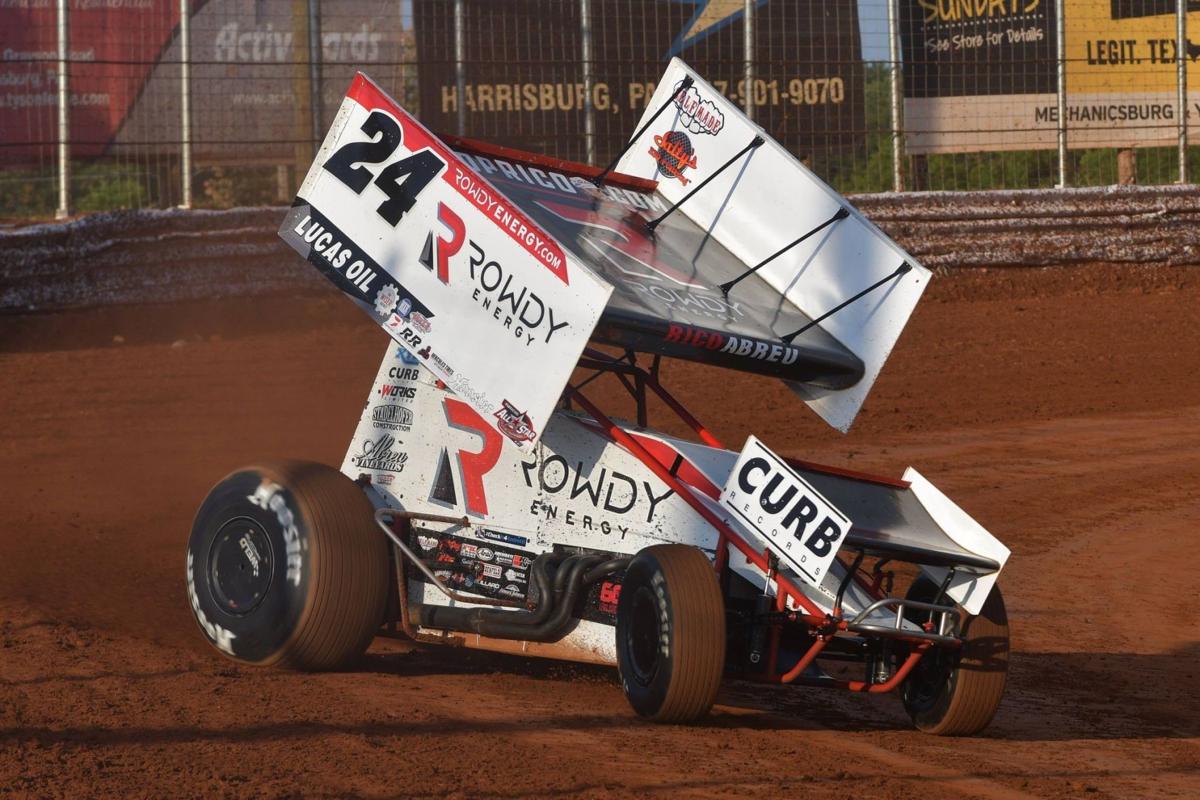 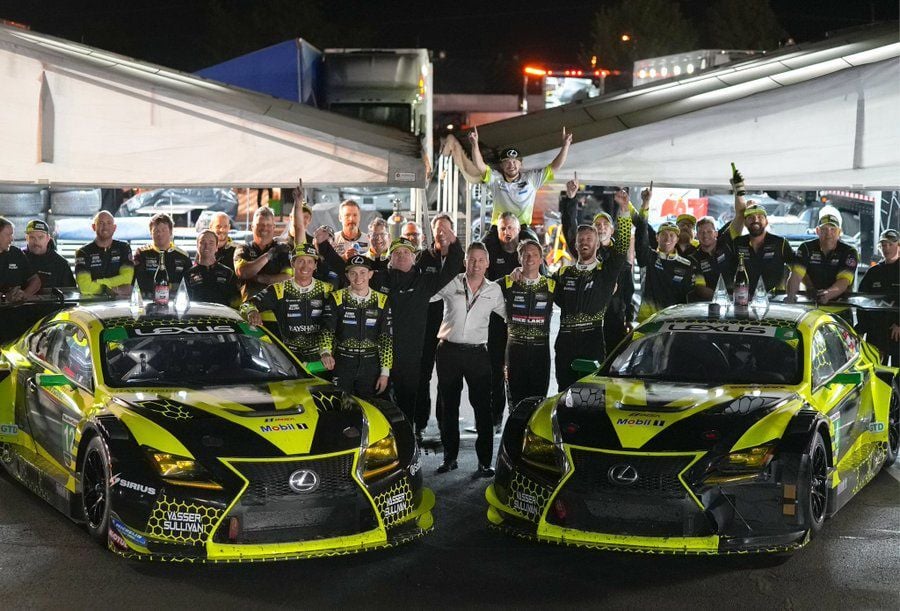 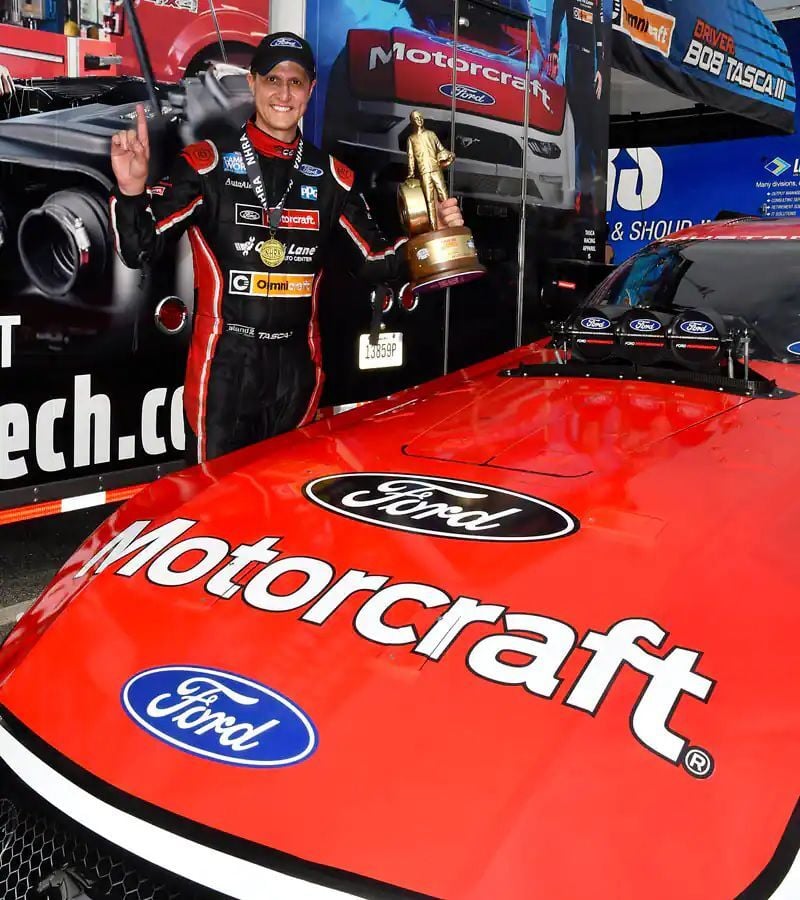 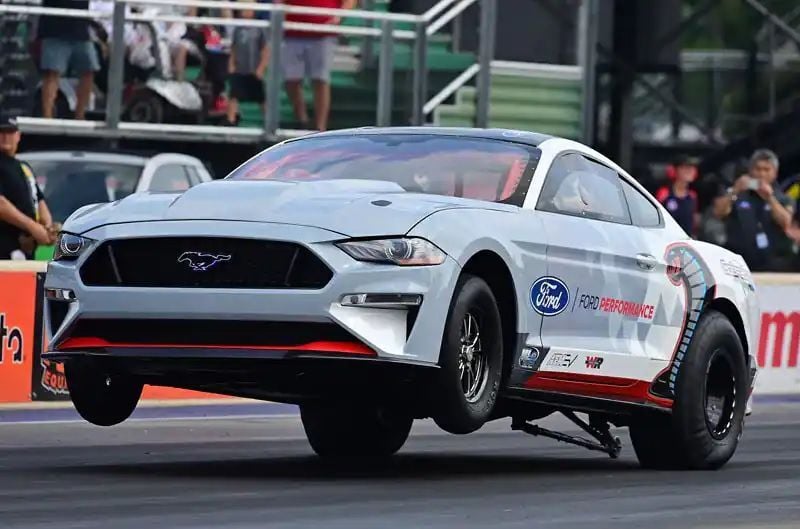 Except this year, when Abreu got Rowdy and changed his colors.

The professional racer from St. Helena has been absent from local racing and, in true outlaw fashion, is barnstorming the country with Rowdy Energy drink as a national sponsor.

Abreu will race this weekend at Sharon Speedway in Hartford, Ohio, in the Lou Blaney Memorial on Saturday and in the Justin Snyder Salute to the Troops on Sunday.

Last Sunday night, he stood on the podium after a third-place finish in the final race of Pennsylvania Speed Week, a grueling schedule of eight races in 10 days throughout the central and eastern portions of the Keystone State in which he finished in the top 10 six times. That consistency, which included a second-place finish at Lincoln Speedway, put Abreu in the third spot of the week-long championship standings. Of the 78 cars that competed during the week, 21 ran the entire schedule.

“We absolutely love coming to Pennsylvania,” said Abreu. “The fans are incredible and the atmosphere is second to none. The tracks treat us like one of their own and that helps us feel welcome. I can’t wait to get back.

“Hats off to my crew for all of their hard work over the last month. To go from Ohio Speedweek to Pennsylvania Speedweek is no joke. A lot of late nights and early mornings, but the positive results make up for being tired.”

Abreu and his crew have given themselves plenty of reasons to be tired and road-weary.

After racing in Arizona and California in the spring, Abreu hit the road with a schedule that has taken him to Indiana, Illinois, Ohio, Michigan, Wisconsin, Iowa and Missouri, to race with a variety of sanctioning groups that include the World of Outlaws, the Interstate Racing Association, and the All-Star Circuit of Champions.

Despite racing against such an eclectic and constantly changing roster of professionals every week, Abreu has racked up an impressive 33 top 10 and 22 top five finishes in 44 races so far at the midpoint of the season. His second-place finish at Lincoln was the seventh time he’s been the runner-up, as he still looks for that elusive first win of the season.

“I feel we are really competitive every night,” he told Speed Sport News a week ago, adding “we just have to keep up the consistency” to improve on last season’s six wins.

Abreu’s new color scheme is the result of his primary sponsorship with Rowdy Energy Drink, created by two-time NASCAR Cup champion Kyle Busch. When asked about the sponsorship during the Toyota/SaveMart 350 at Sonoma Raceway on June 6, Busch said he valued Abreu’s marketing ability as well as his driving skill.

“Rico is a good kid and he does a good job,” said Busch. “He’s one of the most notable people on the sprint car circuit.”

VSR gets first win of season at Watkins Glen

Bad luck bit Vasser-Sullivan Racing in late June when an unexpected caution period upended its fuel strategy, forced an extra pit stop, and cost the team a likely win with an hour left in a six-hour marathon it had been leading by a wide margin.

When the IMSA WeatherTech Sports Car Championship series returned to the Watkins Glen, N.Y. road course last Friday, however, the VSR contingent got its revenge by taking the two top spots in the GTD class after leading all 57 laps in the three-hour sprint.

The VSR cars, owned by Napa auto dealer and former Indy Car champion Jimmy Vasser, were running first and fourth in the class when the race was stopped for 45 minutes due to lightning in the area.

On the restart, Jack Hawksworth, driving the No. 14 Lexus GTS, jumped into third. On a subsequent re-start after a caution period for debris, he got a monster jump that vaulted him into the lead. He was followed by the No. 12 car driven by teammate Zach Veach, who, along with co-driver Frankie Montecalvo, had led the race from the start.

The two cars led the field over the final 17 laps to give the VSR team a 1-2 sweep of the GTD class and the team’s first win of the year in the IMSA series, where it is the defending Sprint Cup champion.

“Aaron (Telitz, teammate and co-driver who started the race in the No. 14 car) and myself and this team — we put so much work into this,” said Hawksworth. “We’ve been so strong in so many races and it’s just not worked out. We weren’t sure if it was going to work out today. It seemed like mission impossible at one point, but somehow it did and now we’re here in victory lane.”

It was the second runner-up finish of the season for the No. 12 Lexus and the second podium performance for Veach — who joined VSR from the Indy Car series — in just his fifth IMSA race.

“You win as a team in IMSA, and it doesn’t get better than when you finish 1-2,” said Veach. “I’m so happy to be back on the podium in my rookie season and with Jack (Hawksworth). He should have been on the podium at Mid-Ohio, but he had some misfortune. Those guys finally had luck on their side. I’m so happy that we got to celebrate this together. My win is coming.”

The win was Vasser-Sullivan’s seventh in IMSA WeatherTech SportsCar Championship competition; the team won twice in 2019 and four times in 2020. It is also the second time Vasser-Sullivan has finished 1-2 in IMSA competition, repeating its performance in the 2020 Daytona 240.

The Northeast Grand Prix, the fourth of eight races for the GTD championship, is July 16-17 at Lime Rock Park in Lakeville Conn.

The VSR Indy Car team had a dismal day and the opposite of success at the Mid-Ohio Sports Car Course last Sunday. After starting 16th, driver Ed Jones had moved up to 13th before being caught up in a chain-reaction crash on the third lap that ended his day almost before it got started. Jones came up over the crest of a blind corner to find the car of Will Power sitting sideways directly in front of him and cars scrambling in the fog of tire smoke to avoid contact.

With nowhere to go, Jones ran into Power’s car and the result was terminal damage to the front suspension.

“It was a frustrating end to the weekend, but there are a lot of positives to take away,” said Jones. “I’m looking forward to Road America next weekend.”

On June 26, Tasca set a world speed record for an electric dragster, piloting a Mustang Cobra Jet down the quarter-mile in 8.26 seconds at 167 mph during an exhibition run at the Summit Racing Equipment NHRA Nationals in Norwalk, Ohio. To prove the run was no fluke, Tasca came back an hour later and went even faster, with an 8.12-second pass at 171.97 mph.

The Mustang is a development project for NHRA that, like Trans Am and the Sports Car Club of America, has announced its intention to create competition classes for electric vehicles to reflect trends in the auto industry.

The Mustang Cobra Jet 1400 is a collaboration between Ford Motor and Cascadia Motion, which developed the powerplant and electronics, and Watson Engineering, which did the chassis and suspension development.

With a powerplant spinning at 10,000 rpm, the car puts 1,500 horsepower to the rear wheels — equal to the horsepower of three stock Mustang GTs.

Tasca is a 10-time NHRA Funny Car winner and, after winning two of the first three races in Las Vegas and Atlanta this year, is the class championship points leader. The NHRA Camping World Series gets ready for three consecutive weekends of racing during its annual “western swing,” which includes the NHRA Nationals at Sonoma Raceway July 23-25.

The swing begins July 17-18 in Denver and, after a week in Sonoma, ends with the Lucas Oil Nationals at Pomona July 30-Aug. 1.

Olympics: Skateboarding teen medalists blaze trail for women; plus the latest from Tokyo

After decades in the shadows of men's skateboarding, the future for the sport's daring, trailblazing women suddenly looked brighter than ever at the Tokyo Games on Monday.