Napa High School graduate Susan Jackson finished 10th in the finals of the women’s high jump on Sunday at the 2016 U.S. Olympic Team Trials in track and field. The meet is being held at the University of Oregon’s Hayward Field.

Jackson, who got her start in track and field with the Napa Track Club, was injured in warm-ups on Friday prior to qualifying. She suffered a fracture of the talus, a bone of the ankle joint.

She received medical attention and jumped 6 feet, one-half inch in the finals.

Jackson, who represents Heights Performance of Gunnison, Colo., had her ankle taped after her second jump in Friday’s warmups.

“I didn’t think it was that extreme at that time,” she said on Monday from Denver.

Over the next two days, she consulted with medical staff.

“Every trainer I saw told me to pull out,” she said. “There was no way. I traveled that far, worked that hard. I was not pulling out. I wasn’t going to pull out of the Olympic Trials in any way, shape or form.

“I knew something was wrong. My ankle was swollen, black and blue.”

Jackson was one of 12 competitors who advanced from qualifying to the finals. She was in eighth place going into the finals after clearing 6 feet, ½ inch, the clearance needed to move on.

There were 21 entrants at the start of the competition.

“I just battled through it and put what we call blinders on and did the job to the best of my ability,” she said.

Those advancing to the Olympics are Chaunte Lowe (Nike), who was first at 6-7; Vashti Cunningham (Nike), second at 6-5 ½; and Inika McPherson (unattached), third at 6-4.

Jackson was looking to clear 6-4.

“I was really looking forward to Saturday and getting things rolling and going. But at that point, after a couple of days, all the adrenaline wore off. It was very, very hard to bounce back from that.”

A former star for Western State Colorado University, Jackson had the 13th-best jump in the country going into the Trials.

Jackson qualified for the Trials with a first-place clearance of 6 feet, 1¼ inches at the Western State Alumni Open in early February. The indoor meet was held in the Mountaineer Fieldhouse in Gunnison.

She was fifth at the 2016 USA Indoor Track & Field Championships in March at the Portland Convention Center in Portland, Oregon, with a jump of 6 feet, ¾ inches.

Jackson’s personal record in the high jump is 6-3¼.

Jackson finished her college career in 2014 and, competing unattached, placed seventh in the finals of the U.S. Outdoor Track and Field Championships at Sacramento State’s Hornet Stadium that same year.

Jackson was the 2012 NCAA Division II outdoor high jump national champion. While with the Mountaineers, Jackson was a four-time All-American and twice the national runner-up.

When she was competing for Napa High, Jackson became the school record holder in the long jump, high jump, triple jump and the 4x100 relay. As a senior, she finished second in the CIF State Track and Field Meet at Hughes Stadium in Sacramento.

She was a three-time state meet qualifier.

As for her immediate plans in the sport, Jackson said, “I don’t think I’m done yet.”

Juan Martinez, who trains at Napa’s Al Amanecer Boxing Club, won a majority decision in a hard-fought amateur boxing debut in Sacramento last Saturday night. Martinez, a 2011 Napa High graduate and middle linebacker who played football for the University of Idaho on a scholarship, faced Joaquin Ocampo in the super heavyweight division for three two-minute rounds in front of Ocampo’s hometown crowd.

Napa High senior Sofia Tinnon, who has starred in track and field as well as basketball for the Grizzlies and the Napa Track Club, signed with UC Davis for track last Tuesday.

A roundup of recent Napa Valley track and field results.

The County Football Insider covers players and topics that may be of interest to Napa Valley gridiron fans.

Tom Brady will become analyst for Fox Sports upon retirement 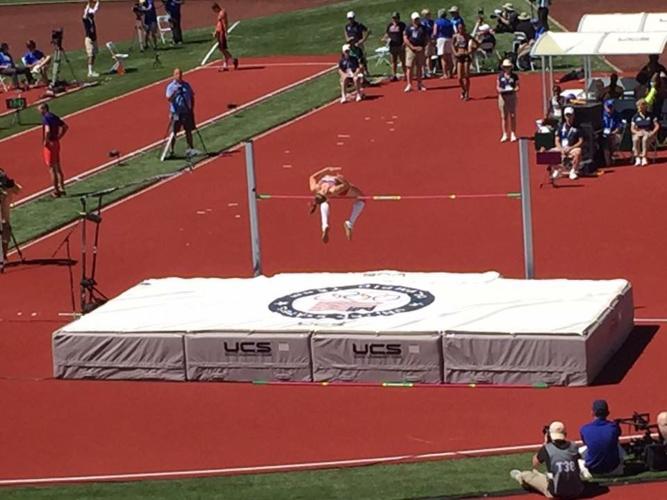 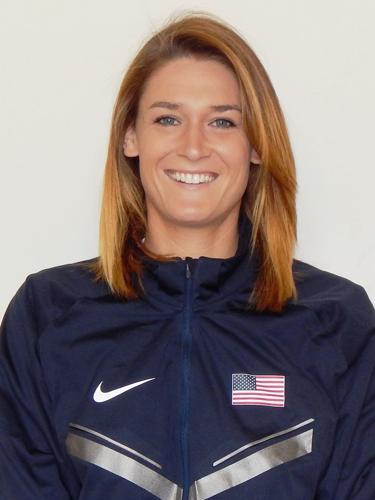