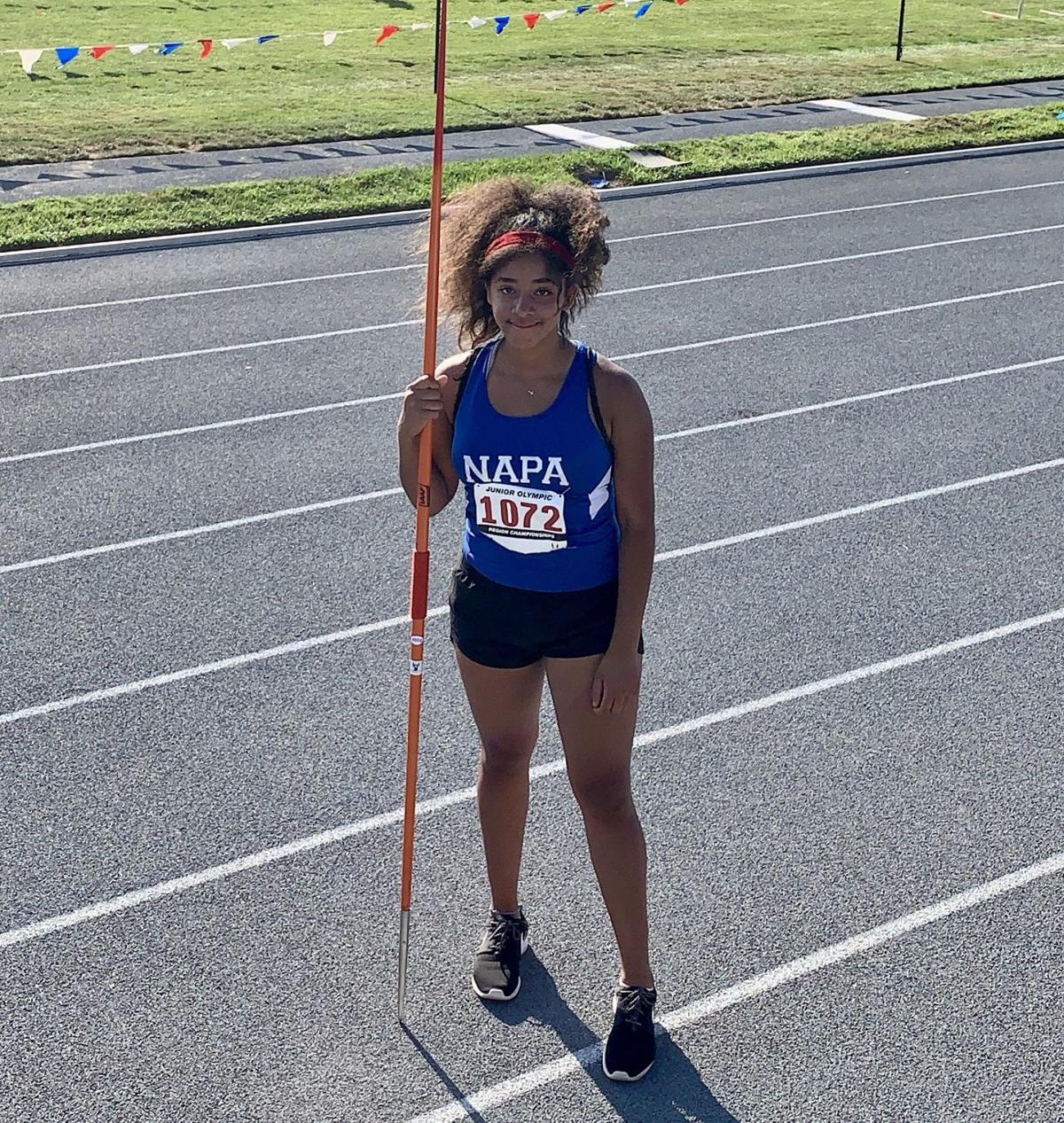 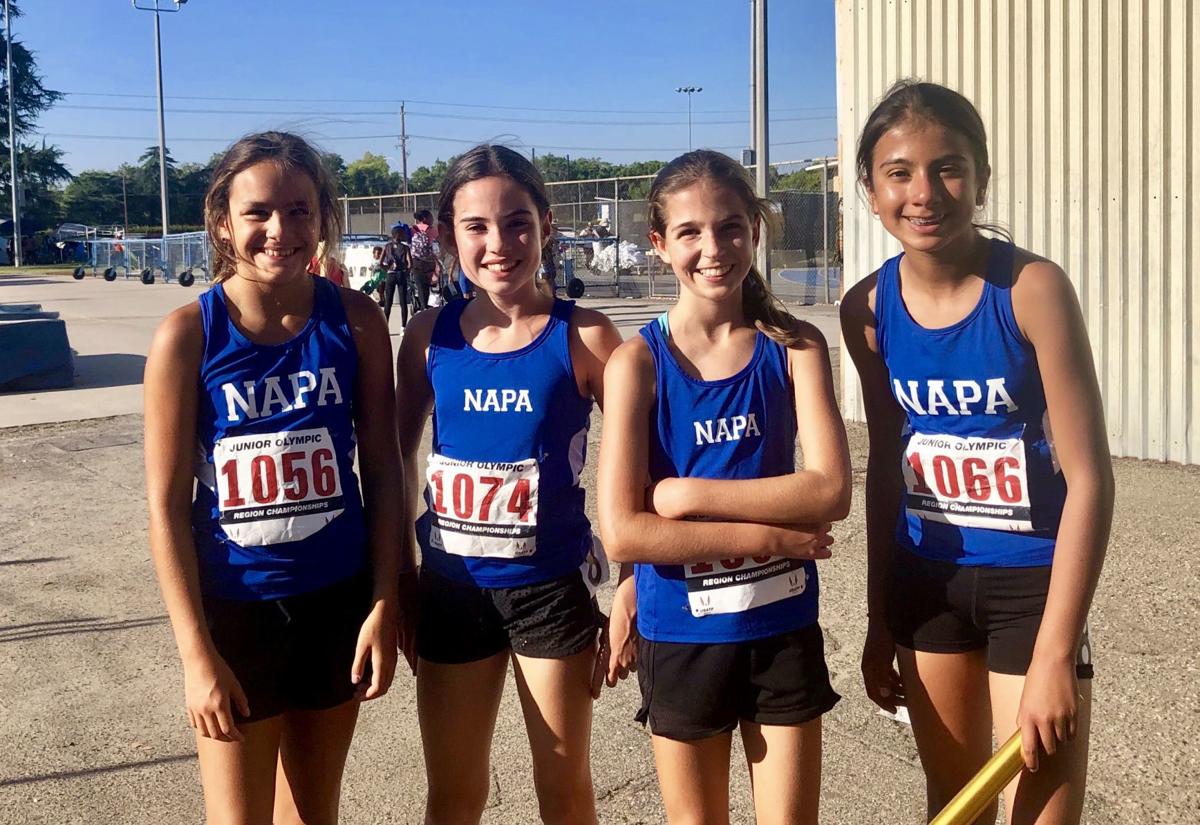 Napa’s Liam Wallace-Harper had an outstanding meet, qualifying in three different events in the 15-16 age division. He was fifth in the 110-meter hurdles, fourth in the triple jump, and fourth in the high jump. In the same division, Casey Potrebic – participating in events to prepare for this week’s Region 16 decathlon – had a fifth-place finish in the shot put.

Napa sisters Sophia and Sadie Tinnon were both crowned as Region 16 champions.

In the 9-10 girls division, Josephine Diaz qualified with third-place finishes in the 1500 race walk and high jump.

In the 11-12 girls division, Lucy Morris placed second and Adela Regalado-Zachold third in the 1500 meter race walk with personal-best times. Gracie DeFina will make a return trip to the national meet after placing fifth in the javelin (52-8).

In the 17-18 women’s division, Mia Oggenfuss is making a return visit to the national meet after placing fourth in the high jump (4-9.75). Carly Johnson placed third in the javelin with a personal record (109-6) to also have the right to compete in Sacramento.

Justin-Siena's Tessa Salvestrin, who was invited to play for a prestigious Minnesota boarding school after her 19-goal sophomore season, has been named 2020-21 Napa County Girls Soccer Player of the Year after leading the valley with 15 goals this past spring.