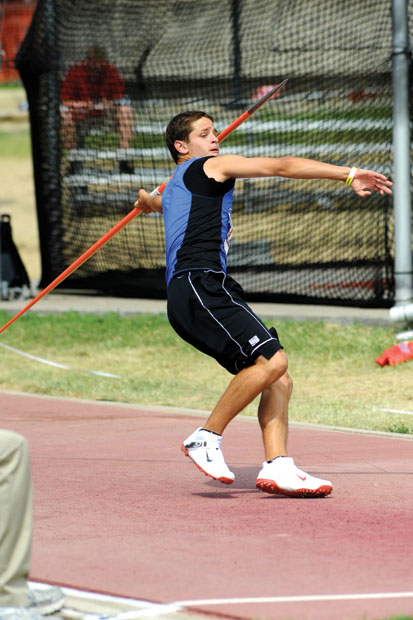 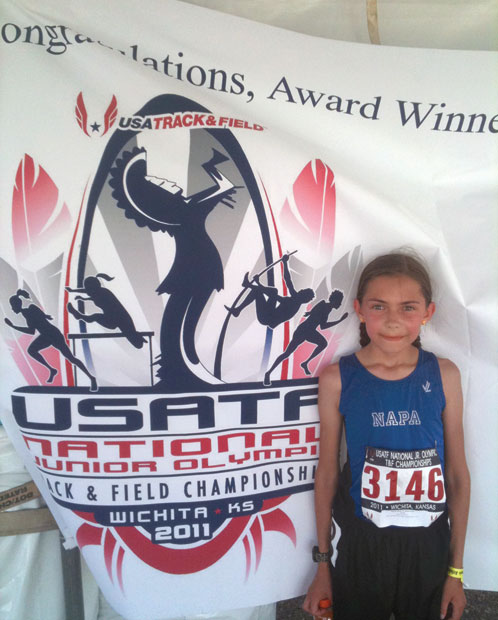 Two Napa Track Club athletes, representing Region 14 and the Pacific Association, finished in the top third of the field in their events July 26-31 at the 2011 USATF National Junior Olympic Track and Field Championships in Kansas.

The Junior Olympics, the largest and most visible youth athlete developmental program in the world, saw more than 6,500 athletes compete in the six-day event at Wichita State University.

In the Midget Girls Division (ages 11-12), Donna Roscoe finished 10th of 27 competitors in the 1,500-meter race walk at Cessna Stadium. In the Intermediate Boys Division (ages 15-16), Brendan Cardey took 13th out of 40 participants in the javelin.

Roscoe competed on the first day, when temperatures were 104 degrees and the heat index was over 109.

Roscoe was in position to make the medal stand — the top eight — but with 400 meters to go, she was passed by three girls from Texas.

On the fifth day, Cardey threw the javelin in temperatures over 102 degrees and was able to turn in a lifetime-best mark of 152 feet, 11 inches. He has been receiving coaching tips from Chip Lilenthal, a past Napa Track Club member who was coached by Frank DeFillipis.

The NTC is keeping the memory of Coach “D” alive by invited past members back to share knowledge they gained while members of the club.