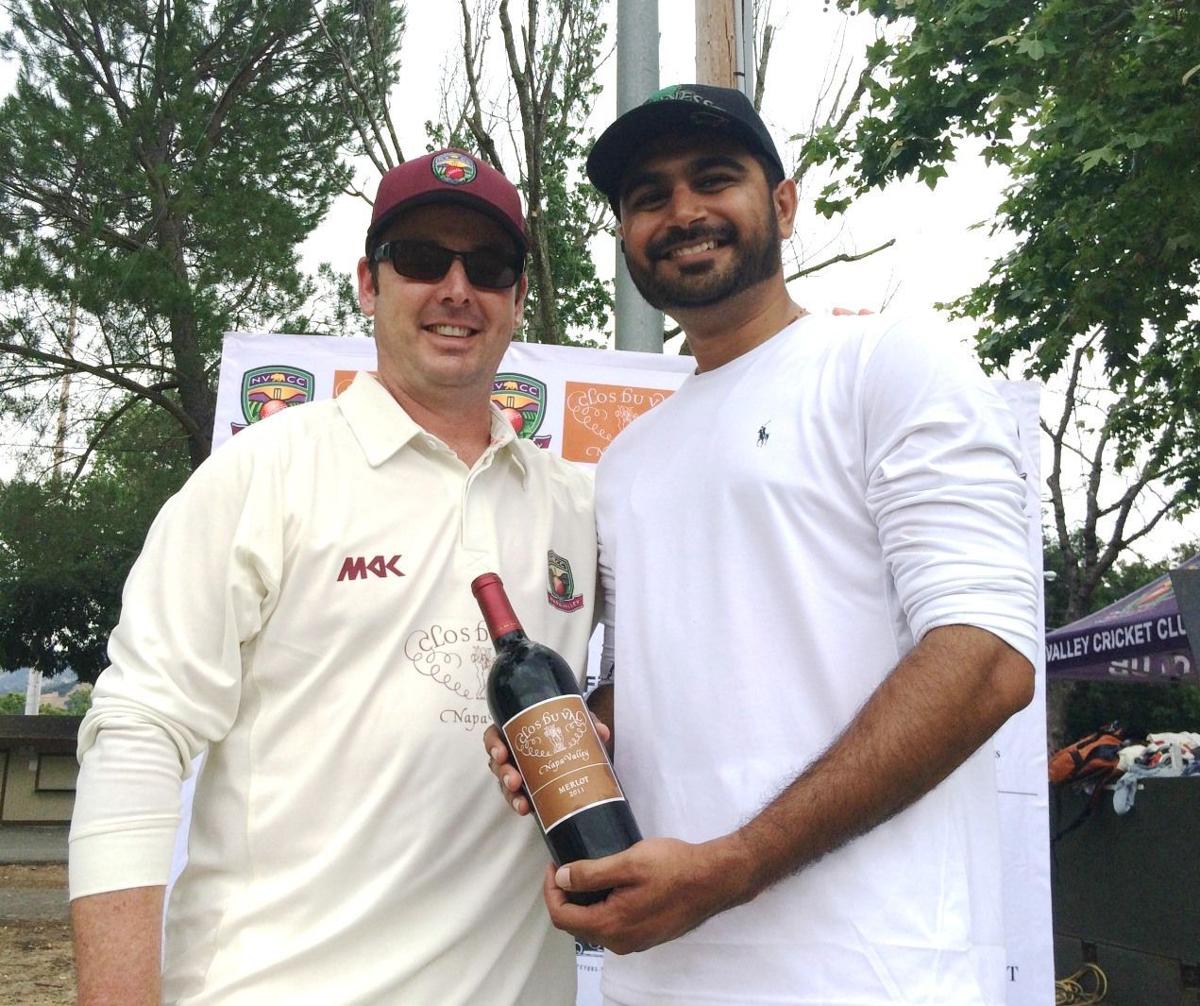 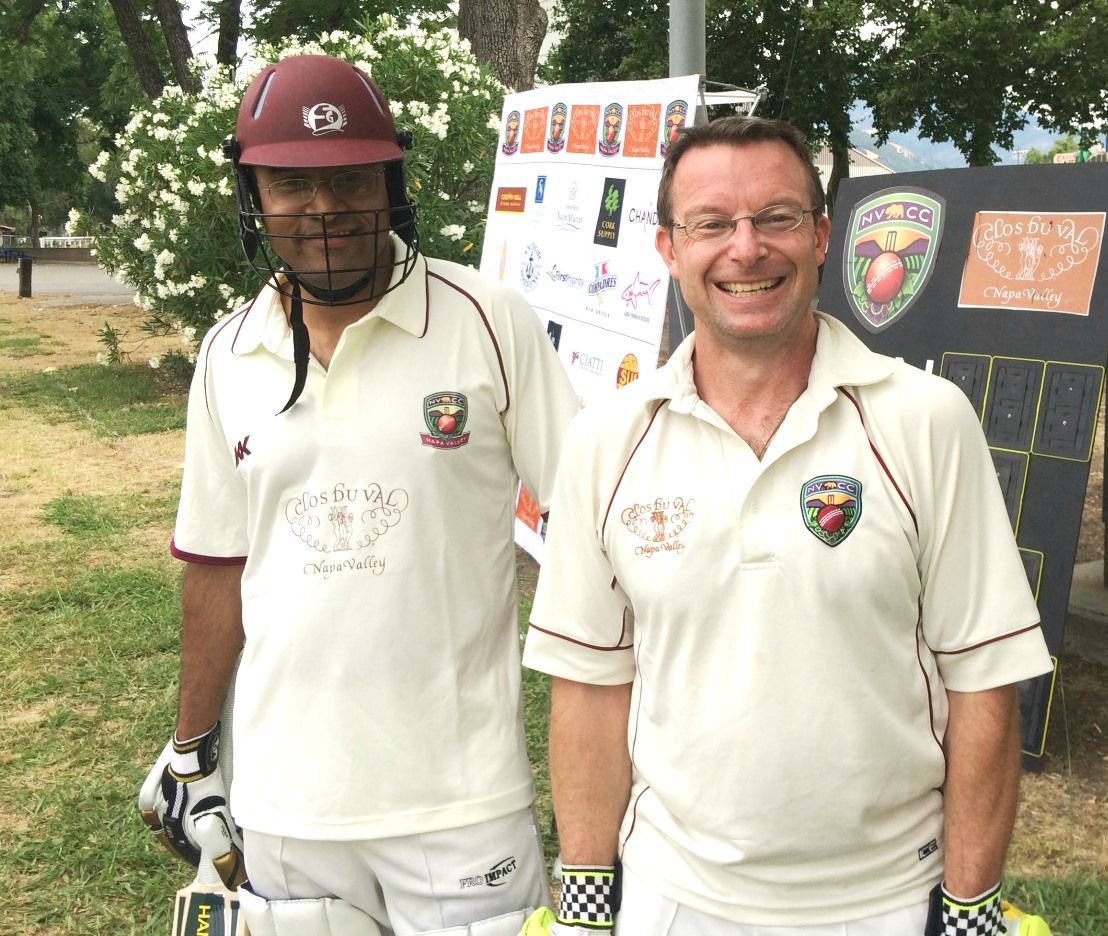 The Napa Valley Cricket Club lost its second game in a row Saturday.

A six in the final over sealed the Sonoma Gullies’ rivalry win over the Napa Valley Cricket Club, which lost its second straight match, on Saturday at the Napa County Fairgrounds in Calistoga.

On a day forecast to be hot, even by Calistoga standards, Gullies captain Anu Shah won the toss and put NVCC into bat. League commitments on the day meant that Sonoma fielded a depleted side and drafted in a number of NVCC members to make up their numbers.

Napa Valley opened the batting with the solidly reliable pair of Abhijit “Doc” Adhye and Jeff Keene, who set the tone for a strong showing from the NVCC top order. The pair played a watchful seven overs, soaking up the pressure applied by the opening bowling of Ishan Patel and Sunny Patel. Keene eventually fell for three runs and Adhye was joined by Bijoy Ojha in the middle. The pair added runs sensibly by constantly rotating the strike and put on 43 runs for the second wicket, before Adhye lost his wicket caught off a good ball from Rajan Bedi. Adhye’s knock of 30 runs off 64 balls set a good foundation and showed a return to form for him after the recent tough road game at Bradshaw in Sacramento.

The NVCC scoring accelerated from there, with John Leake teaming with Ojha to put on 54 runs in six or so overs. The prized wicket of Leake, a prolific run scorer, was taken by Sunny Patel for the Gullies, who had Leake caught a long-on. Ojha fell to a leg-before-wicket decision four balls later, and this meant it was time for club captain Rob Bolch and Martin Mackenzie – on a hot streak of batting form this season – to keep the run rate up.

A 10 over stand saw them notch up a partnership that garnered 69 runs, with Bolch (34 runs off 44 balls) and Mackenzie (41 off 27) finding the boundary rope nine times as they looked to put a big total on the board. In the end, NVCC managed a total of 199 runs, above average for games between the two teams.

The Gullies’ chase didn’t start well at all, as early wickets for NVCC looked to be derailing the chase.

Two wickets for Chandanpreet Singh and one for Adersh Maqsood brought Sunny Patel and Ishan Patel to the middle, and they fought their way to a truly impressive stand of 121 runs. Bolch threw everything in the NVCC armory at the pair with little success as Ishan, in particular, used the pace of the NVCC bowling to keep his score moving along.

Dropped catches were the order of the day for the NVCC fielders with eight counted, including five off Ishan. He found the boundary 14 times (11 fours, three sixes) and ended up falling in the 25th over with an impressive 82 off 71 balls. Sunny Patel continued the chase and, to his credit, kept the run rate moving along. But when he fell for 55 off 60 balls in the 30th over, the Gullies wobbled. With only 24 runs need in five overs to win the game, NVCC sensed an opportunity. But more dropped catches were to prove costly and, in the end, Shah saw his team home with a six of the first ball of the final over.

After the match, Bolch presented the Clos du Val “Man of the Match” award to the Gullies’ Ishan Patel for his contribution to the game with the bat.

“It was another typically close game against the Gullies and it was a close finish being decided in the final over of the day,” Bolch said. “We were restricted early on with the bat by the Gullies, but the middle order really turned it on to get almost to 200 in our 35 overs. It was great to see a number of the team score well.

“Early on in the Gullies innings we bowled good, tight lines, until Ishan and Sunny came to bat and they put on a great match-winning partnership. We almost pulled it back in the last few overs but dropped catches, lots of them, cost us the game. We get another chance against them in late August and we’ll be looking to taking our catches in that game.”

Napa Valley’s next game will be on the road, at 11 a.m. Saturday, June 18 against the Marin Socials at Piper Park in Larkspur.