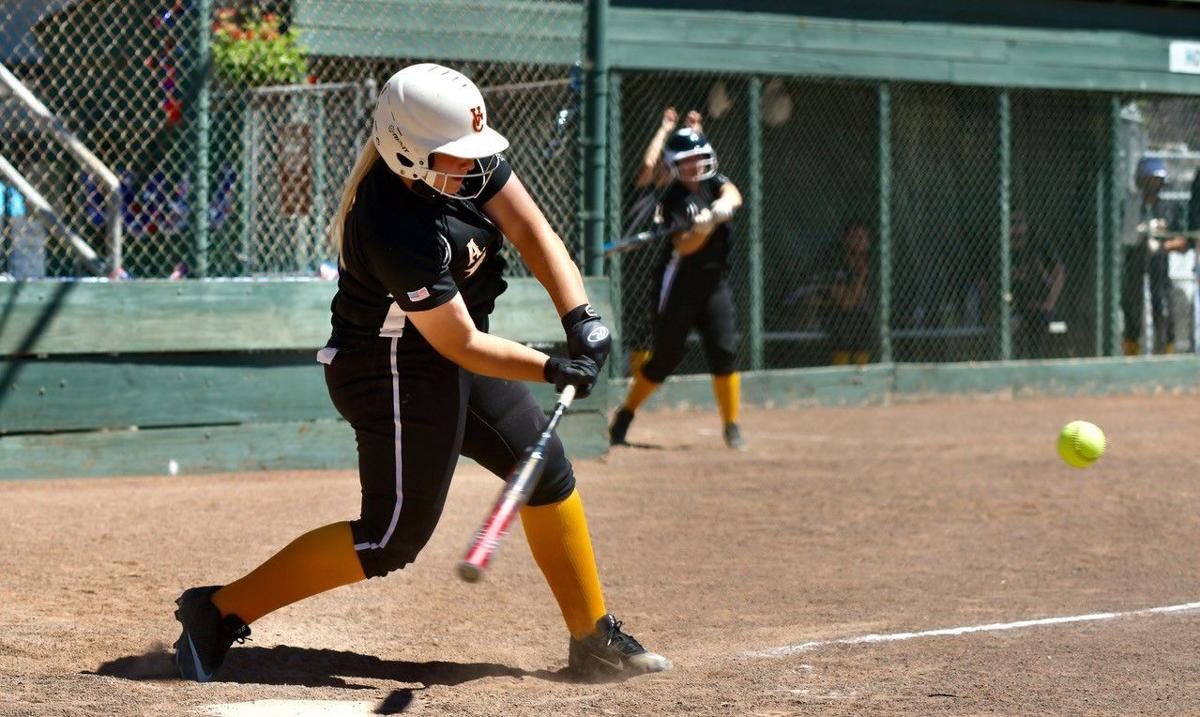 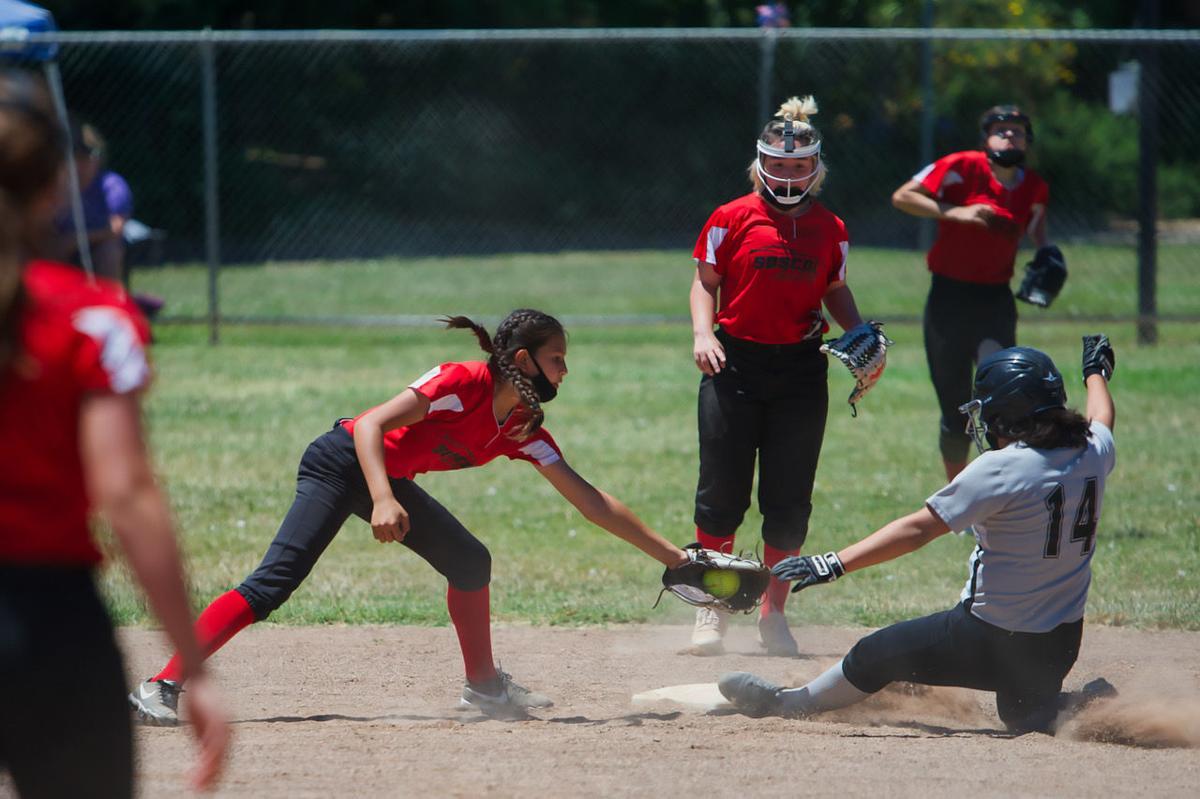 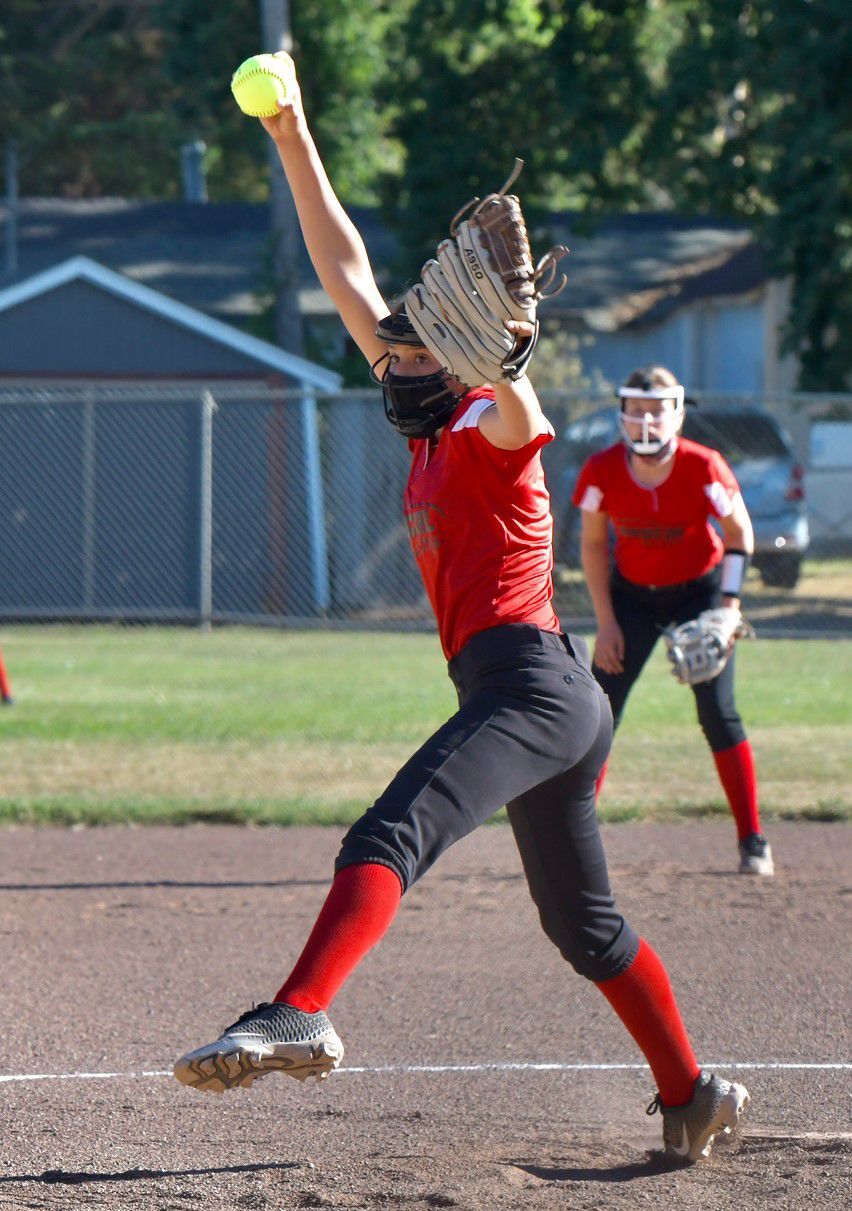 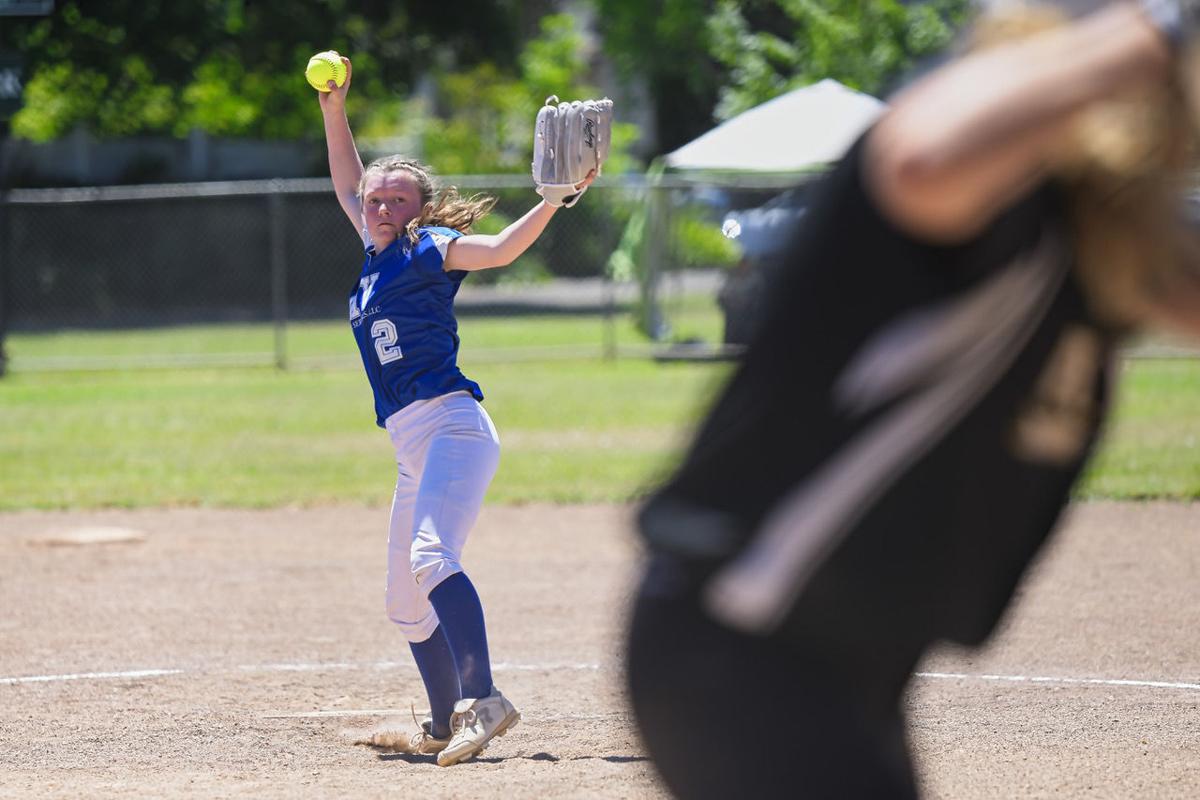 A.M.P. Construction settled for ties two nights in a row in recent Napa Valley Girls Fastpitch Association Senior Division softball action at Kiwanis Park. The games have a time limit, as no new inning can start after an hour and 40 minutes.

In a 1-1 tie against Conwell Insurance on July 6, Jordan Allen (2 for 3, run scored) tripled to lead off the game for Conwell and scored on a single by Jaclyn Perez (1 for 2, RBI), but their team would strand eight baserunners — including hitters Melissa Costilla (2 for 2) and Berkley Kramer (1 for 2).

A.M.P. settled for a tie for the second day in a row, this time with the league’s other Senior Division squad. Emilee Duncan’s three-run homer deadlocked the July 7 game 7-7 in the top of the fifth for A.M.P. Ava Moreci followed with a one-out single, but was stranded, and M.I.V. went down 1-2-3 in the bottom half.

In the Senior Division game on July 8, A.M.P. needed only four hits to score nine runs as it also capitalized on nine walks. The hits came from Kelsey Lauritsen (1 for 4, run scored), Caity Newburn (1 for 4, run scored), Ella Johnson (1 for 2, two walks, three runs scored) and Diana Garcia (1 for 3). Taylor Lauritsen scored twice and Dessiana Garcia and Alyssa Warren scored once each.

Binstock opened the July 6 Major Division game with a 2-0 lead when Abby Sims (1 for 2) singled with one out, Angie Rubalcava walked, and both scored on a two-out single by Brooklyn Miller (1 for 1, two RBIs, walk). But Binstock had only one more base runner the rest of the night, Ava Raines on a leadoff single in the fifth, as Soscol’s Auto Body’s pitcher tossed a three-hitter with 10 strikeouts and one walk.

Soscol’s Alexis Kewell (2 for 2, walk, two runs scored) led off the bottom of the first with a single and scored, Ryann Chaddock (1 for 2) tied it 2-2 with a leadoff homer in the second, and Kewell walked and scored the winning run in the sixth. Sasha Mufich (1 for 2) and Taliyah DeLuna (1 for 2) also had hits off Binstock’s pitcher, who threw a five-hitter with nine strikeouts and four walks.

Rubalcava helped her cause by smacking a triple and scoring to spark a three-run rally in the bottom of the fourth inning that gave Binstock a 7-2 lead.

In a four-inning Major Division game on July 8, Maher scored three runs in the first inning, seven in the second, and five in the third.

Binstock led the June 29 Major Division game just 6-3 after one inning but had stretched it to 19-8 by the end of the third.