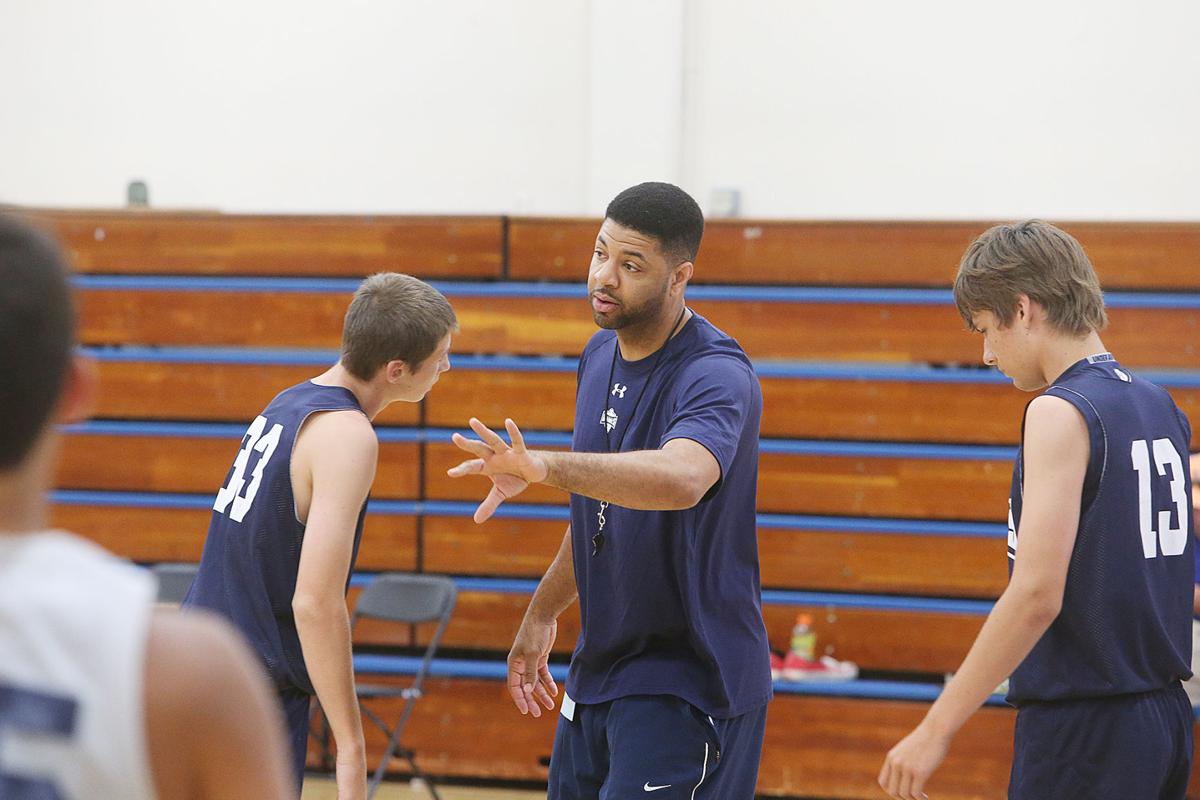 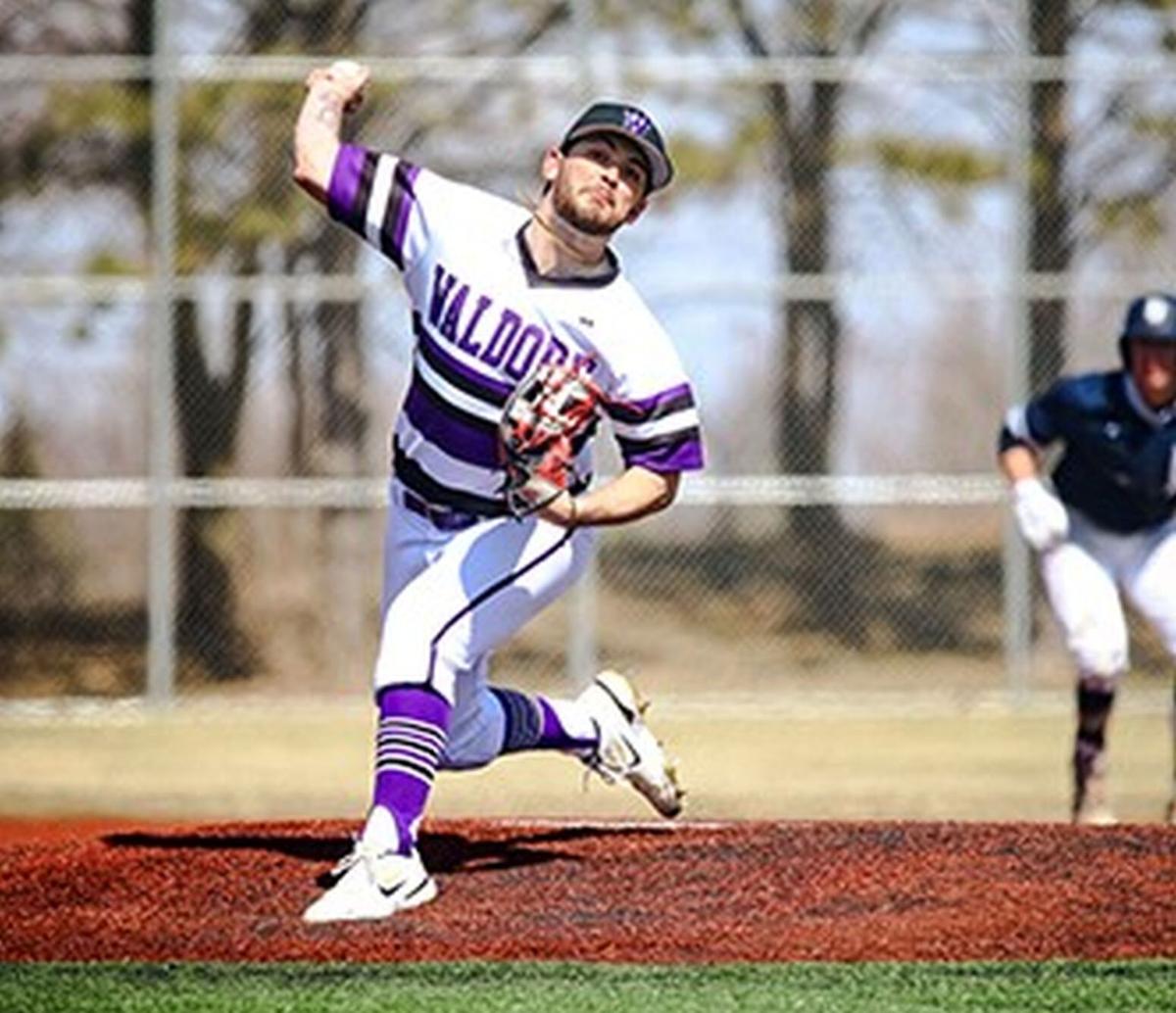 Hendrix is a 1998 Vallejo High School graduate and went on to play in college.

After redshirting one year at Gonzaga, he transferred to Santa Rosa Junior College and played two years for the Bear Cubs, earning All-State honors.

He continued his playing career at Lamar University (Beaumont, Texas), where he was named second-team All-Southland in 2002 and third-team in 2003.

He was on the staff at Vanderbilt University for the last two seasons, working first as the director of player development and quality control and then as an assistant coach.

“Damany is an exciting hire for San Jose State hoops,” Spartans men’s basketball head coach Tim Miles said in a report at sjsuspartans.com. “He is a Bay Area coach with outstanding skills as a trainer and recruiter. Damany is a connector in all ways and is already making his impact felt on our program.”

Hendrix played on the 32-2 Vallejo High team that won the CIF Sac-Joaquin Section title and finished second in Northern California in 1998. He was named to the All-Monticello Empire League team.

He started out his coaching career at Cal Maritime Academy in Vallejo as a volunteer assistant.

He was at Cal State Northridge as a graduate assistant.

He spent four years at Vallejo High as an assistant. He was the head coach of an AAU team, the Oakland Soldiers, for six years. He also founded the Bridge Builder Basketball School.

He was an assistant coach for the Northern Arizona Suns and the Raptors 905 in the NBA G League.

Hendrix, who graduated from Lamar in 2003 with a major in general studies, has also worked as a skills trainer in player development for a basketball club in Beijing, China.

“I’m truly excited to be here and to be able to return home to the Bay Area,” Hendrix said in the report at sjsuspartans.com. “I feel like this a dream come true situation for myself, being able to coach at a high level in your own backyard. A lot of coaches don’t get that opportunity, so I’m excited about that. I’m also definitely excited to work with Coach Miles, a guy who has won at every level with almost 400 wins as a head coach, so obviously he knows a lot about the game and I’m excited to soak it up, learn from him and work with a great staff.”

Nik Dodson of American Canyon is a pitcher/infielder for the Solano Mudcats Baseball Club. It’s a collegiate summer baseball program based in Fairfield that plays in the California Collegiate League.

The Solano Mudcats are in the CCL Northern Division, along with the Healdsburg Prune Packers, the Lincoln Potters and the Walnut Creek Crawdads of Moraga.

The CCL Southern Division consists of the MLB Academy Barons of Compton, the Arroyo Seco Saints of Pasadena, the Conejo Oaks of Thousand Oaks, the Orange County Riptide of Irvine, the San Luis Obispo Blues and the Santa Barbara Foresters.

“Founded in 1993, the California Collegiate League is one of America’s premier college summer baseball destinations. Ten teams canvas the golden state of California,” the league said on its website, calsummerball.com.

The season began in late May and runs through Aug. 2.

“We cannot wait to host top college players from around the country,” CCL Commissioner Rick Turner said in a report at calsummerball.com. “Since last August our clubs have been diligently preparing to return to the field. The 2021 season is poised to be the league’s best.”

Kathleen Scavo, a 2015 Justin-Siena High graduate who played college golf at the University of Oregon, on Monday qualified for this weekend’s LPGA MEDIHEAL Championship. The LPGA Tour event, which has a 144-player field and carries a $1.5 million purse, got under way Thursday and runs through Sunday at Lake Merced Golf Club in Daly City.

Scavo qualified for last week’s U.S. Women’s Open at The Olympic Club in San Francisco. She did not make the cut after shooting rounds of 80 and 79 on the Lake Course, a par-71, 6,486-yard layout.

Juan Lopez-Rios, who is from Napa, is an infielder for the Eastside Diamond Hoppers of the independent United Shore Professional Baseball League. The league is based in Utica, Michigan.

Lopez-Rios, a Vintage High graduate, went 2-for-4 in Eastside’s 9-2 loss on May 31 to the Utica Unicorns at Jimmy John’s Field in Utica.

Lopez-Rios played at Clarke University, an NAIA school in Dubuque, Iowa. He batted .400 with six doubles, a triple, three home runs and 24 RBIs during the 2020 season. He had seven stolen bases, a .662 slugging percentage, and a .494 on-base percentage.

Emily Schuttish of Napa, a senior pitcher for the UC Santa Barbara softball team, was named All-Big West Conference honorable mention after compiling an 11-14 record and 3.29 earned run average in 29 appearances, with 26 starts, it was announced ucsbgauchos.com on May 19.

Schuttish, a Vintage High graduate, pitched 147 innings and had 13 complete games during the 2021 season.

Schuttish pitched a one-hit shutout in leading Santa Barbara to a 2-0 win over Cal State Northridge on May 15. She walked two, struck out seven and hit one batter.

Jeff Wilson of Fairfield tied for low medalist honors with an even-par 72 during a U.S. Senior Open qualifying on June 7 at Corral de Tierra Country Club.

Wilson, an amateur who plays out of Green Valley Country Club in Fairfield, advances to the U.S. Senior Open Championship, July 8-11, at Omaha Country Club in Omaha, Nebraska.

Arcadia High School will host the California State Track & Field Championships June 25 and 26, it was announced by PrepCalTrack.com on June 1.

The USA Track & Field-sanctioned meet is presented by VS Athletics, in conjunction with PrepCalTrack.com and Finished Results.

“There might not be an official CIF-State Championship meet this year, but the Golden State’s premier talent will still have their chance to determine who is Number One … “ PrepCalTrack.com reported.

“Early response has been strong from around the state and the anticipation will continue to build for this season-ending showdown meet!”

Entries are limited to the top 40 verified marks for those students enrolled in high school during the 2020-21 school year, PrepCalTrack.com said.

St. Helena High’s Harper McClain has the ninth-fastest time in the state for the girls 3,200 meters at 10:28.83, according to the California state leaders’ list at prepcaltrack.com on June 8.

A roundup of recent college and high school sports results in the Napa Valley.