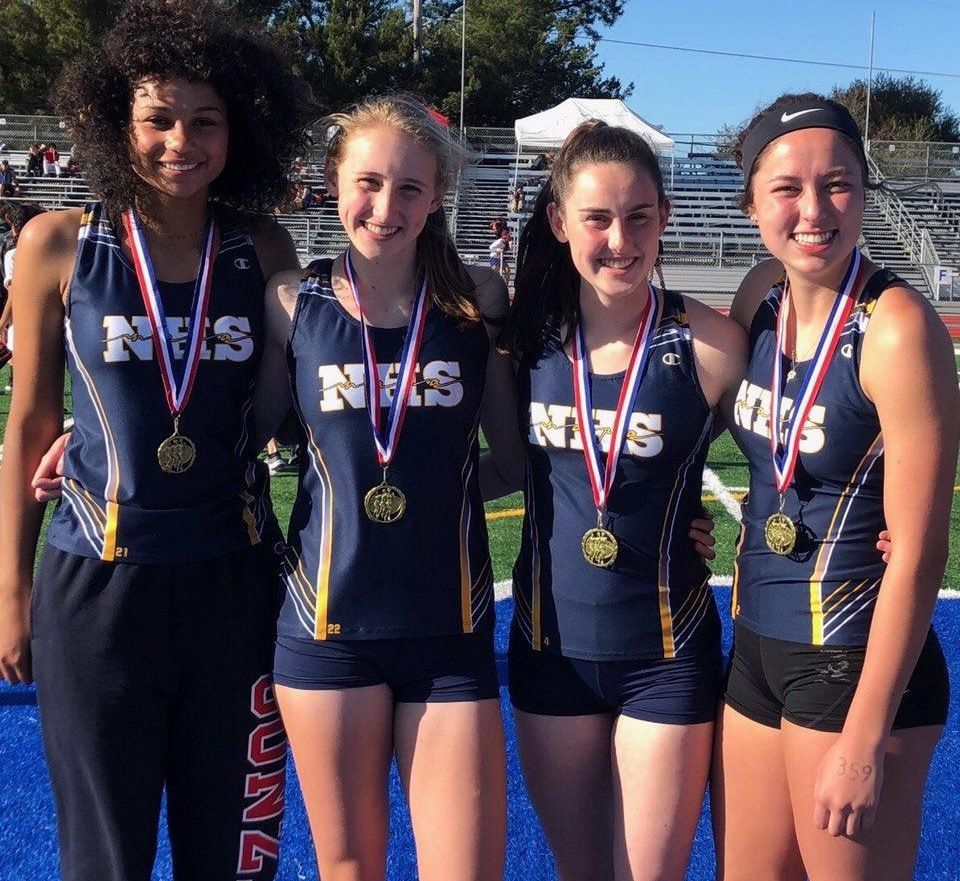 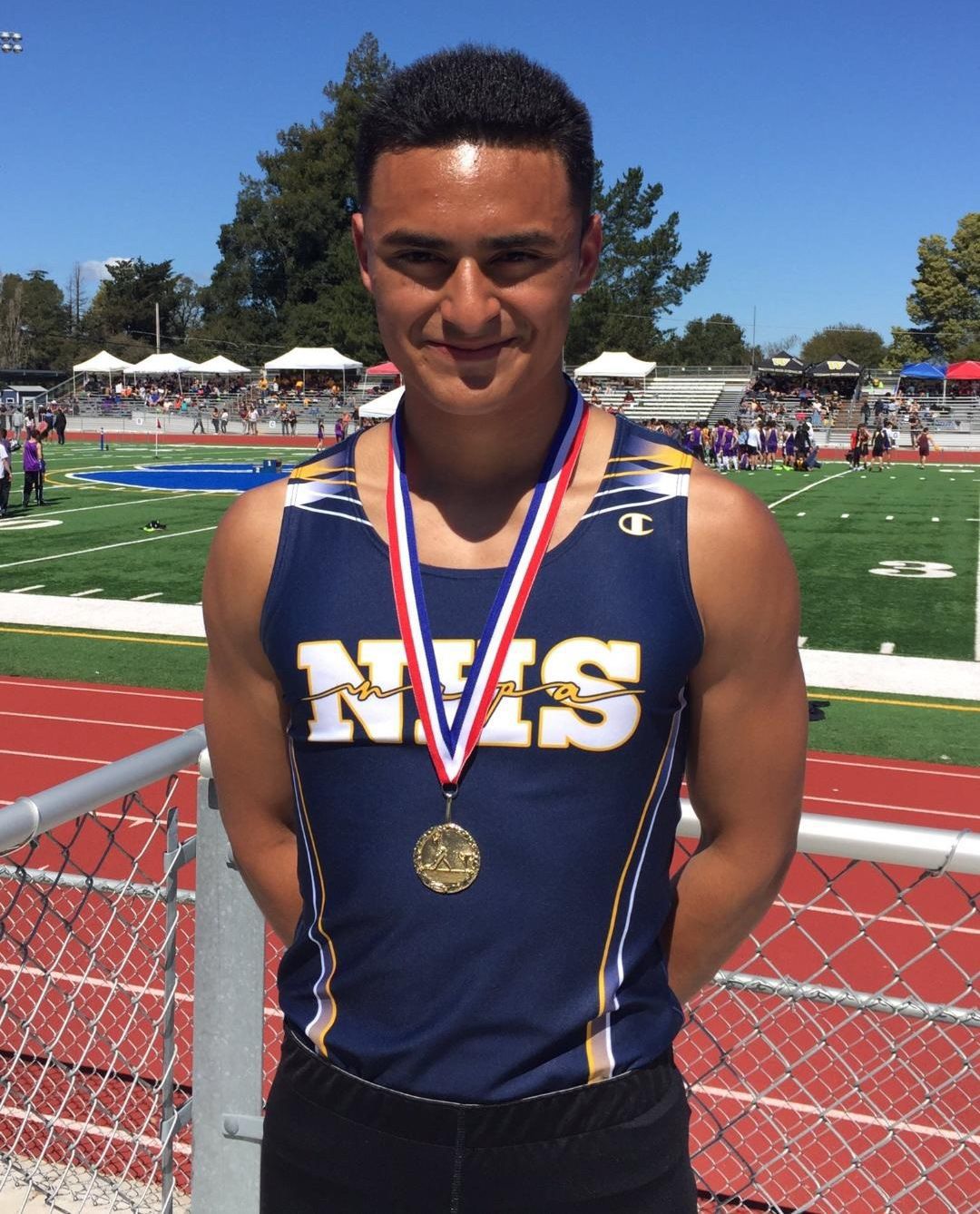 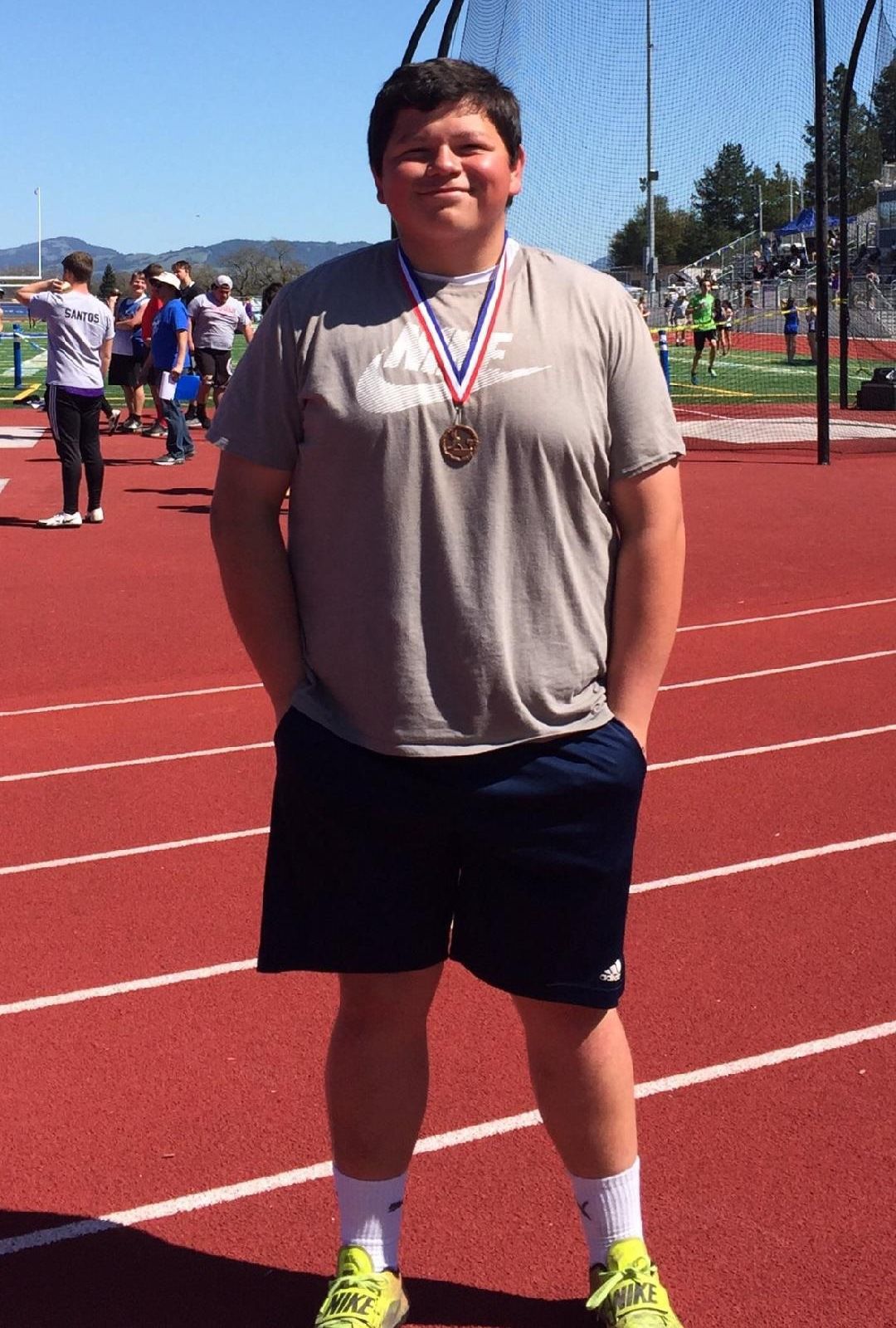 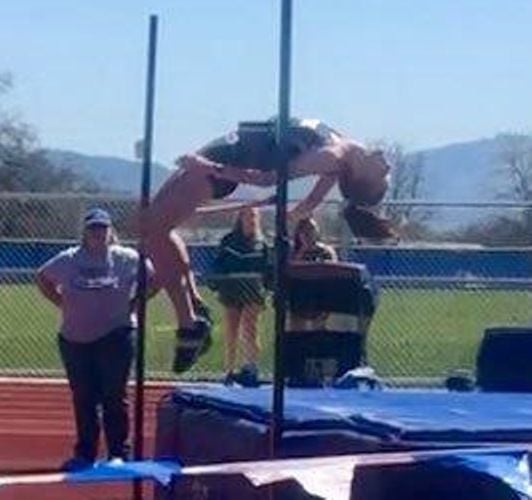 The Napa High track and field team had a strong meet at the Castleberry Invitational on March 30 at Analy High in Sebastopol.

The boys throwers were led in the shot put by junior Quentin Dervin with a second-place finish (42-11) and senior Joey Holland with a sixth (PR 38-4), and by Holland in the discus with a third (106-6).

Strong team efforts were on display from both schools as the Justin Siena girls won 87-48 and the visiting American Canyon boys prevailed 78-58 in VVAL action at Dodd Stadium.

The Braves’ girls won every sprint up through the 800 meters, and led the way in all but one field event. The 4x100 relay team of Natalie Kelly, Claire Sullivan, Sydney Thweatt and Jojo Weis set the tone with a big win in a league-leading time of 52.36.

Kelly also earned strong second-place points in the 100 (13.96) and 200 (28.49), while Whitney Powers took second in the pole vault (8-0). Justin Siena junior Lauren Aubert was second and senior Emily Breneisen third in the mile.

The Braves’ 4x100 relay team of Solomone Anitoni, Blake Hoban, Mispagel and Say won in a PR time of 44.18, and the American Canyon 4x400 team of Stewart, Jazjuan Kenion, Kristian Valencia and James Santos won in a time of 3:38.57.

The JV Boys saw American Canyon win 75-61 behind victories from Duran Paez (100, 200) and Ezekiel Anderson (400), while Justin-Siena got first places in the 800 and 1600 from Paul Giusto , and in the shot put and discus from TJ Schoningh. Justin-Siena’s Cole Chatagnier won the 300 hurdles, and Seth Morrison took the long jump.

Kyle Dozier shot a 71 as the Storm finished third out of seven teams in a Big 8 Conference Tournament on Monday at Windsor Golf Club. Frank Gawronski added a 79, Robby Hess and Mason Adams 82s, and Steve Plate an 84.

Napa Valley finished second in another conference tournament on April 3 at Wildhorse Golf Club in Davis. Dozier and Gawronski each shot 73, Hess 74, Brandon Alemania 77, and Plate 81.

Napa Valley is currently third in the Big 8 standings.

The visiting Braves came away with a mercy rule-shortened VVAL victory on Monday.

After Justin-Siena (6-3, 1-1 VVAL) left two baserunners in the top of the first inning, Napa (2-8, 1-3 VVAL loaded the bases with two outs in the bottom half but Braves pitcher Madden Edwards got out of the jam.

Justin-Siena broke through in the second, scoring two unearned runs on the second of seven Napa errors. The Braves squandered an opportunity in the third, but tallied three more runs in the fourth to chase Grizzlies starter Aiden Chatham. Gianni Natuzzi’s two-out single after a botched rundown plated two runs, and an RBI single by Keith Binz gave the visitors a 5-0 lead.

Justin-Siena scored six unearned runs in the fifth without a hit, capitalizing on five walks, three Napa errors and a Natuzzi sacrifice fly.

Edwards (3-0) got the win for the Braves, allowing one hit, no runs and four walks while striking out six in four innings. David Elias worked the fifth and needed only five pitches, all strikes, to end the game, thanks to two outstanding catches by Binz in center field.

Chatham took the loss for the Grizzlies, pitching three-plus innings and allowing three runs (one earned) on two hits, two walks and two strikeouts. Daniel Healy and Matt Patane each had a hit for Napa.

ATLANTA — Stetson Bennett helped No. 1 Georgia finish a perfect regular season, and then shifted his attention to Alabama.