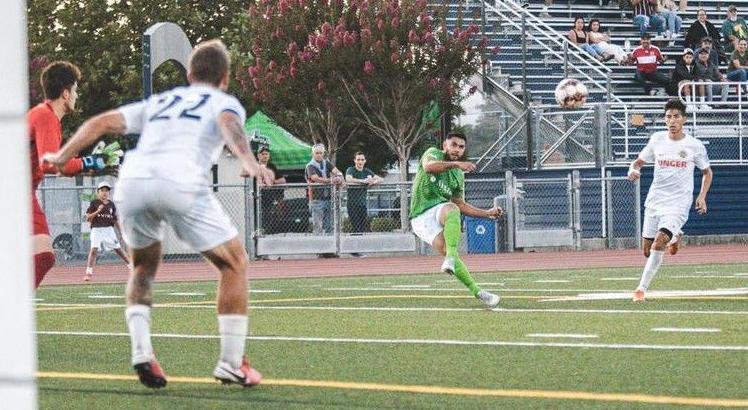 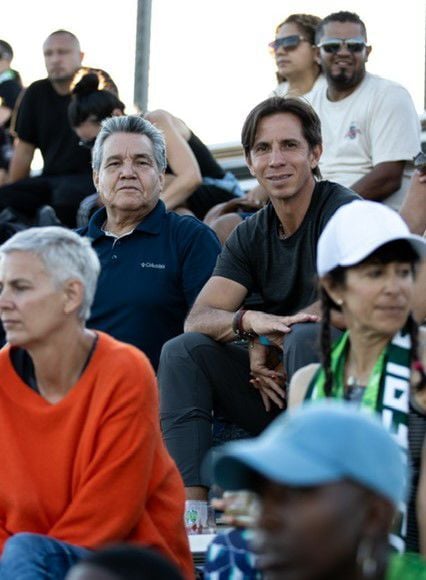 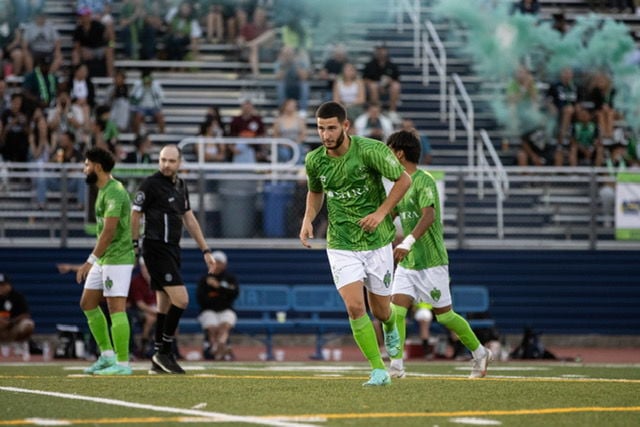 Napa Valley 1839 FC began an exciting week by announcing it will host Leyendas del Guadalajara in an exhibition match Aug. 28 at Napa Memorial Stadium, and ended it by salvaging a 2-2 tie against Sacramento Gold at Justin-Siena’s Dodd Stadium on Saturday night.

Jalisco-based Leyendas del Guadalajara is an exclusive group of former professionals who played for Mexico’s most popular club, Club Deportivo Guadalajara, or “Chivas,” as it is known around the world.

“It’s exciting to be able to continue to host these sort of matches,” said 1839 FC co-owner Joshua Goss. “One of our goals when we began our project back in 2017 was to provide family fun entertainment and give our fans the opportunity to engage with their favorite players here in our town. We hope to make many people happy with this event. It’s going to be a fun one full of quality soccer.”

Among the spectators at Saturday night’s game — where the first 200 spectators each received an 1839 FC scarf courtesy of team partner AUL Corp — was Leyendas del Guadalajara player and former Mexican national team legend Paulo Cesar “Tilon” Chavez, who signed autographs for fans throughout the evening.

“It was a very intense match, said leading 1839 FC scorer Luis Ramirez. “Sacramento is a very physical team that took advantage of our minor mistakes to take the lead, but we continued to battle and managed to overcome our errors and nearly take the match.”

Napa Valley controlled ball possession most of the match, but flashbacks of its previous two home matches continued. Just 7 minutes in, Sacramento was awarded a penalty kick after 1839 FC goalkeeper Sucre Herrera tripped up striker Dominic Vegaalban in his goal box. Vegaalban converted to put Gold FC up 1-0.

Having given up a penalty in each of its three home games so far, Napa Valley didn’t seem to dwell on it as it immediately attempted to tie the contest. The first clear opportunity came in the 30th minute, when striker Dario Pavon took a well-placed hard shot from outside the 18-yard box — only to see it get saved by the fingertips of Sacramento goalkeeper Alejandro Reyes.

But no one seemed more determined in the second half than Ramirez. The Napa Valley striker battled for every ball possible to give his side the much-needed goals.

“We know we’re a good team,” Ramirez said. “We came out more hungry in the second half and saved a point that is crucial toward getting into the top four places to be able to host a playoff game.

But not before conceding a second goal.

“We need to show that (hungry) attitude for the full 90 minutes of each game,” Ramirez said.

With high offensive pressure, 1839 FC risked the defensive end and fell victim once again to Vegaalban’s finishing in the 53rd minute. Sacramento’s quick striker netted his second of the night after a counter attack that was started from a long ball played by midfielder Nicolaus Medina.

Despite the 2-0 Sacramento lead, Napa Valley's dominance and composure continued.

After numerous attacks on Sacramento’s goal, 1839 FC midfielder Luis Mendoza in the 58th minute took a strike at goal that was deflected off the hand of Gold FC defender Gabriel Padilla inside the goal box. The referee was left with no choice but to award the home team a penalty. Ramirez ensured the goal from the spot to make it 2-1, sending the home the fans into loud celebrations.

Gold FC respond with an opportunity of its own shortly after. Fortunately for Napa Valley, 19-year-old goalkeeper and CSU Bakersfield standout Herrera denied Christopher Christian’s header with an outstanding save at the goal line.

With minutes elapsing, the Mendoza and Ramirez duo became only more dangerous. The chemistry between both offensive-minded players was put on high display in the 67th minute, when they combined for a beautiful play that culminated in the 2-2 score line.

Mendoza played a ball over the Sacramento defensive line from midfield that Ramirez controlled and chipped beautifully over goalkeeper Reyes, who was out of his line.

Fans were treated to an exciting finish that nearly saw 1839 FC make the full comeback, as Ramirez attempted a shot with a bicycle kick that went wide.

“The team played a great match today,” 1839 FC head coach Mark Corbett said. “It was a convincing performance that we can feed off from to continue strong going into the season finale and playoffs.”

Napa Valley 1839 FC is now fifth in the NPSL Return to Play Series standings. With two crucial matches remaining in the regular season, the team will seek consecutive victories in order to guarantee a top-four finish and home seed for the postseason.

The first test for the Wine Country side will be a road trip to San Leandro’s Burrell Field at 6 p.m. this Sunday, July 18, to take on the Oakland Stompers (0-5). Napa Valley will return to Dodd Stadium on July 24 for the regular-season finale against San Francisco’s El Farolito (4-1).

Visit napavalley1839.com for tickets for the July 24 match and more information on the exhibition against Leyendas del Guadalajara.