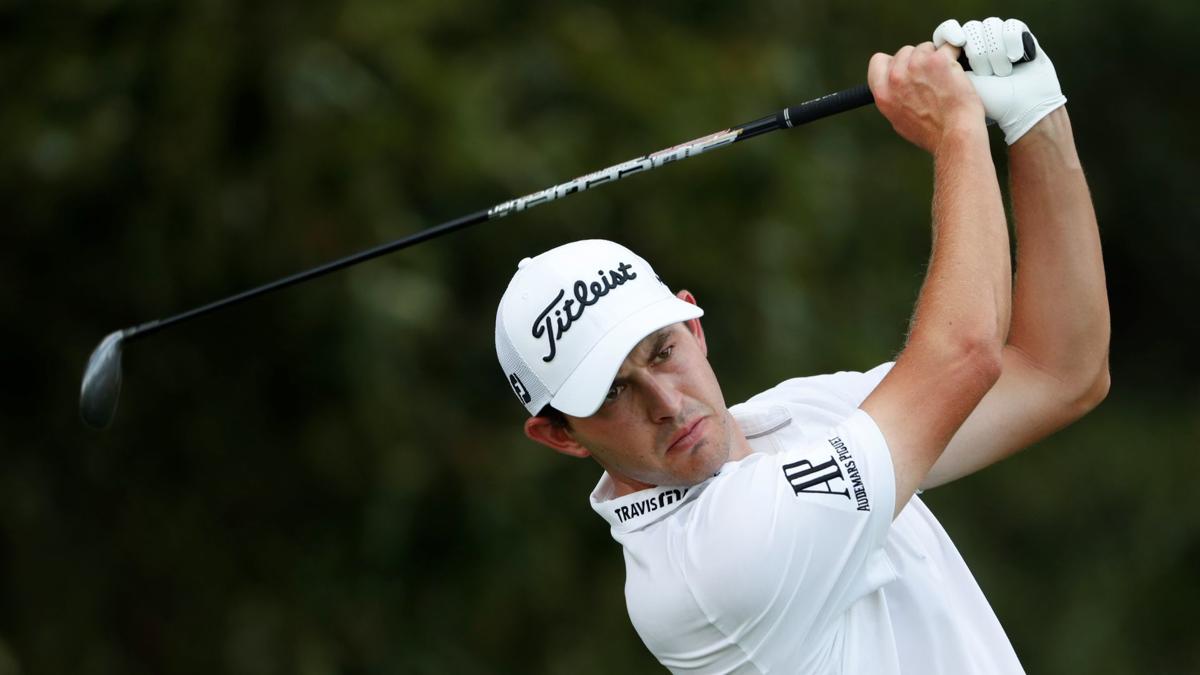 Patrick Cantlay hits from the No. 3 tee during second round of the Tour Championship on Aug. 23 at Eastlake Golf Club in Atlanta. 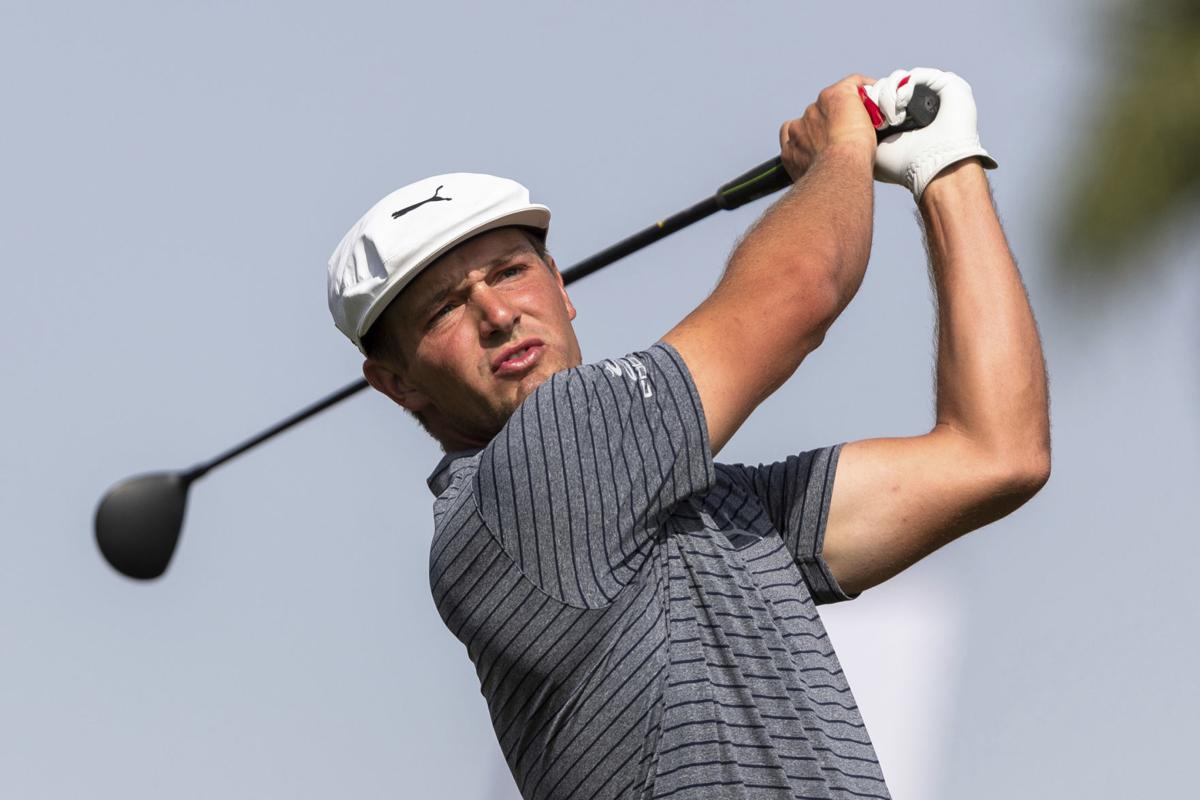 Bryson Dechambeau tees off at the Dubai Desert Classic the United Arab Emirates on Jan. 27. Dechambeau is a part of the field for this year's Safeway Open at Silverado Resort and Spa in Napa that runs Sept. 26-29.

Patrick Cantlay hits from the No. 3 tee during second round of the Tour Championship on Aug. 23 at Eastlake Golf Club in Atlanta.

Bryson Dechambeau tees off at the Dubai Desert Classic the United Arab Emirates on Jan. 27. Dechambeau is a part of the field for this year's Safeway Open at Silverado Resort and Spa in Napa that runs Sept. 26-29.

Patrick Cantlay and Bryson DeChambeau, the No. 7 and No. 10 players in the Official World Golf Ranking, respectively, have committed to play in this month’s Safeway Open PGA Tour event at Silverado Resort and Spa in Napa.

Players have until Friday, Sept. 20 at 2 p.m. to officially commit to the tournament, which has a $6.6 million purse and is presented by Chevron.

Mickelson is a 44-time PGA Tour winner and a World Golf Hall of Fame member. He tied for 17th at the Safeway Open last year.

“It’s the strongest field we’ve had. We’re really excited about it,” Safeway Open Tournament Director Matt McEvoy said Wednesday at Silverado. “We’re optimistic that a few more are going to still commit. They still have some time.

“I think the players realize how important it is to start their season in the fall. They have such an amazing time at Silverado and the Napa Valley, being able to enjoy everything that we have here. It’s great to have some of these guys for the first time. Adam Scott and his team are super excited about coming here for the first time. It’s Jim Furyk’s first time playing in the tournament. They’re excited about it.”

The Safeway Open, now in its fourth year, will have a 144-player field. The five-year agreement runs through 2020 with the PGA Tour event remaining at Silverado for the duration.

The 2019-20 season begins this week with A Military Tribute at The Greenbrier in White Sulphur Springs, West Virginia. The Sanderson Farms Championship in Jackson, Mississippi, scheduled for Sept. 16-22, is the second tournament.

Cantlay tied for 17th place at last year’s Safeway Open. He won his second Tour title, the Memorial Tournament presented by Nationwide, in June, and advanced to the FedExCup Playoffs for the third straight season. He tied for 12th at The Northern Trust, was second at the BMW Championship, and tied for 21st at the Tour Championship.

He made 18 of 21 cuts and concluded the season tied for 21st in the FedExCup standings. Cantlay ranked second with a 69.306 scoring average.

DeChambeau is a five-time winner on the Tour and won the Shriners Hospitals for Children Open last November. He made 17 cuts in 21 starts and had five top-10 finishes last season.

He tied for second at the 3M Open, was seventh at the Sentry Tournament of Champions, tied for eighth at the Travelers Championship, and tied for 10th at the Sony Open in Hawaii.

He advanced to the playoffs and was 12th in the FedExCup standings.

Sungjae Im voted as Rookie of the Year

Sungjae Im, who is from Jeju, South Korea, was voted as the 2019 PGA Tour Rookie of the Year, the Tour announced on Wednesday. He will receive the Arnold Palmer Award.

Im had seven top-10 finishes during the 2018-19 season. He tied for third at the Arnold Palmer Invitational presented by Mastercard and finished tied for 19th in the FedExCup standings.

Seventeen-year-old Akshay Bhatia, No. 5 in the Men’s World Amateur Golf Ranking, will be playing in his first event as a professional at the Safeway Open.

He played on the 2019 U.S. team, which recently won the 47th Walker Cup over a team comprised of players from Great Britain and Ireland at Royal Liverpool Golf Club, in Hoylake, England. Bhatia, a resident of Wake Forest, North Carolina, is the youngest player ever to be named to the U.S. Walker Cup team. The Walker Cup is a biennial amateur team competition.

“We had a great time, and definitely some emotion came out for all of us, I’m sure. Obviously here we are with the trophy next to us, and got it done,” Bhatia said in a transcription provided by www.asapsports.com.

“There’s a lot of history, a lot of great golf history here. And we’re happy to be a part of that,” said Jeff Sanders, the tournament executive director and the President of Lagardere Sports North American Golf Event Division.

The tournament has support from 1,400 volunteers.

“A huge thank you to the 1,400 volunteers that we have out here, every year working so hard tirelessly, hour by hour, through the night, helping to stage the event,” said Sanders.

“There’s a lot of moving parts and pieces of this tournament.”

To purchase tickets, or for more information, visit safewayopen.com.