PGA Tour’s Fortinet Championship: No defending champ, but plenty of huge names in field at Silverado
Share this
{{featured_button_text}}
1 of 3 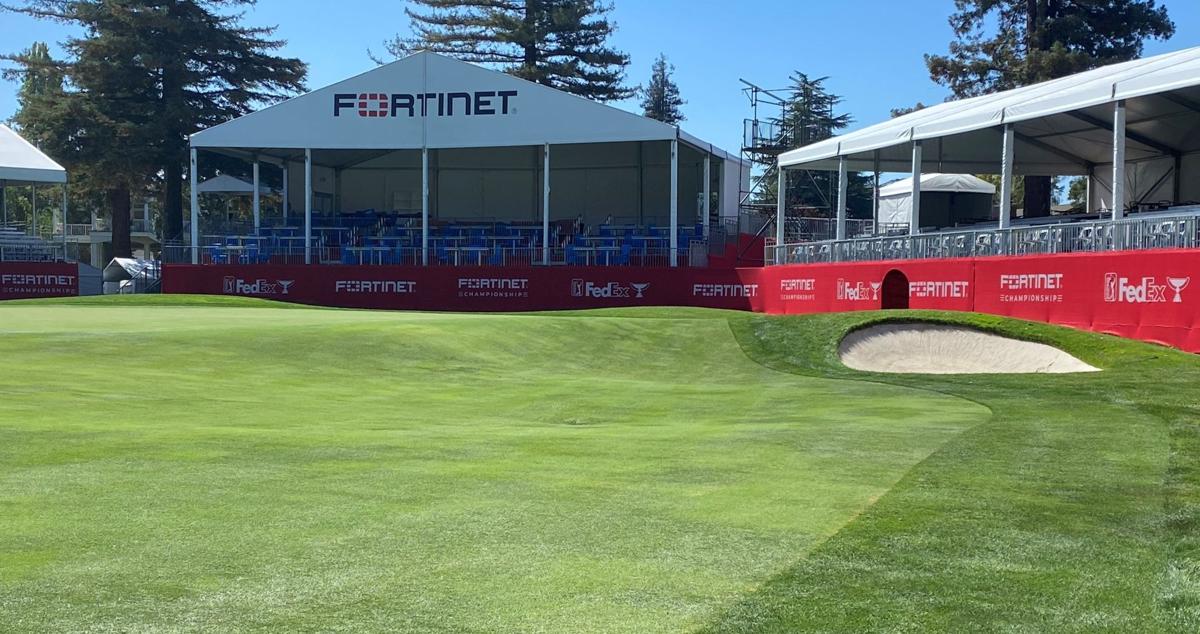 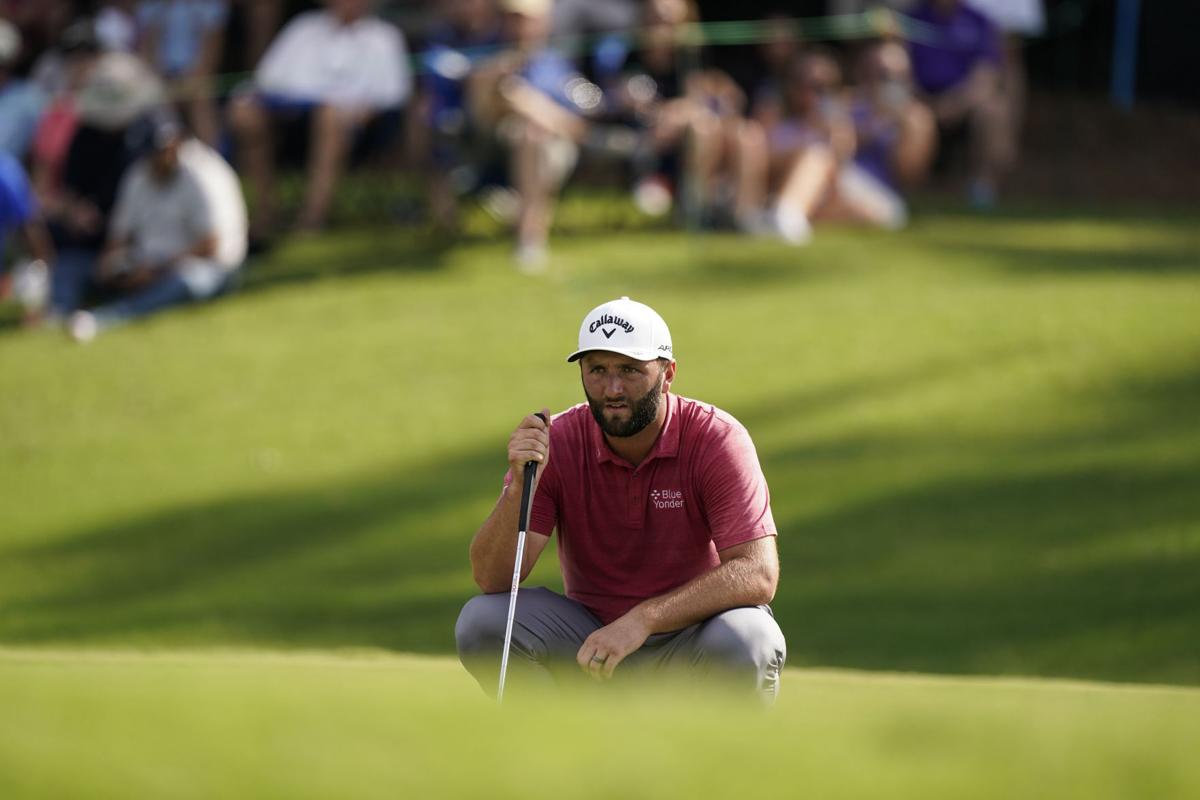 World No. 1 golfer Jon Rahm, shown during the final round of the PGA Tour Championship on Sept. 5 in Atlanta, is one of three major tournament winners in this week's field for the Fortinet Championship at Silverado Resort and Spa. 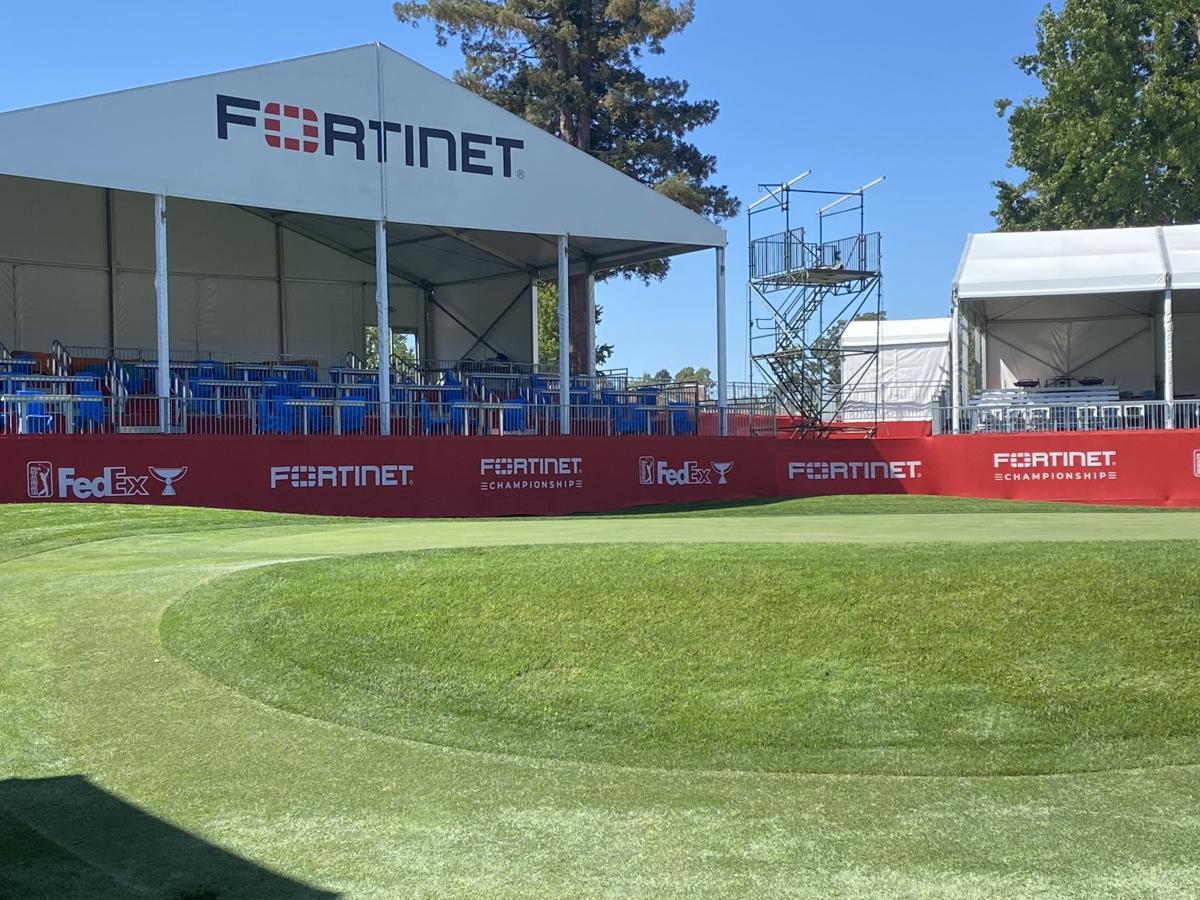 It’s the first year with Fortinet, a global leader in broad, integrated and automated cybersecurity solutions, as the tournament’s title sponsor. It marks the eighth year in a row that the PGA Tour has played at Silverado, with the Frys.com Open (2014-2015) and the Safeway Open (2016-2020) serving as previous events during the fall season on the par-72, 7,166-yard North Course.

Rahm, Mickelson and Matsuyama are three of the four reigning major champions on Tour.

“They’re coming off great seasons, and they want to continue their momentum,” said Matt McEvoy, Executive Director of the Fortinet Championship.

Mickelson won the PGA Championship at the Ocean Course at Kiawah Island, South Carolina in May. He’s the winner of 45 PGA Tour events and a World Golf Hall of Fame member.

The PGA Player of the Year Award is based on a point system for tournament wins, official money standings and scoring averages, according to pga.com.

Rahm is No. 1 in the Official World Golf Ranking, announced on Sept. 12. He was the runner-up in the final FedExCup Standings and had Top-10 finishes in 15 events this past season.

Also in the field is Champ, a Sacramento native who won the Safeway Open at Silverado in 2019, along with Webb Simpson, Brandt Snedeker, Matt Kuchar and Kevin Na.

“It’s really a good list. It’s one of our best fields we’ve had for the event to date,” said McEvoy.

There is a field of 156 players. The tournament champion is awarded 500 FedExCup points.

“There is something to be said about this golf course at Silverado, about the quality of the experience and the Napa Valley for the players to come and bring their families and have a great week, but to also really set up their season. Come play well, get FedExCup points and then figure out the rest of their season coming into the fall.”

The Fortinet Championship, an official FedExCup event, carries a $7 million purse and is the kickoff event of a regular-season schedule that bridges two years. The Tour’s 2021-22 schedule features 48 official events, including 45 during the FedExCup Regular Season, and finishes with three FedExCup Playoff events in 2022.

Rookie of the Year

Will Zalatoris, voted as the 2021 PGA Tour Rookie of the Year, will start the new season in Napa, as he is in his first full season as a member of the Tour. The Rookie of the Year is voted on by the Tour’s membership for the 2020-21 season.

“The past two years have just been so wild. If you told me that I would have been sitting here as the Rookie of the Year, especially when we had the four-month layoff, and told to have the wraparound season, I would have had a tough time believing you. It’s a really great honor and I’m excited to get going,” said Zalatoris.

“On behalf of the PGA Tour, my congratulations to Will Zalatoris on being voted the 2021 PGA Tour Rookie of the Year by the Tour’s membership,” Tour Commissioner Jay Monahan said in a press release. “Will’s success despite not having PGA Tour membership status at the outset of the 2020-21 season is a testament to not only his ability but also his hard work and attitude.”

The Fortinet Championship offers a combination of food, wine, music and golf.

The three-night concert series is included with the price of a ticket. The concerts take place in front of the Silverado mansion and feature Chase Rice on Thursday, the Wallflowers on Friday, and Weezer on Saturday.

The food and wine pavilion, located behind the No. 1 green and No. 17 fairway, features Ad Hoc and La Calenda.

“We’ve made all of the venues of our hospitality open air. We’re a really good, family friendly outdoor event with really good hospitality, and where people can also really feel safe,” said McEvoy.

“There’s great public viewing options for all spectators on the key holes of the golf course,” said McEvoy.

“We’re really set up to have a fantastic week for the inaugural Fortinet Championship.”

Mat Dunmyer, Silverado’s Director of Agronomy who oversees course set-up, said preparations are moving along well in advance of the tournament.

“Everybody from the Tour said this is by far the best that it’s been in,” said Dunmyer. “It’s been good to see, the progression every year. The playing surfaces have been progressively better and better, just with the overall consistency. Everything we do out here is not only for this tournament, but it’s for our members and guests. It just makes an overall better product for us when we can make everything more consistent.”

Silverado’s grounds crew will double cut and roll the greens each day. Dunmyer said green speeds will be in the high 11s to right around 12 for the weekend on the Stimpmeter. It’s used to measure green speed.

The North Course is also firming up.

“The overall firmness of the golf course is really good. We shut the water off a couple days ago. The afternoon breeze that we’ve had and the lower humidity percentages that we’ve seen has really brought some firmness to all areas of the course. We did have a little bit of rain (last week). It was enough to give us a little more clean water and moisture on the top for the greens and the fairways, which was actually welcomed,” he said.

The height of the primary rough will be at over three inches.

“We’re really proud of the work the agronomy team has put in,” said Cody Sherrill, Silverado’s Director of Golf Operations. “It will continue to firm up as the week goes on. We’ve been so fortunate with the weather. It’s really shaping up to be a fantastic week.”

The tournament pro-am is Wednesday.

Golf Channel will televise all four rounds, Thursday through Sunday, from 3-6 p.m.

Fortinet will host a technology symposium and summit during tournament week at Silverado.

“To be able to really lead this event and incorporate it into our community and into the business community, and to be the premier sports event for the Napa Valley and wine country is pretty exciting,” said McEvoy.

Net proceeds from the Fortinet Championship will benefit non-profit organizations in the areas of STEM, women and minorities in technology, as well as veterans reskilling programs, the Tour said in a press release.

Cink not in field

Stewart Cink, who won the Safeway Open last year at Silverado with son Reagan caddying, is not in the field this week.

In an announcement on Twitter, on Sept. 7, Cink, @stewartcink, said:

“So glad for new sponsor @FortinetChamp‬, but scheduling shifted the event back one week, to same weekend as my son Connor’s wedding. So, I won’t be able to play as “defending champ.” But…can’t wait for many more events in #Napa!”

PGA Tour's Fortinet Championship: Patience pays off for Reavie; Mickelson in his last event of 2021

After an opening round of the Fortinet Championship that ended with Chez Reavie leading by a stroke at Silverado Resort and Spa in Napa on Thursday, Phil Mickelson said he'll be taking off the rest of 2021 and the world's No. 1 player, Jon Rahm, talked about not feeling well en route to a 72.

World No. 1 golfer Jon Rahm, shown during the final round of the PGA Tour Championship on Sept. 5 in Atlanta, is one of three major tournament winners in this week's field for the Fortinet Championship at Silverado Resort and Spa.