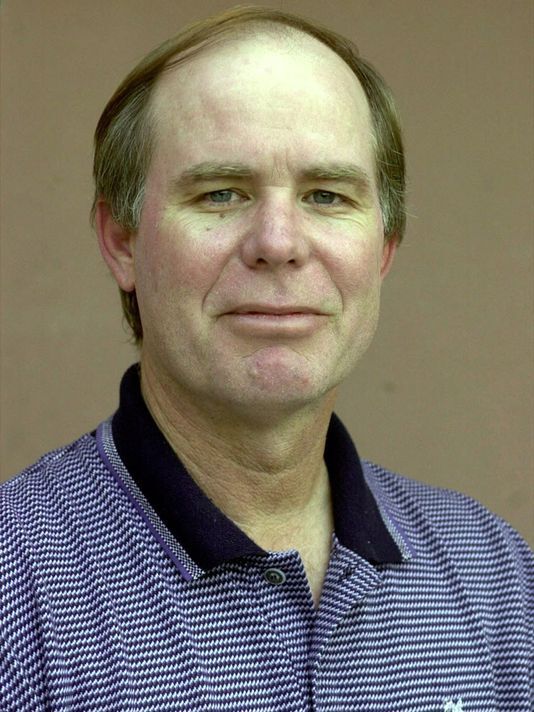 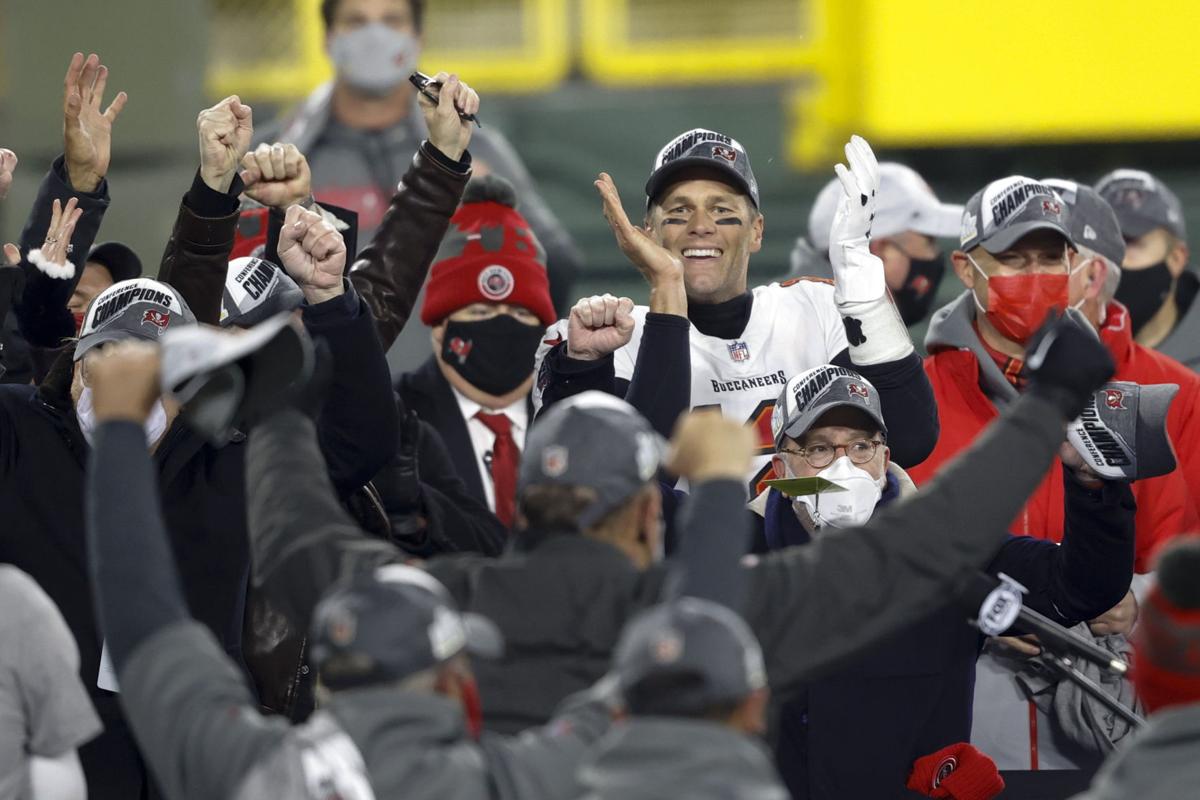 Tampa Bay Buccaneers quarterback Tom Brady celebrates with teammates after winning the NFC championship game against the Green Bay Packers on the road Sunday, 31-26, and advancing to the Super Bowl.

Stop if you’ve heard this one before.

Seriously, just stop. Because even in the weirdest sports time ever what Tom Brady is doing yet again in the NFL playoffs borders on the unbelievable.

Forget the numbers, because they’re so crazy they’re barely believable, either. Or the fact Brady threw interceptions on three straight second half possessions in Green Bay yet still found a way to win.

Here’s one you really haven’t heard before: Tampa Bay is heading home to become the first team ever to host a Super Bowl two weeks from now in Florida.

And while football is the ultimate team sport, it’s all because of a 43-year-old who knew he had something left and made his teammates believe, too.

“The belief he gave everybody in this organization that it could be done,’’ said Buccaneers coach Bruce Arians, “it only took one man.’’

One man with six Super Bowl rings who won’t be satisfied until he has a seventh. One man who will be celebrated long after he throws his last pass as the greatest quarterback ever.

One man who has made No. 12 synonymous with greatness — and now has done it in two different uniforms.

The uniform wasn’t the only thing different on a championship Sunday in Green Bay. The coach on the sidelines was, too, and this time Brady just needed to protect a lead in the final minutes instead of having to manufacture a winning drive.

But the wide smile afterward was the same we’ve seen for so long. So, too, was the predictable deflection to his teammates afterward.

“Today was just a great team effort,’’ Brady said. “We played sporadically a bit, but the defense came up huge.’’

It wasn’t all Brady, of course. The defense kept Green Bay quarterback Aaron Rodgers in check for the most part, the Buccaneers got a crucial pass interference call late and there was a head scratching decision by the Packers to go for a field goal late and count on their defense to stop Brady and get the ball back one last time in what would be a 31-26 win.

It turned out to be a very bad call.

“That wasn’t my decision,’’ Rodgers said as diplomatically as possible. “But I understand the thinking.’’

As opposing coaches have found out so many times over the years, that kind of thinking doesn’t usually work against a team that has Tom Brady under center.

Especially when you give him the ball with 2:05 left and need just a first down or two to win the game.

The result was predictable, even if the Bucs needed a questionable pass interference call to make it official.

Brady had a few regrets, too, especially when he came close to throwing the game away with a trio of second half interceptions. By now, though, he can’t have any second thoughts about leaving Bill Belichick and New England and heading south to only the second team of his pro career.

He beat Drew Brees at the Superdome, and outscored Rodgers at Lambeau Field. He had to win three games on the road to make yet another Super Bowl, and that’s just what he and the Bucs did.

Now he can do what no other quarterback has ever done — enjoy sleeping in his own bed before playing for a seventh ring.

There’s two weeks before that big game, which means two more weeks to appreciate just what Brady is doing. And, love Brady or not, you have to appreciate a career that will likely never be matched

Enjoy seeing his greatness because no one will ever play in 10 Super Bowls and no one will ever have a chance at a seventh ring. The cast around Brady has changed constantly over the years but what hasn’t changed is he always seems to find a way to win.

He did it again on an unfamiliar field against a quarterback who will one day join him in the Hall of Fame. And while it may have been his first NFC title game after two decades in the AFC, Brady is now an amazing 10-4 in games he needs to win to make the Super Bowl.

The numbers keep adding up, but only two are important right now.

One more game to win. One more ring for the best to ever play the game.

Tim Dahlberg is a national sports columnist for The Associated Press. Write to him at tdahlberg@ap.org or twitter.com/timdahlberg,

How could the rest of the Bucks Nets series shape out?

How could the rest of the Bucks Nets series shape out?

Tampa Bay Buccaneers quarterback Tom Brady celebrates with teammates after winning the NFC championship game against the Green Bay Packers on the road Sunday, 31-26, and advancing to the Super Bowl.