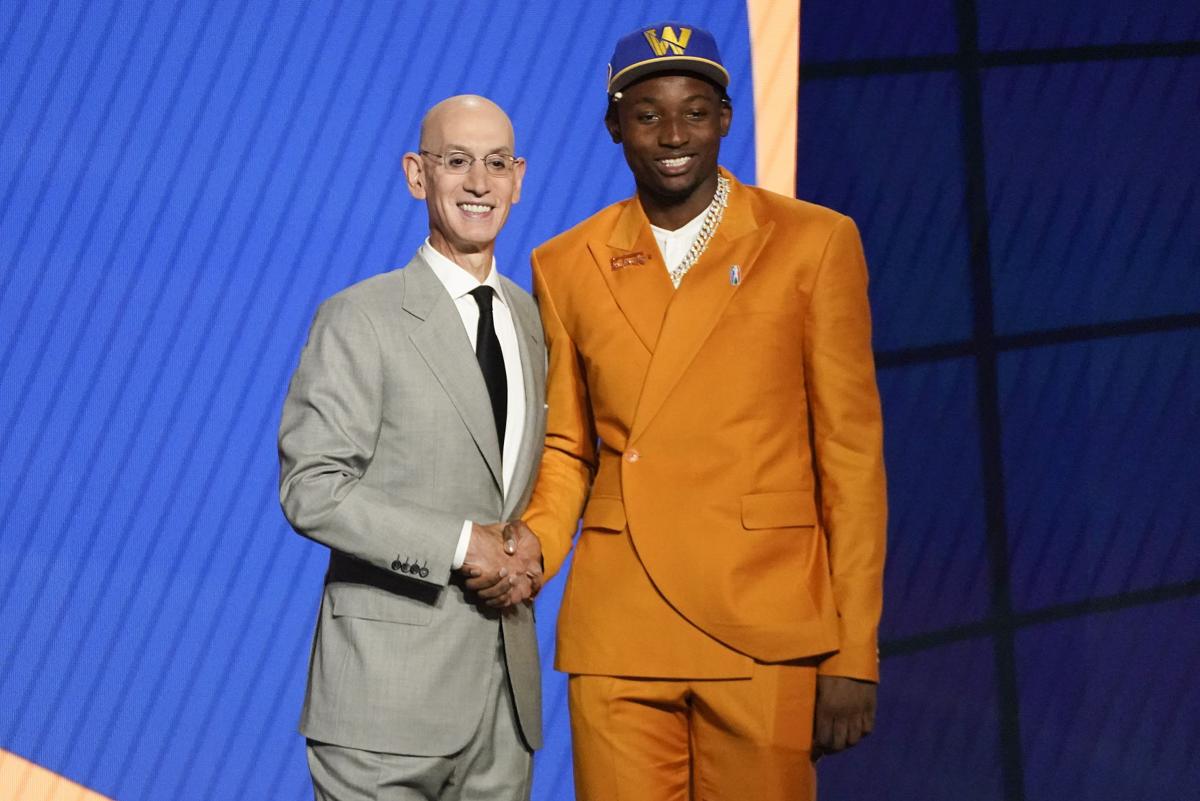 Jonathan Kuminga, right, poses for a photo with NBA Commissioner Adam Silver after being selected seventh overall by the Golden State Warriors during the NBA Draft on Thursday night in New York. 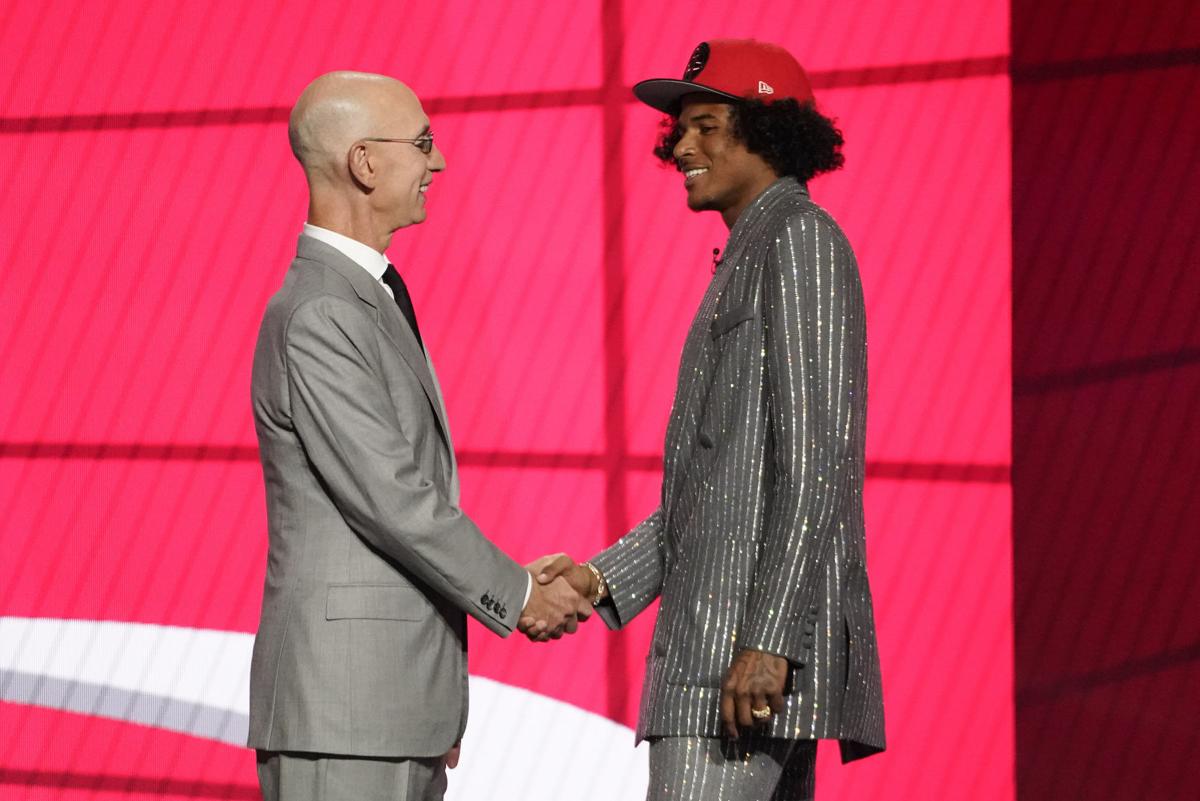 NBA Commissioner Adam Silver, left, greets former Prolific Prep of Napa Christian standout Jalen Green after he was selected by the Houston Rockets as the second pick during the first round of the NBA Draft on Thursday night in New York.

The Detroit Pistons selected Oklahoma State’s Cade Cunningham with the No. 1 pick in the NBA draft Thursday night.

Houston followed at No. 2 by grabbing former Prolific Prep of Napa Christian shooting guard Jalen Green, who bypassed college basketball to play in the G League. The 6-foot-6 Green averaged 17.9 points on 46% shooting 15 games, showing off high-flying dunks, a willingness to attack the rim and a promising shooting touch.

Green is now part of Houston's rebuilding project after the James Harden trade to Brooklyn. The Rockets entered the night with three first-round picks after having a league-low 17 wins.

“They're going to say it's a great choice because the goals I have for myself," Green said. “I plan on reaching them.”

The Golden State Warriors had the No. 7 pick and selected forward Jonathan Kuminga, who was a teammate of Green's on the G League Ignite. The Sacramento Kings took Davion Mitchell with the No. 9 pick.

USC freshman big man Evan Mobley went to Cleveland at No. 3. The 7-footer has potential as a mobile big man with length and the versatility to switch on switches. He swept Pac-12 individual honors while ranking as one of the nation’s top shot blockers and helped the Trojans reach an NCAA regional final for the first time in 20 years.

Then came the first surprise of the night with Florida State forward Scottie Barnes going to Toronto with the No. 4 pick. Barnes is a mobile and versatile 6-8 forward with the potential to be a strong playmaker and elite defender.

That bumped Gonzaga freshman point guard Jalen Suggs down to No. 5 with the Orlando Magic, followed by another surprise in Oklahoma City grabbing 6-foot-8 playmaking teenager Josh Giddey — considered a potential lottery prospect — from Australia.

Cunningham had been widely expected to be the first name called in New York, though Pistons general manager Troy Weaver wouldn’t reveal plans earlier this week and said the team would look at every scenario, including trades.

In the end, Detroit stuck with the 19-year-old mentioned as a potential top pick before ever stepping foot on the Oklahoma State campus.

The 6-foot-8, 220-pound point guard from Arlington, Texas, lived up to expectations with his size and fluid game to become a first-team Associated Press All-American. He averaged 20.1 points, 6.2 rebounds and 3.5 assists with a game that allowed him to hit from 3-point range, score off the dribble or find teammates out of traps.

Cunningham attended the draft wearing a dark suit, shirt and tie with sparkles on his collars and cuffs. When the pick was announced, Cunningham kissed 2-year-old daughter Riley, sitting on his lap, then hugged family members and took the stage alongside NBA Commissioner Adam Silver to don a blue Pistons hat.

Cunningham — the first player in Oklahoma State history to be picked No. 1 overall — joins a Pistons franchise that has won 20 games for two straight seasons and hasn’t finished better than .500 for five straight years.

The draft is later than its traditional late-June slot for the second straight year due to the COVID-19 pandemic that interrupted the 2019-20 season. The 2021-22 season is scheduled to return to its normal schedule, with next year’s draft set for June again.

Jonathan Kuminga, right, poses for a photo with NBA Commissioner Adam Silver after being selected seventh overall by the Golden State Warriors during the NBA Draft on Thursday night in New York.

NBA Commissioner Adam Silver, left, greets former Prolific Prep of Napa Christian standout Jalen Green after he was selected by the Houston Rockets as the second pick during the first round of the NBA Draft on Thursday night in New York.