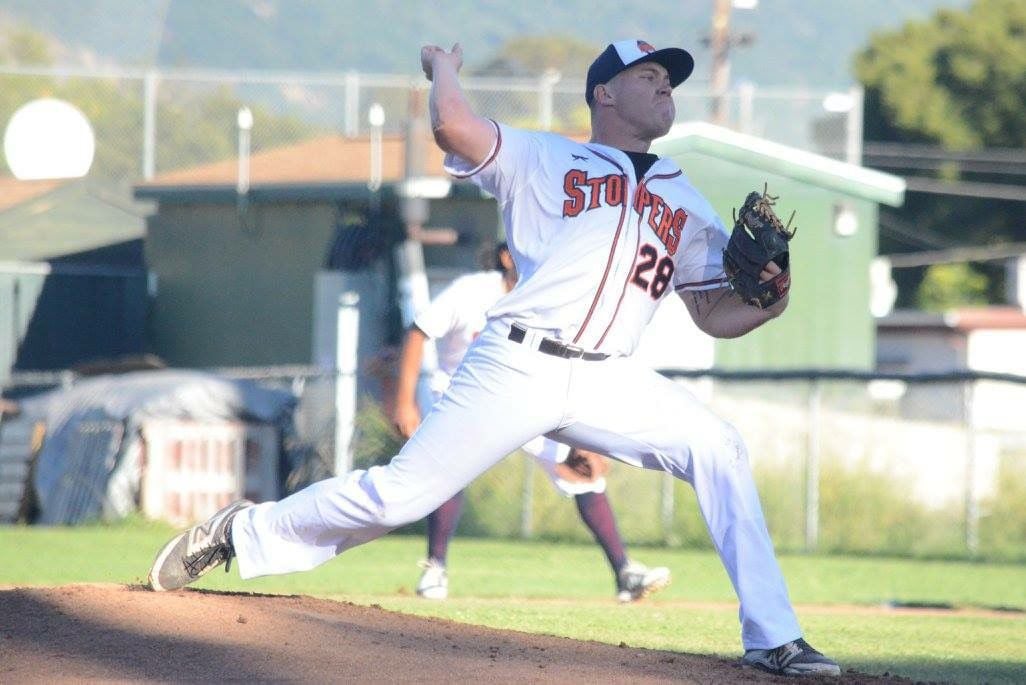 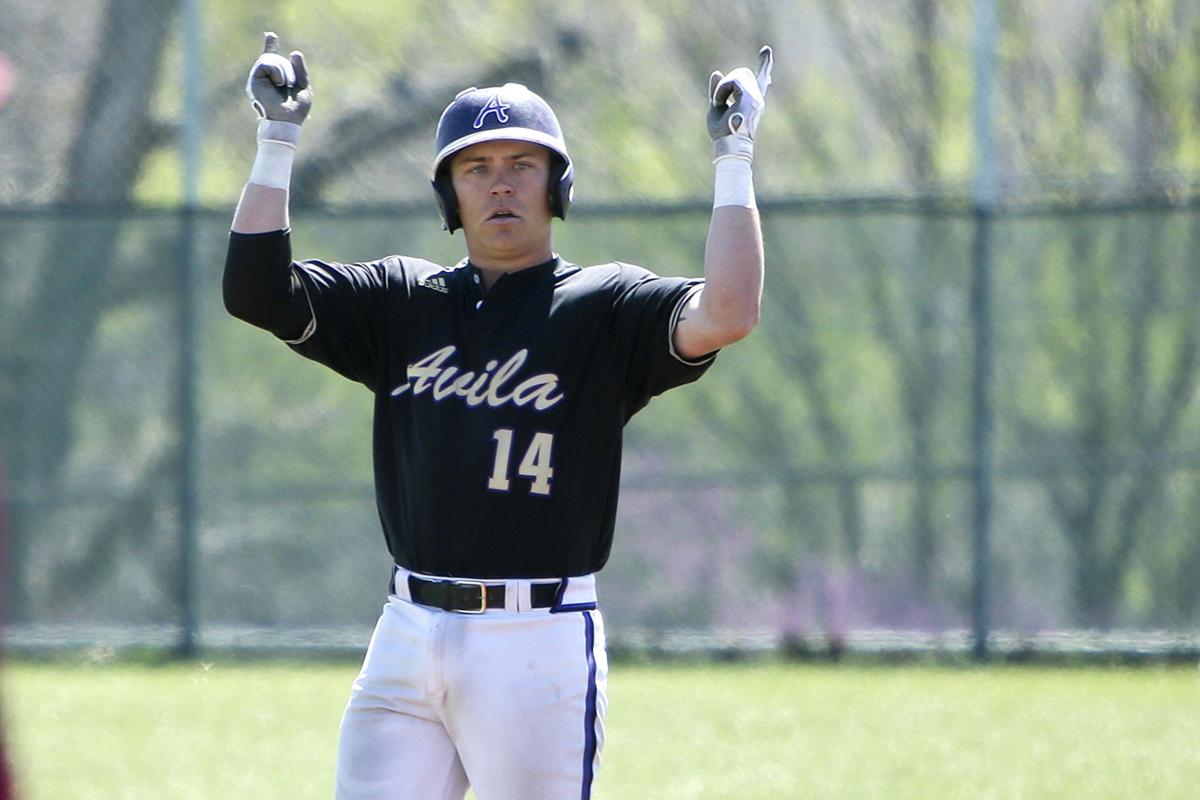 Randy Keen played third base, batted third in the order and was a starting pitcher and team leader for Avila University, a small, private NAIA school in Kansas City, MO. 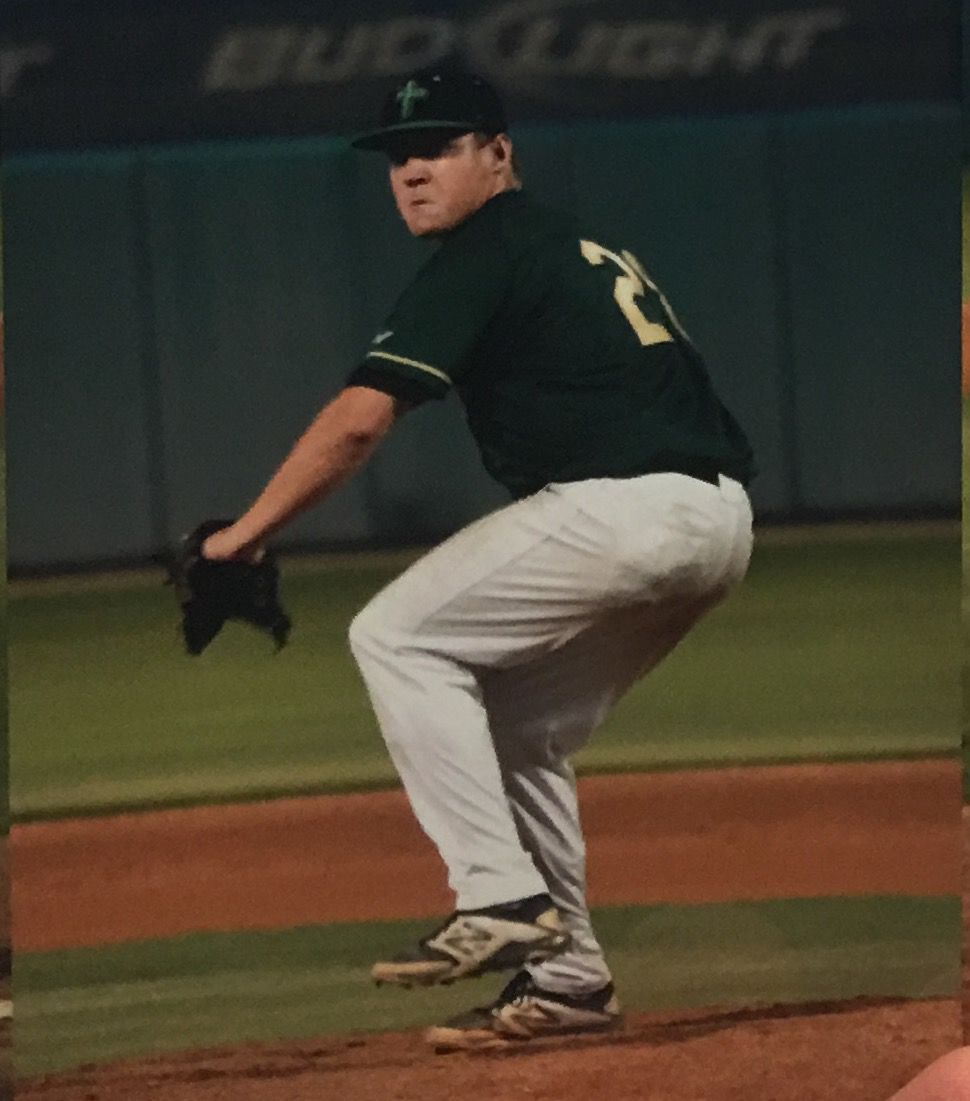 Randy Keen is shown pitching this summer for the Tucson (Ariz.) Saguaros, a first-year team which won the Pecos League championship.

Randy Keen did not stop playing baseball after his senior season at Avila University, a small, private NAIA school in Kansas City, Mo.

Keen took the next step in his career after being named First Team All-Heart of America Athletic Conference as a third baseman and Second Team as a pitcher — becoming the first player for Avila to earn All-Conference honors at two different positions — this past spring.

He spent the summer playing professional baseball for independent teams.

Keen, a former Napa High School and Napa Valley College standout, was a starting pitcher for the Tucson (Ariz.) Saguaros, a first-year team which won the Pecos League championship. A right-hander, he was stellar, going 6-0 with a 3.68 earned run average in 10 starts, including complete games in his first two appearances of the season. He struck out 40 and walked 21 batters in 63 2/3 innings.

The Saguaros won the title, rallying to score the winning run on a wild pitch in the ninth inning to beat the Trinidad Triggers 5-4 last month at Kino Stadium in Tucson.

Keen returned home after the Pecos League season was over, but he didn’t have much time to rest. He got a call from the Sonoma Stompers, who won the Pacific Association of Professional Baseball Clubs title. He accepted their offer to make a start late in the season.

Pitching on Aug. 25 with family and friends looking on, he threw a complete game four-hitter, striking out nine and walking just two, as host Sonoma beat the Vallejo Admirals, 5-1. He faced 32 batters and allowed one earned run.

“I was able to come in and help them a little bit. It was great,” said Keen, who throws a cut fastball, two-seam fastball, changeup and curveball, “A lot of people came out and supported me — it was really awesome.”

He plans to continue playing independent pro ball again next year. Sonoma has already invited him to its spring training camp.

“It was one of the best summers of my life,” said Keen, who is working for a construction company in the area. “My arm still feels pretty good. It probably needs the rest, but I could keep going if I wanted to. I wasn’t tired after my college season.

“(Tucson) brought me in as a pitcher, so I was excited to focus on that and see what I could do when I put all of my energy into that. I didn’t expect to have the year I had. It was pretty incredible. I didn’t know what to expect going into it. But I was happy with the results that followed.”

Keen was a big part of winning teams for two years at Avila, which is located about 25 minutes from downtown Kansas City.

Keen helped the Eagles to their first Heart of America regular season championship since 2012.

Avila’s season ended with a 12-8 loss to the University of Jamestown at the NAIA Championships in Jamestown, N.D.

Keen was recognized as a scholar-athlete by the Heart of America Athletic Conference. It’s for academic achievements during the 2015-16 school year.

He was also the recipient of the 2016 All-American Athlete Award from the National Strength and Conditioning Association. The award recognizes Keen’s athletic accomplishments and dedication to strength and conditioning. The NSCA All-American Athlete Award is given each year to recognize student-athletes whose athletic accomplishments, in the opinion of their strength coach, reflect their dedication to strength training and conditioning, according to a story on the Avila website.

“I’m extremely thankful for my time at Avila,” he said. “That team at Avila was probably the most together team I’ve ever been on. Extremely together. Fought for each other hard. Played for each other. Everyone knew what their job was and how to do it — that was the biggest plus.”

He also started his junior year at Avila. He played right field and first base and was a starting pitcher.

Keen needs to complete just one more class, a course in anatomy, to graduate with a degree in kinesiology from Avila.

Keen was named first team All-Bay Valley Conference and was also selected to the All-Northern California team in 2014 after starring for Napa Valley College as a pitcher and center fielder.

He played summer baseball for the Napa 19’s, which won the District 5 title, and played in the American Legion Senior State Tournament at the Veterans Home of California in Yountville in 2013.

Randy Keen played third base, batted third in the order and was a starting pitcher and team leader for Avila University, a small, private NAIA school in Kansas City, MO.

Randy Keen is shown pitching this summer for the Tucson (Ariz.) Saguaros, a first-year team which won the Pecos League championship.