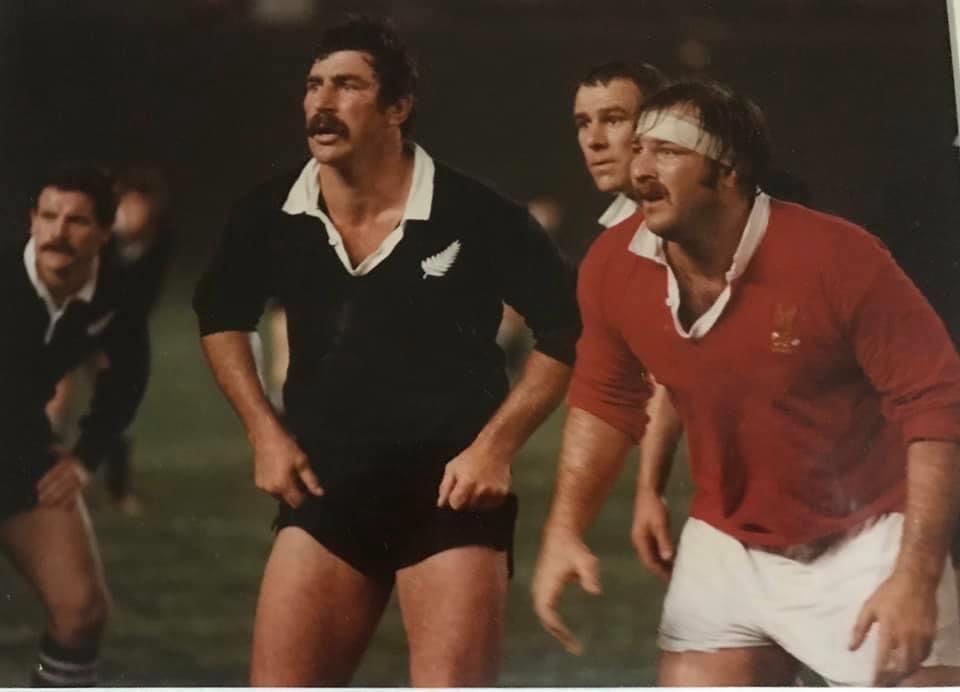 After starring in football, tennis, baseball and wrestling at Napa High, 1972 graduate Rick Bailey, right, ended up playing rugby the most. 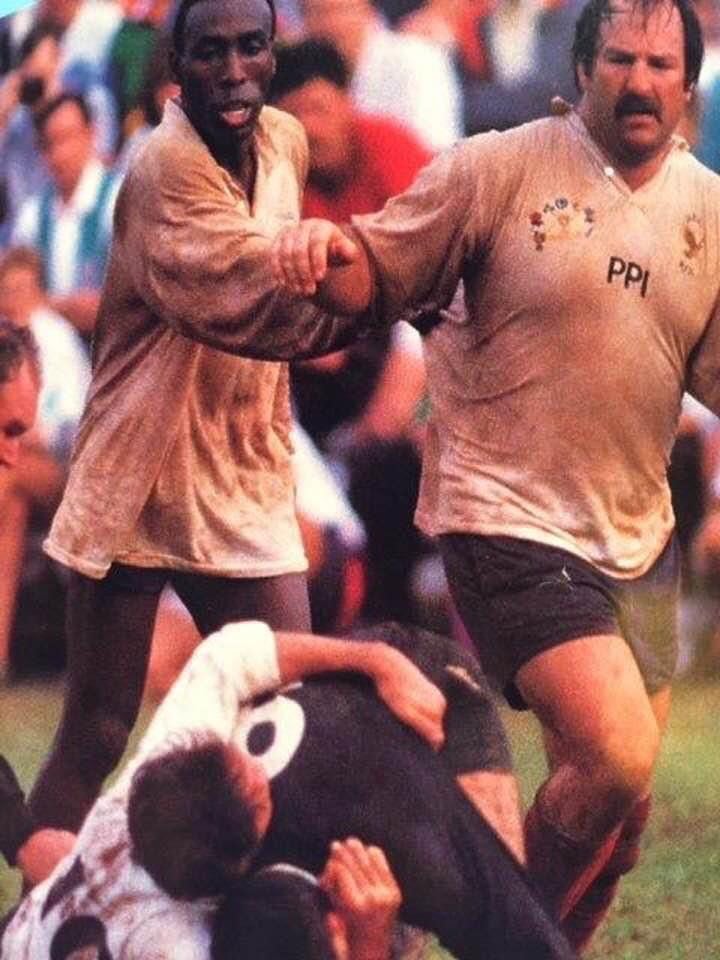 Rick Bailey, right, was the loose-head prop on the Eagles from 1979 to 1987, when the Napa High graduate earned a spot on the inaugural U.S. Men's Rugby World Cup team.

Rick Bailey, a 1998 inductee into the Napa High School Athletic Hall of Fame, was asked why he played four sports in high school.

“I was good at them. That’s why I did them all,” the 1972 graduate said, adding that the saying about the devil making work for “idle bodies and minds” was also a factor.

As a sophomore, Bailey was a tight end and defensive end in football, a heavyweight wrestler, and a top-three singles player on a tennis team that won the North Bay League title.

His junior year saw him receive All-NBL honorable mention in football and play baseball instead of tennis in the spring. A broken leg ended his baseball season and threatened to keep him out of football in the fall. But he healed in time to help the Indians earn a NBL co-championship on the gridiron, earning first honors on both the all-league and All-Redwood Empire teams as a tackle. He returned to the baseball team and not only played all season but led the team in batting.

Bailey accepted a football scholarship to Brigham Young University, playing one season at linebacker. He played his sophomore season in Southern California at San Bernardino Valley College, earning All-Mission Conference honors as a linebacker at the junior college.

He then transferred to UC Berkeley and excelled in football and rugby.

“My position coach at BYU had left for UCLA and the plan was for me to play in a JC to avoid penalties as double transfer, and then go to UCLA,” Bailey recalled. “But I didn’t like SoCal. When Cal recruited me again, I said ‘yes’ and signed my letter of intent.”

He also played rugby after college for many years. He played with the Old Blues, the seven-time national champions. He also played for the U.S. national team, traveling all over the world and playing on the United States’ first World Cup team.

For his achievements in his adult sport, Bailey has been elected to the U.S. Rugby Hall of Fame, the United States Rugby Foundation recently announced.

“It is nice to be recognized as one of the best to play for your country,” Bailey said of what the honor means to him. “It leaves a bit of a legacy for the family.”

The other five inductees are Tam Breckenridge, Jamie Burke, Bill Campbell, Chris Lippert and Gerry Seymour. In addition, Mike Dunafon, Bob Erwin and Matt Godek have been selected to receive Lifetime Achievement Awards, while the 1976 U.S. Men’s National Team that faced off against Australia in the first U.S. Eagles match of the modern era has been selected for the Chairman’s Award.

The 10 are to be honored at the U.S. Rugby Hall of Fame Induction Dinner at Infinity Park in Glendale, Colo. The event is tentatively scheduled for Aug. 14, the night before the scheduled test match between the United States and Canada. If the game is cancelled by World Rugby, the dinner will be rescheduled for the fall in connection with another test match.

According to U.S. Rugby, Bailey appeared on the pitch for Cal from 1974-1977 and was the dominant loose-head prop for the Eagles in the 1980s.

“After my first football season at Cal, I asked a teammate, ‘What do we do after the season?’ He said ‘We play rugby,’ which is what they have done there since the late 1800’s,” Bailey said. “After two full seasons, I was a USA trialist.”

His high level of play won him the nod at loose-head prop on the Eagles in 1979. He held that position until 1987, including a spot on the inaugural U.S. Men’s Rugby World Cup team that year. He was a member of the Old Blues of Berkeley and played on seven National Club Championship teams between 1978-1987, and was named Most Valuable Player of the 1986 National Club Championships.

“I’m especially grateful to Coach Ned Anderson at Cal for teaching me the game,” Bailey said.

Bailey made a successful transition from rugby player to coach, serving as a Cal assistant coach from 1991-1994 and helping guide the Bears to four National Collegiate titles. In 2015, Bailey was presented the Craig Sweeney Award, which goes to “an individual who has played for the Eagles and who was respected by his peers and the rugby community, has made significant contributions back to the game following his playing career, and is a person of exemplary character.”

To those not familiar with rugby, the sport can seem dangerous – like full-speed tackle football without pads. But tacklers are taught to wrap up the ball carrier, not hit them violently, and to be sportsmanlike. High school teams that have just played each other will socialize afterward over pizza, and the hosting college team will usually have a party with the visitors afterward and offer to put them up for the night.

“Rugby is a different game,” Bailey said. “There is a comradeship and community within the group. However, it’s a serious game, with the top players being fully professional and Rugby 7s now an Olympic sport.”

Even though Bailey’s baseball injury nearly kept him from continuing on with football, which in turn could have kept him from discovering rugby, he doesn’t believe high school athletes should limit themselves to one sport.

“I think specialization is ruining youth sports,” he said. “The more sports kids are exposed to, the better off they are. There is always a time down the road when you can choose one over another.”

Bailey graduated from Cal with a degree in kinesiology and is now a retired transportation executive. He and his wife, Elizabeth, have been married 39 years and have two daughters. The older daughter, Brianna, was the No. 1 singles player for Sonoma State University’s nationally ranked tennis program and was a team captain for three years.

Bailey expressed appreciation for those who helped make it possible for him to play rugby into his 30s.

“The balance between international rugby and family was difficult, to say the least,” he said. “I am grateful to have had employers and benefactors along the way that made it possible for me to play internationally.”

Visit usrugbyhalloffame.org for more information, including bios of the other inductees and honorees.

After starring in football, tennis, baseball and wrestling at Napa High, 1972 graduate Rick Bailey, right, ended up playing rugby the most.

Rick Bailey, right, was the loose-head prop on the Eagles from 1979 to 1987, when the Napa High graduate earned a spot on the inaugural U.S. Men's Rugby World Cup team. 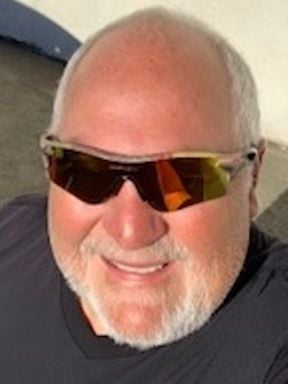