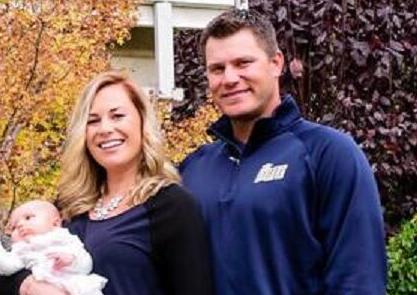 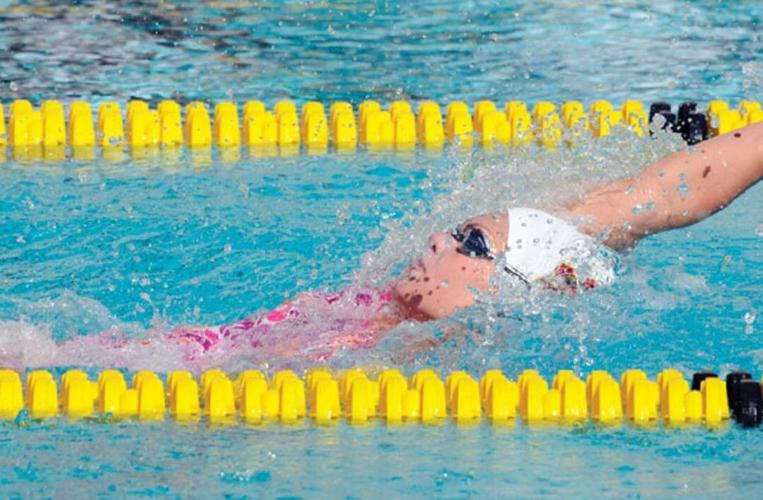 Napa High graduate Presley Anderson was known as Presley Bard in 2011 when she swim for USC as a redshirt senior and was one of the nation's best in the backstroke and also excelled in the freestyle sprints. 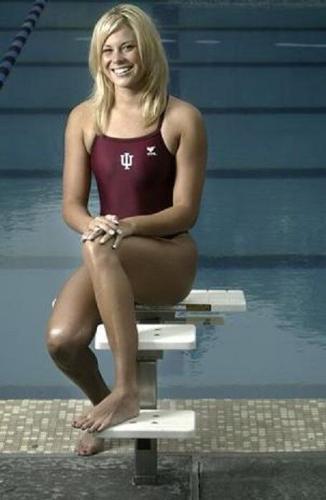 Presley Bard, as Presley Anderson was known then, poses at the Napa Valley College pool in May 2007 after being named Big Ten Conference Freshman of the Year for Indiana University swimming.

Organizers announced they are taking donations through GoFundMe to support Presley Anderson, a 2006 Napa High School graduate and a 14-time NCAA All-American in college as a star swimmer, who this month was diagnosed with Stage IV (4) lung cancer.

Donations can be made by going to supportpresley.com.

“Thank you for your interest in helping to support Presley Anderson,” organizers announced on the website. “Presley needs our help.”

“Throughout her entire life she has been the most selfless, compassionate, loyal, hilarious, strong and kind human — the type of person everyone aspires to be.

“Presley is 34, married to the love of her life, Kirk, and they share four beautiful children.

“She swam competitively since she was a child and was a prized USC swimmer, has never smoked in her life, and experienced no signs or symptoms. Her diagnosis has been met with a wave of emotions and uncertainty. She’s the most important person to so many people — and it’s time for us to show up for her and protect her future, and her family.”

Torrey Sims and Donna Smailis are organizing the fundraiser to help with medical costs on behalf of Presley Anderson.

“There are promising clinical trials and medical treatments available that have shown significant success rates, and we need to make sure that Presley has access to everything she needs. Undoubtedly, the best treatments cost money. And our commitment is to raise as much money as we can to make sure Presley has every resource she needs to fight. Cancer chose the wrong girl,” organizers point out at supportpresley.com.

Donations can be made by going to that website.

“If you’ve landed on this page then I am sure Presley has touched your life in a positive way. Let’s show her she is not alone. Every donation made will go directly towards Presley’s treatment and the support of her loving family.”

Anderson swam in college at Indiana University and USC. She graduated with a degree in sociology and received her master’s in education.

Her honors and accolades in swimming include:

* Fifth place in the 100-meter back at the U.S. Olympic Team Trials in 2008 in Omaha, Nebraska. She was awarded a fifth-place medal at the Trials.

* Named as the Most Valuable Swimmer at USC’s swimming and diving awards banquet in 2010.

* Named to the U.S. National team for the 2011 World University Games in Shenzhen, China.

* Named as the 2007 Big Ten Freshman of the Year after winning conference titles in the 200 back and the 400 medley relay for Indiana University. She transferred to USC after swimming for Indiana for two years.

* As a member of the Concord Terrapins, a club team, she was a senior nationals qualifier in 2004, 2005 and 2006. She swam at three U.S. Opens, two American Short Course Championships and at the 2005 World Trials.

* Representing the U.S. at the 2007 Japan International.

“We will have ongoing events and fundraisers and update everyone along the way. This is not the reality that anyone could have imagined, but we need to band together and give her the best resources to take her into the future,” organizers said on the website.

“Your donation means the world. We are with you Presley, always + forever.”

Organizers are hosting a four-day event, “Fight on, Presley,” Nov. 18-21 and are asking the community to come together to help raise donations. The event will kick off on a Friday and conclude on a Monday with a golf tournament at Napa Valley Country Club. See the upcoming events at supportpresley.com for more information.

Prep Softball: Vintage’s Vanderbilt to stay home with the Otters

Megan Lopez said she had six players with the name Emily, possibly with different spellings, come out for Vintage High softball last year when…

A roundup of community sports news from, and ways to get involved with, the Napa Valley sports community

Qatar's last-minute decision to ban alcohol at World Cup stadiums has left Budweiser with loads of beer on its hands. The company has an innovative solution to offload it.

Throughout the playoffs, the Justin-Siena High football team lived on the edge but had its ornery defense bail it out with goal-line stands.

All six teams playing today are trying for for playoff spots at a crucial point of the NFL season. Get a briefing on this annual Thanksgiving triple-header featuring an exciting slate of showdowns.

A roundup of recent golf-related news in the Napa Valley or with ties to it.

Justin-Siena senior Ashlyn Parlett parlayed four years of gymnastics, a year of wrestling and a year of cheer into a full-ride scholarship to the University of Oregon, where she'll be a member of acrobatics and tumbling team.

Who has scored the most World Cup goals of all time?

Who has scored the most World Cup goals of all time?

Some prep coaches opt to pray, while others punt

Some prep coaches opt to pray, while others punt

Napa High graduate Presley Anderson was known as Presley Bard in 2011 when she swim for USC as a redshirt senior and was one of the nation's best in the backstroke and also excelled in the freestyle sprints.

Presley Bard, as Presley Anderson was known then, poses at the Napa Valley College pool in May 2007 after being named Big Ten Conference Freshman of the Year for Indiana University swimming.