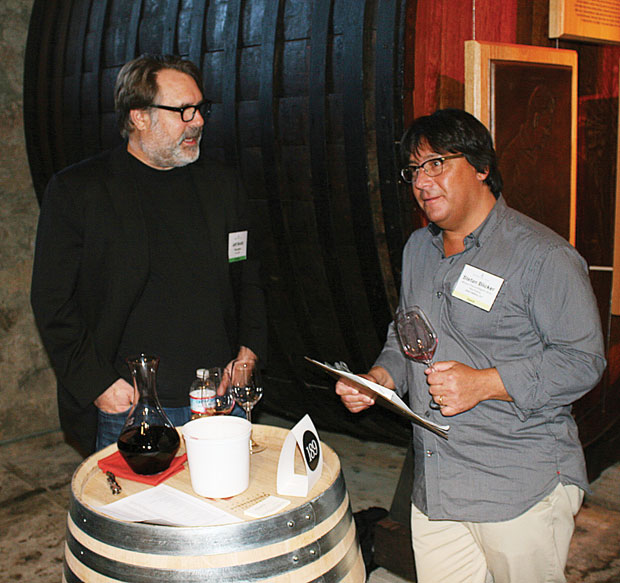 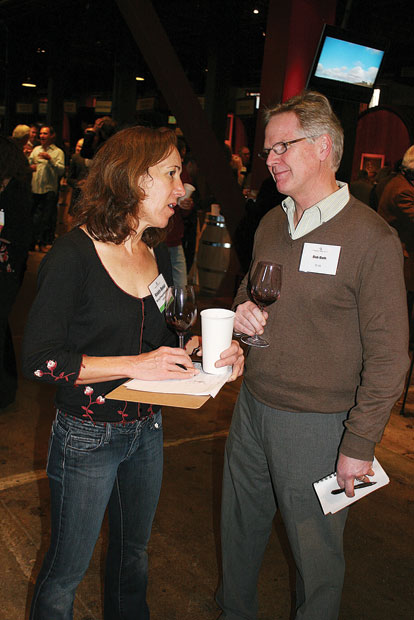 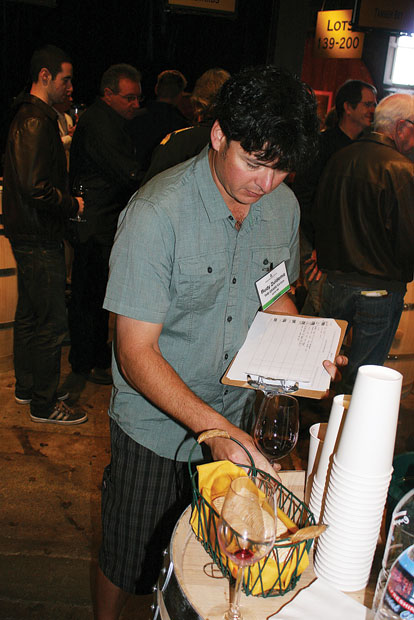 One of the most interesting aspects of the annual Premiere Napa Valley event is the creativity that is expressed by local wineries and winemakers each year. Many of the wines created especially for this trade tasting and auction show a great deal of thought with interesting stories, witty lot names, or the creation of blends or use of varietals that are generally not offered by these wineries.

The St. Helena Star and Napa Valley Vintners Tasting Panel met at Premiere Napa Valley this year, as it had in 2011, to taste through all 200 lots and choose the best stories or best wines from 2012. Sixteen panelists (including myself) each visited a designated group of 12 or 13 wineries, talking with the winemakers and tasting through the wines.

Here are the most compelling stories and wines we found in 2012.

Jason calls this wine “extraordinary, with an explosion of aromatics, depth and a long finish.” Fred Schrader says there has never been a cab like this before. Winemaker Thomas Brown has taken cabernet sauvignon, which will never be blended with other varietals, from the winery’s most significant vineyard blocks and barrels to create this one-of-a-kind wine.

Kristin appreciated the fact that the winning bidder of this Premiere lot would sit down with winemakers Tom Rinaldi (Provenance) and Chris Cooney (Hewitt) to create the final blend. Even more, the winner will create a separate blend to compare to the final Premiere lot blend. The varietals getting all this attention are malbec, cabernet sauvignon and petit verdot.

Stefan appreciated the combination of acid and weight in this “straight-up delicious” wine, as he calls it. Winemaker Robert Foley blends the five Bordeaux varietals, giving way to the name of this wine, as well as the theory that the wines’ balance is similar to the balance of the five elements — earth, wood, metal, fire and water. They are interdependent and mutually restrained, working together to achieve harmony.

Hugh lists numerous things he admires about this wine and winery: its low alcohol, old-school approach, and the winery’s heritage, with its 60-year history of producing wine. After making white wine for 60 years, Stony Hill began producing red — and this Premiere wine is from their second red vintage. The winemaker and vineyard manager is Michael Chelini.

Wayne calls this wine “killer,” with both elegance and power. It is called “Hard to Get” not only because of its small five-case production, but, as Michael Keenan says, “because other things in 2010 were hard to get, such as a tan!” He points out the 2010 vintage had one of the coolest, foggiest, most un-summer-like summers anyone younger than the age of 60 can remember. Still, Michael added, the grapes ripened, reminding the winery that vines are miraculous things.

Jac chose this wine because Pine Ridge made an extra effort to combine distinct areas and varietals for a one-of-a-kind wine. This wine blends the top five Bordeaux varietals from five of the top Napa Valley sub-appellations: Stags Leap, Rutherford, Oakville, Howell Mountain and Carneros. The winemaker is Michael Beaulac.

Doug selected this unique sparkling wine for its “wonderful nose, perfect balance and tart, long finish,” among other accolades. Sixty bottles of 1996 sparkling were laid down in Schramsberg’s Diamond Mountain caves for 15 years before winemaker Keith Hock had the wine disgorged especially for this Premiere event.

This wine reflects the winery’s longtime relationship with growers, the Phillips family, which Sara appreciated along with the taste and balance of the wine. Winemaker Jon Priest uses the fruit from the Phillips’ vineyard to produce Etude’s signature Oakville cabernet.

Alan liked that this wine was inspired by, and a preview of, Cornerstone’s new direction toward blended wines instead of varietals. Cornerstone’s Premiere wine has 85 percent Oakville cabernet sauvignon, 10 percent Carneros merlot, and 5 percent St. Helena cabernet franc. It was crafted by winemaker Jeff Keene.

Sean loved the adventurous spirit of winemaker Timothy Milos in choosing a Malbec wine for cab-dominated Premiere Napa Valley. The story behind the wine’s name was also appreciated: Local red-tailed and red-shouldered hawks gather on Rubissow’s highest hill looking to ride the warm winds that precede the onslaught of the fog rolling in.

I chose a wine that takes us back in Napa Valley history, to when wine was made from vineyard sites planted with all different varietals — wine literally made in the vineyard, as winemaker Mike Trotta points out. Mike selected zinfandel and petite sirah from different vineyard sites to create a modern-day field blend. “Mixed Black” is a beautifully balanced and delicious wine.

Mark noted that this wine is “everything one looks for in cabernet: The pedigree of the vineyard and the winemaker (Philippe Melka) stack the deck.” This wine, Moone-Tsai’s inaugural release, was created from a barrel selection of Beckstoffer’s To Kalon vineyard. Mark called this wine a “killer cab.”

Called “Tony’s First Steps,” this wine uses vines planted 37 years ago, when Tony Truchard and his family first settled and planted in the not-yet-famous Carneros district. David points out: “The Truchard family has long been best known as a grower and producer of some of the finest pinot noir in the valley.” This lot comes from the first block of pinot noir planted in 1974, which survived phylloxera and continues to produce today.

• The Grade Cellars “A PhenomeNon-Vintage” Calistoga

Monica chose The Grade Cellars because their lot had the most compelling story: Winemaker Rudy Zuidema used three vintages (2008, 2009 and 2010) to show the portrait of a single vineyard. Monica also pointed out that the wine is “delicious.”

Cory was intrigued by the fact that Arkenstone has never bottled an estate single-vineyard wine from a Bordeaux varietal before. Winemaker Sam Kaplan chose a favorite barrel of cabernet franc and created a wine that “has violets, a touch of herb, is mouth coating and has a knockout finish.”

Rudy chose this wine because its rich nose and complex flavors epitomize Howell Mountain. He also noted its interesting addition of 10 percent of St. McCaire, a little-utilized varietal, and malbec. The wine, Rudy said, has a seamless texture, layers of flavor and a balanced finish.

With all of these intriguing stories and wines, we see the creativity and talent of Napa Valley winemakers on display, and have yet another concrete example of why wine is considered a work of art.

The Premiere Napa Valley lots were all barrel samples of future wines. They were auctioned off to retailers, wholesalers and restaurants on Feb. 25 at the Culinary Institute of America, Greystone. This year’s Premiere Napa Valley auction raised a record amount, $3.1 million.

(Catherine Seda is the St. Helena Star’s tasting panel writer and works for Balzac Communications & Marketing in Napa. She holds a diploma in wine and spirits from the Wine & Spirits Education Trust, and enjoys all things wine. Contact her at catseda@gmail.com.)

I’d never done any professional wine tasting before coming to this job.