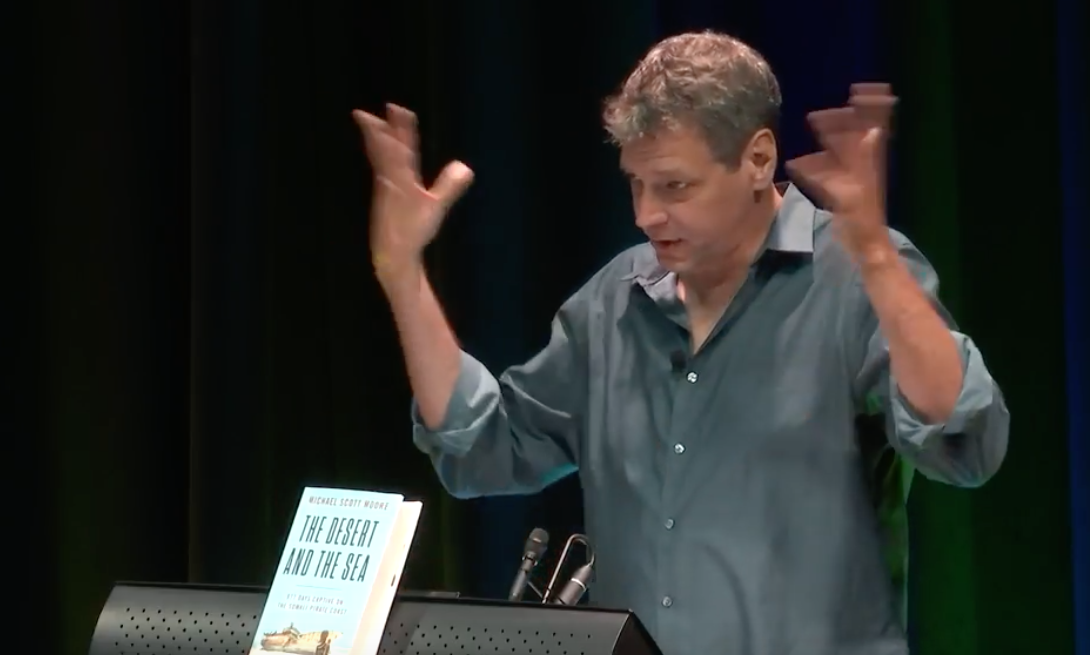 Michael Scott Moore will be at Congregation Beth Shalom at  7 p.m. on Tuesday, Oct. 16. 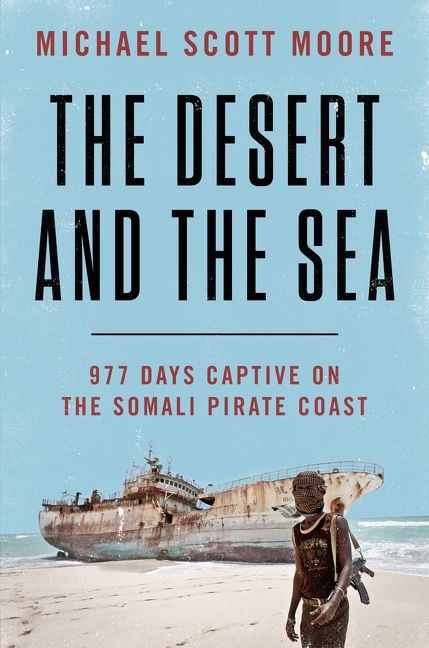 Freelance journalist and author Michael Scott Moore was no stranger to writing, international travel or piracy in Somalia.

He wrote and edited for “Spiegel Online” in Germany, where he followed the trial of 10 Somali pirates in Hamburg. In 2009, he wrote a series of columns on U.S. and E.U. counter-piracy measures from the Horn of Africa.

California-born Moore is the author of a comic novel about Los Angeles called “Too Much of Nothing,” and “Sweetness and Blood,” a travel book about the spread of surfing to odd corners of the world, named one of the best titles of 2010 by The Economist. Moore had to trudge through Indonesia, Morocco, Cuba and Israel (he even surfed the Gaza Strip) to complete the book.

In January, 2012, Moore, then 43, traveled to Somalia on a grant from the Pulitzer Center for Crisis Reporting to research a new book on piracy. Shortly thereafter, he was abducted by a local gang of pirates in Galkayo and held prisoner for two years and eight months. The captors demanded a $20 million ransom for Moore’s release.

“I’d pushed the edges of privilege by chasing a book in Somalia,” wrote Moore in his memoir, “The Desert and the Sea.” “I’d taken a ridiculous risk.”

The Napa Center for Thought & Culture is hosting “An Evening with Michael Scott Moore” at 7 p.m. on Tuesday, Oct. 16, at Congregation Beth Shalom, 1455 Elm St. in Napa. Tickets are $25.

After Moore’s presentation, Rabbi Niles Goldstein will interview him about his experiences, followed by a question-and-answer session with the audience. Tickets and information can be found at NCTCNapa.Eventbrite.com.

Over excruciatingly long days, nights, weeks and months, Moore was confined, often in handcuffs, in small, stifling cells. No less than seven guards moved him to different safe houses every few weeks terrified that U.S. Navy SEALs would try to rescue their prisoner.

As months turned into years, Moore grew increasingly anxious, worried that at any moment he could die in captivity.

“The devastation I felt was foolish and brutal. Foolish because I should have known better and brutal because hope had become a psychological risk,” Moore wrote in his memoir. “I had to detach myself like a Buddhist from my own desire to be free, the way I had to detach myself during a hunger strike from my profound desire for food. I had to quiet my raging thoughts and quit hoping for any future at all. I just learned to adjust to the shifting currents of indignity with as much quiet loathing as I needed to keep myself sane.”

To find any semblance of sanity, Moore plotted and executed an unsuccessful escape by jumping from the deck of the Somali-captured Naham 3, a Taiwanese tuna vessel, where he was held for a short period of time with 30 other hostages. He managed to scrape together scraps of paper and pen to keep notes, which, when found, were often confiscated. He begged for and received an improvised yoga mat to build his strength. He went on a hunger strike. He read the only book available to him – the Bible.

Moore shares in his memoir that there were many times during his ordeal that he contemplated suicide. Toward the end of his captivity, however, Moore had a dramatic change of heart when he heard a homily from the Pope on a small, static-filled radio.

“I was sitting there feeling guilty about all sorts of my own problems, all sorts of mistakes that I had made,” said Moore in an NPR radio interview. “And what the Pope said was very eloquent. And it said something about how the mercy of God can actually lift these sins away.”

“In other words, if you forgive other people, you can be free of your own mistakes. And that worked. It really did. I changed my mental attitude towards the guards and stopped directing hatred towards them, during a good portion of each day. And I felt lighter in myself. And I started to get on with the business of just surviving.”

Evy Warshawski is on the board of the Napa Center for Thought & Culture and is a partner in E & M Preents.

A sign on a Browns Valley Road sidewalk strip that states false information about COVID-19 vaccine deaths is under investigation by the city of Napa for being in the public right-of-way.

Napa County COVID-19 cases rose to a total of 168 for this recent week.

La Toque, Ken Frank’s Michelin-star Napa restaurant, is now requiring guests to be vaccinated for COVID-19, or show proof of recovery from the virus, in response to a recent surge in cases.

From autonomous vehicles to another 6,000 households, Plan Bay Area paints a view of Napa County in 2050.

Twenty more people have tested positive for the coronavirus in Napa County, and nine are hospitalized, officials announced Thursday.

Michael Scott Moore will be at Congregation Beth Shalom at  7 p.m. on Tuesday, Oct. 16.