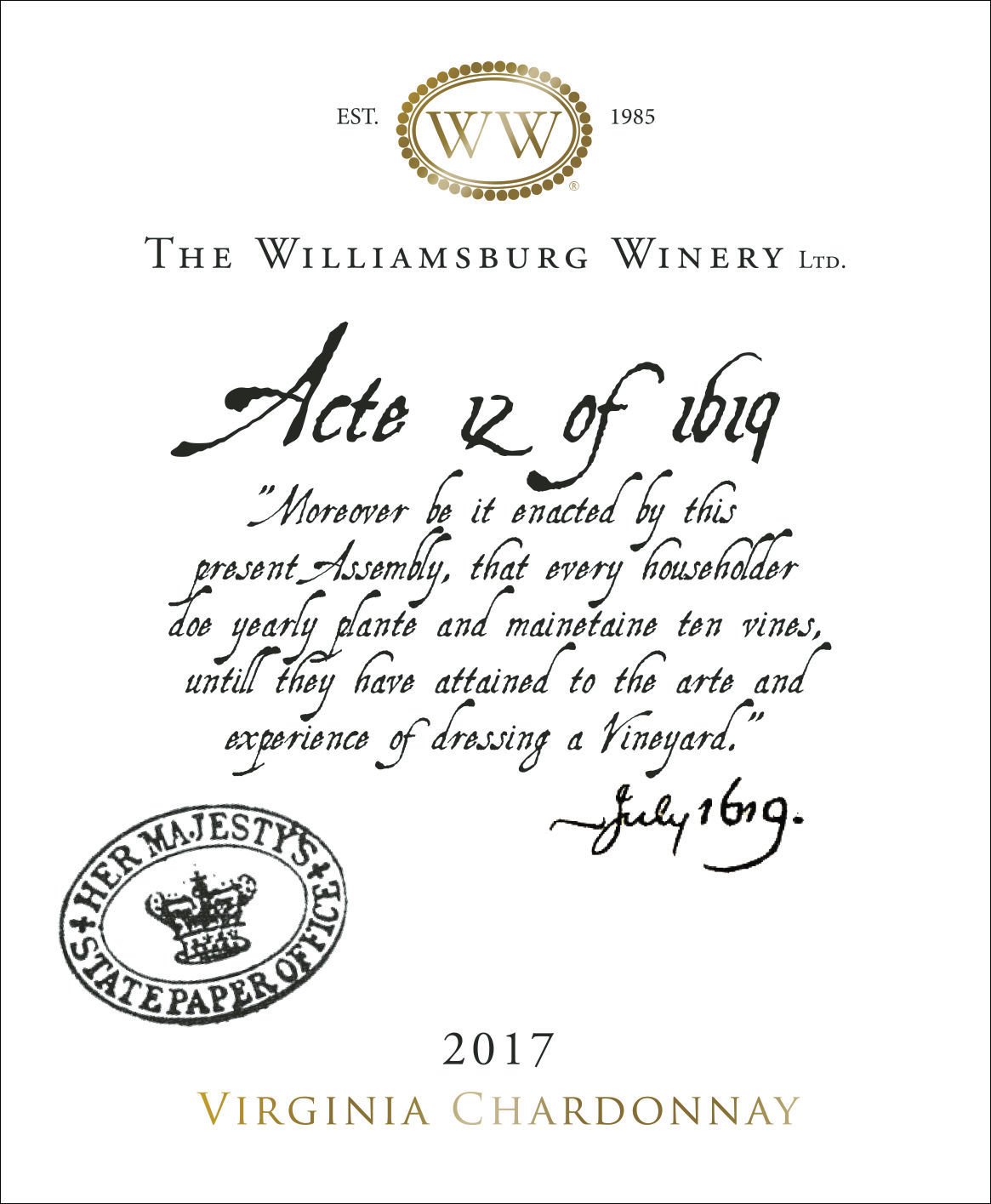 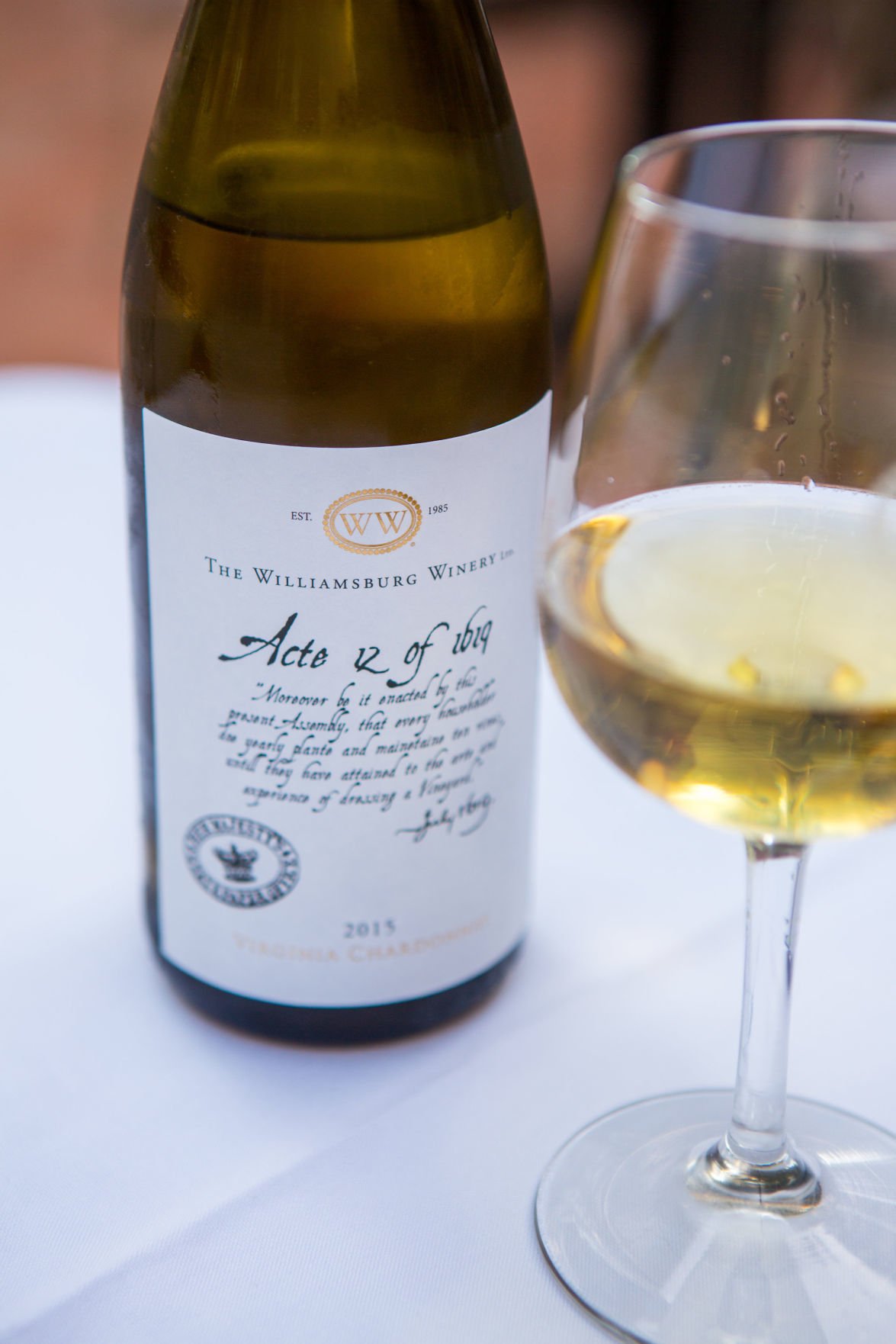 Wine and democracy grew up together in the New World. In fact, so hostile were the fresh waters of Virginia to the first English settlers that they had no choice but to turn them into beer and wine.

Four centuries later, Virginia is one of America’s top wine-producing states. Celebrations of the quartercentenary of those first vines are being hailed alongside commemorating the New World’s first representative democracy, the House of Burgesses, which met July 30, 1619.

“The first step towards modern American democracy and self-government were taken,” said Kathy Spangler, director of American Evolution, the 2019 commemoration body. “Men gathered in their finest clothes, which meant they dressed in heavy layers in the summer heat…as a way to impress their governor.

“Many of the men became sick, and one burgess died over the course of the six-day session” due to that August heat, she said.

Chris Pearmund, managing partner at Effingham Manor and Winery in Nokesville, Virginia, said that due to space and weight concerns, the first colonists were sent from England with grape seeds rather than hauling barrels of wine across the Atlantic. In fact, as Jamestown and Williamsburg grew, it was decreed by the Crown in 1619 that wine must be grown.

“If you don’t give alcohol to the people in the New World, teach them to make their own,” Pearmund said of the so-called “Acte 12” passed by the House of Burgesses in 1619, requiring colonists to plant vineyards in the name of King James “until they have attained to the art and experience of dressing a vineyard…by their own industry.”

Those first experiments were utter disasters, both for the Virginia farmers and the king’s palate.

“North America has more species of grapes than anywhere else in the world, but because of our high humidity, we have a lot of diseases and pathogens that will kill the European grape vines,” said Pearmund, who also owns Vint Hill Craft Winery and another winery named after himself. “The European grapevine never survived over here until it was grafted.”

Instead the colonists turned to beer and largely gave up on wine.

Even Thomas Jefferson, the onetime ambassador to France under President George Washington and a fan of French wines, couldn’t get it right. Jefferson brought back seeds to plant at his Virginia estate of Monticello but met with only failure.

“Jefferson did a lot of grafting as a botanist and brought over 23 different grape species to plant at Monticello,” Pearmund said, adding that all of those French varietals fell victim to the New World climate. “If he had grafted and learned how to manage the diseases, he could have had grapes in this country 75 years before anybody.

“Think about that impact: If we would have had grapes in the 1800s, we’d be in a different world today.”

Pearmund goes so far as to say that, had Jefferson succeeded, Virginia and not California would today be the hotbed of American viticulture. Instead, beer and distillation took over in the young country, and it would be nearly two more centuries before America caught up to France when it came to not only wine appreciation but food pairing, as had been common for centuries in Europe.

“Prohibition, I argue, would not have happened,” Pearmund said, adding that, in an irony of history, the sport of NASCAR was born after the Volstead Act as gearhead bootleggers tricked out their cars to outrun the prollies. Had the arc of American history gone otherwise, Pearmund believes, “we would have Formula One and better food” versus those ubiquitous Saturday afternoon circular races so important to so many Americans.

“In the 1970s the U.S. started figuring out wine with dinner,” he said. “Our parents didn’t have a bottle of wine Tuesday night, but we do with our kids. Our culinary appreciation came at the same time wine availability came to the dinner table [and] was socially acceptable.”

Patrick Duffeler, founder and CEO of the Williamsburg Winery, has made various wines under his “Acte 12” line for years. The label is even pressed with text copied from the handwritten decree of 1619 that wine be grown under Crown decree.

Duffeler was born in Brussels to a German family, quickly becoming conversant in three languages. His first trip to Williamsburg was in 1961, inspiring him to one day make America his home.

“I was thrilled by the words of Mr. Patrick Henry: ‘Give me liberty or give me death,’” he said of the founding father from Virginia.

After studying at the University of Rochester, Duffeler went to work for Philip Morris, pushing Virginia’s other senior export, tobacco. The firm sent him to Switzerland, where he learned that Philip Morris had a controlling interest in a winery in Burgundy, at which point he says he “picked up the virus” to return to America and plant grapes of his own.

The Williamsburg Winery, mere miles from the Jamestown settlement, is on the site of a land tract identified in old documents as “Archer’s Hope.”

It was so named in honor of Gabriel Archer, who captained the Godspeed, one of the three English ships that sailed up the James River in 1607.

“The first Acte 12 of 1619 wine came out in ‘91. It [won] a governor’s award and got a lot of interest,” Duffeler said. “The Acte 12 has been one of the hallmarks of our products for the last 28 years,” he said, adding that Acte 12 utilizes a barrel-aged technique of secondary fermentation known as malolactic fermentation that evens out the lactic acidity.

“Malolactic fermentation develops the crisp acidity,” leading to the distinctly apple-like bouquet for a chardonnay, he said.

That precise balance of malic acid to lactic acid is important to Duffeler, and determines how long the wine will age. He’s even made a reserve Chardonnay of 100 percent malic acid that is smoother but requires more time in the barrel.

“Whereas the Acte 12 1619 you can drink a month after bottling. It can be chilled and enjoyed young,” he said.

Thomas Jefferson didn’t live long enough to see wine finally take off in Virginia. It took the introduction of the Norton grape in the 1830s for a viable source to be cultivated continuously for viticulture and, later, American rootstocks grafted onto European grape vines.

When Pearmund opened up his first winery in 2002, Virginia had only 43 wineries. There are now over 300. He is releasing a special bottle this year in honor of the 400 years of American winemaking that is a collaboration between 16 Virginia wineries.

The story of Virginia wine — indeed, of America — cannot be told without the accompanying tragedies for the Native Americans, African Americans and women, all of whom were excluded from the House of Burgesses’ first meeting to establish “representative” democracy in the New World. The first enslaved Africans arrived in Virginia in 1619, and more commemorations this year are planned to honor all of those stories.

At a 400th anniversary commemoration July 30, Virginia Gov. Ralph Northam, who has seen his own share of racial controversy, said it’s important to recall who the House of Burgesses included “and who it did not.”

“That’s the paradox of Virginia and America and our representative democracy,” Northam said, according to The Washington Post.

John Bercow, Speaker of the U.K. House of Commons, also spoke at the Virginia Capitol in Richmond this summer about the ongoing special relationship between Great Britain and her former wine grapegrowing colonies.

“We have turned back the tides of despotism while working on the universality of human rights,” Bercow said from the rostrum in Richmond, flanked by Virginia State Troopers and a British honor guard. “This is not just the 400th anniversary of the General Assembly but the 400th birthday of representative government in America.

“Democracy is flawed, but it’s a much better system of representation and government than any other.”

To think it all somehow started with wine.

“If you don’t give alcohol to the people in the New World, teach them to make their own,” Pearmund said of the so-called “Acte 12” passed by the House of Burgesses in 1619, requiring colonists to plant vineyards in the name of King James “until they have attained to the art and experience of dressing a vineyard…by their own industry.”

A kayaker made the discovery while paddling near Kennedy Park.

Police called out their Accident Reconstruction Team for an investigation.

Police said the toddler had been playing at Buhman Park with his mother.

Police called out their Accident Reconstruction Team for an investigation.

Police are investigating a shooting outside a Napa apartment complex that sent a man to the hospital early Sunday morning.

Two local residents died from the virus this week, bringing the total since March to 10.

Napa's Bistro Don Giovanni closed temporarily on Friday after an employee tested positive for the cororavirus.

Napa Police: Altercation between roommates results in an arrest

A roommate was attacked with an arsenal of kitchen items, police said.

Napa County is reporting a surge in COVID-19 cases that may not peak until later this month. The total case count since March topped 1,000 Wednesday, including nine deaths.