If you stay at one of these three historic inns along the Mendocino coast, it’s like stepping back in time. The forests still feel primeval and the Pacific Ocean untamed, much like the early European settlers found the coast in the mid-1800s when they came to build the lumber mills.

The mills grew quickly and flourished, along with the infrastructure that kept them going and kept the workers housed, fed and entertained and their children schooled. But the mills died out when harvesting the trees became difficult and unprofitable and the thriving communities around them began to disappear, dealt a final blow by the depression of 1893.

Some of the historic structures remained, however, and became inns where today’s visitors can sleep in hundred-year-old buildings that saw the heyday of the lumber mills, and imagine what life was like along the wild coast, when there were no railroads or bridges, and goods and people came by ship or overland by stage.

Even the food served at the inns is reminiscent of what was served back in time — fish, shellfish, local eggs and chickens, home-baked goods, and fruits and vegetables from the local orchards and from the vegetable gardens.

The original building at Little River Inn, a Victorian cottage, which now houses the popular Ole’s Whale Watch Bar, was built in 1864 by Silas Coombs, a native of Maine, and an experienced lumberman. By then, he and two partners had built a lumber mill at what is now the entrance to Van Damme State Park.

In 1872 they added a wharf, and the enterprise became the heart of the thriving town of Little River. Coastal lumber steamers and sailing ships anchored off the wharf after sometimes having to wait out rough weather by staying at sea, unable to make their way into the Little River Cove and the wharf. The mill closed in 1893, a victim of overlogging and the 5-year long depression that began in 1893.

The building and much of the land stayed in the Coombs family and in 1939, Coombs’ granddaughter and her husband, Ole Hervilla, opened the Little River Inn. It became a sensation, popular with movie stars including James Dean, and the production companies who came to film in Mendocino.

Over time, the property expanded the accommodations, adding more rooms, even cottages, all with views of the Pacific Ocean, and many with balconies and fireplaces.

Today, the fifth-generation innkeeper is Cally Dym, a Coombs. Her husband, Marc Dym, along with Jason Azevedo, serve as the restaurant’s chefs. The dining room offers dishes that reflect the bounty of the Mendocino coast, especially local fish. Dungeness crab season is celebrated in the restaurant’s specials as are Mendocino’s wild mushrooms.

The property, now 65 rooms, stands on the east side of Highway 1, a vast white beacon overlooking the Pacific that combines a romantic and pioneer past with contemporary luxury. The grounds include a golf course, tennis courts, full-service spa, the restaurant for breakfast and dinner, and of course, Ole’s Whale Watch Bar.

The Glendeven Inn and Lodge, just a few miles from Little Inn River, is tucked back into meadows on the east side of Highway 1 and shares a history with that property.

Isaiah Stevens, who built the farmhouse that is now the main building of Glendeven Inn, was married to Rebecca Coombs, Silas Coombs’ sister. He came out from Maine with his family to join Isiah in business.

Stevens became the controller for Coombs milling company, but also acquired 180 acres of land of his own, some of which he sold, helping to create what became the town of Little River. He even built a post office on his land and became the postmaster as well.

The enterprise expanded under Stevens into a ranching operation that included not only cattle herds, but an extensive vegetable garden on the west side of the property, which stretches to the Pacific Ocean.

Steven’s daughter, Etta, married locally and stayed in the area, eventually returning to the original Steven’s farmhouse, where she died in 1939.

Today’s Glendeven Inn and its sister property, Cobbler’s Walk Inn, located on the ocean side of Highway 1, across from Glendeven Inn’s main property, comprise 18 acres and numerous buildings, in addition to the original farmhouse, a herd of llamas, a flock of chickens, and, like the original, extensive gardens.

Accommodations range from cottages to suites in the lodge and rooms in the original building. There is a dizzying array of amenities from different kinds of fireplaces and even different types of tubs, which vary, depending upon the accommodations. There are certified Tesla charging stations at the large parking lot.

The current owners, fondly known as John and Mike, bought the property in 2008 and offer hospitality that would make the Stevens proud. One of the rooms, Etta’s, even has a facsimile copy of her diary, should you be inclined to really immerse yourself in the inn’s history.

A main attraction of Glendeven Inn is the morning breakfast basket delivered right to your lodging door. Guests can savor hot coffee or tea, freshly baked muffins or scones, fresh fruits, and soufflé dishes made from eggs produced by the property’s chickens. It doesn’t get more farm to table than that.

The historic Elk Cove Inn and Spa occupies one of the most splendid sites on the Mendocino coast, just a winding path and a few steps above a sheltered beach overlooking the Pacific Ocean. The dramatic ocean view is softened by the extensive and well-groomed gardens that surround the main building and the gazebo, as well as the newer addition, a craftsman style, two story building with multiple suites.

The inn’s main building, a Victorian mansion, began as an executive guesthouse for visitors to L.E. White’s Lumber Company in 1883. White was an important fixture in Elk, also known as Greenwood, running a major lumber mill operation that included its own wharf and a fleet of four sailing ships. He also bought up much of the land in the community.

By 1890, Elk was a booming town of 2,000 people. It included saloons, hotels, general stores — everything a town needed. Today, the population may be only fifty or so, but the town retains the community flavor and spirit of its past.

At Elk Cove Inn it’s easy to imagine the time of the lumber mills, when the town was booming and the mansion an elegant retreat — just distant enough from the hustle of the town to be a peaceful respite of gracious hospitality. And it’s that same hospitality you’ll find with today’s innkeepers Melissa Boon and her husband, classically trained Chef Victor Passalacque. Victor offers a fine dining experience in the main building’s restaurant, Sibo, an intimate dining room overlooking the gardens and ocean, which is also open to the public.

The Inn’s complimentary breakfast is freshly cooked and delivered to your room at the time of your choosing, or if weather permits, you can enjoy it in the gazebo or patio. A European style spa, with sauna and steam room is at your disposal, and appointments with the in-house massage therapist are available with a reservation. At any time, quiet walks down to the ocean are yours.

All these three inns have a distinct character but share a pride of historic significance that continues to be honored by today’s innkeepers. A visit to any or all makes you a part of the ongoing story of the wild coast and the early settlers who came to build their fortunes and manifest their dreams.

Photos: Inside The George -- Napa historic mansion gets top to bottom 'glow up'

Georgeanne Brennan is an award winning food and travel writer who lives in Winters, California and frequently contributes to the Napa Valley Register. Read more about her work at georgeannebrennan.com

Five dog friendly beaches in the U.S. your pup will love

Five dog friendly beaches in the U.S. your pup will love

What do you do in Beverly Hills if you don't like to shop?

A passport from the United Arab Emirates will get you into far more destinations than one from Afghanistan. Gaps like this have big implications for people’s ability to travel, reside and work.

Unless you’ve been offline for the last week, you’ve probably heard about the Federal Aviation Administration’s temporary shutdown of all air traffic. As a West Coast-based flyer with plans for an in-state trip, I awoke last Wednesday morning to news of widespread flight cancellations and delays. My departure flight was going to leave an hour...

Taking the kids: And snaring a bargain in NYC this winter

Got your winter jacket, boots and mittens ready?

Avoiding peak travel season is one of the best ways to save money on your next vacation. But not all shoulder seasons are created equal. Here’s how to find a Goldilocks spot: not too hot, not too cold.

Cruise lines ramp up high-speed internet onboard. Now we can remain glued to our screens, just like on dry land

Of course, staying connected with high-speed satellite internet won’t be included with your base fare.

Are Resort Fees Ever Worth It?

The Andaz Maui at Wailea Resort, a Hyatt resort on 15 beachfront acres in Hawaii, is far more than a place to sleep. There are multiple pools, including a lagoon and three infinity pools. As part of the resort fee, you can also take a stand-up paddleboarding course, use the resort’s snorkel equipment and GoPro...

Go away with ... Lexi Hensler

When Lexi Hensler created HUGZ (https://givehugz.co/), it was with the intent to provide comfort for those suffering from depression. As someone who was bullied as a child, she knew how difficult it could be to feel alone. A portion of her line of weighted stuffed animals benefits nonprofit organizations that concentrate on mental health initiatives. Now 25, the Los Angeles-based entrepreneur and content creator has made it her mission to live each day to the fullest. She chronicles her life and adventures on Instagram (https://www.instagram.com/lexihensler/). 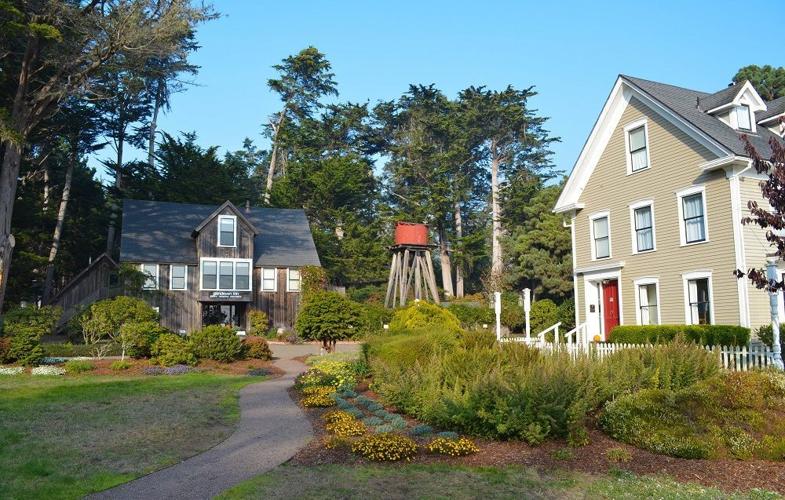 The Glendeven Barn and Inn. 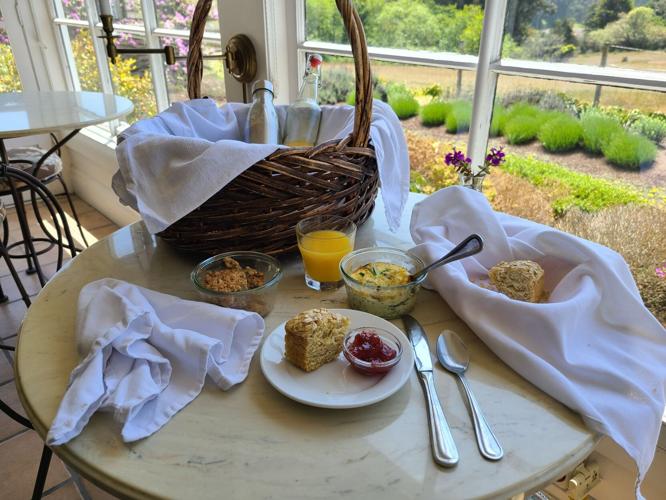 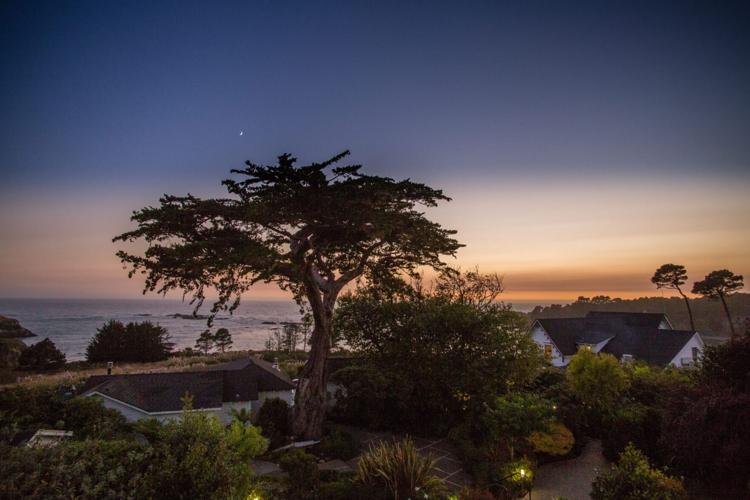 The view at Sunset from Little River Inn on the Mendocino coast. 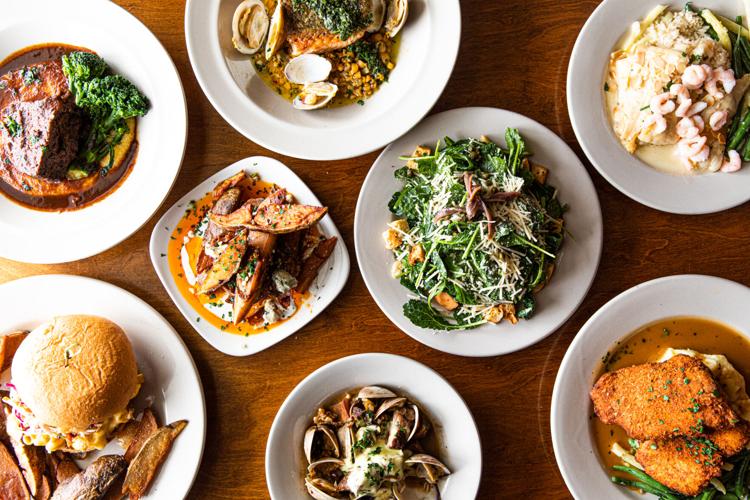 A selection of dishes serve at the Little River Inn. 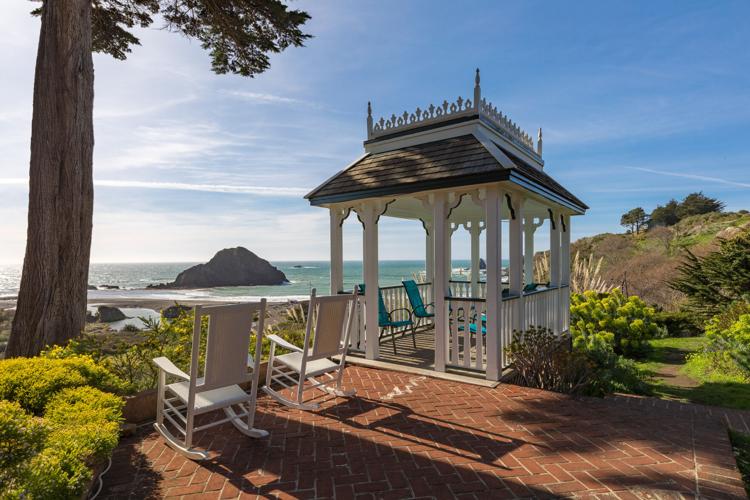 The grounds of Elk Cove Inn on the Mendocino coast. 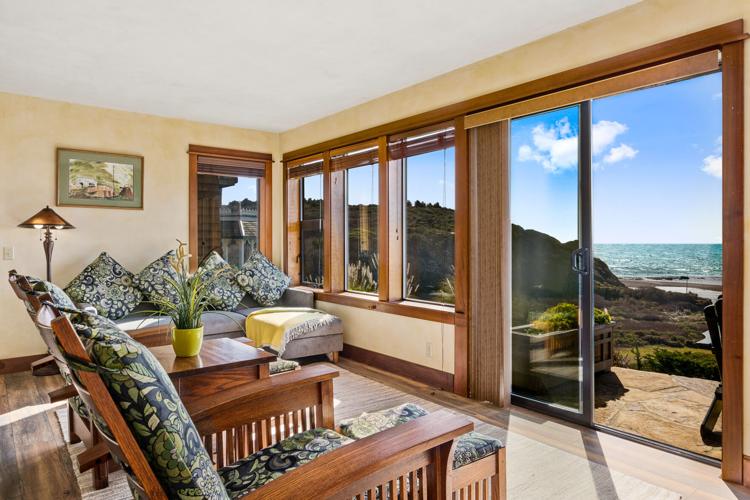 The view from inside a room at the Elk Cove Inn.