Become a Member
Read Today's E-edition
Share This
Travel memories: A honeymoon in Roatan,1992
Share this
1 of 3 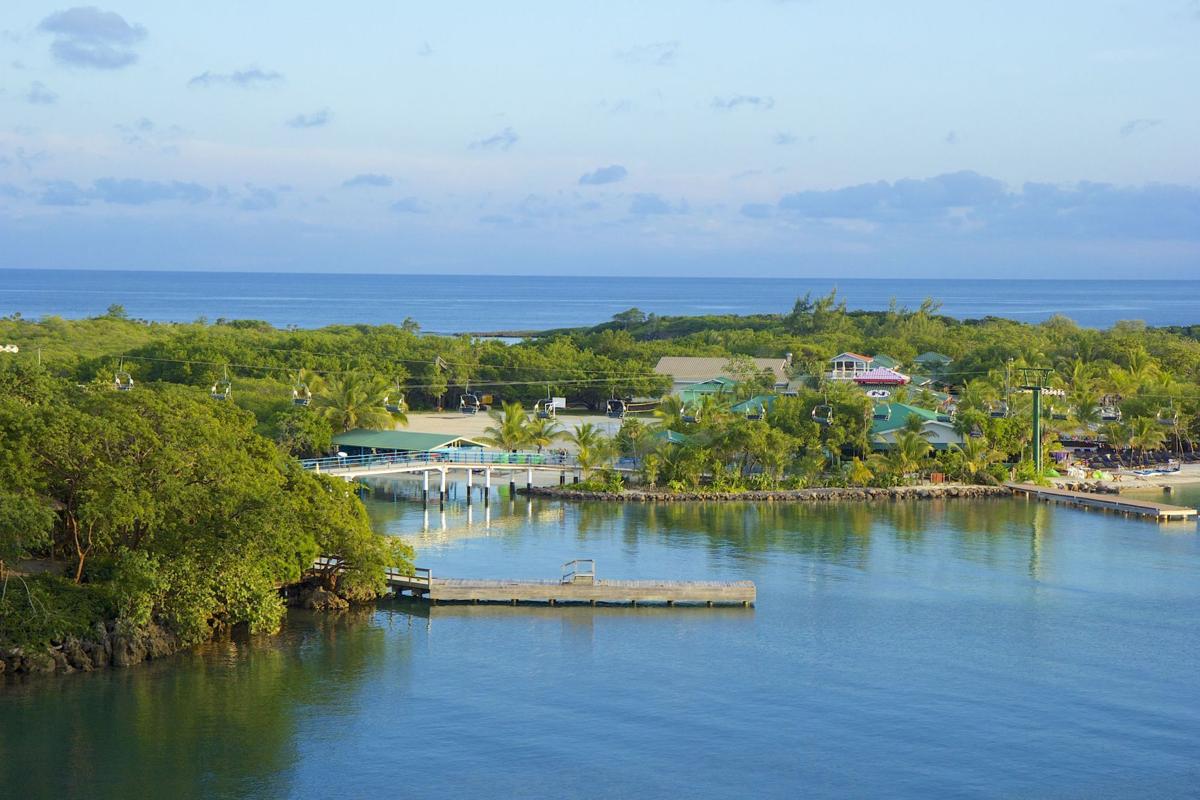 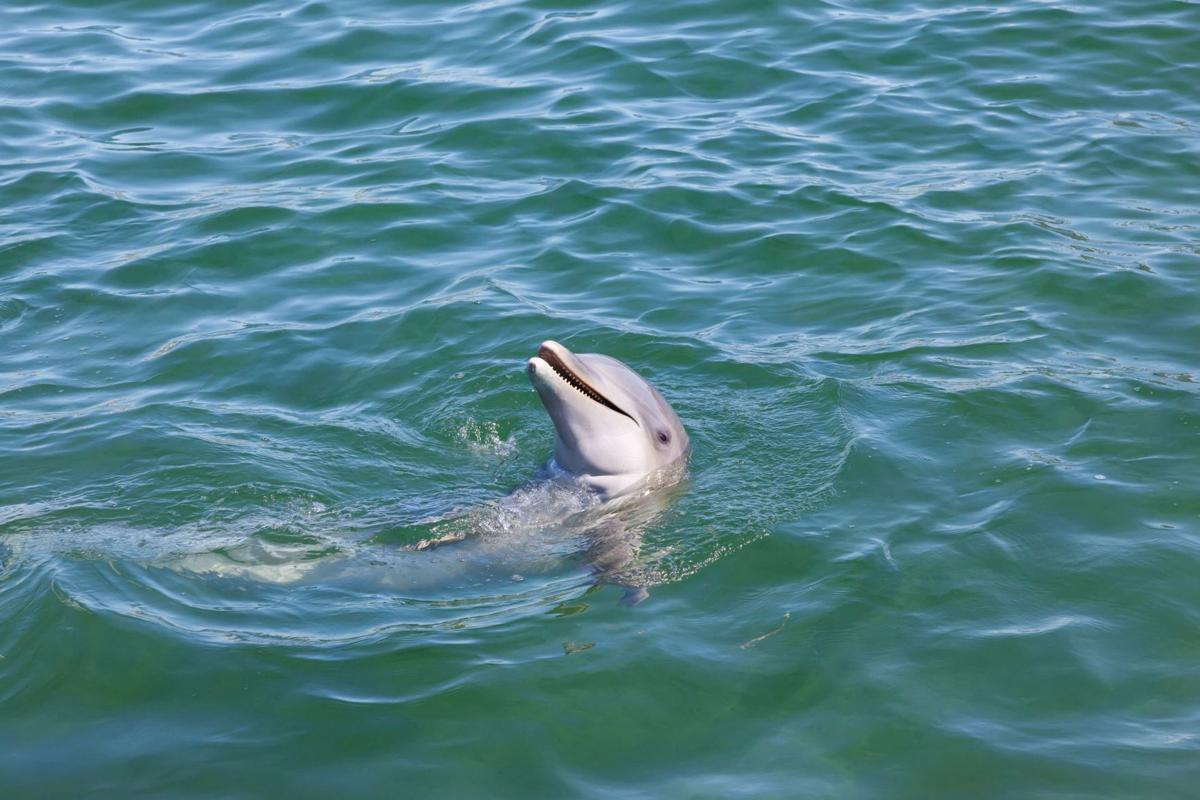 Anthony’s Key Resort on the Honduran island of Roatan in the Caribbean Sea is known as a dolphin habitat. 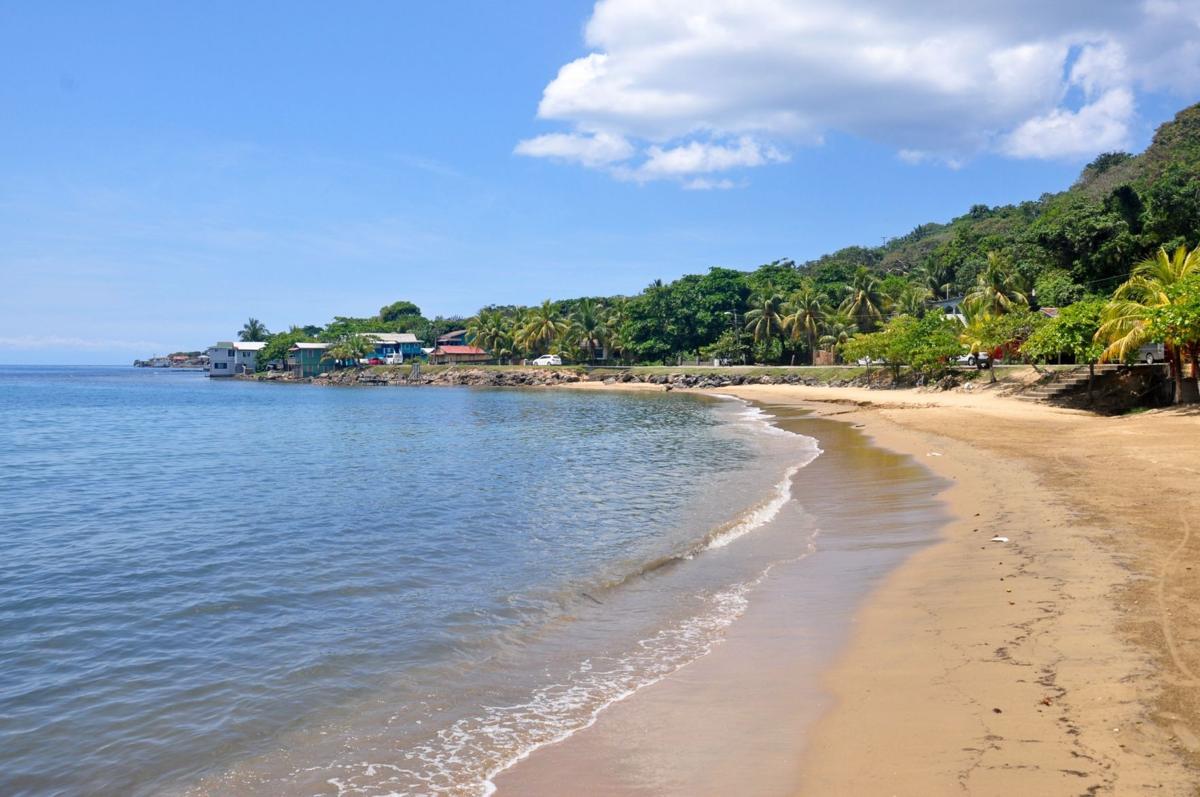 The coastline of Roatan, Honduras.

Early in our relationship, I discovered that Jean knew how to snorkel and had her basic scuba diving certificate. She was enthusiastic about both and convinced me to try snorkeling on our first trip together – to Hawaii in 1990.

Based on her assurances of fun and safety, we got our masks and fins and carefully picked our way down a steep narrow path to an allegedly peaceful cove in the northwest corner of Maui. At the rocky shore, we found dozens of other people and saw a fair number of surfers in the water. Nothing ventured, right?

As I was getting the hang of things on the surface, a surfer on his way to shore cruised by, his board missing my head by inches. A bit fazed by that I continued, my mask fogging and tasty saltwater sneaking in. What fun! Being able to see underwater as colorful fish surrounded us was worth it.

Having achieved a certain comfort level with snorkeling, I progressed to scuba, with lessons in San Rafael in a small classroom and small shallow heated pool. The certification dive was in the 50-degree waters of Monterey Bay just off Cannery Row. That was the surface temperature. On the bottom about 50 feet down where our little group class sat in a circle to demonstrate our skills to the instructor, the water that found its way inside my insulated dive suit and trickled down the back of my neck and all the way down my waist, was colder still. I passed the test, and we agreed there would be no more cold-water dives.

As our romance progressed, I made the leap one night to propose. In a momentary lapse of sanity, she said “yes.” We settled on a wedding date in January of 1992 and decided our honeymoon would be a scuba trip to some place with warm water and no dive suit needed. This required me to get a passport.

Our research led us to Anthony’s Key Resort on the Honduran island of Roatan in the Caribbean Sea. The island is narrow and about 20 miles long and lies about 40 miles off the northern coast of Honduras on the edge of the world’s second-largest barrier reef. Most importantly, the water is usually at least 80 degrees.

After a brief visit to New Orleans, we flew via Belize, landing at that country’s combination of primary airport and British Army jungle warfare training base. The base was prominently placed at one end of the runway where our jet made its U-turn to taxi back to the small terminal. Tents, planes, helicopters, armored vehicles and numerous strapping young British soldiers were about. As our plane came to rest outside the terminal, it was immediately surrounded by Belize security forces carrying machine guns while a few passengers deplaned and a few others boarded. We wondered if someone forgot to tell us something as we stayed in our seats until the flight resumed in short order.

Our next quick flight landed at the airport on Roatan, with a runway long enough to handle a regular size jet, and no machine guns, which was comforting. We strolled to the terminal, a small wooden shed a few stairs up from the ground that was being pecked by a bunch of chickens. We stepped around a gaping hole in the terminal floor, big enough to swallow an unaware leg, to get to the arrival counter. I’m sure that has been fixed by now.

Our van and driver were waiting for us and other divers and took us a few miles to the resort near the west end of the island. The resort, which is still going strong, was and is all-inclusive, with its reception area, restaurant and dive shop on the main island along with a number of nice huts. We had reserved our place on the actual Key, the tiny island across the lagoon from the main island, reached in less than a minute in a very small motorboat.

Our honeymoon hut was at the edge of the Key and built on stilts over the water, with a hammock strung on its shaded porch, and a spacious full bathroom and excellent king-size bed. A fresh gentle breeze flowed through and privacy was provided by vegetation and thoughtful site placement.

We filled the next few days with morning and afternoon master-led dives from the resort’s boats, with countless fish sightings and catered lunches on the boats. A pair of swim trunks and my oldest rattiest T-shirt were the only dive suit I needed. Meals were consistently delicious and the staff was gracious. This could be habit-forming.

The resort is also known for its dolphin habitat, consisting of a large screened part of its lagoon. One morning at sunrise, I swam from the Key over to the perimeter of the dolphin area and was greeted by several sleek curious mammals that swam over to check me out. On another morning, it was simply easier and quicker to swim over to the main island for breakfast than to bother a staff member to fetch us in the little boat.

A short side trip took us into the main town, which was humble and quiet, with its lone police officer trying to stay awake while sitting in a shaded park in the midday heat. We also took advantage of a leisurely horseback ride outside the resort and along a dirt path passing small homes in the jungle.

The night before our scheduled return, we checked with the reception desk and were surprised to hear that nobody knew if our return flight would actually be available the next morning. We had family and careers counting on us to return home on schedule and so were a bit worried. We were simply told to be ready at six the next morning and hope for the best. This worked. Our flight was available and on time.

The first leg was short, arriving on the Honduran mainland at San Pedro Sula. We were to change flights there and everyone deplaned, to find more machine gun-carrying forces around the plane. An officious young soldier barked orders at all of us to follow her to the terminal, making sure not to step outside a set of lines painted on the tarmac.

We were herded into an international area, which consisted of a barren room just big enough to hold one plane’s worth of people waiting for their connecting flight. Our connecting flight was announced on time but the public address system was so bad we could not understand with our basic Spanish. Fortunately, a friendly British gentleman took us under his wing and made sure we got on the right plane to New Orleans, where we were happy to be back in our home country.

By the way—she is still stuck with me.

The heart health sweet spot: Mitigate your risk of heart disease with this bedtime

The heart health sweet spot: Mitigate your risk of heart disease with this bedtime

How you can make your New Year's resolutions last

How you can make your New Year's resolutions last

Traveling via memory to Tobago

The Hassers, residents of Napa, remember a trip they took 20 years ago to Tobago.

Out of the Fire benefits Salvation Army Culinary training program; raises more than $200,000

The timeless wonder of Jordan

Editor’s note: This is the third and final part of a series the Hassers wrote about traveling in the Middle East.

Editor’s note: This is the second of a three-part series about the author’s trip to the Middle East.

The treasures of Egypt

Editor’s note: This is part of a three-part series on a trip the authors made to Israel, Jordan and Egypt.

Travel Memories: A ramble in Italy

Gerald and Jean Hasser have written travel stories for The Register about visiting Egypt, India, Jordan, the Carribean and Vietnam. Now, they hit the road to discover the USA.

Travel memories: Greece and its Islands

Gerald and Jean Hasser share memories of a 2003 trip through the Greek islands.

Anthony’s Key Resort on the Honduran island of Roatan in the Caribbean Sea is known as a dolphin habitat.

The coastline of Roatan, Honduras.