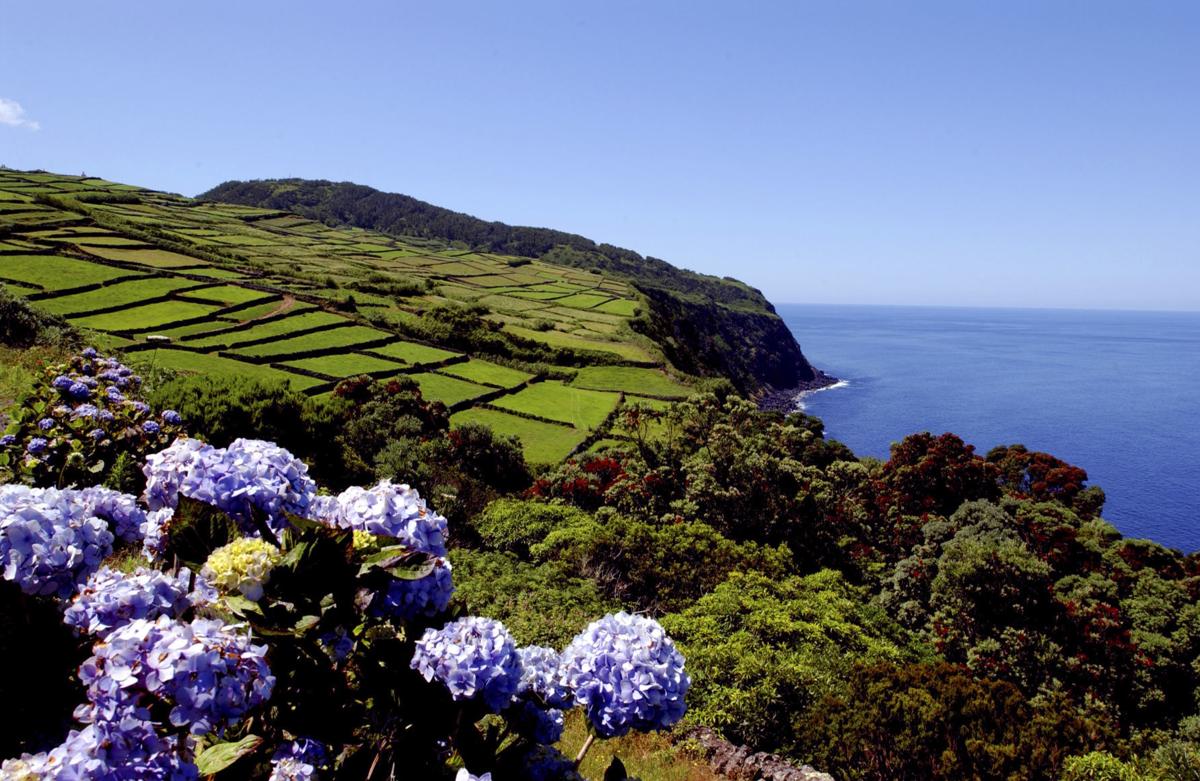 Blue hydrangeas bloom on Terceira Island in the Azores. 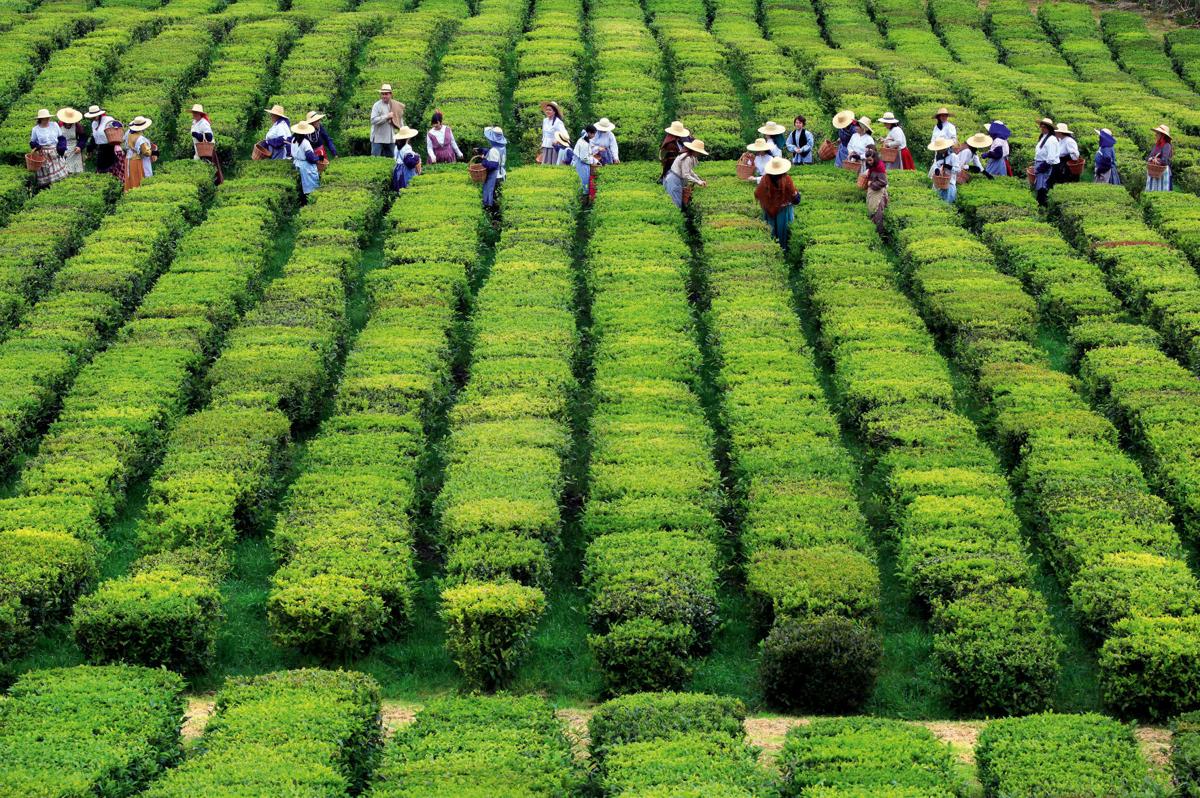 The Livro Açores turistico, a tea plantation on São Miguel. 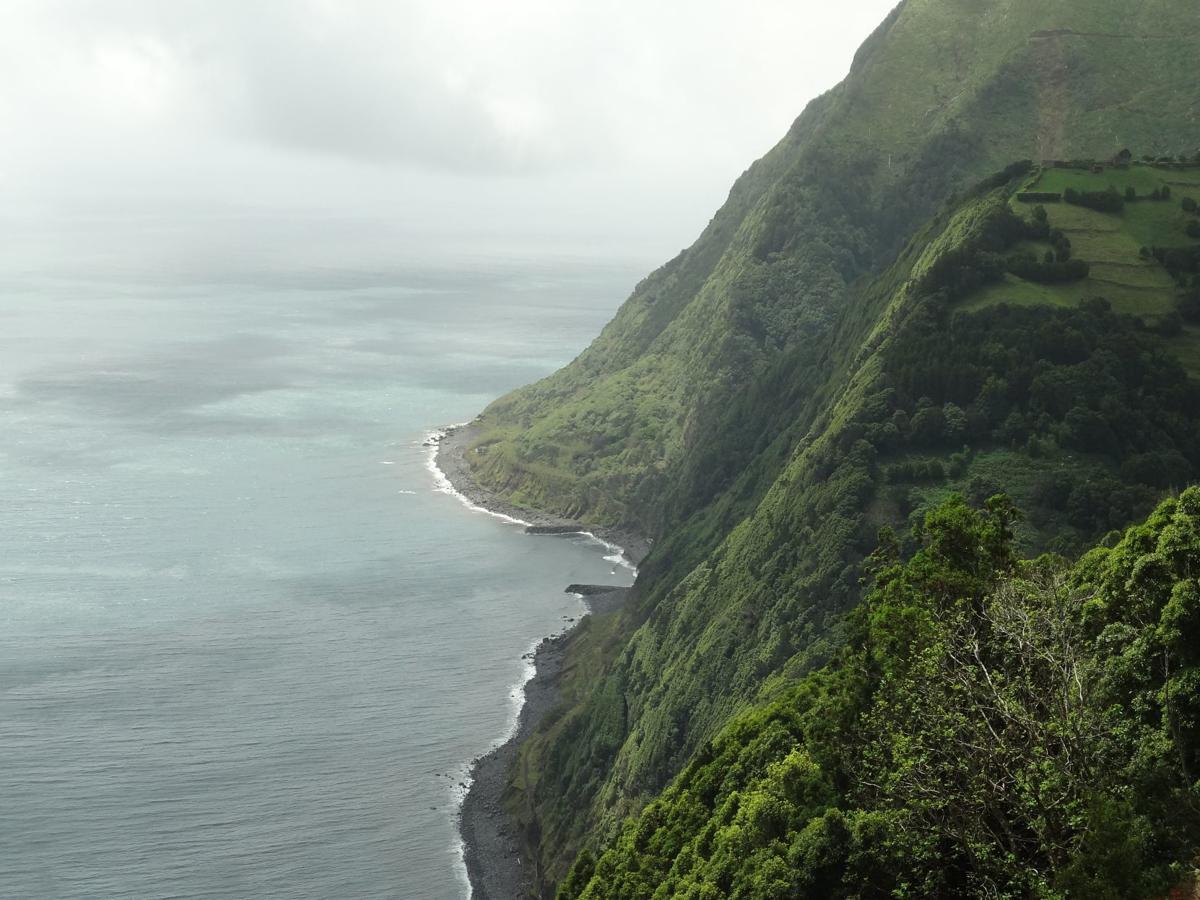 The Azores comprise nine islands 900 miles off the coast of Portugal. 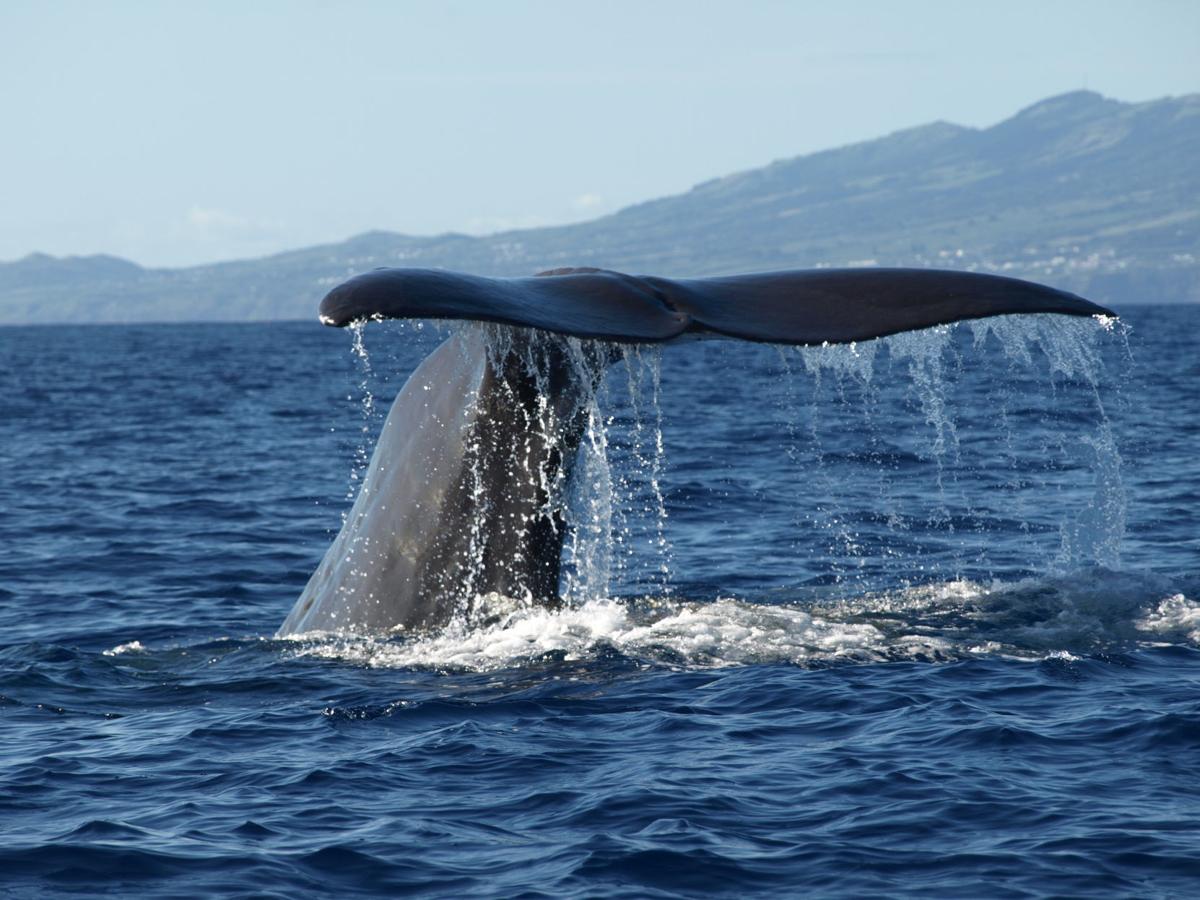 Whaling was once a major industry in the Azores.

The Azores, nine islands that are part of Portugal, yet, being 900 miles west of the mainland, have their own distinct identity.

What I enjoyed most on these pristine, mostly rural islands, often blanketed by blue hydrangeas in May: no matter which beauty spot I was at (of many), no tacky outdoor souvenir shops or touts were determined to separate you from your money marred your communion with nature.

The National Geographic Center for Sustainable Destinations agrees, naming the Azores the world’s second-most-appealing islands for their unspoiled, authentic serenity. (Number 1 is the Faroe Islands in Denmark.)

“It’s slow-paced and very nature-focused, lots of hiking trails, when people see photos they’re blown away by the beauty, the ocean, flora and fauna,” says Manuel Acevedo, chef-owner of two restaurants in the town of Sonoma, Tasca Tasca and La Salette, who hails from the Azores.

“On Sao Jorge, the island where I was born, it’s very rural: the joke is all we do is make cheese and babies.”

Both restaurants serve that Sao Jorge cheese, a cow’s milk that tastes like a cross between a white cheddar and Parmesan, with a sharp bite if it’s aged.

The former president of the Portuguese Cultural Center in Sausalito, he’s the culinary director of their big feast in spring and crab dinner fundraiser in February. Thousands of Azoreans live in the Bay Area, from San Jose to many in the dairy industry in the North Bay, like Achadinha Cheese Company in Petaluma, or in the Central Valley, he notes.

A pair of lakes — one a luminous turquoise, one a luminous emerald — side-by-side and separated by a thin strip of land, surrounded by sheer 1,000-foot cliffs and thick forest, mesmerized me at Sete Cidades on Sao Miguel, the biggest island.

A charming legend explains the lakes’ origin in these volcano craters in the tragic love of a shepherd and a princess. When they parted, they cried so bitterly that tears from the blue-eyed princess created one lake, and tears from her green-eyed beau the other.

In Furnas on Sao Miguel, whose steaming geysers and boiling mud pools are startlingly close to cool mineral springs. I watched my lunch being dug up from underground — a stew of chicken, cabbage, potatoes and other vegetables that was steamed by hot springs on the shore of Lake Furnas.

At Parque Terra Nostra in Furnas, whose lovely botanic garden is filled with camellias, magnolias, rhododendrons, 300 types of ferns, paths and streams, there’s also thermal springs pool in an alarming mustard-yellow color. Once the estate of a wealthy Boston merchant and orange-grower here, Thomas Hickling, who in 1770 built a house, the park was greatly expanded by later owners.

The only place in Europe where tea is grown is the Azores. I did a tasting tour on Sao Miguel at Gorreana, which grows green and black tea, founded in 1883. Growing oranges was a major industry until a major blight hit during the 19th century. Tea replaced oranges, and Chinese arrived to teach locals how to grow it.

The pineapple plantation on Sao Miguel, A. Arruda, is another delightful culinary treat. Brought from Brazil, then a Portuguese colony, in the late 19th century, the pineapples adapted to the cooler climate, and are smaller, more acidic and less sweet than Hawaiian pineapples. A shop offers free samples of pineapple jams, liqueurs and chutneys.

Each island offers something distinctly different, says Acevedo, and it’s true. While the Azores seem remote, nonstop flights Oakland-Terceira island run June to September on SATA, nonstop flights Atlanta-Sao Miguel on Delta are weekly May to October, and flights from Boston (a mere 4-hour flight) year-round almost daily on SATA.

I also watched one of the most unusual handicrafts I’ve ever seen being made: jewelry made from fish scales. I’ve also seen “paintings” created from a mysterious substance in Ponta Delgada on Sao Miguel, the Azores’ biggest city and capital, on Sao Miguel, and wondered what on earth it was. Mystery solved at Escola Regional de Artesanato in the town of Santo Amaro: Fish scales are dried, colored with natural dyes, sewn with gold or silver thread and arranged into, for example, pink flowers with green leaves. These and other rustic crafts, like miniatures made from fig tree pitch and embroidery threaded with wheat straw, were sold at the craft school’s shop.

Whaling was once a major industry in the Azores, introduced by New England whalers who often picked up crew here in the 19th century (the Azores are described in Herman Melville’s Moby Dick). At Pico’s Museum of Whaling, I learned about how, incredibly, it was done by men in canoes armed with harpoons and spears, long after other countries adopted more modern practices.

The best view of Pico, usually encircled by fog, is actually on the island of Faial, a half-hour from Pico by ferry. (I flew from Sao Miguel to Pico, since Pico-Faial-Sao Jorge are in a different island cluster.) Horta, Faial’s port, is well-known to yachtsmen worldwide, and boasts probably the world’s most colorful marina. Hundreds of paintings created by sailors all over the world, some professional-looking, others not, marking their country of origin and date of their voyage (often with maps) completely cover its walls and pavement.

While I’d seen many mosaic staircases in Portugal, here they depicted maritime themes, like lighthouses, boats and fish. Upstairs at Peter Café Sport, a famous bar for sailors, I found a museum of scrimshaw, the craft of ink drawings on whale (or mammoth) tusks, a craft learned from American whalers.

I’ve never ridden in a rodeo. But, thanks to my whale-watching tour from Horta, I know just what riding a bucking feels like. “The sea is so much calmer today than yesterday,” a woman passenger in front of me screamed, as I clung to my metal handlebar for dear life to avoid being pitched out of my seat into the chilly Atlantic, and prayed for a speedy return to shore. But soon (yet not soon enough for my comfort level), we saw spray shooting up from blowholes, then tails, then the huge behemoths themselves plunging into the sea and wiggling their tails in a dramatic maritime ballet.

The Azores: I’ll be back.

Sharon McDonnell is a freelance writer in San Francisco. Read her work at https://sharonmcdonnell.contently.com.

The incident took place Saturday afternoon near Imola and Soscol avenues in Napa.

Steve Hendrickson, who starred in football for Napa High School in the early 1980s as a fullback and linebacker before playing for UC Berkeley and then in the NFL for seven years, died Friday at his home in Nampa, Idaho, his nephew, Dave Lewis, said.

$9 million: that's how much The French Laundry's 3-acre culinary garden in Yountville recently sold for.

The website is currently taking expressions of interest from people over age 65 and frontline essential workers.

The helicopter crew directed police to the apartment where the blinding green light had originated.

After high numbers at the start of the week, new COVid cases dropped on Wednesday, the county reported.

The county has started asking people to register their interest in receiving a COVID vaccine when supplies become available.

Blue hydrangeas bloom on Terceira Island in the Azores.

The Livro Açores turistico, a tea plantation on São Miguel.

The Azores comprise nine islands 900 miles off the coast of Portugal.

Whaling was once a major industry in the Azores.