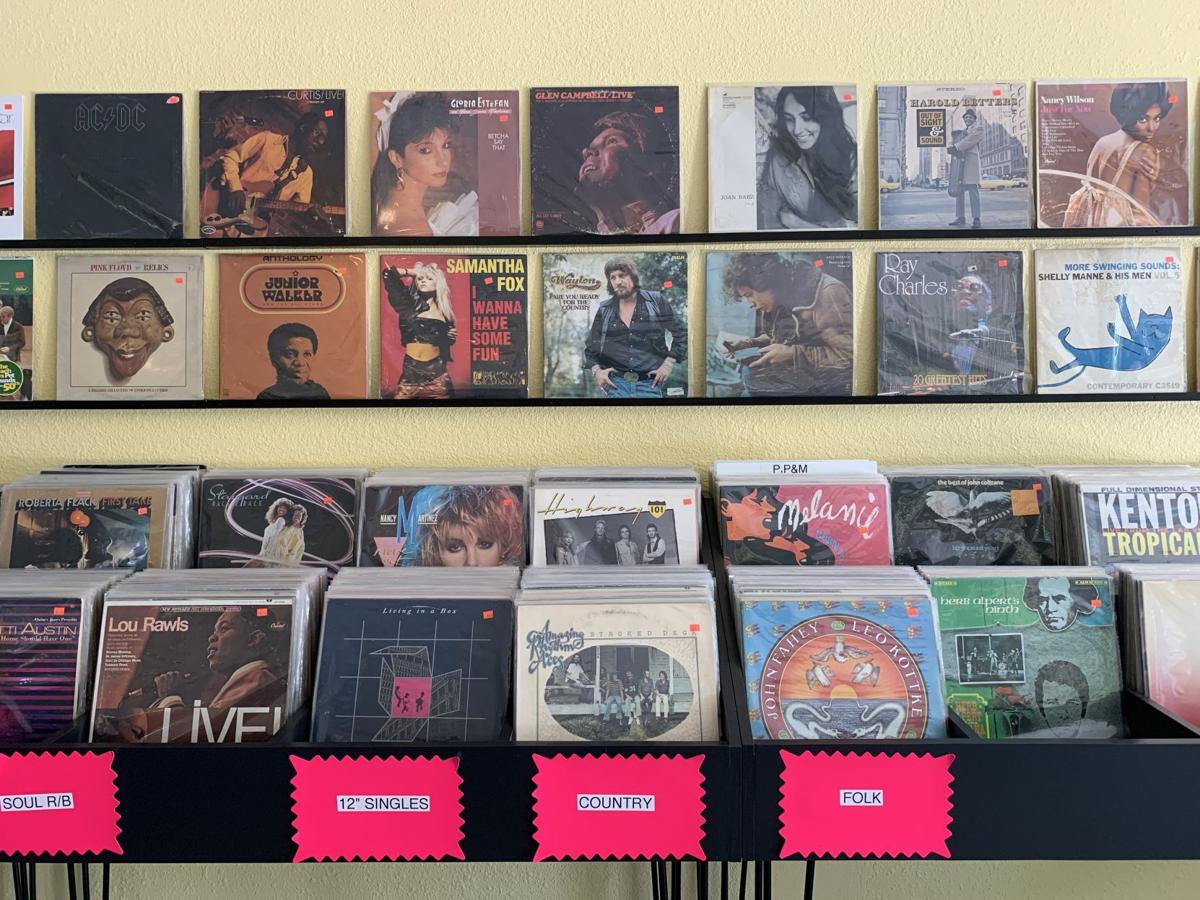 Right On !!! Records just opened on California Boulevard in Napa. 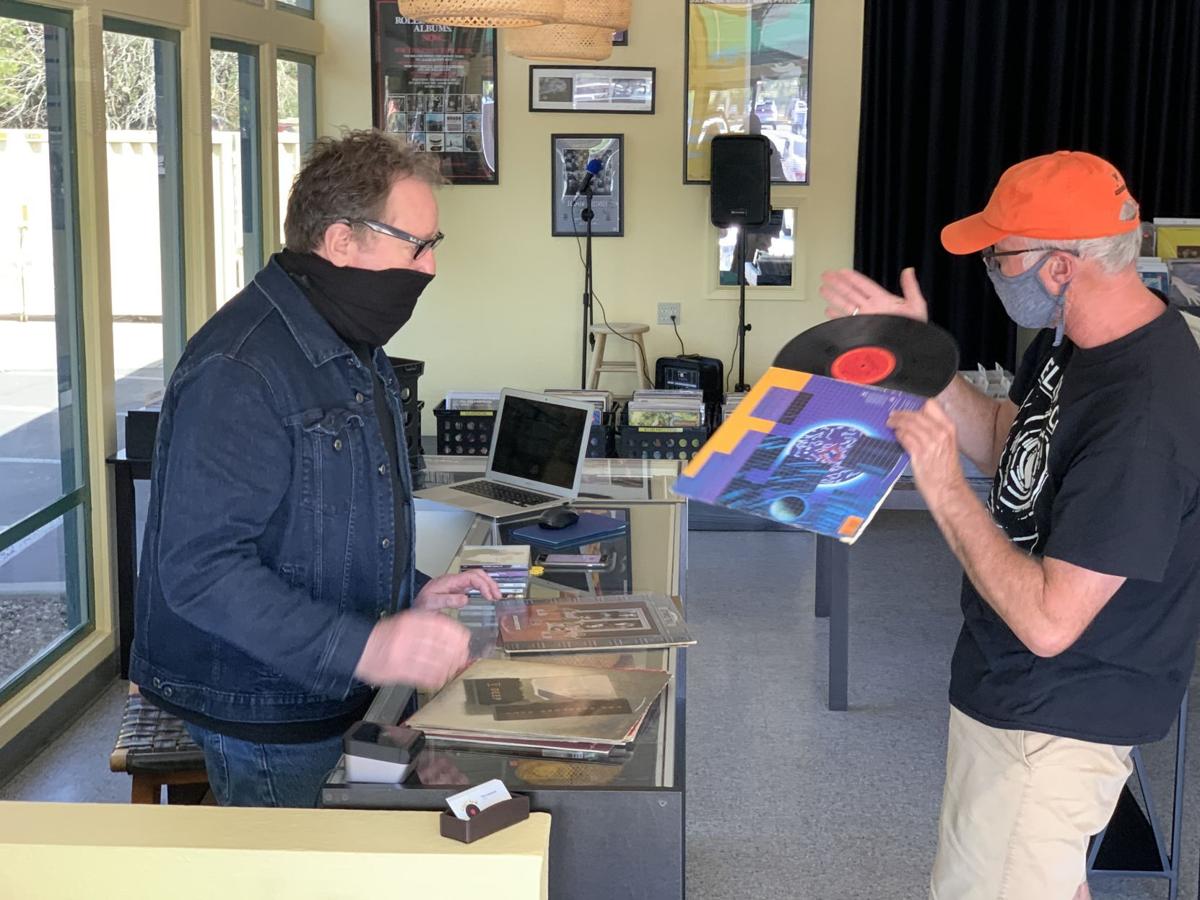 Tim Leonard just opened a vinyl record store at 2375 California Blvd. in Napa. Called Right On !!! Records, it’s the first such standalone record retailer to open in Napa in more than 20 years. That's customer Scott Yeager that Leonard is talking with. 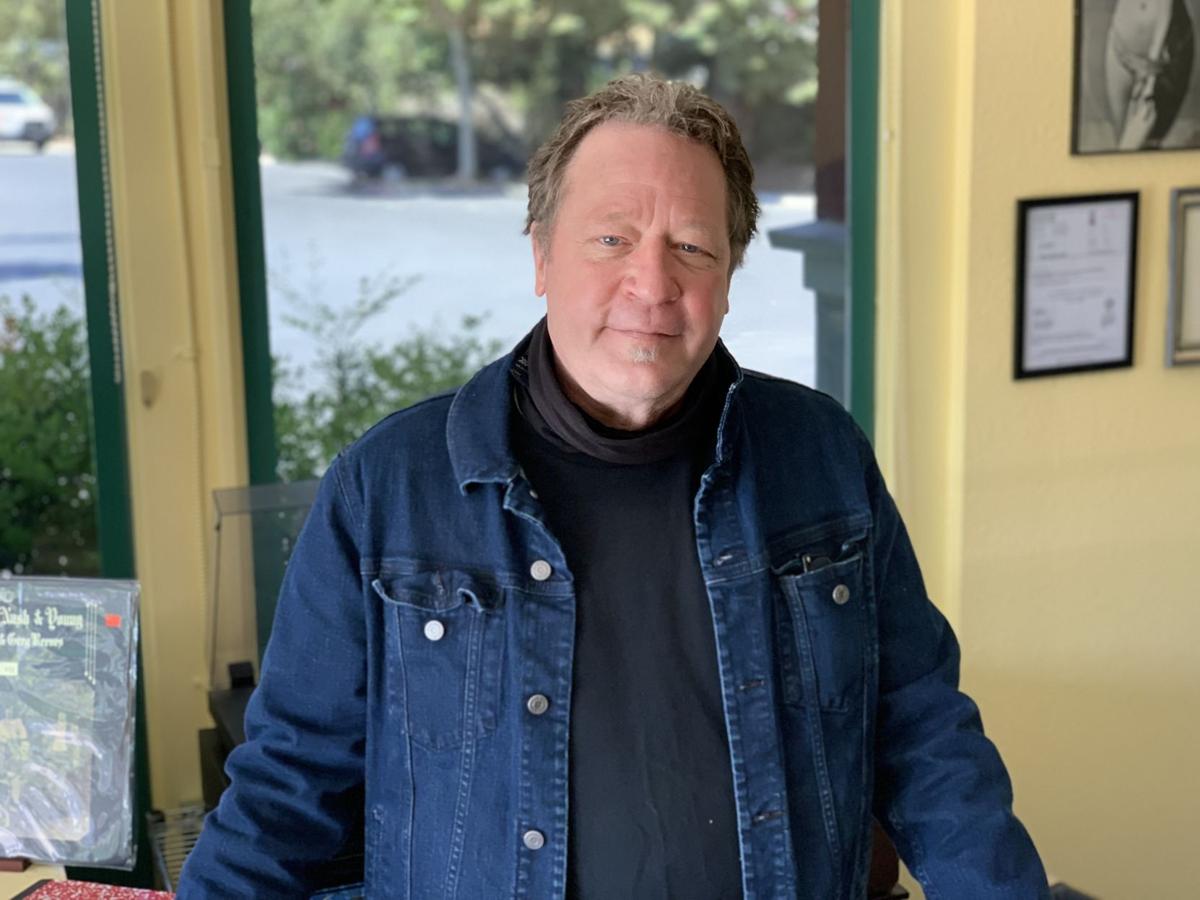 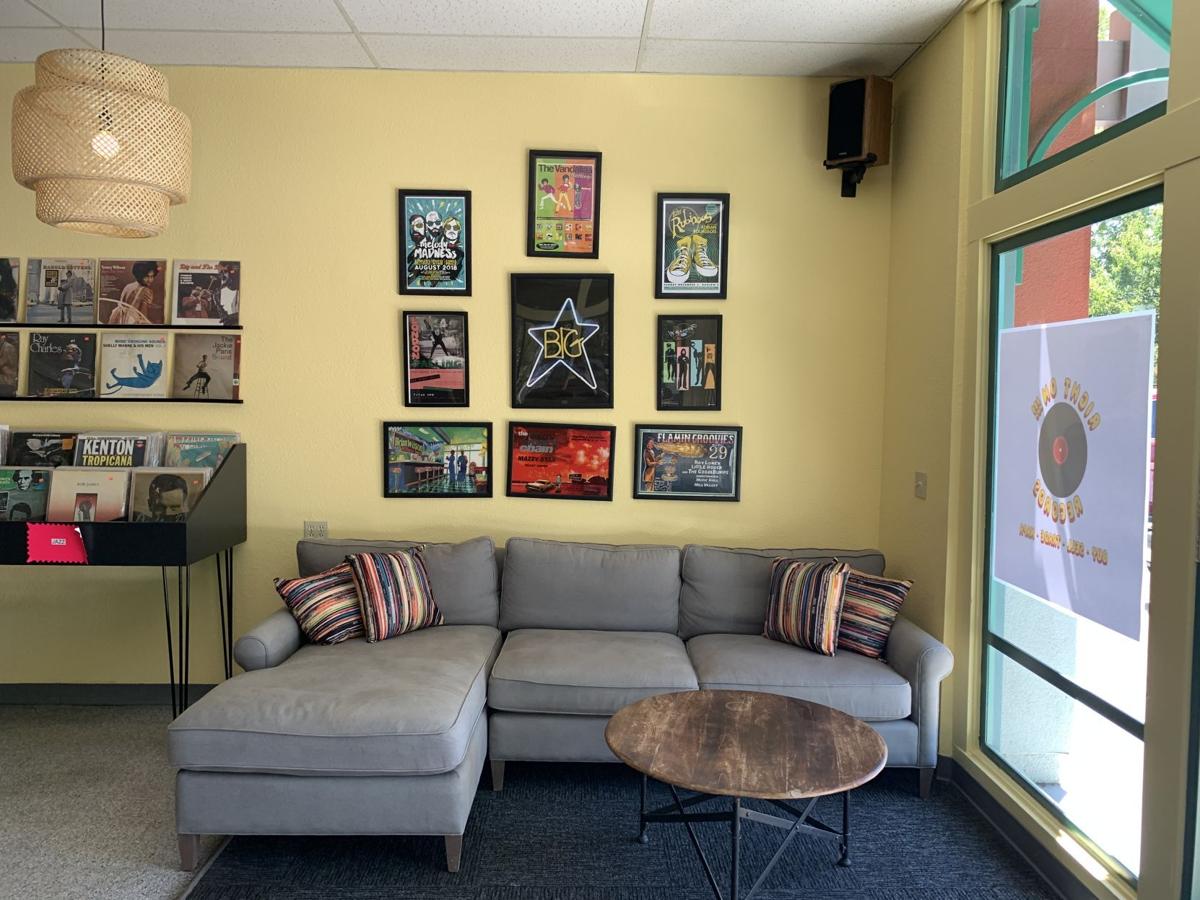 As a kid, Tim Leonard fell in love with music and vinyl records. In fact, he still has his favorite LPs, bought back when he was in junior high, like the Rolling Stones and the Kinks.

“Music has always been a part of my life,” said Leonard, who is 61. “I’m passionate about it.”

Today, Leonard has more than 1,200 vinyl records in his personal collection. And now he’s spinning his passion in a new direction.

Leonard just opened a vinyl record store at 2375 California Blvd. in Napa. Called Right On !!! Records, it’s the first such standalone retailer to open in Napa in more than 20 years.

This new small business owner said he was inspired to start Right On !!! Records after being out of work for several months during the COVID-19 pandemic.

He had a job in the wine industry, but “I got burnt out,” said Leonard. During the pandemic, “I just reassessed my life and what would make me happy.”

Music was the answer.

After a lengthy search for the right space, Right On !!! Records officially opened on June 4. Located at the site of a former Great Clips hair salon, his shop is adjacent to a Lucky grocery store.

“I’m very excited for this new chapter in my life,” said Leonard. “I’m really happy to be here.”

His opening weekend was a success, said Leonard. Several hundred records were purchased. In fact, he sold so many albums, he’s headed to a source in San Jose this week to buy more inventory.

“People are clamoring for something like this” in Napa, he said. “There’s definitely a need.”

He even has some rare vinyl records from artists like Miles Davis, John Coltrane, Jimi Hendrix, and Neil Young, for example.

Not every album is used, he noted. About 5% of his stock is brand new vinyl LPs from artists including Lloyd Cole, Big Star, Keith Urban, the Eagles, Alicia Keys, and Olivia O’Brien, who is from Napa.

All the used records (except those priced $1) are individually inspected and cleaned, he said.

Besides music, the store also sells some stereo equipment such as Bluetooth turntables and plans to host musicians and other music-related events or gatherings. A turntable “listening station” allows a shopper to hear a record or CD before buying. He’s also buying music from those who have albums and CDs to sell.

While Right On !!! Records is the only dedicated record store in Napa, Leonard is not the only one selling vinyl. RebelGirl Records has a large space inside the Antiques on Second collective. Other Napans sell records at swap meets and online via Etsy and other such sites.

“I think there’s room” for competition, said Leonard. “What we’re doing is different” from anything else offered in Napa today."

One of Leonard’s first customers at Right On !!! Records were Scott Yeager of Napa.

“I’m happy the store is here,” said Yeager. “I like the whole atmosphere. It’s welcoming” and has a good collection of albums, he said.

Yeager has already sold and traded music at the store and purchased albums: one by Tom Waits and one by Rainbow (a British rock band).

According to the Recording Industry Association of America, in 2020 — and for the first time since 1986 — revenues from vinyl records were larger than from CDs.

“Despite the challenges to retail sales from COVID-19 restrictions, vinyl grew 28.7% by value year-over-year to $626 million, though still only account for 5.2% of total revenues by value. Revenues from CDs declined 23% to $483 million, continuing a long-term decline,” said the report.

Those statistics are encouraging, Leonard said. “I think the timing is right” for his new business.

Nostalgia is one big reason for the renewed interest, he said. “You’re actually holding something tangible,” not a digital music file.

When you play a record, “you reminisce about a time and place in your life. There’s an emotional connection to the music” and the time it comes from.

Yet, Leonard remains realistic about his business prospects. “I have no delusions of becoming filthy rich” from owning an independent record store, he admitted.

He is already enjoying his new career.

“What a nice lifestyle, sitting around listening to records.”

"Two turntables and a microphone"

Three people were arrested after a pursuit that followed reported retail thefts in the Bay Area, according to the Napa County Sheriff's Office.

A driver remained at large after a vehicle chase early Sunday that ended with a crash and two arrests, according to police.

A Napa County resident's death after contracting the coronavirus is the 84th such fatality locally during the pandemic, the county reported Thursday.

A reported theft of alcoholic beverages from the south Napa Target led to the arrest of a Napa resident Saturday, according to police.

Right On !!! Records just opened on California Boulevard in Napa.

Tim Leonard just opened a vinyl record store at 2375 California Blvd. in Napa. Called Right On !!! Records, it’s the first such standalone record retailer to open in Napa in more than 20 years. That's customer Scott Yeager that Leonard is talking with.