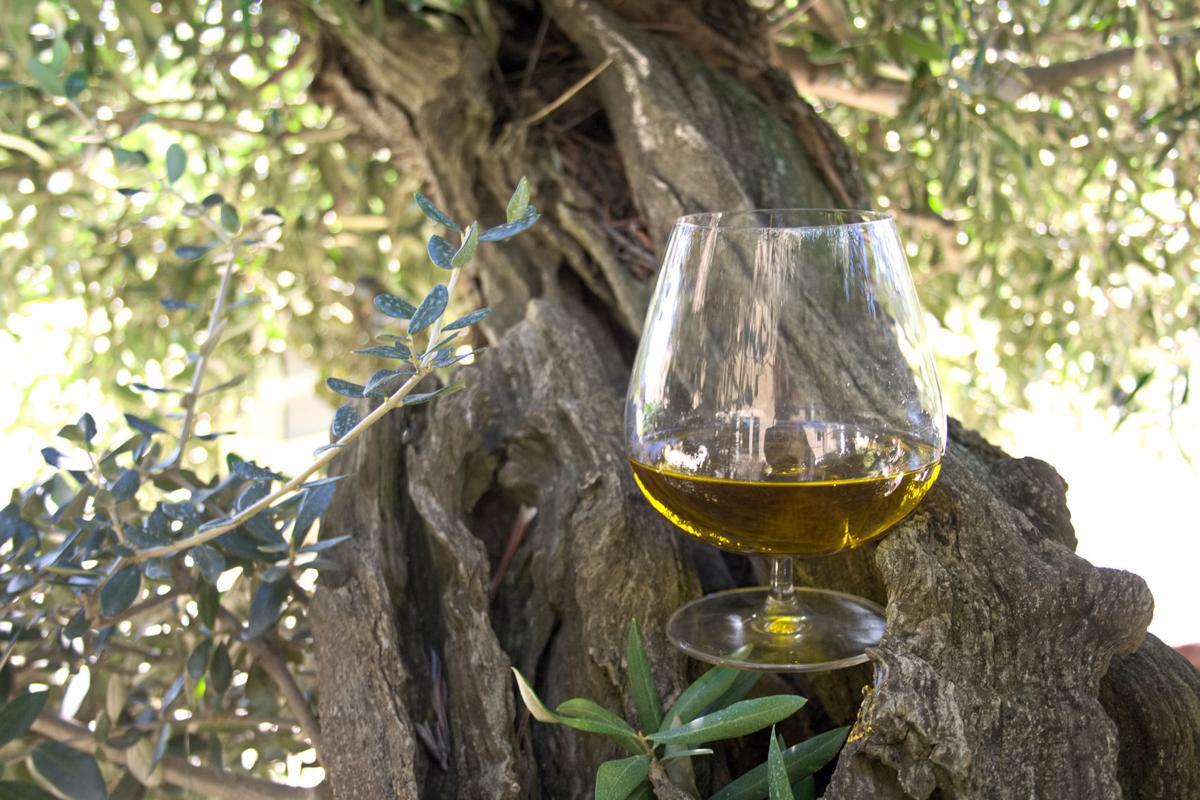 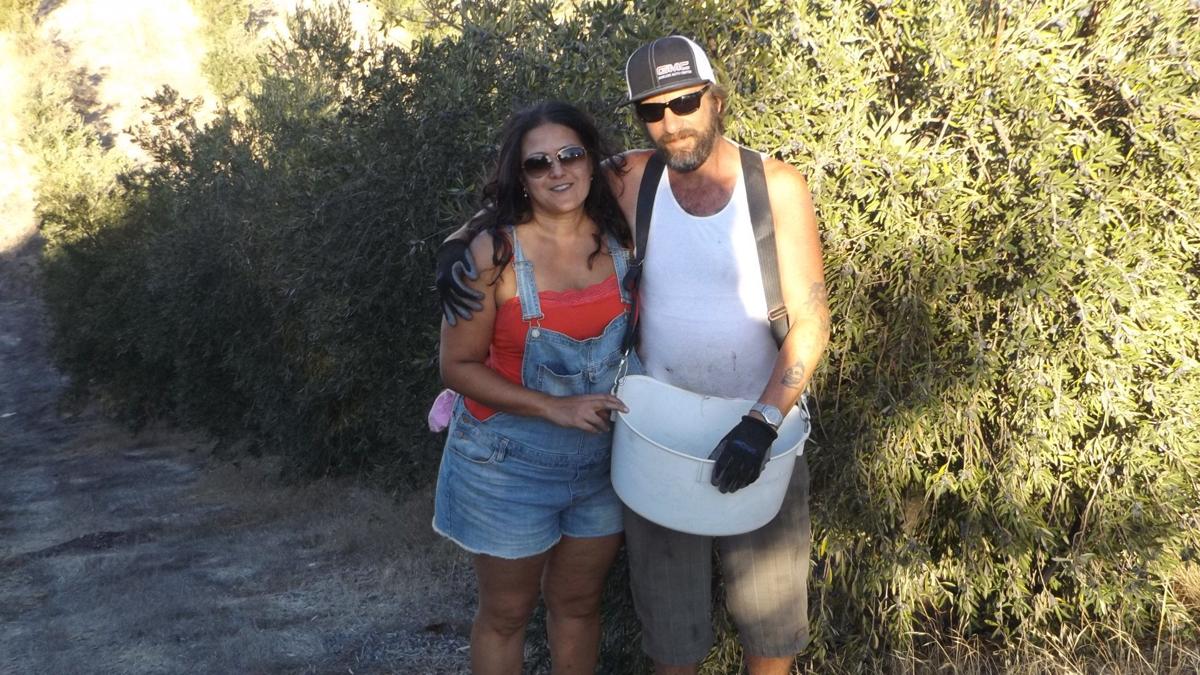 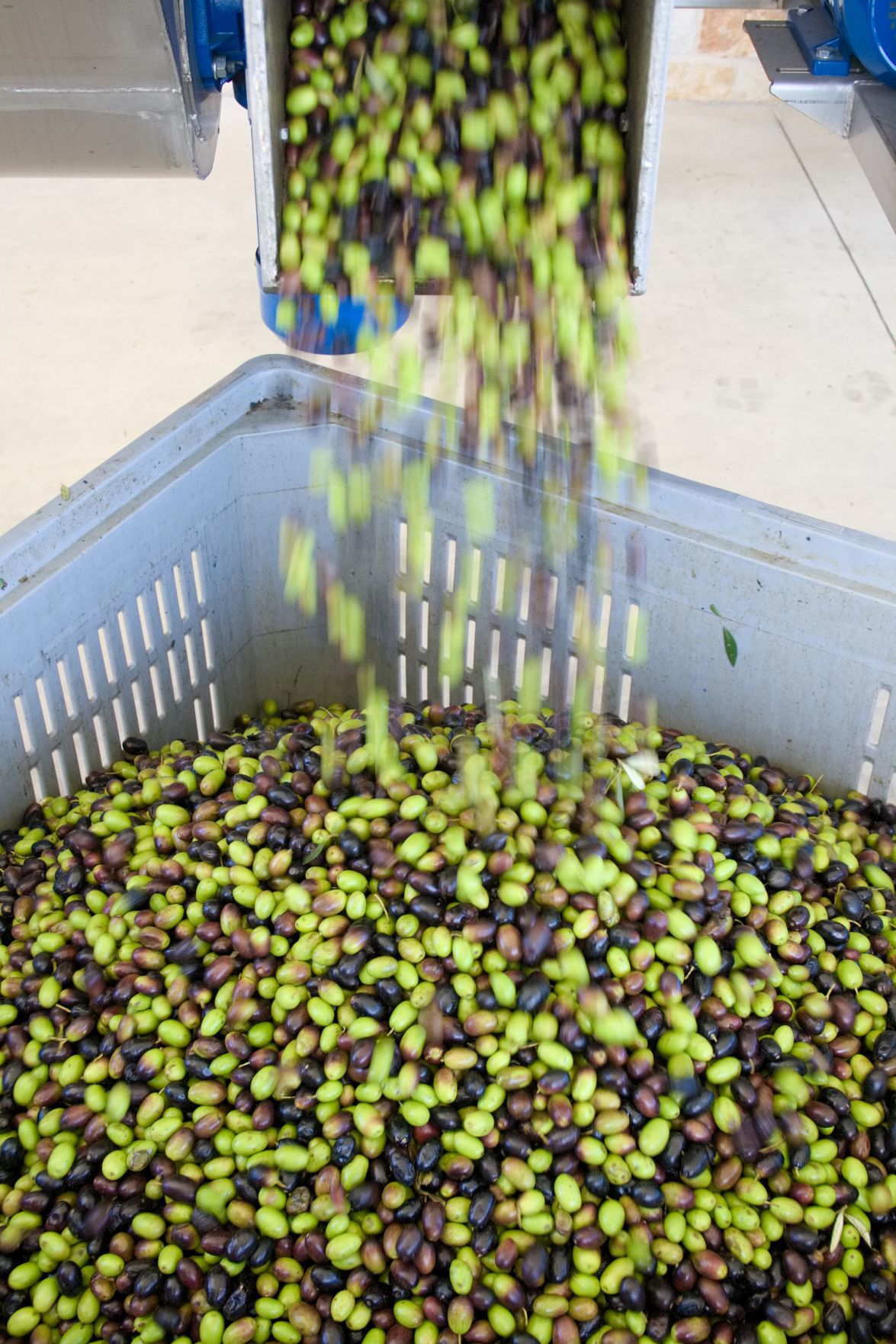 Round up nine women winemakers and industry professionals, give them six different types of extra virgin olive oils and two hours to work. What do you get?

A distinctive winemakers’ olive oil blend that is a balanced, complex, deep and well rounded, made at Boccabella Farms, producers of extra virgin olive oil in San Miguel, California.

“What was created this year, it’s indescribable for me,” said Johnny Jantz who co-owns the olive farm with his life and business partner Shaana Rehman. “It’s the most subtle blend of olive oil I’ve ever had in my life, I think it’s the best blend we’ve ever produced.” The final blend is of four olive oils that include Arbequina, Lucca, Mission and Pendolino.

Rehman added: “And we have won mostly gold medals.”

For a relatively new entry into the world of olive oil and a first-time entrant at the 2019 New York International Olive Oil Competition after the 2018 olive harvest, Boccabella scored big this year with two gold awards for its Field Blend and the Winemakers Blend (crafted by Paso Robles women winemakers) and a silver award for the 100 percent estate Arbequina. Other kudos followed from the 2019 Los Angeles International Olive Oil Competition and California State Fair.

It’s a warm summer afternoon at the rustic Boccabella Farms, (named after Rehman’s Italian grandmother). The property is tucked away in the hillsides of San Miguel, a mere 10-minute drive from Paso Robles. Of the 10-acre ranch, four and a half acres are planted to some 3,000 trees of Arbequina olives. Other are sourced from local olive farms.

But a blend created by winemakers?

That’s what Rehman, a lawyer by profession, and Jantz, a chef, conjured up three years ago as an homage to the wine country and a way to integrate the local wine and olive oil industries. While the couple craft the field blends themselves, they wanted to reach out to local winemakers for their expertise on a Winemakers Blend.

“We had been talking about the similarities between wine and olive oil,” Rehman said. “One thing they do well is blend flavors. They create a flavor profile in a wine from different grapes and everyone’s got their own proprietary way of doing that.”

Olive varietals are distinctive yet subtle in flavors. “It requires a palate that’s used to that to create something new and unique,” Jantz said. “I thought it [a winemaker blend] was a neat idea.”

A team of male winemakers crafted the first blend. “It was a big, bold and over-the-top blend,” Jantz said. The following year was a combination of men and women. “It was still big and bold, partially because of the blenders and partially the fruit,” said Jantz.

“But this year for whatever reason, it organically became only women,” said Rehman. The team of women was given a selection of six olive varietals — Mission, Arbequnia, Lucca and Pendolino, Picholine and Koreneiki.

The winemakers had a range of comments, but all agreed on the similarities between blending wine and olive oil. “You are evaluating aroma, taste and mouthfeel of each component, and then creating an end product that is balanced, nuanced and interesting,” said Molly Bohlman, winemaker at Niner Wine Estates.

The team also concurred on the challenges. “The onset of palate fatigue was earlier than I experience when blending wine,” Bohlman said. “Oh, and you don’t spit olive oil so a stomach of steel is beneficial!

Amy Butler, owner/winemaker of Ranchero Cellars, concurred: “My stomach felt like a lake with olive oil floating in it.” Sparkling wine and water served as palate cleanser, but it wasn’t easy to cleanse the mouth.

“You had to think about it and break it down to components,” said Butler, a noted Paso winemaker. ”It was brain challenging but fun.”

Susan (SAM) Mahler, owner/winemaker of Cypher Winery, also approached it from a winemaker’s perspective, looking for a beginning, middle and end. “It was fun and fatiguing,” she mused.

There was also a learning curve for few of the winemakers to experience what makes a ‘complete’ olive oil and “to compare the differences between varietals, which ones were mild and buttery versus, which were grassy or peppery,” said Bohlman.

Since the blending session was challenging the winemakers came away with a newfound respect for olive oil and what it takes to blend it.

“The fruit last year was minimal but it had these very subtle innuendos about it,” Jantz recalled. In previous years when fruit has been plentiful, you get bigger, bolder flavors. ”It’s easier to blend when you are dealing with big differences in flavors,” Jantz said. So in the 2018 vintage, when flavor profiles are subtler and not as easy to interpret, blending becomes much more difficult.

Jantz grew up in Lompoc where his father raised chickens, rabbits and honey bees and his mother managed her wedding cake business. Drawn to the world of food, he graduated from California Culinary Academy and worked in the Bay Area with noted chefs, among them, Scott Howard and Cindy Pawlcyn. In spite of the Bay Area’s big-city appeal, the Central Coast beckoned and Jantz moved to Pismo Beach.

Rehman, on the other hand, is a city girl, born and raised in New York to an Italian mother and a Bangladeshi father. “My parents met on the Lower East Side. He was a chef in one of the 6th Street Indian restaurants.” So Rehman too grew up around food.

Rehman recalled memories of her grandmother in the kitchen always cooking with olive oil with a black-and-white television tuned to Julia Child’s cooking show. “I thought it would be lovely to have a farm with a product named after her.”

The farm and the brand evolved organically. For example, the art on the can label is one of Rehman’s mother’s, a lifelong artist. A black-and-white block print of her grandmother in her house dress on a recliner graces the Arbequina can while the Winemakers Blend bears an image of her grandfather. “When he emigrated from Italy to Brooklyn he would make wine in the bathtub,” Rehman reflected. “I thought it was fitting to put it on the winemakers label.”

Rehman and Jantz met in California 25 years ago.

Jantz’s abridged version is this: Between their marriages and divorces to previous partners, they got introduced by a friend when Rehman came to visit him in Pismo Beach and fell in love with the region. They got serious and started looking for a place by the beach.

While scouring through real state publications. they came across this olive orchard in San Miguel, which piqued their interest. “It was a beautiful afternoon just like this,” Jantz said as he spreads his hands. The sellers, a Spanish couple, offered an ice-cold beer on a hot afternoon and a taste of their olive oil. “They were selling us a little bit of heaven.”

“The only thing we knew about [olive oil] is that she’s Italian and I’m a chef,” said Jantz with a hearty laugh. “We didn’t know anything about farming.”

But they took the plunge and it was a learning curve for the couple. “Farming is not that easy,” Jantz said.

They must have done something right because Boccabella started getting kudos with their very first release in 2014. “We started winning awards right out of the gate,” said Jantz.

Boccabella’s boutique production varies anywhere from 250 gallons in lean year to 500-600 gallons when yields are larger. It’s sold by the pint in a can and in sample 100- milliliter glass bottles. The team is committed to responsible farming and their fruit is delivered to the olive mill within an hour. “The second you pick an olive it starts to degrade,” said Jantz.

How soon should olive oil be consumed?

“From harvest date up to 18 months,” Rehman recommended. After that, the flavor declines. “When you taste our olive oil, you get pepper, fruitiness and spiciness,” she noted. “Each of those components start to break down over time until a point when it goes rancid.”

While the Winemakers Blend tends to be special and complex, the typical Boccabella Field Blend is soft and approachable. “As opposed to the Arbequina, which is so pronounced and bold that you either like it or don’t,” Jantz said.

From a chef’s perspective, Jantz described the 2018 Arbequina olive oil as “summer in a bottle’ with flavors of grass, fresh-cut hay, artichoke and tomato leaf. He suggested it for marinades or drizzled over grilled vegetables and meats. The Field Blend with Italian varietals tends to be rounder, buttery with a fatty feel on mid-palate. “I consider this my every day oil to fry eggs and chicken,” Jantz said.

Meanwhile, Rehman prefers the Arbequina for her brownie cookies. “It goes so well with chocolate,” she said.

Merlot is not lying low anymore. If the #MerlotMe movement has anything to do with it, the much-maligned variety will rise like a phoenix.