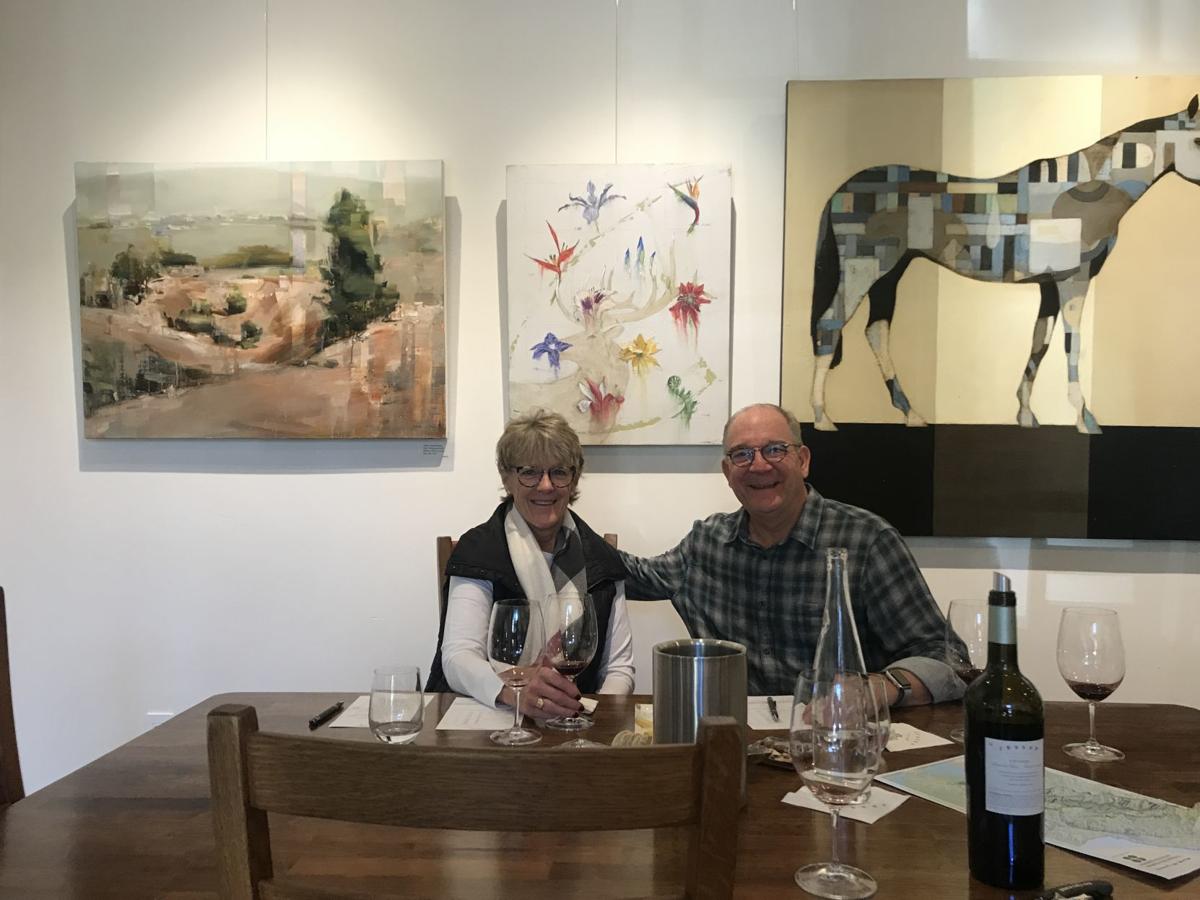 Jean and Drew Vogel, visting from Iowa, stop in for a tasting at Jessup Cellars. The tasting room doubles as an art gallery, featuring work from local and out-of-state artists. 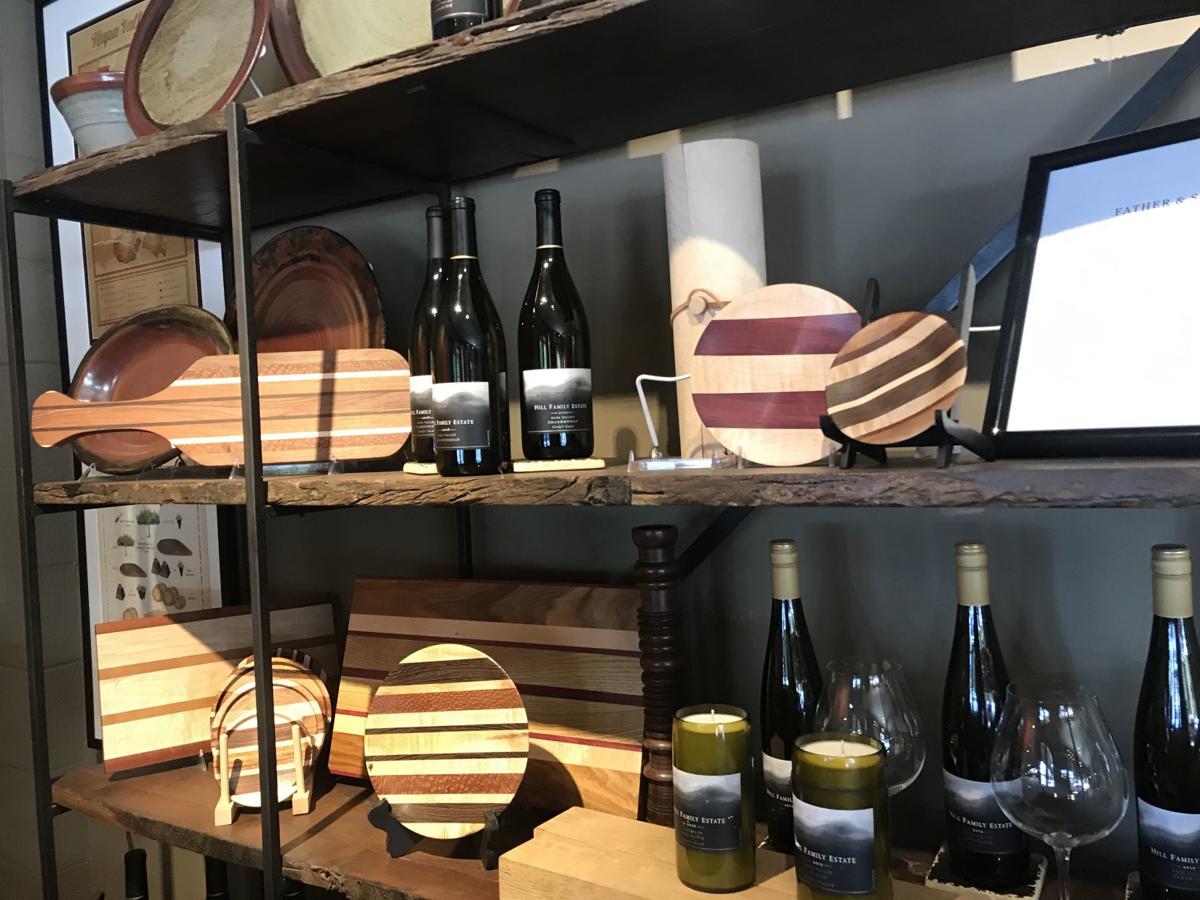 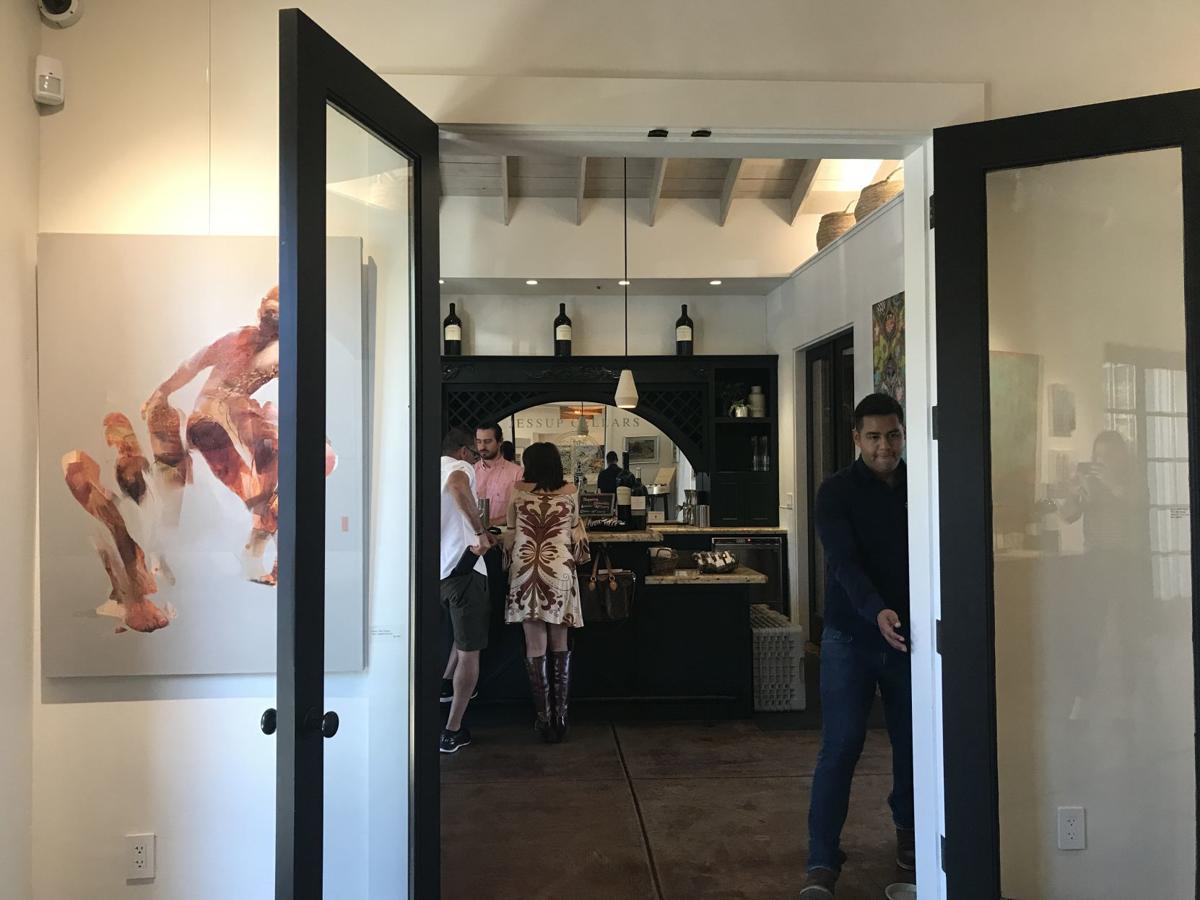 A work by Bay Area artist Daniel Ochoa adorns the walls by the entrance to Jessup Cellars' tasting room in Yountville. 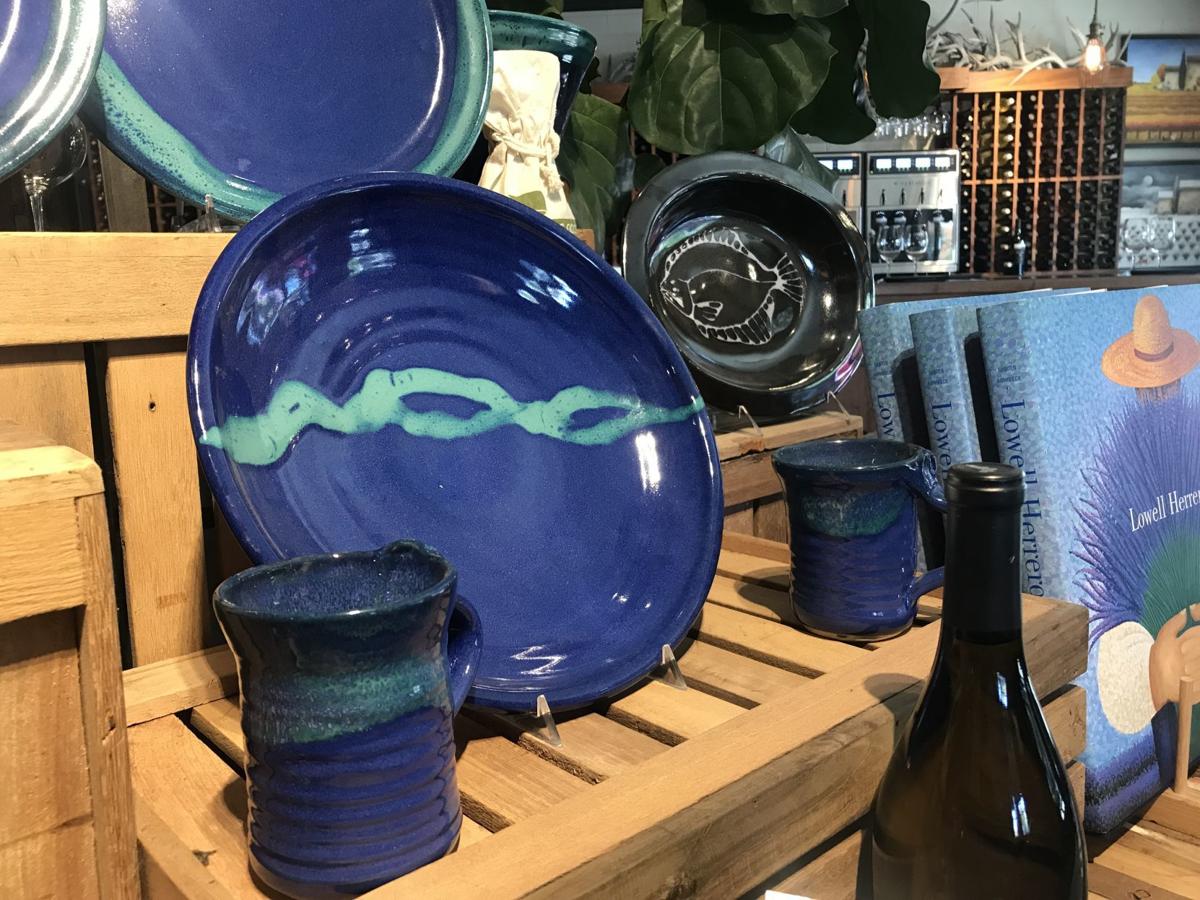 Jean and Drew Vogel, visting from Iowa, stop in for a tasting at Jessup Cellars. The tasting room doubles as an art gallery, featuring work from local and out-of-state artists.

A work by Bay Area artist Daniel Ochoa adorns the walls by the entrance to Jessup Cellars' tasting room in Yountville.

YOUNTVILLE — Yountville’s downtown is flecked with tasting rooms. They sell wine, of course, but also art, antiques, accessories, food and other specialty wares.

If it sounds like a departure from the sip-spot norm, it’s because it is, and purposefully so. When, beginning in the mid-2000s, tasting room after tasting room occupied an increasing portion of Yountville’s commercial real estate, local government and residents alike began to wonder if there was any way to preserve the town’s commercial offerings, according to Town Manager Steve Rogers.

“They were displacing other retail,” Rogers said, noting that many of the storefronts occupied by tasting rooms had previously held antiques stores. “The community’s concern was not wanting (to be) just tasting room after tasting room.”

Acting on community concern and demand, Yountville arrived at an answer: the Retail Diversity Ordinance, which the town council signed into law in 2009. It requires downtown tasting rooms to dedicate a fourth of their available space to “secondary retail”.

Other than to prohibit that retail from being directly wine-related (winery logo merchandise or wine glasses, for example), the ordinance leaves itself up to interpretation, letting business owners decide exactly how it should take shape in their tasting spaces.

Now, more than 10 years since its implementation, the ordinance has unfurled itself through downtown Yountville in a number of different ways. One of the more unique manifestations, according to Rogers, is Beau Vigne, which has a cigar bar.

There’s also Silver Trident Winery, which is decorated with Ralph Lauren furniture, all for sale; Jessup Cellars doubles as an art gallery, even employing a curator. Others, like Stewart Cellars, have dabbled in food service.

In order to meet its merchandise requirement, Stewart rents space to the Napa-based Southside Café, according to co-president James Stewart. It’s a way for the tasting room to retain its compliance with the ordinance, he said, but also a nod to the needs of Yountville’s year round population. He noted that while the tasting room is for the town’s locals and visitors alike, the café often serves a different kind of purpose.

“We wanted the property to give people multiple reasons to stop by,” Stewart said. “Part of that retail requirement is to make sure businesses in Yountville have something for the people who live there.”

Yountville Chamber of Commerce President and CEO Whitney Diver McEvoy believes locals enjoy the retail diversity, but noted that many of the tasting rooms do lean towards merchandise catering to tourists.

“That doesn’t mean you couldn’t find something at (a tasting room) that you’d want to have here in your home in town,” she added.

Jessup gallery curator and resident artist Cynthia Carey has a mix of paintings, including work from North Bay artists like Sonoma County native Daniel Ochoa. The gallery does include work at higher price points, according to General Manager Tracy McArdle. Jessup’s use permit precedes the ordinance, but complies voluntarily, she said.

“We loved the idea of having additional retail because it enhanced the overall experience,” McArdle said. “It adds to the environment and the ambiance. The pieces that are there are meant to enjoy and talk about.”

“We try to redirect our focus towards things that are local, unique and artisanal,” Allison Negrón, direct to consumer manager at Hill, said. “Our goal is not just to sell it to make the sale, it’s to give exposure to some of these artisans.”

The Manfredis own Calistoga Pottery, which has its own storefront in Calistoga. The additional Yountville exposure has made for a symbiotic relationship between the two businesses.

“It’s worked very well for us, because they get a lot of people passing through Hill,” said Jeff Manfredi, adding that tourist traffic runs lighter in Calistoga. He likes the idea of the retail ordinance, he said, but noted the increasingly lean number of Napa-based craftspeople who make art for a living, something he said can’t necessarily be remedied by an agreement like the one Calistoga Pottery has with Hill.

While Rogers acknowledges that the tasting rooms’ primary function is to sell wine, he said the ordinance has preserved some of Yountville’s commercial variety downtown.

“I wouldn’t say people go into Hestan and think ‘kitchenware,’” he said, speaking of Hestan Vineyards, which stocks Italian cookware in its tasting room. “But it has changed the way the street scene works, and the interaction between tasting rooms (and residents). It’s prevented that monotony.”

Allen Balik, The Wine Exchange: Is it only a matter of taste?

One of the shore excursions we enjoyed during the wine-tasting adventure and cruise I hosted on Crystal Serenity in September, was a vist to t…