I’ve likely driven by the Victorian house on a hill, just past Beringer as you head North on Highway 29, hundreds of times. I always wondered what it was, assuming it was a private estate, probably operating as a vacation home for a San Francisco of Silicon Valley family. But then suddenly, I was invited to tour this very house, which quietly opened this month as the new home to longtime Coombsville wine brand Faust Wines.

Sure, it does seem a little odd that Faust, which released its first vintage back in 2002, chose to set up shop in St. Helena, far from the much-cooler Coombsville AVA that sits roughly 20 minutes south. But it also presents an opportunity to educate Napa Valley visitors about the lesser-known, less-visited, yet up-and-coming sub-region that’s making waves with a different style of Cabernet that’s elegant and intense with a unique minerality.

“It was just the perfect place. We’ve never had a home for Faust which is why this is so exciting,” said Jen Beloz, Faust Estate director. “It’s one of the best-selling Napa brands, but to be able to have a home where we can actually tell our story, tell the story of these small estate wines and really showcase Coombsville is something I’ve been looking forward to for years.”

After climbing the stairs to the house, which run past the 1800s stone terraces that were built by hand for the original plantings, it was immediately apparent that this wasn’t just another wine tasting room. For starters, the viewpoint is different from the countless others I’ve enjoyed in Napa Valley, overlooking Highway 29 and across the valley to Howell Mountain, where I could almost make out my house, perched above the hospital.

“The thing we found so enchanting about this property when we walked into it was the ability to sit outside,” Beloz said, leading me to a private seating area consisting of modish, green furniture that blended in with the surrounding gardens. We were high enough up that I couldn’t hear the traffic and while this is the kind of spot where I could imagine myself losing track of a sunny afternoon, it’s the interior of the Faust Haus that makes it worthy of a feature in Architectural Digest.

The centerpiece of the front porch is an electric blue swing that pops against the dark exterior. It’s the first sign of a departure from tradition at this historic building, built in 1878. (In case you’re wondering, yes, there is evidence that it’s haunted by “friendly” ghosts). Purchased by Faust in 2016, the team spent the past four years restoring and transforming it, in partnership with architect Aidlin Darling, the same creative mind behind the Scribe Winery Hacienda.

“We wanted to honor the bones,” said Beloz, explaining that the vision was to merge the past with the present. “I like the juxtaposition of very historical tradition with modern because I think it’s what we do a little bit with Coombsville cabernet. Faust is a modern classic, a modern take on Cabernet Sauvignon, and I believe someday Coombsville will be known as one of the best AVAs in Napa Valley.”

There are three rooms inside for private tastings, each featuring a completely different design and theme. As you enter on the right, there’s The Study, a small, red-walled enclave featuring leather furnishings and a 1960s Jean Lurcat tapestry of a goat. To the left is, my personal favorite, The Library. Down the center is a long and narrow table — just like one you might find at the country’s most historic libraries — with more of the electric blue accents in the chairs and table lamps.

Hanging on the walls of the library are what look like old-fashioned photographs, but they’re actually modern images of the Coombsville Estate and portraits of the vineyard team, created by fine art photographer Lindsay Ross, using collodion photography, the art of capturing images directly onto large glass plates.

Against another wall is a display case with more photos and a collection of rocks, flora and fauna from the vineyard. “One of the things that make the wines that come through the Coombsville AVA so distinct is the minerality of the volcanic soils,” said Conner Burns, Faust director of Guest Services.

Yet the most unexpected and show-stopping detail of the house is the first thing you see upon walking through the door: a hand-drawn black and white mural painted behind the staircase. The bottom half is black; the top half white. Paris-based artist Roberto Ruspoli drew a dramatic entanglement of Romanesque figures throughout it, putting a modern spin on ancient fresco techniques.

“It’s depicting some backstory of the opera that is Faust,” said Burns. “It’s an interplay between light and dark. The pursuit of passion. An obsession for craftsmanship.”

“There’s a play of light and dark throughout the property,” Beloz points out. “It’s dark downstairs and transcends up to light upstairs.”

Soon enough, I found this to be true. As I ascended the staircase to the second floor, there was an abrupt shift, as if I was rising up into the heavens. The top floor is stark white, minimalist and sun-filled with high ceilings. It traded out rich, dark tones and color downstairs for just a few light, neutral brown furnishings.

Once back outside, I discovered a peaceful courtyard and more outdoor seating among 100-year-old olive trees on my way to “a surprise” Beloz had for me. Once down a few more steps, I found myself inside a stone pre-Prohibition wine cellar, rumored to have once been a brothel. Today, it takes the form of a chill wine lounge with a record player, a place I wouldn’t mind riding out the 2020 apocalypse in.

“We wanted to remove the pretense,” said Beloz, concluding our tour. “People can make their own experience here. There’s a spirit of exploration and discovery and you can have a new experience each time you come.”

To book a tasting at the Faust Haus, visit the website, faustwines.com/.

Watch now: The weirdest items unclaimed baggage has ever processed.

Watch Now: The weirdest items unclaimed baggage has ever processed

A road rally in wine country raises the bar on experiences

Drivers of old and rarely driven carts converged on wine country for the first U.S. road rally through wine country.

These days, a simple trip to Sonoma County can feel like a big adventure. Here are two new wineries to explore.

One of Napa's most famous wineries is bringing back that retro tradition - table wine in a jug.

Wine in the great outdoors: Cabana tastings are good match for the times

If you’ve been dreaming of sipping a fruity drink from poolside in a faraway place, a handful of wineries have the next best thing: private cabanas.

One of Napa's most famous wineries is bringing back that retro tradition - table wine in a jug.

An afternoon with the online Truffle Shuffle cooking class included cocktails, the Macarena, and a truffled lobster roll. 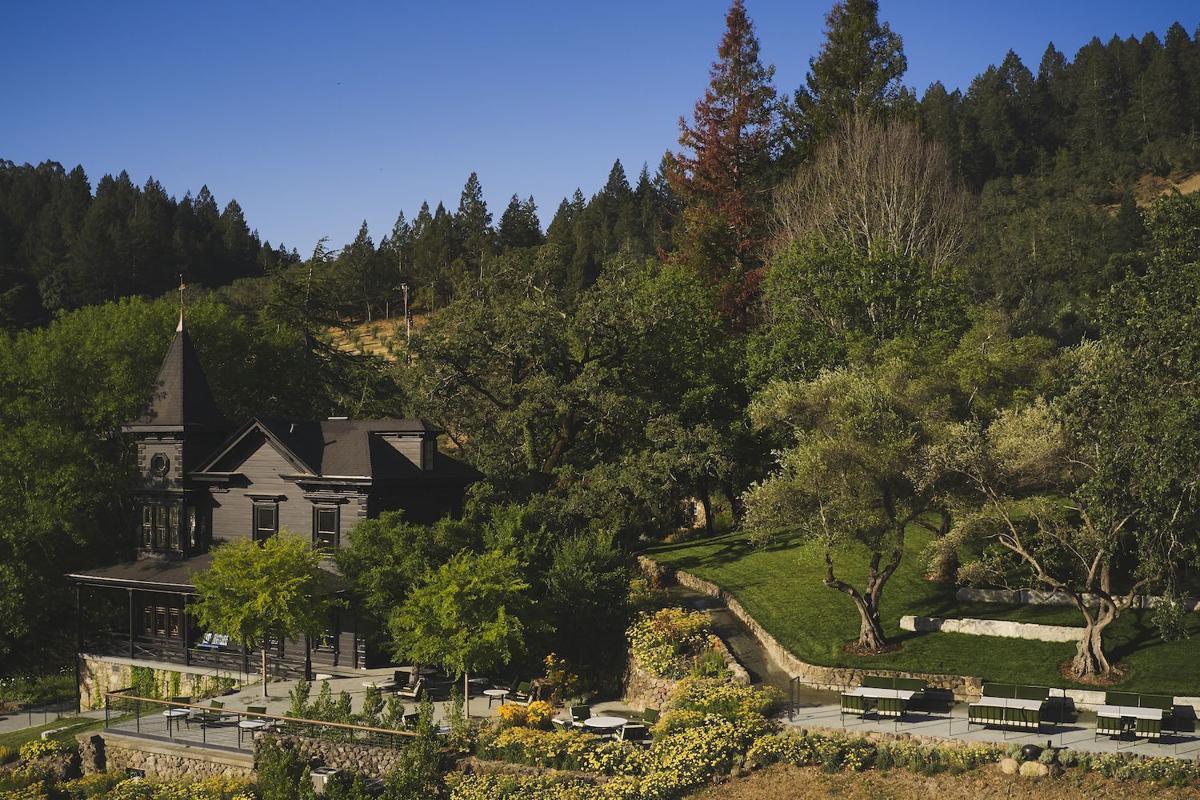 Located in St. Helena, this former farmhouse and Prohibition Era cellar is now the tasting room for Faust wines. 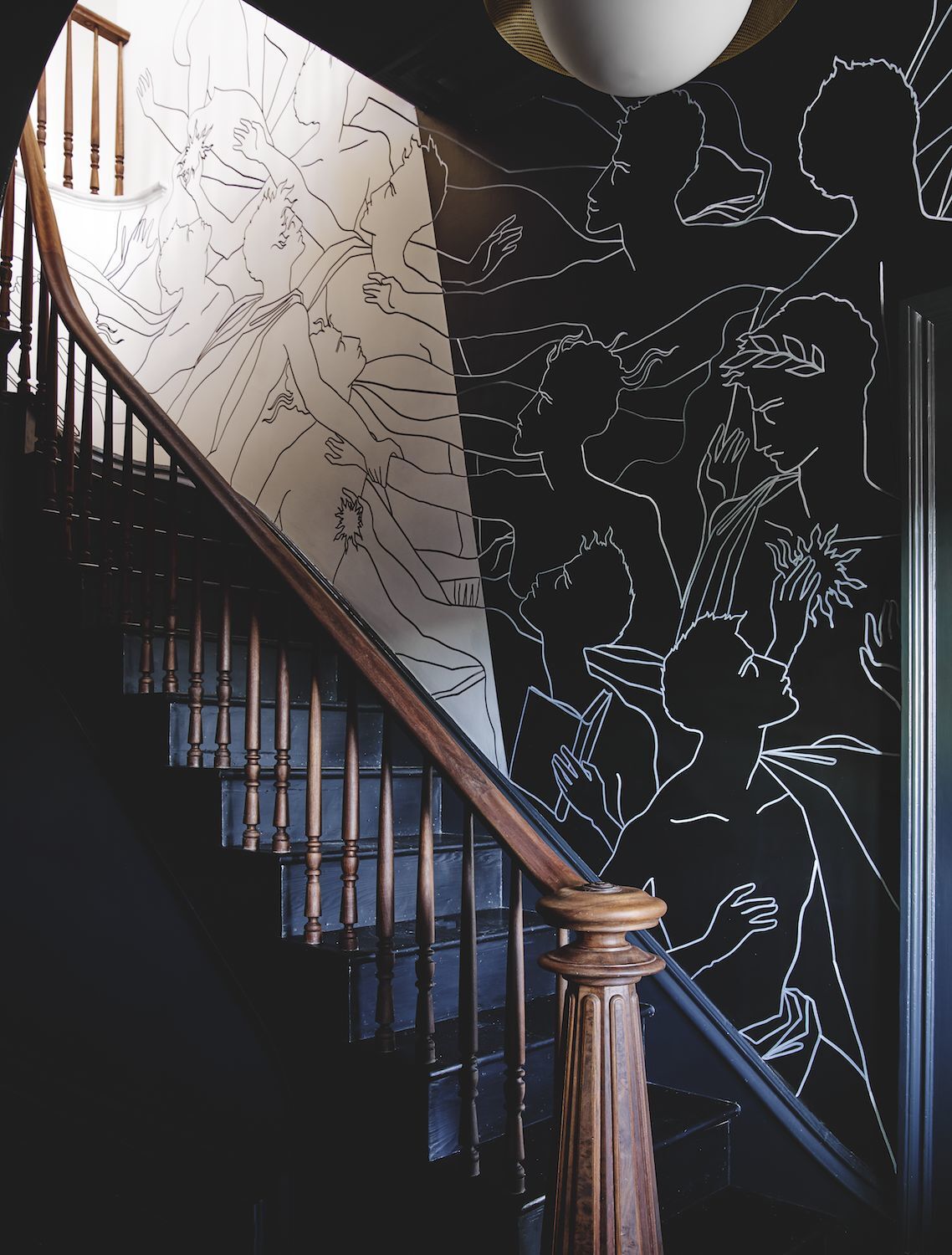 The staircase inside the Faust tasting room. 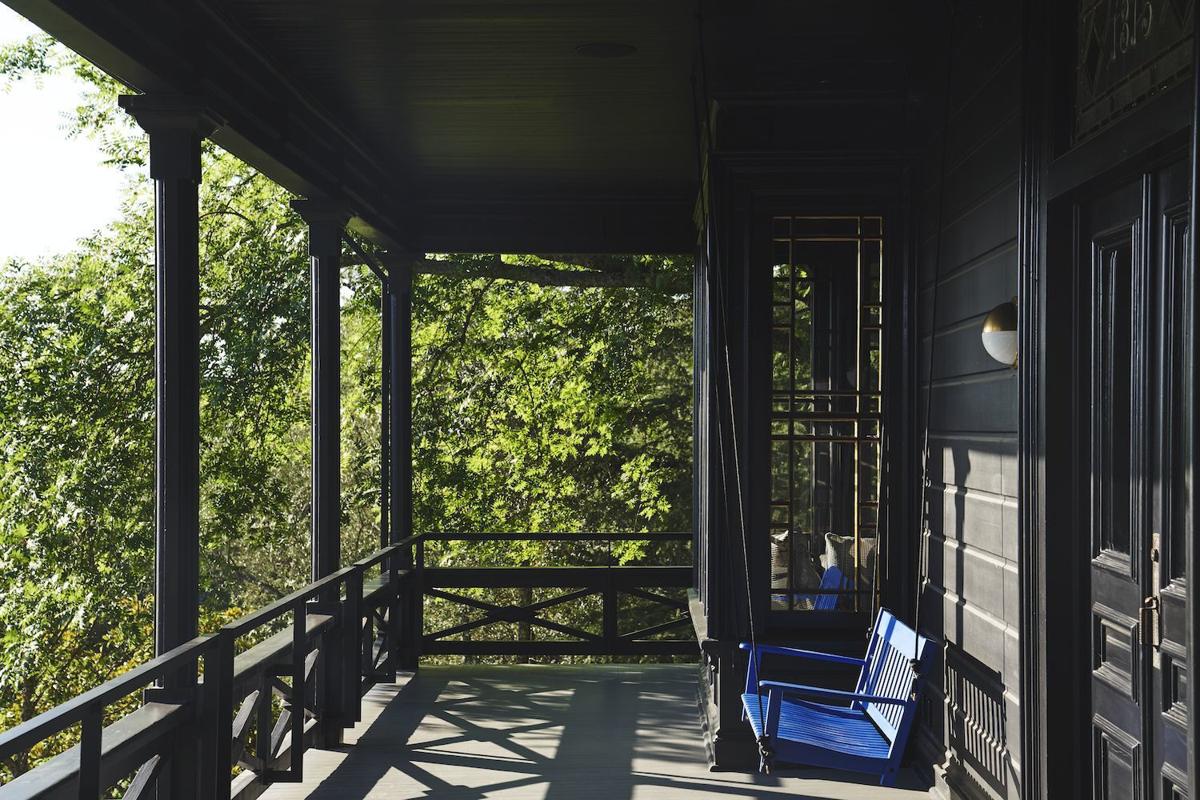 An electric blue swing on the front porch of the Faust tasting room. 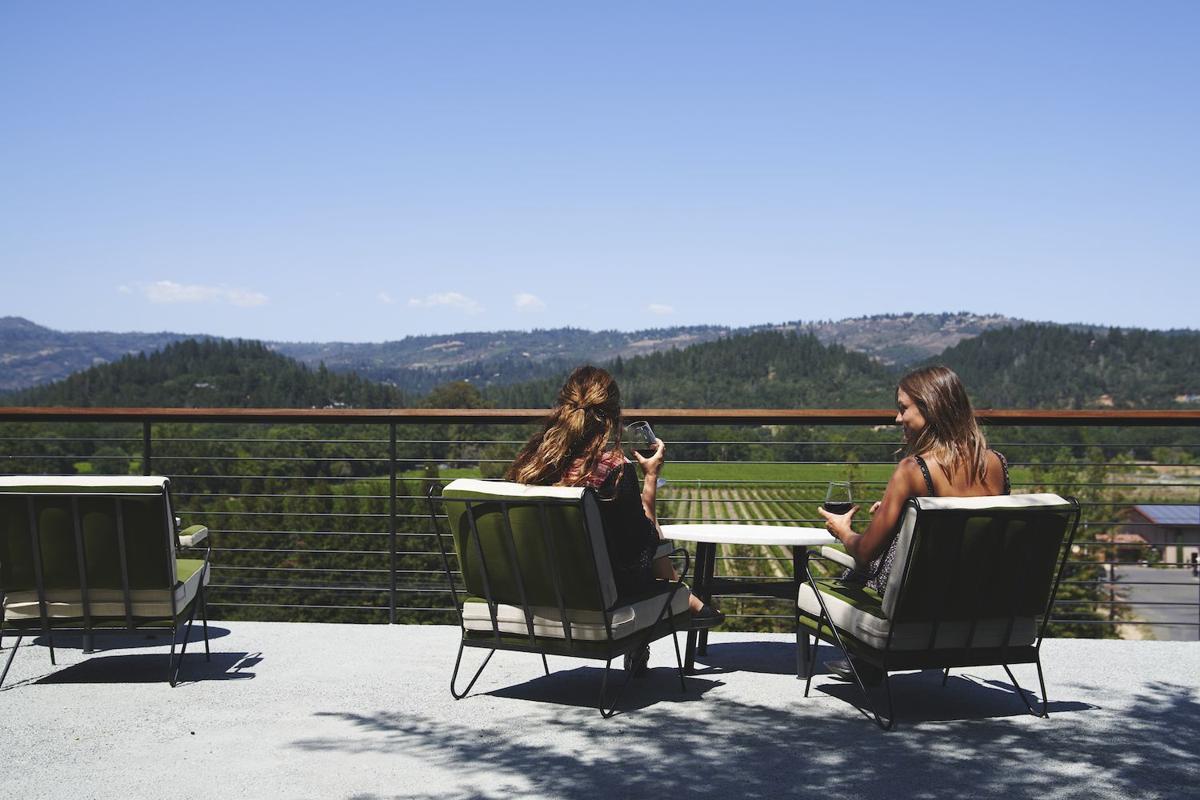 An outdoor deck offers views east across the valley. 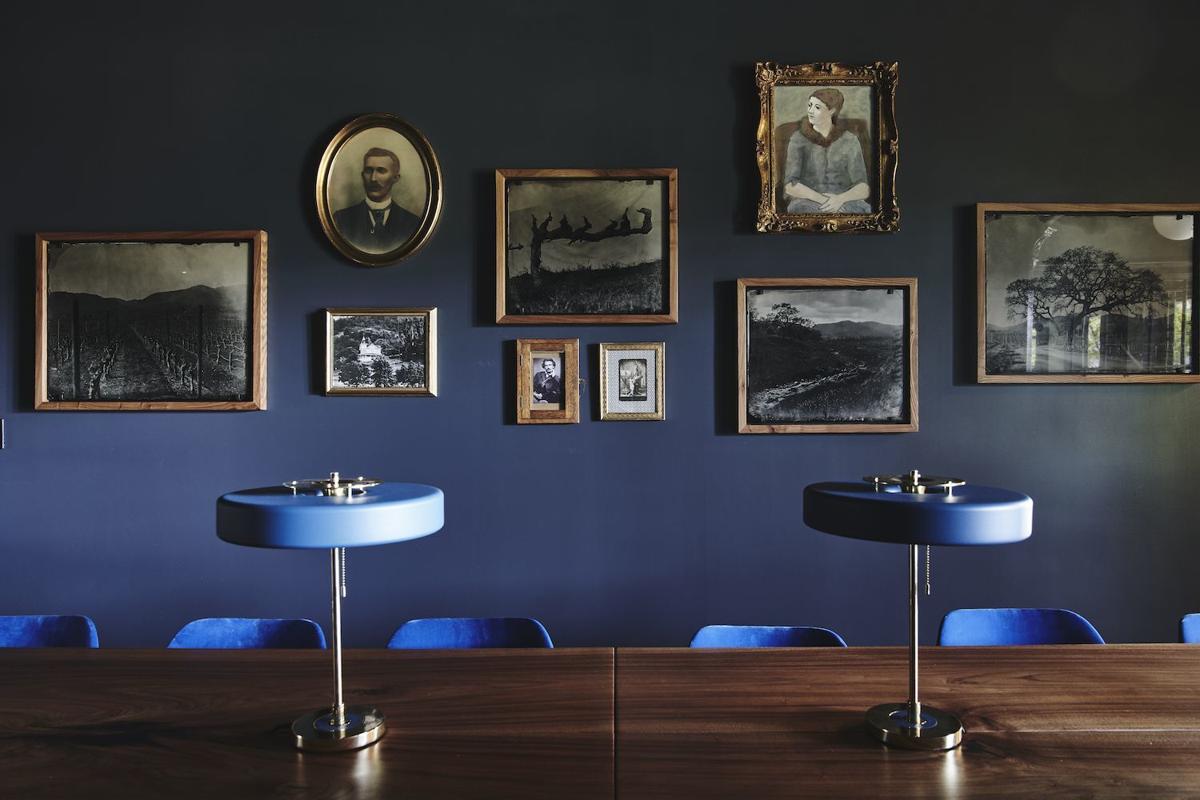