What do you think of when you think about Arizona? The Grand Canyon, a barren landscape, the desert, and hot, dry weather come to mind. But does wine production? When it comes to emerging wine regions, we are usually talking about a small sub-AVA in California or Oregon. But what about Arizona?

Arizona may come as a surprise as an emerging wine-producing area, but wine writer Jessica Dupuy, who has just published a book titled “The Wines of Southwest U.S.A. — A Guide to New Mexico, Texas, Arizona, and Colorado” says that each of these regions has “evolved, with compelling stories and promising wine industries of their own” — and there is potential for great wine.

There is definitely interest; according to Dupuy’s book, the Arizona wine industry grew by 1,940 percent between 2003 and 2017. No, that is not an accidental zero.

Wine production is not new in Arizona. A document that dates back to 1703 mentions that a Jesuit missionary first planted grapes in the Tucson area. And, when the silver and gold prospectors came to Arizona in the 1850s, so did the planting of vineyards.

Wine grapes in the town of Mesa were documented in 1872, and Daniel and Samuel Bagley opened the first commercial winery in the 1880s. Then Prohibition began in 1933, halting production.

Arizona’s modern wine industry began in the 1970s. Dr. Gordon Dutt, a soil scientist at the University of Arizona began to experiment with growing grapes and joined horticulturist Eugene Mielke to study the potential of grape growing in the Southwest. The study, released in 1980, noted that the valleys and plains of Southeastern Arizona with high elevations were viable for grapes. As a result, Dutt launched Viña Sonoita, Arizona’s first modern commercial wine vineyard.

In the years since, many others have been drawn to make wine in Arizona. In 1984, Arizona became the first state in the Southwest to establish an American Viticulture Area with Sonoita AVA. Today, there are three primary growing regions in Arizona, two of which are official AVAs. There are more than 1,200 acres of wine grapes planted and more than 115 wineries in Arizona.

Sonoita AVA, located one hour southeast of Tucson, is an area with rolling hills, oak trees and grassland, a landscape Dupuy likens to Alentejo, Tuscany, or Paso Robles. The region sits at elevations between 2,500 and 5,000 feet and the soils are iron-rich reddish soils. Wines coming from Sonoita tend to be dense and structured and need time in bottle.

One of the first wineries established in Sonoita is Callaghan Vineyards, started in 1990 by Kent Callaghan and his parents Harold and Karen. Kent was just out of college when he started working with his father, and today they have 25 acres. Their first vintage was in 1991 and today they are producing an average of 2,000 cases annually. Sonoita has growing degrees similar to the east side of Paso, and the same varieties such as Graciano, Mourvedre, and Grenache grow here.

The Callaghan Vineyards Claire’s 2017 red wine from Sonoita is a red blend of 65 percent Mourvedre, 25 percent Graciano and 10 percent Petit Verdot with medium-bodied with fruit and spice notes, soft tannins and lingering acidity.

In 1995, Kent Callaghan partnered with Al Buhl, a native of Staten Island who is one of the most influential grape growers in the state, and others to create Dos Cabezas WineWorks. Todd Bostock joined Dos Cabezas in 2002 as assistant winemaker and by 2006 he took over all operations.

Dos Cabezas also has 37 acres planted in the Willcox AVA, which was established in 2016. It is an arid and dusty region located east of Sonoita, near the southeastern part of the state.

Grapes have been grown here for a while and Willcox produces 70 percent of Arizona’s grape production. The soils are primarily loamy soils made up of sand, silt and clay. The vineyards mostly sit at elevations of 4,000 and 5,500 feet, and the area can experience a diurnal shift of 50 degrees. The wines from Willcox offer a sexy, upfront appeal and are ready to drink.

Dos Cabezas’ Cimarron Vineyard was originally planted in 2005 by Oregon winemaker Dick Erath. Sitting at 4,300 feet elevation, there are more than two dozen varieties planted, including the ones planted at Pronghorn as well as Barbera, Sangiovese, Cabernet Franc, Counoise, Albarino, Riesling, Muscat, and more.

The Dos Cabezas El Norte 2015 comes from the Cimarron Vineyard. It is a blend of 28 percent Grenache, 28 percent Syrah, 20 percent Mourvedre, nine percent Counoise, nine percent Graciano, and six percent Sirah. The grapes are picked early in the morning and fermented together in concrete tanks, resulting in a wine that is lush on the palate.

The third main growing area in Arizona is the Verde Valley, located two hours north of Phoenix near Sedona. High elevations of 3,500 to 5,000 feet, well-draining soils, and water sourced from the Verde River. The Verde Valley is not yet an official AVA but has attracted winemakers.

The Merkin Vineyards Janes Pink 2019 is a rosé of Monastrell. The fruit comes from the Buhl Memorial Vineyard in Willcox, which sits at 4,300 feet elevation. The wine has strawberry and wild berry notes and a full mouthfeel that finishes with juicy acidity.

The Caduceus 2017 Velvet Slippers Club Mourvedre is also from the Buhl Vineyard in Willcox. The wine has notes of dark red berries, bramble, and dust and has a brightness on the palate with fresh acidity and smooth tannins.

Chateau Tumbleweed was also established in the Verde Valley. Co-founder Joe Bechard did not know there was a wine industry in Arizona when he came to the state in 2004. Working as a newspaper reporter, he learned about the Verde Valley, quit his job and started working in wine in 2005. Joe and his friends launched Chateau Tumbleweed in 2011, and today they source 20 different varieties from 12 vineyards, primarily in Willcox.

The Chateau Tumbleweed 2018 Cimarron Vineyard Mourvedre is a single variety wine. Racked twice, the wine is filtered but not fined. The wine has a pretty nose of fruit and floral notes, and earthy notes come through on the palate. The wine has soft drying tannins and has a juicy finish.

Note: This item has been modified to correct the name of the owner of Caduceus Cellars.

WATCH NOW: BOTTLES OF WINE RETURN TO EARTH AFTER A YEAR IN SPACE

CATCH UP ON THE LATEST NAPA COUNTY CORONAVIRUS NEWS

Catch up on the latest Napa County coronavirus news

Napa County offers an analysis of the county’s 57 COVID deaths since the first fatality was reported in March.

Eligible for a vaccine in Napa County? Here's why you haven't been able to get your COVID shot

Intermittent vaccine availability in Napa County means eligible residents are left waiting — a situation frustrating much of the eligible population.

Allison Levine is owner of Please The Palate, a marketing and event-planning agency. A freelance writer, she contributes to numerous publications while eating and drinking her way around the world. Allison is also the host of the wine podcast Wine Soundtrack USA and a co-host of Crush On This videos on YouTube. Contact her at allison@pleasethepalate.com. 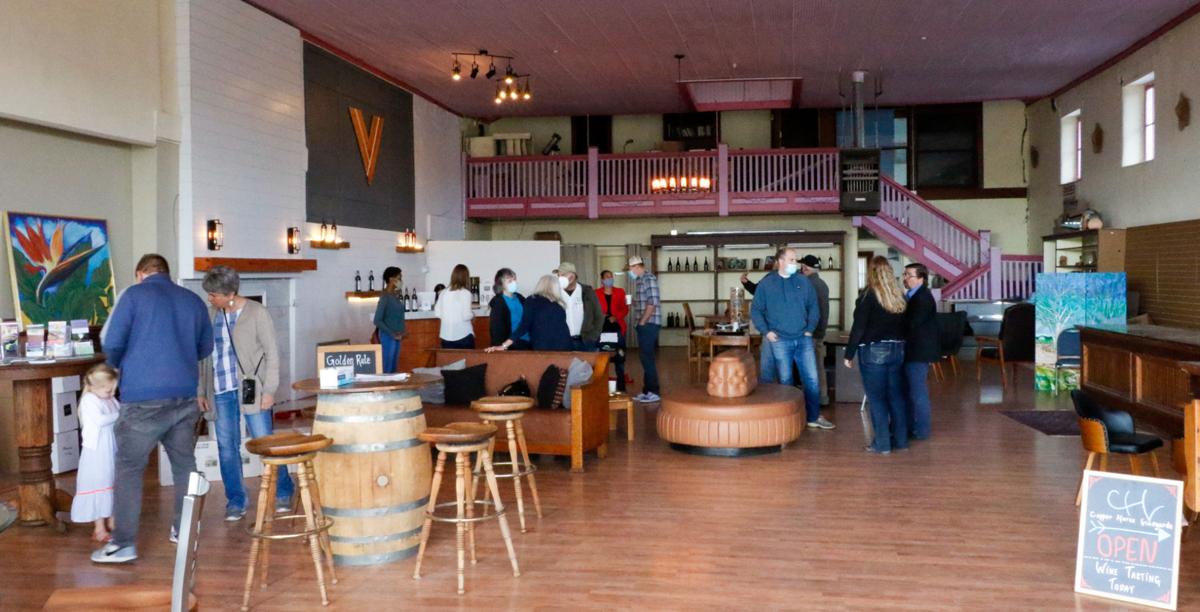 Customers interact and walk around, exploring art and different wine tasting areas inside of the Willcox Commercial Building tasting rooms in Wilcox, Arizona. 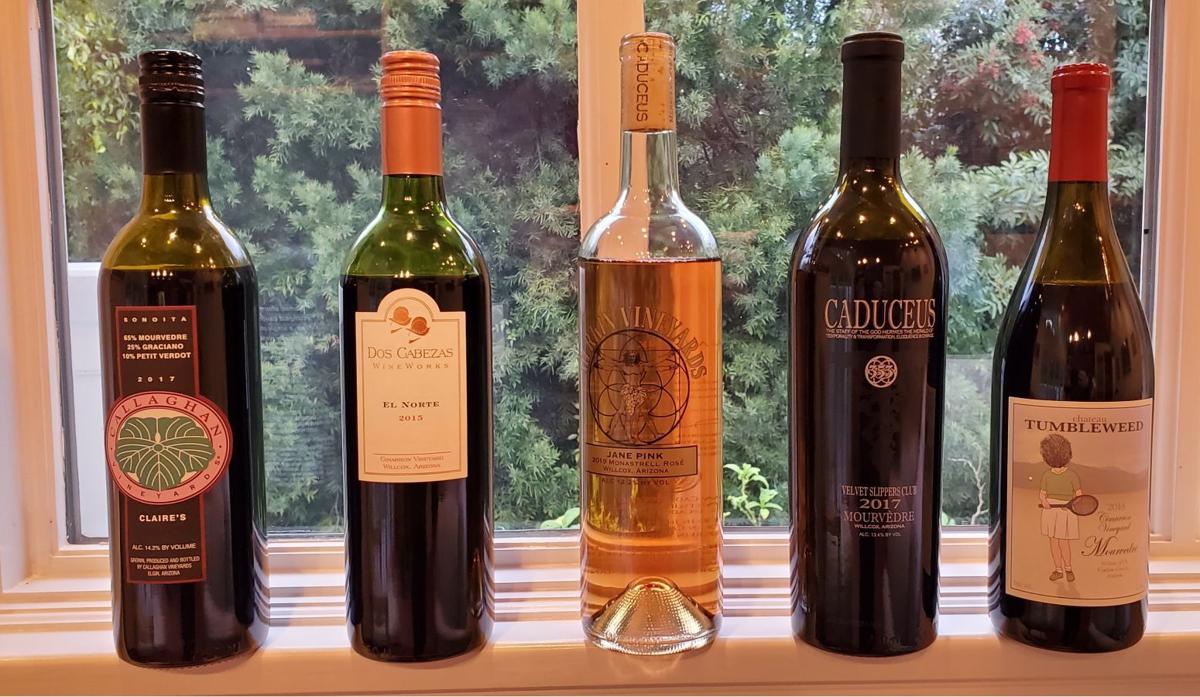 A sample of wines being produced in Arizona's emerging wine regions.