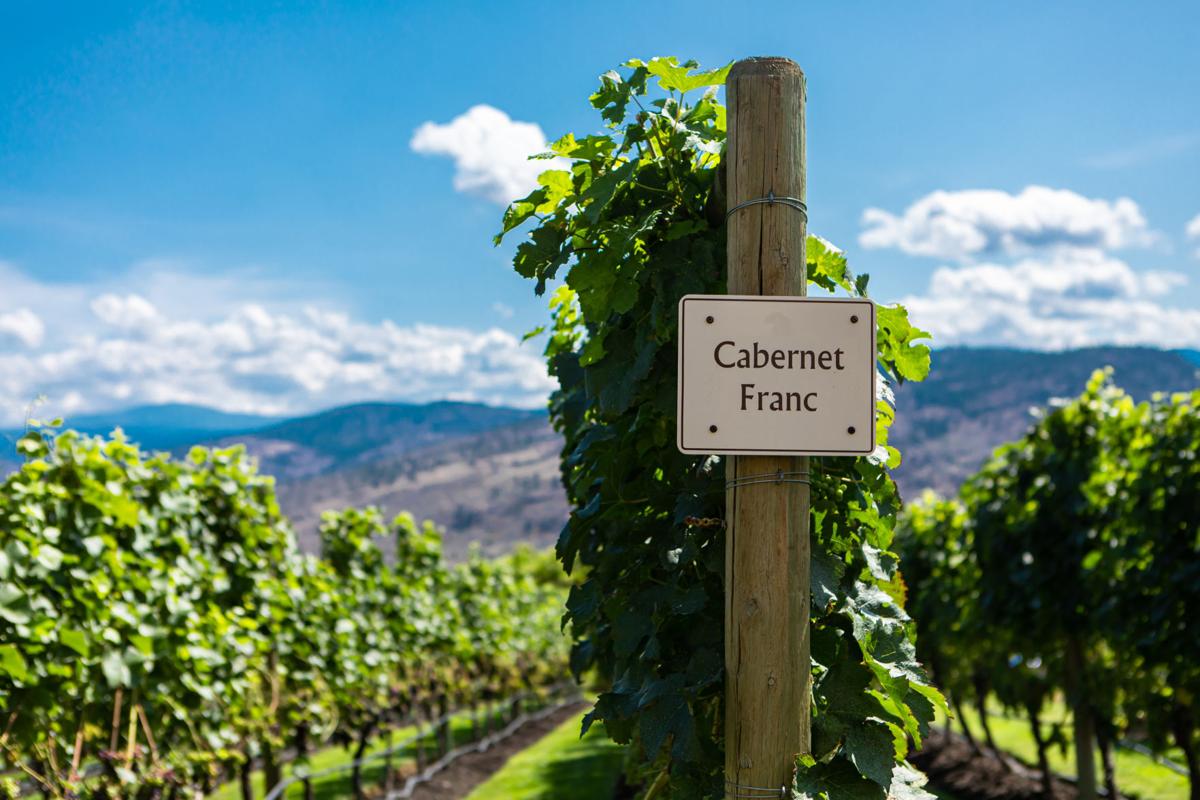 Although often considered a blending grape, and far less widely planted in California than its scion, Cabernet Sauvignon, Cab Franc, increasingly, is being bottled on its own. 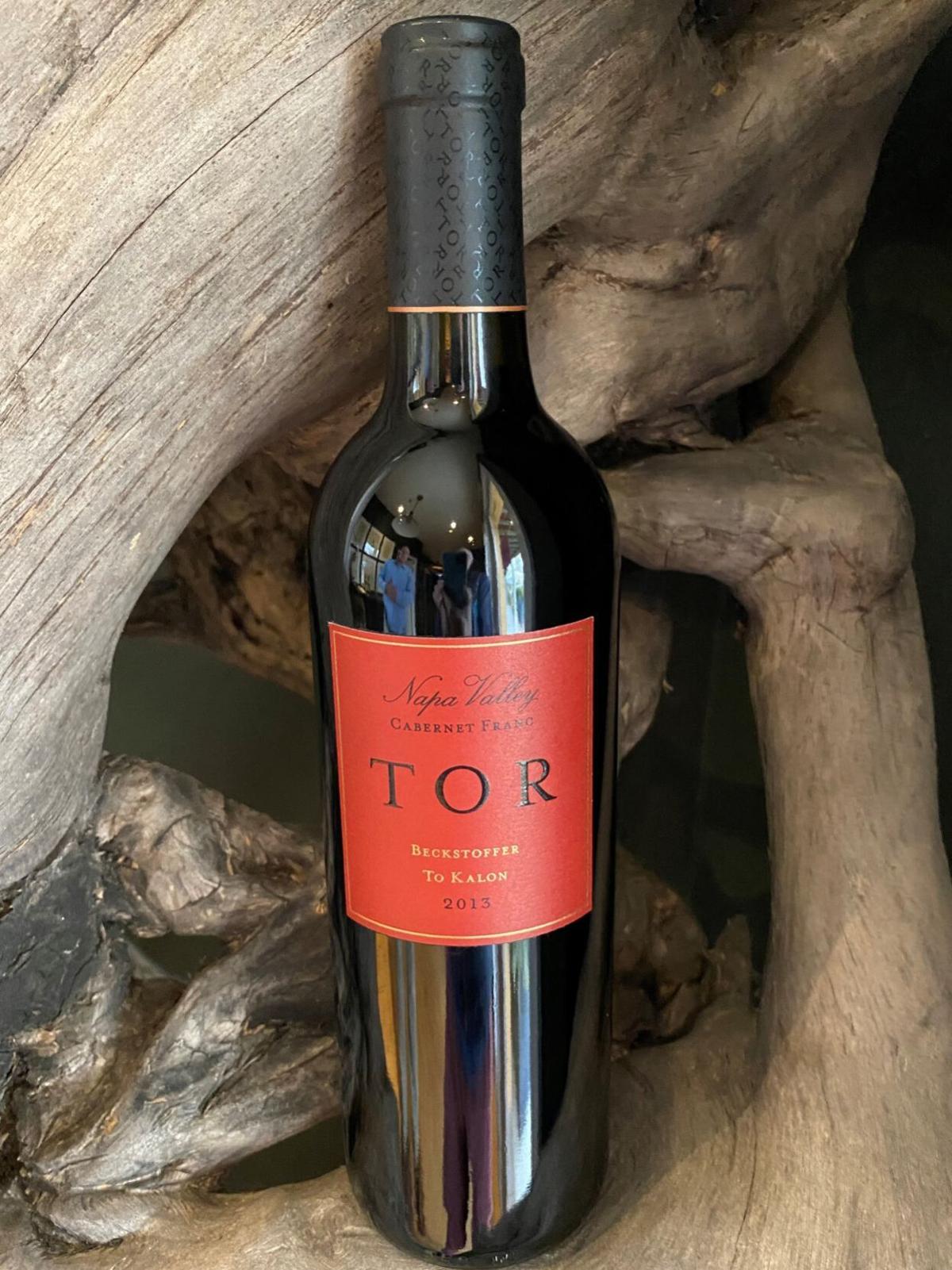 Although primarily known from the Right Bank region of Bordeaux the Cabernet Franc wine grape originated in the Basque region of Spain, then emigrated over the Pyrenees to France.

A lovely blending grape, it provides acidity, minerality, tartness and color to Bordeaux-styled wines. Yet it’s scion, Cabernet Sauvignon, is vastly more popular around the world. Until relatively recently, wines from Cabernet Franc grapes were not commonly produced on their own.

According to the latest statistics from the California Grape Acreage Report in conjunction with the USDA’s National Agricultural Statistics Service (April 20, 2021), Cabernet Franc grapes still constitute a very small amount of overall wine grapes grown in the Golden State. With 3,426 planted acres of Cabernet Franc, (by comparison, there are more than 94,000 planted acres of Cabernet Sauvignon) this amount is lower than most popular red wine grapes and even a little less than the 3,583 total acres of Petit Verdot grown in California.

“Cabernet Franc is always a pleasure to make and blend with our other Bordeaux varieties from our Pritchard Hill estate," said Phillip Corallo-Titus, winemaker at Chappellet. "Elegant in aromas, flavors, and structure, our Cabernet Franc drinks very well in its youth and also dazzles after 8 to 10 years of bottle age.”

Here in Napa County, winemakers know that Cab Franc fruit adds quite a lot to their big, bold red wines. As in Bordeaux, the relatively high amount of acreage devoted to Cab Franc grown in Napa County (1,197 acres) attests to its desirable qualities in producing beautiful and valuable Bordeaux-type wines.

“Throughout the history of the Napa Valley, Cabernet Franc has most often been considered to be merely a blending varietal," said Luc Morlet, winemaker and co-founder of Morlet Family Vineyards. "Yet, when grown in an excellent site, with the appropriate proportion of pierrosity and clay within the loamy series of soil, Cabernet Franc can shine, not only by its completeness but above all for its complexity, grace, and age-worthiness.”

Slowly but surely, Cabernet Franc is taking root. “I have seen the quality of Cabernet Franc wines improve over the last few years and we have seen more entries,” said Bob Fraser, executive director of the San Francisco Chronicle Wine Competition.

But what about that green pepper?

One off-putting quality has dogged the enjoyment of Cabernet Franc - its “vegetal” or green pepper characteristic. This is due to the existence of pyrazines (technically methoxypyrazines) that can come out in this grape. It can affect the wine with aromas of mushy cabbage, canned asparagus or sadly, green pepper. These flavors are not technically wine faults, just a nature of the beast, but still - not pleasurable.

Mark Davis, winemaker for O’Brien Estate told me, “I’d say generally there are pyrazines because Cab Franc is typically later than Cabernet Sauvignon in ripening and can be a little variable in the vineyard as well. Obviously, if you pick before pyrazines have a chance to break down, then the wine will have them as well. An open canopy will allow more sunlight and ultraviolet light to allow for the breakdown of pyrazines.”

Throughout the last few months, I’ve tasted scores of Cabernet Franc wines from California, other states, and some international wines as well. All were varietally labeled as Cabernet Franc, not blends or proprietary names.

Most of the wines sampled were current releases but some were older vintages. The overall quality of these wines was high, and the typical “green” Cab Franc characteristics were in the minority, though some peppery notes sneaked through.

It seems that by and large winemakers are making a concerted effort to extend the ripening of Cabernet Franc grapes, to lessen or extinguish those truculent pyrazines. I’m very pleased with this development since if I have to taste green pepper, it’s preferable in a garden salad, and not in red wine.

One other item of note, due to the aromatic complexity of Cabernet Franc wines, I suggest letting them breathe for a good half hour or so, if possible, prior to consumption.

“Washington Cabernet Franc is delicious and one of my favorite varietals in the State, but it is a bit like that rebellious teenager who turns out great - a lot of work at the time, but when all is said and done you love it for some of those same qualities: rugged independence and distinct character,” said David O’Reilly, founder, and winemaker of the Owen Roe Winery in Yakima Valley.

As I tasted through Cab Francs, I  was impressed by many, but a few stood as clear winners. TOR Beckstoffer To Kalon Cabernet Franc (Oakville, $160) was my favorite. Wow, what a stunner. Big, multifaceted, and evocative, hints of spice, deep dark fruit and a little bit of smoke, this wine will surely please the most discriminating of palates.

Four Lanterns (Paso Robles $48) — Delicious, offering notes of violets in the nose and deep cherry on the palate;

These four were all fabulous Cabernet Franc wines.

Among the rest, I can heartily endorse these other fine Cabernet Francs wines on the market. This list is presented in alphabetical and no other order.

“Once the Rodney Dangerfield of the Cinq Cepages group, it has emerged as a clear Clark Gable. Tall, dark, and handsome on its own or with Cabernet Sauvignon in particular,” said Tor Kenward, owner proprietor of Tor Wines. "Less commonplace on the market, the best Cab Francs are always elegant and pair well with food."

For the most part, purchasing a good Cabernet Franc will provide a luscious, and sophisticated Bordeaux-style wine, at a lower cost than a comparable Cabernet Sauvignon.

“Once the Rodney Dangerfield of the Cinq Cepages group, (Cab Franc) has emerged as a clear Clark Gable. Tall, dark, and handsome on its own."

Allen Balik, The Wine Exchange: Challenges and rewards of Vintage 2021

Allen Balik looks at the 2021 harvest, checking in with winemakers in California and Europe.

Let's Merlot: It's the ninth year for #MerlotMe

The Duckhorn family deserves kudos for ingeniously resurrecting the much-maligned Merlot when they launched #MerlotMe in 2013, a movement supp…

Napa Valley harvest report: 'The finish line is in sight'

The 2021 grape harvest is in its final weeks as growers bring in Cabernet Sauvignon.

Although often considered a blending grape, and far less widely planted in California than its scion, Cabernet Sauvignon, Cab Franc, increasingly, is being bottled on its own.