The Lodi American Viticultural Area (AVA) is nestled between San Francisco and the Sierra Nevada in the northernmost part of the Central Valley. Its Mediterranean climate with warm days moderated by Delta breezes and cool nights has proven over many decades as ideal for growing an impressive array of world-class wine grapes. Lodi is often referred to as the “Zinfandel Capital of the World” and no doubt rightly deserves that title. It is the leading varietal of the AVA, and Lodi produces nearly 40 percent of California’s Zinfandel.

But, with more than 100,000 vineyard acres and more than 100 varietals planted, Lodi is so much more. It is by most accounts considered the country’s largest AVA in planted acreage that compares to Napa’s 43,000 and Sonoma’s 60,000. Lodi is a virtual tapestry of soil types, exposures and elevations creating countless specific microclimates suited to a multitude of grapegrowing options extending far beyond the Old Vine Zinfandels it’s best known for.

And speaking of old vines, much of Lodi’s Old Vine Zinfandel dates to the 1880s and is planted on native rootstock in the sandy soils near the banks of the Mokelumne River surrounding the town of Lodi. While growers in the area must deal with nematodes and other pests, Phylloxera is virtually unknown in sand so the native rootstocks and disease-resistant Zinfandel vines have persevered for more than a century.

While yields are extremely low, the optimal quality of fruit makes the continued farming of these historic vineyards a mission of love.

In 1850, Captain Charles Weber (Stockton’s founder) was the first in Lodi to plant vineyards located around his home. A few years later, George West traveled from Massachusetts to mine gold, but after seeing the beauty of Weber’s vineyard, he purchased cuttings to plant the first major vineyards in what is now Lodi’s southern edge.

The hardy Tokay grape of Algerian origin became a standard in Lodi (along with Zinfandel) where it mysteriously took on a flame-red tinge and became known as Flame Tokay. It gained popularity as a table grape and was later vinified for the production of then popular sweet and fortified wines.

During Prohibition, many growers fearing the future of wine, pulled their vines and converted the land to other crops. But for those who stuck to wine grapegrowing, Prohibition turned into an unexpected boon. Flame Tokay and Zinfandel both traveled well by rail and became a valuable revenue source with sales to home winemakers across the country, while preserving the Old Vine Zinfandel vineyards for future generations.

In the mid-20th century, America’s taste for sweet and fortified wines began to fade as dry table wines became far more popular and Lodi growers embraced this trend. They explored new growing areas and increased their plantings with many additional varietals while expanding their markets beyond the “home turf “to wineries situated in other Northern California wine-producing areas and beyond.

Lodi was granted its AVA status in 1986 when there were just 39,000 planted acres and 15 wineries. Today, Lodi has seven sub-AVAs, more than 80 wineries, 750 growers and is home to more than 100 varietals with most having European roots in France, Italy, Spain, Portugal and elsewhere. Well-known grapes not normally associated with Lodi such as Chardonnay, Cabernet, Merlot, Pinot Noir, Sauvignon Blanc, Riesling, Verdelho, Sangiovese, Tempranillo and dozens more have found a home in Lodi thanks to progressive and committed growers taking advantage of the broad diversity of microclimates and soil types present throughout the AVA.

Bruce Fry represents the 5th generation of his farming family whose growing history began in 1855 and moved to Lodi in 1965. Bruce is Vice President of Operations for Mohr-Fry Ranches—considered one of Lodi’s most prestigious vineyards—located in the sandy soils of the Mokelumne River AVA. The Fry family farms 600 acres of wine grapes representing 12 varietals of European origin, including Old Vine Zinfandel , their largest planted varietal ( 20 percent of the total), with many vines dating to 1901, the balance from the 1940s and all on their native rootstock.

Bruce and his father, Jerry, sell their grapes to about 20 different wineries in Lodi and other areas of Northern California, Oregon and Washington with most featuring a Mohr-Fry vineyard designation on the label. They are ardent stewards of the land and original proponents of the Lodi Rules Sustainable Winegrowing Program initiated in 2005.

Lodi Rules is California’s first third party-certified sustainable wine grape-growing program and among the most rigorous in the country. Annual certification is based on each grower’s continuing adoption of specific farming practices that benefit the environment, community and local economy.

For Bruce and his family, “Lodi Rules is a natural fit with our focus set on being the highest quality, premier grower and supplier of sustainable wine grapes in Lodi.” Given the family’s total commitment to excellence in all aspects of grape growing, coupled with the unique character of their vineyard, the Frys exemplify the best attributes of their Lodi heritage and are a treasure-trove of pristine fruit for their winemaking clients.

Napa-based Mitch Cosentino has been sourcing fruit from Lodi for more than 20 years of his exceptional four decade wine-making career. He now also serves as consulting winemaker for Lodi’s Scotto Family Cellars dealing with a broad range of varietals and vineyards throughout the area.

Mitch sums it up by saying, “I most appreciate Lodi’s ‘breadbasket’ of varietal choice from an area where the confluence of a Mediterranean climate works hand-in-hand with passionate growers and an abundance of microclimates to create its own unique personality.”

Share your experiences with other readers by commenting on this article with an email to me at allenbalik@savorlifethroughwine.com. 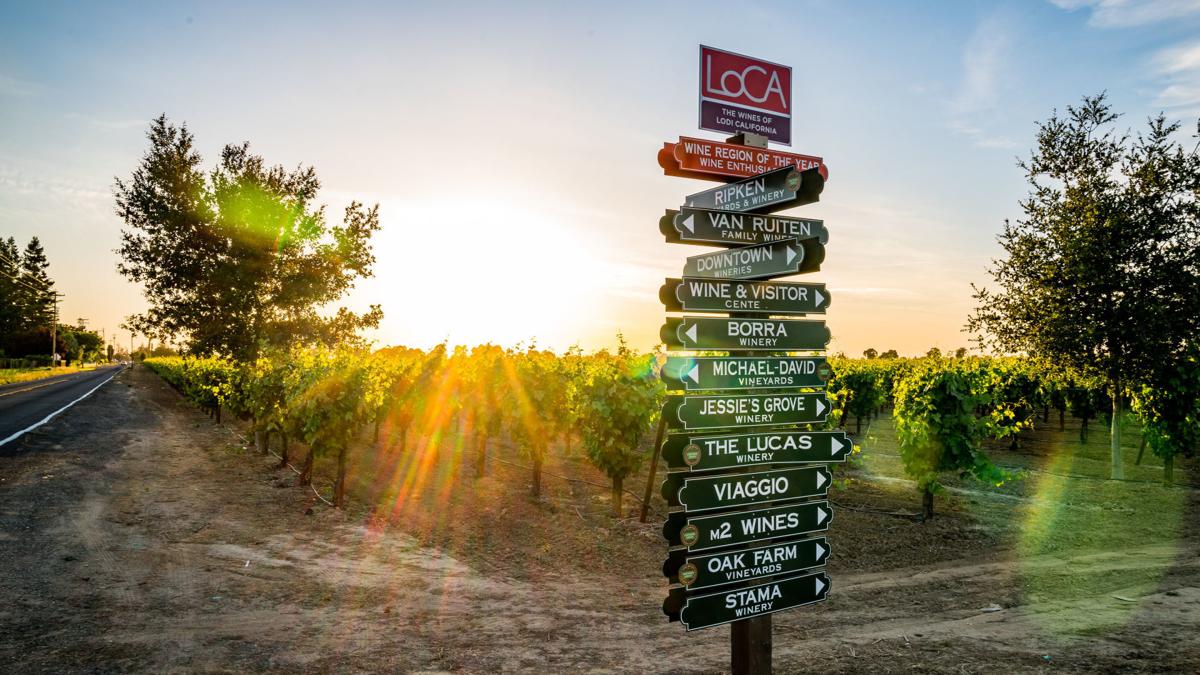 The Lodi wine region in California has more than 100,000 acres planted to a wide variety of grapes.