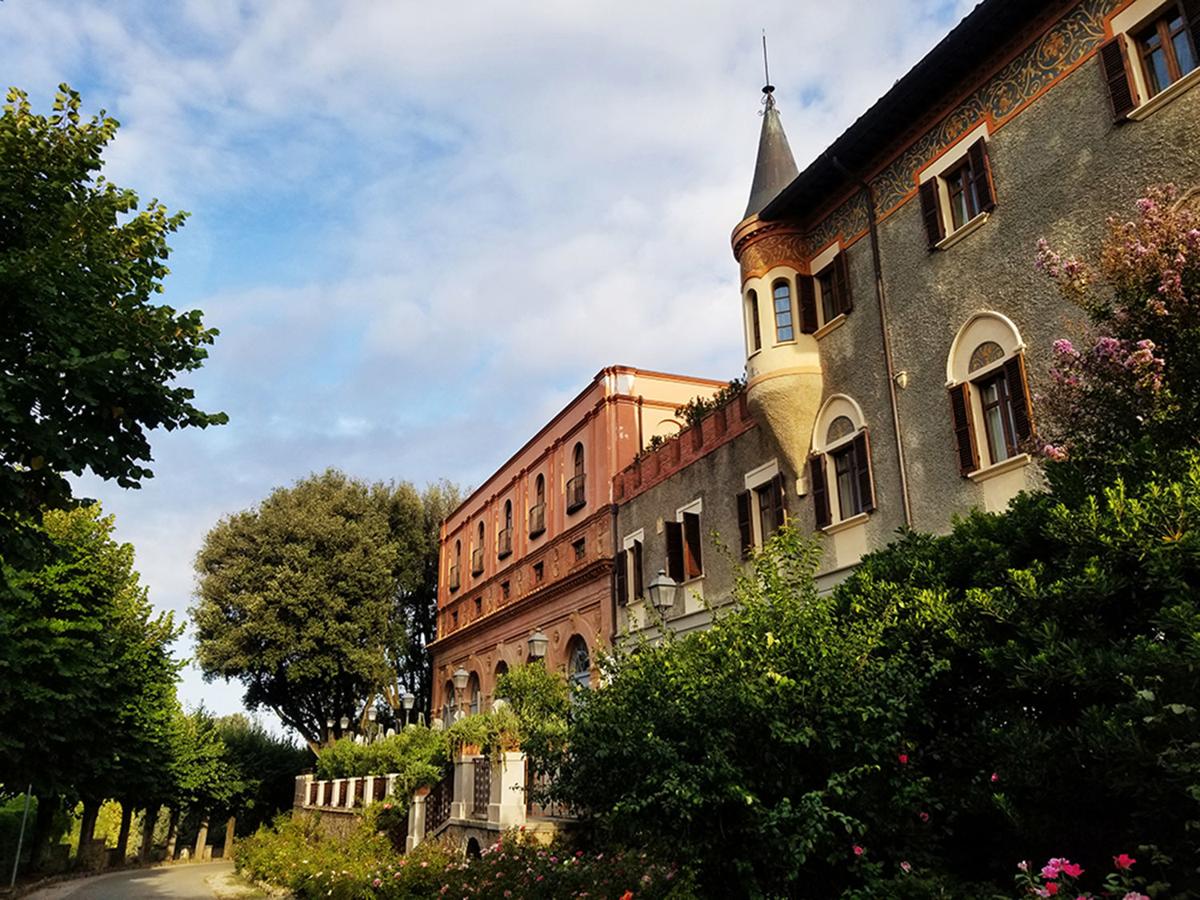 Last fall, I was privileged to host a wine-tasting cruise of the Mediterranean aboard the Crystal Serenity where our group of new and old wine loving friends relished the experience in true “Crystal style.”

During two tasting seminars, a 5-course wine pairing dinner on the upper deck and a magnificent tasting and lunch at Corsica’s Domaine Peraldi we sampled several dozen wines representing the areas we visited and others close by.

This year, I was again invited by Crystal Cruises to repeat the experience. Our 2019 cruise aboard the Serenity began when we sailed from Rome’s port of Civitavecchia to Sorrento followed by a day at sea traversing the “sole” of Italy’s boot past Sicily to the Adriatic. Stops in Corfu (Greece), Kotor (Montenegro), Dubrovnik (Croatia) followed with the cruise ending in Venice.

Since we were embarking from Rome, my wife Barbara and I thought a little kick-off side trip to Umbria would be a great idea. We quickly booked 25 friends for Umbria, a perfect number for visiting some smaller wineries in the Orvieto region in Umbria’s north and the Le Marche region on the Adriatic Sea to the east. To complement each day’s activities, I also arranged three locally inspired 5-course wine pairing dinners in the area.

Umbria is rich in history, tradition, local cuisine and some of the world’s most interesting wines. Hotel Borgo dei Conti Resort, about 30 minutes from the historic town of Perugia and situated on many acres of a park-like setting with ancient buildings, walls, walks, lakes and streams became our home base.

Our Umbrian experience began with a late afternoon welcoming reception on one of Borgo dei Conti’s picturesque patios with breathtaking views. As we gathered, we were treated to a superlative range of hors d’oeuvres that accompanied a selection of wines typical of the area – Grechetto, Sagrantino Rosé and a Montefalco red. A perfect setting to launch our journey.

Following the reception, we boarded our coach for a short ride to Agritourisimo Il Tiro where we savored a locally inspired dinner that began with a Lake Trasimeno eel expertly prepared in individual clay pots and paired to a delightful Trebbiano, followed by a delicious Tagliatelle with a ragu of veal alongside a Montepulciano d’Abruzzo, a succulent duck breast with a Montelfalco Sagrantino and concluded with a refreshing and palate cleansing Semifreddo al Limone paired to a rare Muffato Nobile for a sweet touch.

Our first full day found us on a longer-than-expected ride to the Le Marche region and Ciú Ciú, one of its leading wine producing estates. Le Marche is among Italy’s top tourist destinations but primarily for the Italians as fewer than 1 percent of foreign visitors find their way to the area’s 100 miles of beaches, intriguing medieval villages and mountain hideaways.

At Ciú Ciú (translated to “drink drink”), with glass in hand, we toured the winery and then drove off to their 17th Century “showroom” in the heart of the medieval town of Offida. After touring the town and ancient tunnels behind the showroom, we sat down to a charming lunch and were treated to a range of Ciú Ciú’s handcrafted wines from local grapes such as Pecorino (sparkling and still) and Verdicchio (Marche’s signature grape) along with Lacrima, Montepulciano and Sangiovese.

Day 1 ended with a spectacular dinner at Albergo Ristorante Masolino along a hilly ancient pedestrian street in the neighboring town of Panicale. Three generations (mama, son and grandson) handle everything from stellar traditional Umbrian cuisine to expert wine oversight and impeccable service with a seamless approach to inspirational dining.

At Masolino, we relished five courses from typical salumi and cheeses along with Torta del Testo accompanied by a Greco di Tufo to two splendid pasta courses. The porcini mushroom and truffle gnocchi was paired with Grechetto and the wild boar pappardelle went beautifully with a Poggio Bertaio Stucchio (Sangiovese). A delicious Alianico Riserva paired perfectly with the slow-cooked and thinly sliced veal leading to a Panna Cotta and berries that was a tantalizing complement to the very Umbrian Palazzone V’Indugio – a late harvest blend of Grechetto, Procanico and Malvasia. A beautiful ending to an adventurous day.

Our next day found us traveling just north of the ancient town of Orvieto and just south of the Tuscan border to the Antinori estate of Castello della Sala that focuses on white wines and primarily, Chardonnay. Though not a native grape to the area, under the capable hands of Renzo Cotarella (since the inaugural 1985 release) and his winemaking team, the wines aim to rival the best of the world’s Chardonnays.

We were escorted on an inspiring historical tour of the 14th century property, which included sprawling tunnels and underground rooms that date to the original construction. The property, with its complex range of buildings and caves is considered as one of the loveliest manor houses of the Italian Middle Ages and is complete with an imposing tower rising more than 90 feet into the air. The tower served as our venue for the reception tasting and lunch. The reception included plates of Italian delicacies accompanied by Conte della Vipera (Sauvignon Blanc/Semillon blend) and a multi-course lunch followed featuring the flagship Cevaro (Chardonnay with a touch of Grechetto), Bramito (Chardonnay with less time in barrel) and finished on a sweet note with their Muffato.

Before returning to Borgo dei Conti, we visited La Famiglia Cotarella founded by Antinori CEO and Chief Enologist Renzo Cotarella and his brother Riccardo. The winery is now owned and operated by the brothers’ three daughters (Dominica, Marta and Enrica) who have modernized the state-of-the-art facility while greatly expanding the portfolio and international distribution.

After an educational tour, we settled down for a tasting moderated by Enrica that included a sampling of their finest wines representing three of their unique brands – Ferentano, Sodale and Marciliano.

Our day concluded with a marvelous reception and dinner under the stars on the patio of Borgo dei Conti. Maitre d’Hotel Nicola Panelli and Executive Chef Davide Pizzo combined their talents in preparing and presenting a remarkable 5-course extravaganza that included several locally inspired and imaginative dishes, each paired with some of the most sought-after delights from across Italy. We began with a beautiful Franciacorta then on to an enticing Fiano di Avellino, a beautiful Rosso di Montelcino, a powerful Sagrantino della Cima and concluded with an impressive Sagrantino Passito Moretti paired to a decadent chocolate cake with amarena cherries and burrata cheese.

An amazing send-off from Umbria putting everyone in high spirits for the next day’s drive to Civitivecchia and boarding the Crystal Serenity for our cruise of the Adriatic. So ciao for now and more to come in a couple of weeks.

Share your experiences with other readers by commenting on this article with an email to me at allenbalik@savorlifethroughwine.com. Allen Balik, a Napa resident, has been a wine collector, consultant, author, fundraiser and enthusiast for more than 35 years.

Allen Balik, The Wine Exchange: Cruising the Adriatic with Crystal

In my previous column, I shared with you the extraordinary time our wine and food savvy group experienced last month in Umbria.