World Cup live: Scores and updates from US vs. Netherlands

There is a new trend in fine dining and it is called “social responsibility.” Recently, I attended Taste Talks Los Angeles, a food and drink festival featuring talks, tastings, dinners and parties. As L.A.'s amazing chefs, restaurants and cultural figures came together, they engaged in great conversation, including the role social responsibility has in the hospitality industry.

According to the California Senate Committee on Transportation and Housing, California has more than 118,000 homeless people, accounting for 22 percent of the nation’s homeless population. Many across the state, from political groups to nonprofits to for-profits to individuals, are working to solve this moral crisis, and the hospitality industry plays an important role.

Chrysalis is a Los Angeles based nonprofit organization  founded in 1984 to create a path to self-sufficiency for homeless and low-income individuals. They provide the resources and support to find and retain employment. To date, more than 58,000 men and women have been helped and, most importantly, 71 percent of people who find work through Chrysalis keep their jobs, officials said.

Restaurants are an ideal industry for employment opportunities for clients of Chrysalis and other organizations helping the homeless and low-income individuals. The restaurant industry includes many jobs such as washing dishes, polishing glasses and chopping food. These are tough jobs that most people do not like to do. While education and experience are not prerequisites, the pay is not good. It is also challenging to motivate and promote people in the restaurant industry, and, as a result, staff retention is a continuous challenge

Los Angeles-based chef Curtis Stone has been working with Chrysalis for five years after hearing a Chrysalis client speak at their Butterfly Ball about getting ready for the job. Stone’s first employee through Chrysalis was Darryl who started at Maude in Beverly Hills five years ago. Stone also hired Byron through Chrysalis in 2016 as he was opening his second restaurant Gwen LA.

Byron joined the team as a dishwasher and today has a managerial position and keys to the restaurant. Darryl is also still with the restaurant group and is a supervisor at Gwen LA and has keys as well.

Byron came from a small town in Texas. Raised in a cycle of drugs, he came to Los Angeles to be near his son and found himself homeless. Needing a job, he spoke to a man on the street who was sweeping the sidewalk who told him to check out Chrysalis. Byron completed the program at Chrysalis and began working at Gwen LA. “What I have been exposed to, I could never have imagined. Curtis is not just a boss, he is also like a brother,” Byron told the crowd at Taste Talks.

Byron’s hard work has paid off, and he explained that “if you start at the bottom and work your way up, you appreciate it. And you get a magnificent employee who knows all the details.”

Stone echoed that “when you offer people a chance [via Chrysalis], they are grateful. They are thankful for family meals and staff uniforms. Things we take for granted, they appreciate.”

The benefits are two-sided. Chef Curtis Stone has provided employment for 40 people through Chrysalis over the past four years and in exchange he has a better staff retention rate with his Chrysalis employees than the non-Chrysalis employees.

He is not alone. A number of restaurants across Los Angeles are working with Chrysalis. Last year, 347 jobs were obtained in the food service industry by clients served at Chrysalis. 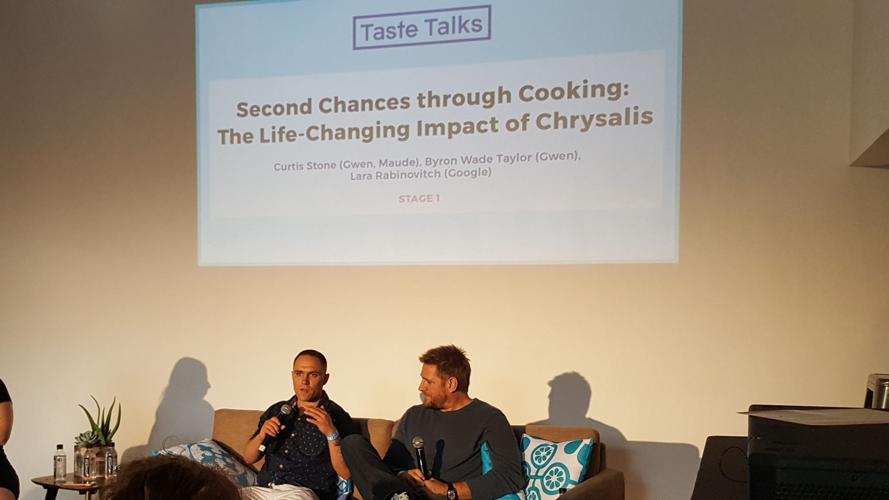 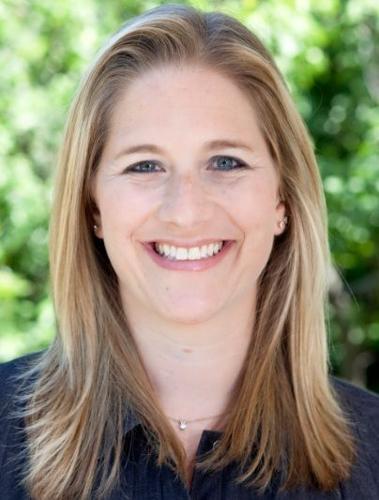