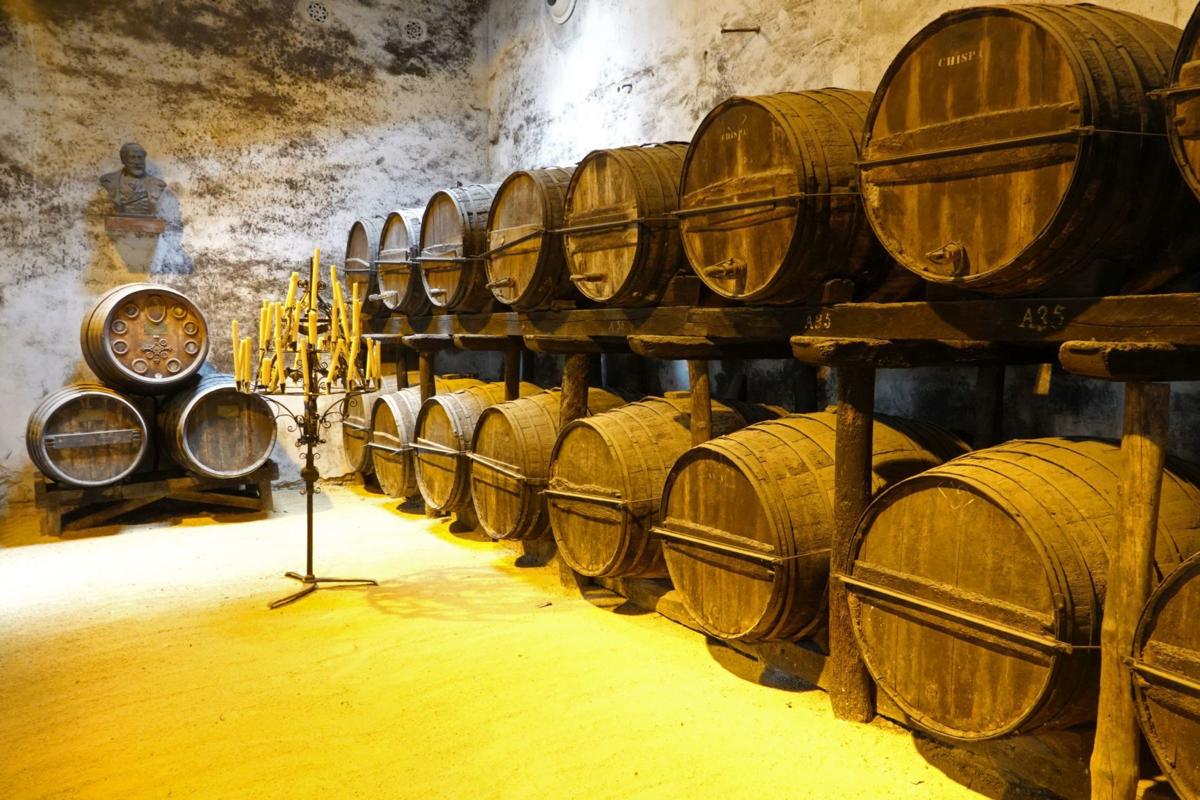 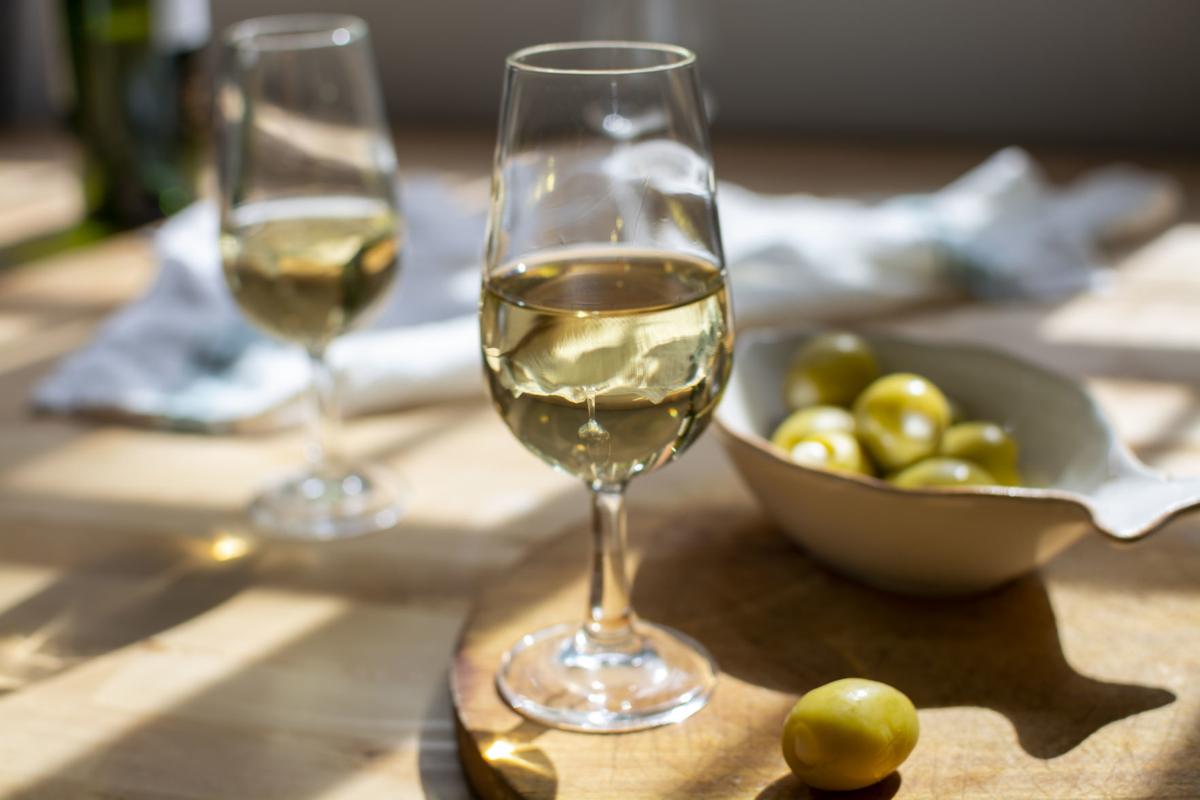 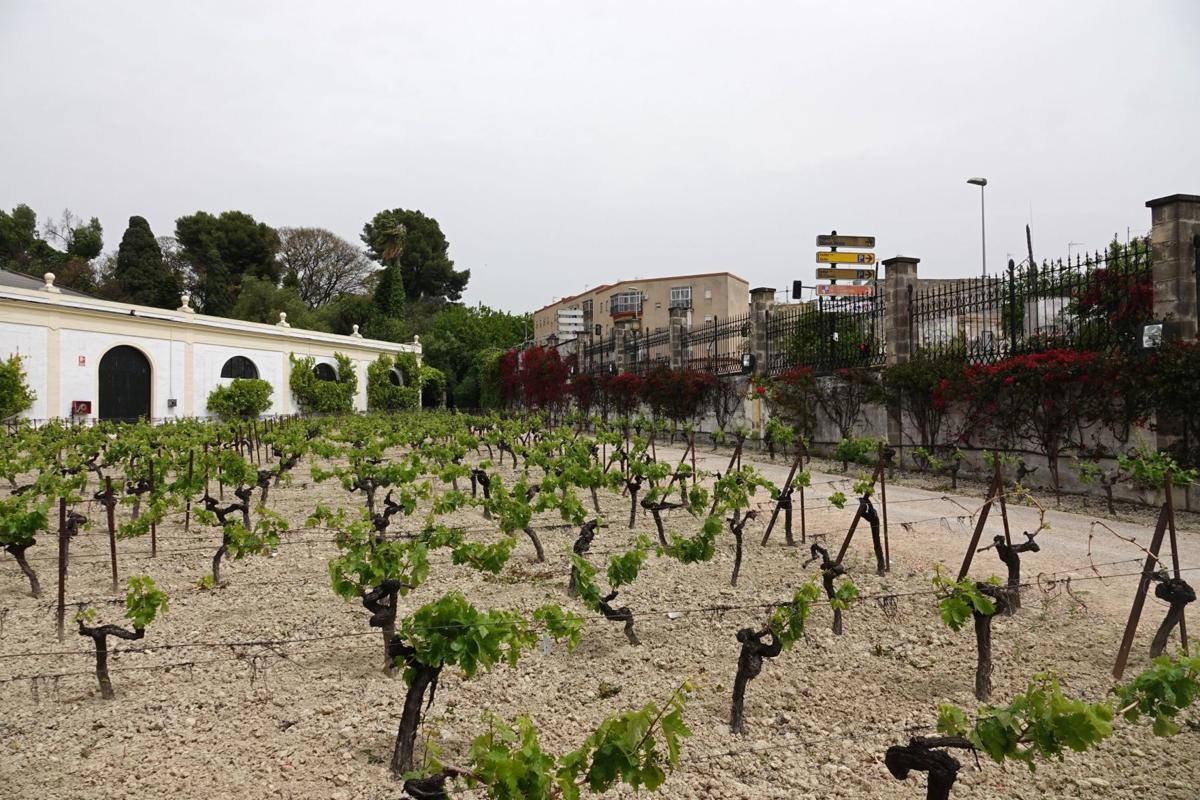 A bodega vineyard in Andalusia, Spain.

A bodega vineyard in Andalusia, Spain.

One of my most exciting wine experiences came 20-odd years ago on a visit to Spain.

The Spanish dine late and unhurriedly, and the first “course” at this Madrid café was tapas served with an icy glass of wine that’s one of the world’s least well-known great food companions.

It was Fino, a Sherry so sublime that its devotees seem happy to admit being in a cult dedicated to it.

This was the first time I had ever tasted a great example of Fino — as it was supposed to be. My previous exposures to Finos were imported and had been disappointing.

Those who adore Fino know that no one admits loving it the first time they tasted it. But like dill pickles, it grows on you.

Today’s Fino Sherries are being made better than ever. Not only are they more delicate and display more intriguing aromas, but they add zest to tapas and other finger foods, and are great with soup.

Fino and its nearby cousin, Manzanilla, are two of the most intriguing wines you’ll ever taste – after you acquire a taste for them. Bone dry, almost austere, and subtly almond-y, they can be off-putting on first try.

Fino has a minerally, marine-y saltiness in its aroma, and today we’re seeing versions that are closer to what you get in Andalusia, its native home.

Importers thought higher alcohol would protect Fino from weeks at sea in warm containers. Today, however, Finos are shipped in cold containers to retain freshness. And alcohols have dropped to about 15%, making many lighter than some Chardonnays!

Fino is the driest and lightest. The base wine from the Palomino grape is placed in wooden vats filled only 80% full. A yeast called flor is encouraged to grow on the surface like a film. Not every vat develops flor yeast. Those that don’t can be made into Amontillado, a typically sweeter, slightly simpler wine.

The two most popular Finos here are La Ina from Pedro Domecq and Tio Pepe from Gonzales Byass.

A richer tier of Shery is called Oloroso, which can be dry (seco) or sweet. Three superb producers of top-rate Oloroso Sherries are Gonzalez Byass, Emilio Lustau, and Osborne, all of which produce excellent mature Olorosos. Some cost more because of quality and scarcity.

Olorosos are aged many years in soleras, a series of barrels that get progressively older. Each year, some of the Sherry in the lowest (oldest) tier of barrels is bottled, and the next highest tier is blended with the next lower tier.

This guarantees that all Sherries will contain a trace of the oldest material in the solera. So, a solera started in 1911 will have a trace of that wine in all bottlings from it.

This makes an enormous difference in overall complexity. Olorosos are rich, nutty, and succulent. The faint walnut-y bitterness of a great Oloroso, combined with hints of other roasted nuts, make them sensational with (what else?) roasted nuts, cheese, and fresh cured olives.

One rare sherry is called Palo Cortado. It is an Oloroso with Fino qualities. It’s generally not very sweet, but a rare treat with its fine fruit qualities.

Also, there is a Sherry called Pedro Ximenez, which wine lovers simply call PX. It is a single-grape dessert wine that looks like 40-weight motor oil.

As cold weather approaches, the warmth of various Sherries, from light Finos to richer Olorosos, should be considered part of meals.

They’re especially sybaritic with many soups. From consommé to porridge, soup has an affinity for Sherry. Add a teaspoon of it and watch the soup evolve. And serve a small amount in a glass to pair with the soup.

For me, the finest experience in Sherry, especially with soup, is a dry Oloroso.

Since Sherry is usually an afterthought for Americans, it often is seen in fine wine shops unloved, unwanted, and underpriced.

For decades, Sherry was looked on as Aunt Agatha’s bedtime sipper, a wine for little old ladies. But savvy Brits have always appreciated Sherry for aperitif moments.

— The name Sherry is an Anglicized version of Jerez (pronounced in Spain as heh-reth), from Jerez de la Frontera, the southern Spanish town not far from Gibraltar.

— Very few U.S. wine bars have any Fino. Worse yet, if you find a Fino at a wine bar here, chances are it will be tired. That’s because Fino has an extraordinarily short shelf life, especially opened bottles.

— Consume it young; oxygen kills it. And never buy older stock of Finos. Olorosos can be old and still be great.

— Since it’s best to finish once-opened Finos, half bottles usually are a good idea.

—If you don’t finish an opened Sherry of any sort, refrigerate it to keep it as fresh as possible.

—An old British term for Sherry is “sack,” which was referenced in Shakespeare’s writings. Williams and Humbert’s “Dry Sack” is popular here, but despite its name, it isn’t dry. It’s slightly sweet.

Wines of the Week:

The Gonzalez Byass is widely available and better than ever, with lighter alcohol, a fresh brine-y aroma and classic “soft dryness,” since there is a delicate succulence.

The Hidalgo is Fino-like and usually lighter and paler with hints of sea mist, wet stones, and has a fresh walnut-y finish. It’s not as easy to find.

Dan Berger, On Wine: A brief primer on Sherry