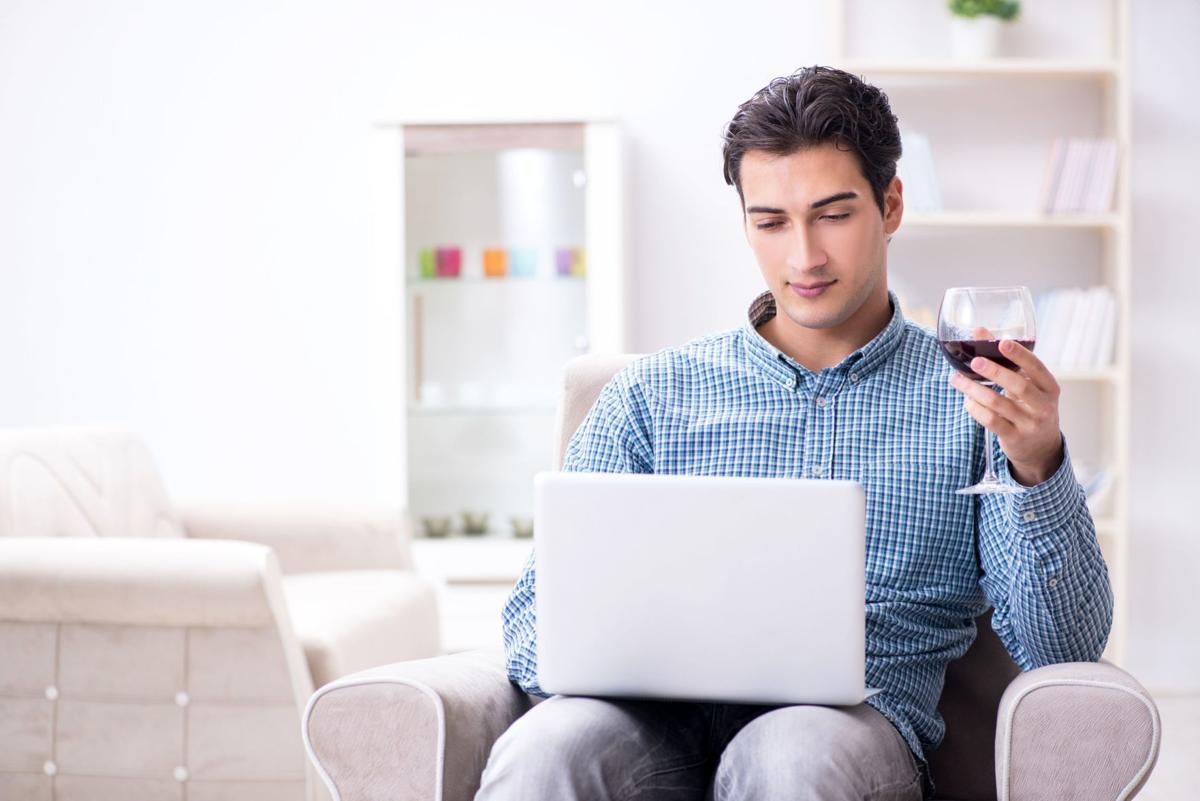 Another benefit of working at home, Dan Berger writes, is the ability to have a sip of wine in the late afternoon. 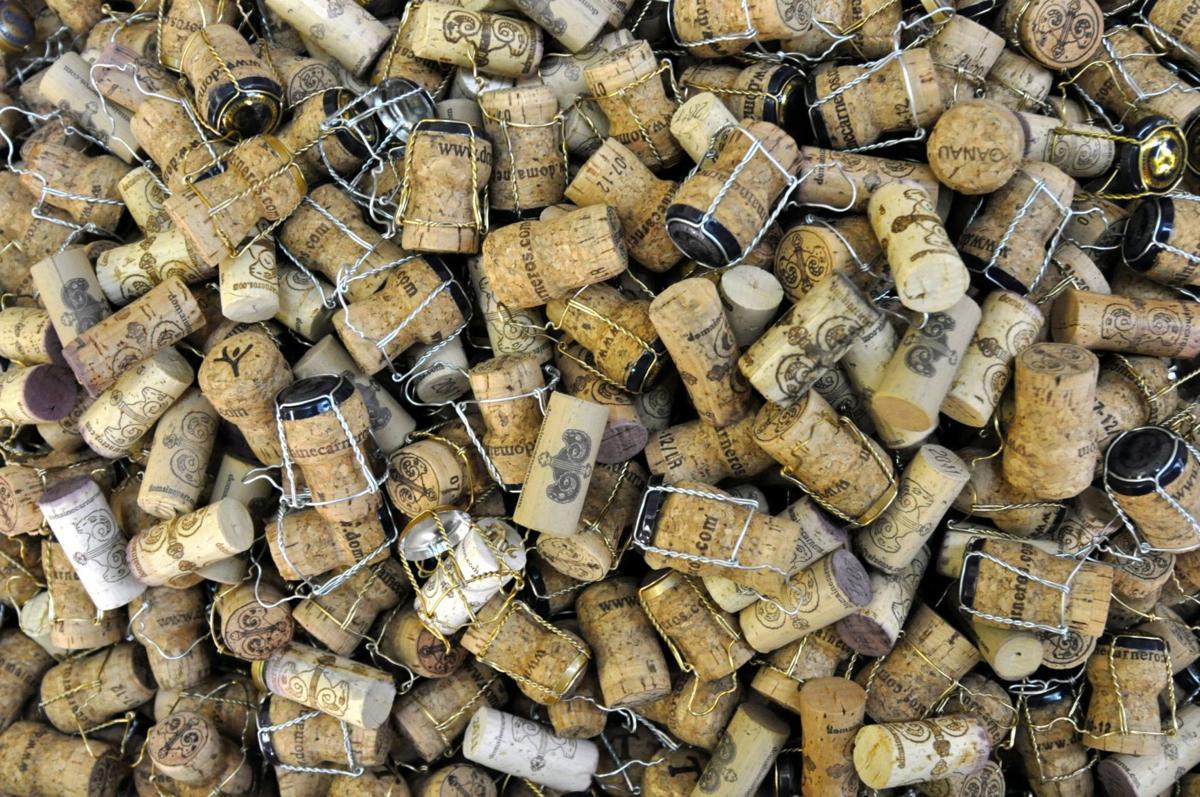 We are consuming more wine than usual at home these days, and there are a lot of good choices out there to do this.

So telecommuters, how’s it going being at home doing Zoom meetings, screen-time work, and dealing with silence — or at-home kids and pets?

Hunkering at home while continuing to work has benefits, to be sure. A paycheck, for one. There is also the welcome respite from water-cooler chinwags, collar-breathing bosses, freeway traffic, parking woes, shirt ironing, and dried-out brown-bag lunches.

Another benefit: the ability to have a sip of wine in the late afternoon. That glass of afternoon wine, however, has a way of depleting our home wine inventories more rapidly than in non-coronavirus times. Anecdotally, some wine lovers have suggested they’re starting their wine regimes earlier in the day, during what otherwise would be commuting time.

For one thing, in-home wine consumption has inched upward. Winemakers have told me they suspect this is true, though there are no hard statistics on this. To be sure, restaurant wine sales are near zero in the last four months, so many in the industry say we’re consuming more than usual at home.

How much more? No one is certain. But retail wine sales are significantly up. One large Southern California-based wholesale wine company now estimates that wine sales to retail stores have increased 32% in the last three months — even though many retailers have closed to on-site customers. (Shipping and customer pickups have increased.)

The increase in retail sales has partially replaced the loss of wine sales in restaurants.

Meanwhile, winery-direct sales have increased thanks to many wineries dropping shipping fees. One Napa winery owner said that the closure of his tasting room was initially devastating, but video chats using Zoom and other on-line platforms have replaced “about 80% of my tasting room sales.”

I have heard some on-line sellers say the average bottle purchase by dollars is slightly higher than before the sheltering-in-place was imposed.

A Southern California wine wholesaler insider told me, “People aren’t buying over-marked-up restaurant wines, so they’re OK spending a little more per bottle on wines for home use. They’re still spending less than what they’d be spending in a restaurant. They’re not paying restaurants $50 for $25 bottles. And that same wine is only $25 in the store, so it’s now a bargain.”

This is from a man who’s been in the wine industry for more than 40 years. He says “high-end wineries are selling nothing — there is no business in that sector. Not now. And we don’t know what’ll happen long-term to that high-end sector.

“From what I hear, people are happy trading down. Maybe this will have long-term negative impacts on high-end wines.”

So what are people buying?

I spoke with an East Coast wine lover who has been a wine journalist for decades. “When I want a white wine, I go to the Loire [Valley section],” she said. “Muscadet, Chenin Blanc, Sauvignon Blanc, Vouvray — it’ll be $10 or less and probably the wine will have a lot better structure for pairing with food.”

A Southern California wine lover who loves reds said he once relied heavily on Chianti Classico. “That was my old standby, for more than 20 years,” he said. “But they were costing me $15 to $20.”

He said that by switching to the slightly less widely available Chianti Ruffina or even Chianti Colli Sinesi (from south-western Tuscany) he was able to find many under-$10 reds that were great values. “Not as many people know about Chianti Ruffina,” he said, “so they’re more affordable. And they can be delicious.”

One other light, fragrant white wine is Vermentino, a variety that grows well in Corsica. Another Italian white to consider is Favorita from Piemonte.

Those looking for a white wine equivalent to the quality French Chablis should consider Italy’s Verdicchio. Though it’s more expensive, it can be a superstar.

Consumers seeking Cabernet-based reds might look to Bordeaux’s subdistricts. Bargain-hunters may find value in Côtes de Bourg, a right-bank district (Merlot-dominant) that produced excellent wines in 2016. Many are available for less than $20 a bottle.

The Southern California wholesale expert noted, “Everyone loves the 2015s from Bordeaux, but 2016 was no slouch and the prices are very fair.”

Wine of the Week: 2016 Jordan Cabernet Sauvignon, Alexander Valley ($58) – The only winemaker Jordan Winery has ever had was Rob Davis, hand-picked by the state’s greatest winemaker, the late Andre Tchelistcheff, before Rob even left the University of California at Davis’ enology program. Tchelistcheff consulted closely with Davis at Jordan for years and helped establish the elegant Bordeaux style that made Jordan Cabernet the nation’s most respected red wine in restaurants nationally.

The 2016 vintage of Jordan Cab, Rob’s 41st at the property, was his last. He retired quietly last year. This wine is the culmination of everything Davis learned from Andre — to let the vineyards do all the talking. It is one of the finest examples of the master’s philosophy of balance, structure, and harmony joining forces in a seamless case study of the grape variety. (It has modest 13.8% alcohol and great acidity.)

Davis called the 2016 “a dream,” a wine “inspired by Tom Jordan, but one that only Andre could have provided the details for.” Davis added, “I take my relationship with Andre very seriously. To me, he’s very much alive. Traveling with him, I got to know his philosophy, that great wines are made in the vineyard, and my soul was his soul. You know, he wasn’t a winemaker, he was a winegrower.”

This gorgeous wine displays the cassis/blackberry fruit that might have eluded some of the earliest Jordan Cabs from the 1970s and 1980s. Starting in 2005 Davis began to move slowly up onto hillsides, then hilltops for fruit, upgrading all Jordan vineyards.

“Andre taught me how to read a vineyard,” Davis said. By 2016, it had all come together, he said. “(20)16 was a stunning year, block after block that came in had perfect flavors and tannins, the kind that melt in your mouth. Andre always said you don’t need huge tannins to have balanced fruit.”

To this day, Davis is close friends with Andre’s widow, Dorothy, with whom he recently shared a bottle of the 2016 Cab at her Napa home. “She has a great palate, and before I left, she said, ‘Andre would be really proud of you.’ This wine is Andre.”

Social distancing has radically changed the way we dine – which affects our normal wine consumption patterns.

If the coronavirus pandemic is inspiring you to begin a wine cellar, Dan Berger has some timely tips.

Michael Broadbent, one of the greatest wine experts in history and a man who understood the soul of wine better than most, has passed away at age 92, leaving behind an astounding legacy based on the notion that the best wines of all time are those made to be aged.

Another benefit of working at home, Dan Berger writes, is the ability to have a sip of wine in the late afternoon.

We are consuming more wine than usual at home these days, and there are a lot of good choices out there to do this.