It’s one of the world’s greatest wine grapes, which is saying something considering many thousands of varieties have been made into wine with success. But during its down period in this country (1970s and ‘80s), it was misunderstood and showed up in many different guises – or disguises.

In the early 1990s, U.S. winemakers found ways to tame its assertiveness. I wrote articles about how blah the wine had become. A clever headline writer titled one of my articles, “The Blanding of Sauvignon Blanc.”

And for the most part, Sauvignon Blanc was widely ostracized, for good reason.

Today, it may be viewed on a par with the finest wines in the world, though it almost never commands prices commensurate with other iconic wines like Chardonnay, Cabernet Sauvignon, Champagne, Port, or Riesling. At their best, wines like those can cost well into triple digits.

In general, and for decades, most Americans didn’t have a clue as to what the grape was supposed to be. I often heard people compare it with Chardonnay – and in the 1980s some wineries even made blends of Sauvignon Blanc and Chardonnay! Someone once called Sauvignon Blanc “poor man’s Chardonnay.”

Before viticulturalists began to understand Sauvignon Blanc and its vital connection to its soil and climate, much of it was planted in the wrong places and farmed indiscriminately. So it was hard to make a fine wine. The result was a plethora of Sauvignon Blancs that were amorphous in aroma and could be rather nasty.

Before we knew how to grow it in cool areas, it could be odd and unappealing. Some early examples had aromas not unlike canned green beans, boiled asparagus, wilted kale or, as one wine taster once described it, “thawed frozen spinach.”

Sauvignon Blanc has long made fascinating wines in Bordeaux. Blended with a substantial amount of Semillon, White Bordeaux of the 1970s were some of my favorite wines.

The definitive example of the grape comes from the Eastern Loire Valley, where the best justifiably command high prices. The classic Loire Valley style is less herbal, flintier, and more mineral-y. Several of these wines from top producers are best at age 10 or even older.

In terms of aromatic identifiability, Sauvignon Blanc leans toward green-edged, herb-laced aromas like green leaves, olives, and often has a faint vegetal note. It’s not as floral or apple-y as Chardonnay.

Sauvignon Blanc’s “gooseberry” scent, often seen in New Zealand Sauvignon Blanc, once was seen here as a love/hate sort of dynamic. By capturing more citrus-y florals, in the last 20 years, New Zealand winemakers have moved away from the vegetal.

As for domestic Sauvignon Blancs, I have long loved the variety’s regional diversity. Grown in the Dry Creek Valley of Sonoma County, the grape delivers a delicate fresh grassy note. The same sort of aroma is muted when it grows in Alexander Valley, but superb farming allows a classic Alexander Valley personality to be captured.

Napa Valley can grow sensational Sauvignon Blanc, which often displays a dried tropical fruit aroma with a note of dried hay. When it’s not aged too long in barrels, it can be delightful. But some versions are getting pretty pricey.

In Mendocino County’s cooler climes, the grape can be a bit more melon-like; in the Sierra Foothills, the fruit aroma has a stony, gravel-y, hay-like lilt to it. And in many areas of California’s central coast (i.e., Monterey County), the green pepper and herbal tea scents can dominate.

The blandness of domestic Sauvignon Blanc in the early 1990s was partially a reaction to some critics’ accusations that too many Sauvignon Blancs had a malady called “the veggies.” Any wine described that way was treated as if it had hemlock.

The typical New Zealand aroma is more piquant, akin to passion fruit (or a day-old cat box!). There can also be hints of slate, lime, fresh olive oil, and passion fruit. This can be a most complex wine. But a few of the early examples also had traces of iodine or even hints of diesel! Talk about love or hate!

The uniqueness of Sauvignon Blanc began to find a home here in the late 1990s. Before long, it was selling widely. It was this style of wine that brought a key message to U.S. grape growers: intense flavors in Sauvignon Blanc can be understood and appreciated by Americans.

Napa Valley’s greatest contribution to Sauvignon Blanc has been with more delicately muted versions, such as the stylish 2019 Spottswoode ($45), with its pure, classic aroma of lemon zest, dried lime peel, and subtle fruit. This dry wine has been around for years and never fails as a superb companion to smoked trout or other appetizers.

Many other Napa producers, blessed with ideal Sauvignon Blanc soils and climes, are making similar efforts, but one recent version I tried, despite gorgeous fruit, was actually sweet (!) and had a suggested retail price of $75.

I’m not sure how the winery settled on that price, but a wine as well-regarded as Bordeaux’s classic white Chateau Carbonnieux can be bought for well under half that price and is a classic White Bordeaux.

Far more experimental are the efforts of a few New Zealand wineries who are experimenting with both vineyard as well as winemaking techniques to make Sauvignon Blanc a more complex wine.

Two of them are New Zealand projects that grew out of work done by winemakers Kevin Judd and James Healy in the early 2000s at the iconic Cloudy Bay Winery.

The first of these was an experimental wine from Cloudy Bay called Te Koko, a barrel-fermented, relatively exotic Sauvignon Blanc that is still being produced. Almost none of it is sold in this country.

Healy left Cloudy Bay a decade ago to join respected grower Ivan Sutherland at Dog Point, one of Marlborough’s finest wine projects. There he developed a similar Sauvignon Blanc called Section 94 (the 2017 is about $30). It spends 18-29 months in barrels and becomes almost a red wine without color! It may be compared with some French Burgundies. It’s simply a fabulous example of how noble Sauvignon Blanc can be.

Equally as dramatic is a wine from Judd, his 2017 Greywacke “Wild Sauvignon” ($29), which has a distinctive White Burgundy persona with a faint green grapefruit edge. It’s a superb example of complex Sauvignon Blanc.

Several other exotic examples of world-class Sauvignon Blanc are mainly sold on the East Coast, where such wines made their first impact. Among them are two French wines from Pouilly-Fumé.

One is the widely praised Silex from the house of the late Didier Dagueneau ($140). The other is the famed Baron de L ($125) from LaDoucette, both of which will age extremely well.

Wine of the Week: 2019 Quivira Sauvignon Blanc, Dry Creek Valley ($18) – Quivira makes several Sauvignon Blancs including one that is more exotic and personality-driven -- the lees-aged 2018 Queue ($32). This lower-tier wine is a fine illustration of the Dry Creek area with chamomile tea leaves, faint hints of olive, and a trace of dill. It has a classic dry entry and finish that will enhance grilled halibut or other white-flesh fish.

Dan Berger on Wine: The drawbacks of vintage chart 'messages'

Trying to put a single number on the quality of a vintage covering large wine regions is fraught with generalizations that obviate usefulness.

Dan Berger On Wine: Delight in the details

Many details of a wine’s production can help consumers refine their purchasing decisions – and almost none of it fits on a wine bottle back label.

Dan Berger on Wine: Is it wine?

The definition of “wine” really is more complicated than most people realize. In some places, “wine” may refer to something unfamiliar most Californians – and here it gets murky.

When setting guidelines for alcohol consumption, it's important to distinquish between beer, wine and spirits, which are all consumed differently.

Definitions of success in wine often relate to how much a wine costs, how hard it is to find, or how many points a reviewer gave it. But if the wine is a varietal, shouldn't success be determined how authentically it conveys the aroma and taste of that varietal? 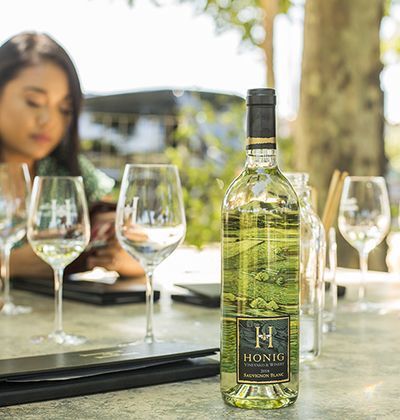 A bottle of Sauvignon Blanc at Honig Vineyard & Winery. 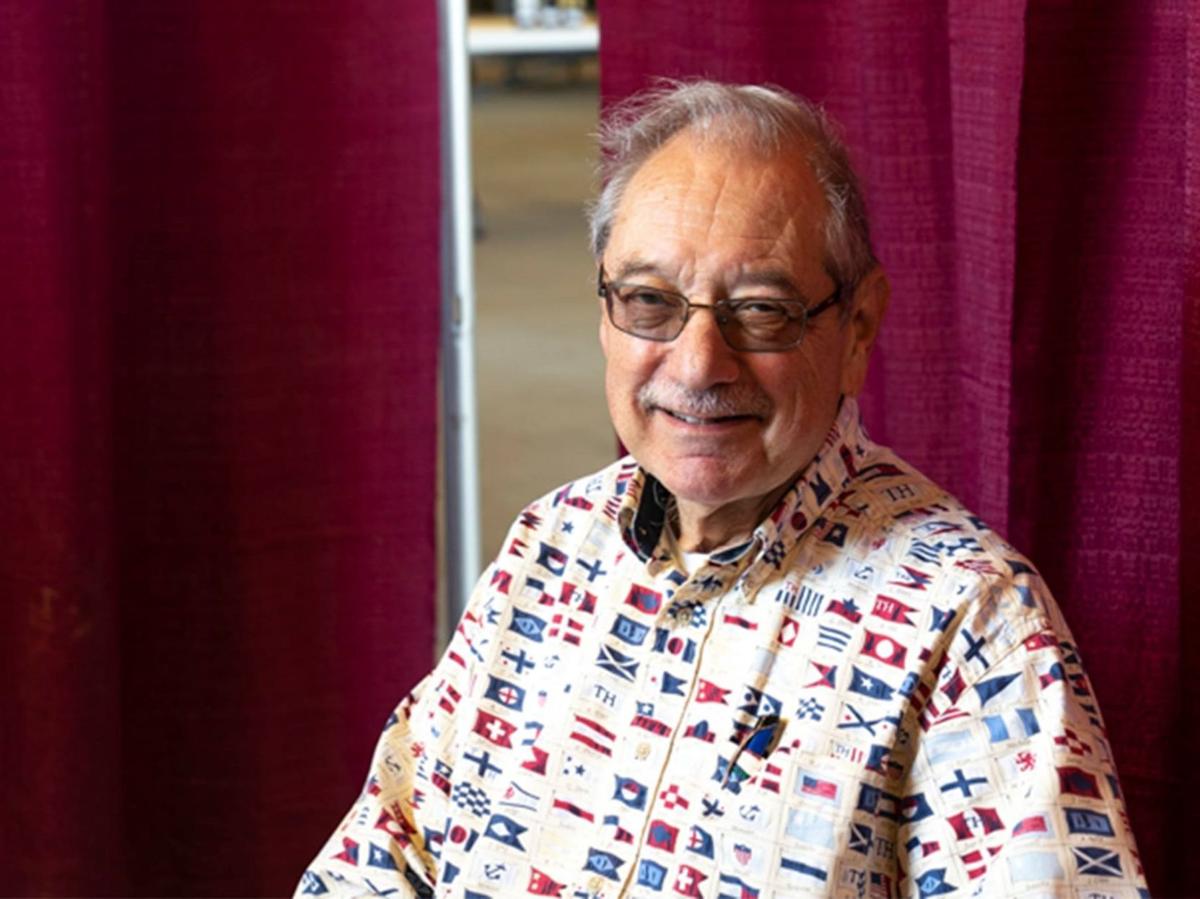