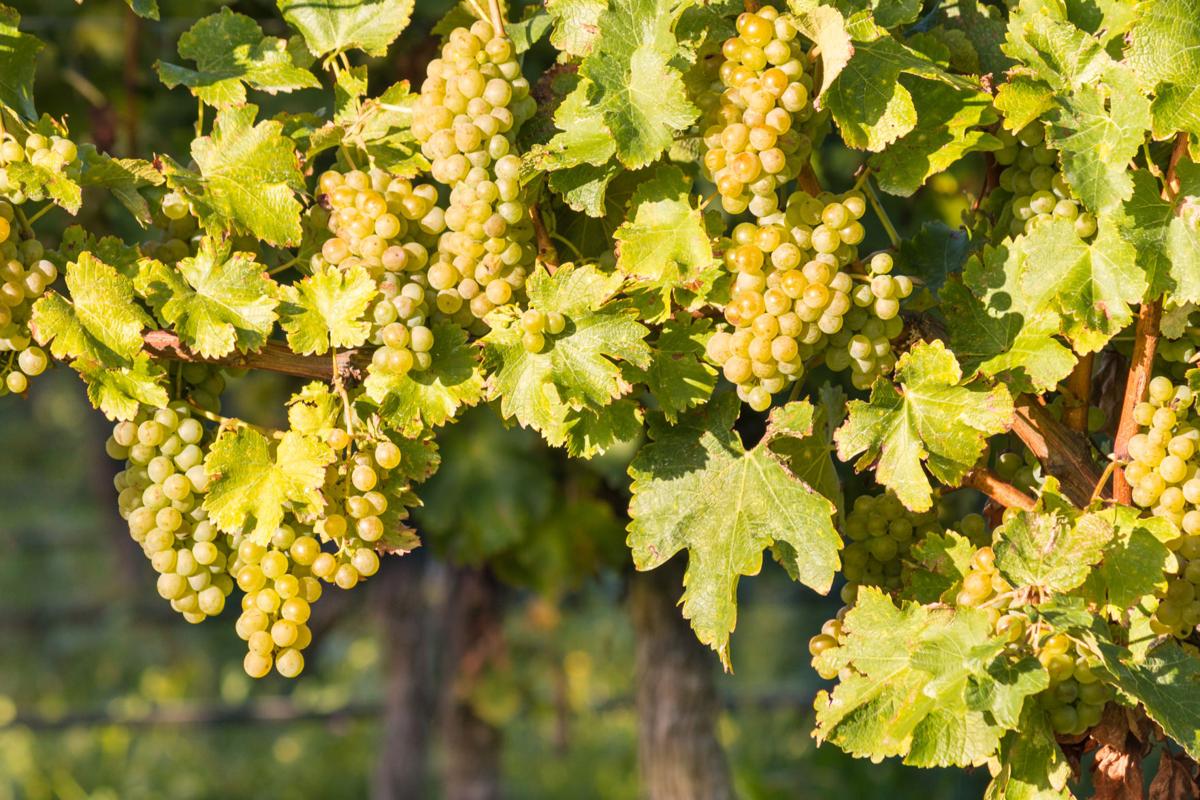 "For me, Riesling does what no other grape can do," Dan Berger writes. 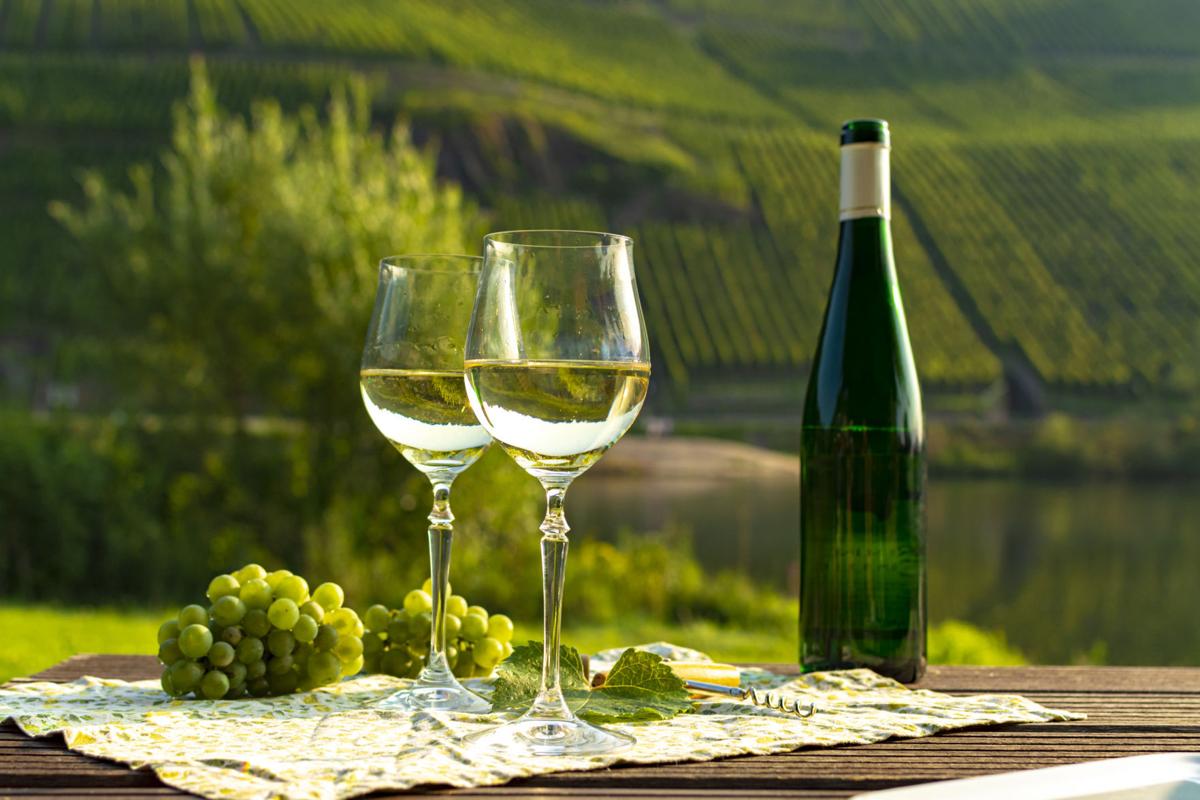 Grown in the proper locations and treated with care, Riesling is easy to put atop a list of the finest wines.

It was roughly 1975 when I read in a wine book a sentence that I didn’t believe — one that left me wondering how a wine book author could make such an outrageous statement.

In an introductory chapter, looking at the vast world of wine, the author said the red wines of Bordeaux were some of the greatest wines in the world. No dispute there.

But several pages later he implied that Riesling was possibly an even greater grape variety than was Cabernet Sauvignon, or any other — indicating that it wasn’t a widely held notion and in fact required more evidence to prove. Which he didn’t provide.

At that point, I had been consuming mostly red wines because I believed they had more flavor. Also, most of the Rieslings I had had to that point were sweet and displayed none of the balance I wanted in a dry wine.

I’m not sure when it dawned on me that Riesling probably was the world’s greatest grape and made some of the most dramatic and sublime wines — both elements occasionally seen in the same bottle!

By the time I reached that conclusion, I was writing a weekly wine column and praised Riesling often. But some readers said they didn’t like Riesling. (They said it was too sweet.) So I wrote less about it than I believed was warranted.

And I had to admit that most domestic Rieslings were pretty ordinary; few ever approached what makes Riesling so special.

By now, though, it’s clear that when grown in the proper locations and treated with care, Riesling is easy to put atop a list of the finest wines. Indeed, there are several reasons why Riesling can be so superb.

For one thing, it’s one of the few wines that can be both sweet and dry at the same time. Also, it can work with almost any food, and it can age about as long as any wine made in this world.

Here are more reasons why Riesling is unlike any other grape:

I was not always willing to be so kind to Riesling. Decades ago, a dinner party host greeted guests with glasses of an older German Riesling. Though I had tried a few “Rhine” wines before, this was not a flavor I had ever experienced.

Since it was before I began writing about wine, I couldn’t describe it, but the aroma, taste, and overall sensation never was lost on me. I had never had a wine that was both sweet and dry at the same time!

It was also a revelation that the host of a fancy dinner party had the courage to feature a German Riesling, not a great White Burgundy, as his pre-prandial.

The sugar in that wine set it apart. To this day I still hear people say that all Rieslings are sweet. But great Rieslings are balanced with sugar matched to the acid, so the entry (first sip) may seem sweet, but the finish (aftertaste) is almost austerely dry.

When you try a perfectly balanced drier-style Riesling you’ll see that these wines are not just for door-opening meet-and-greets; they belong on the dinner table.

But to this day, Riesling’s “it’s sweet” reputation persists. Indeed, some wine snobs disdain all wines with even a trace of sugar. Thus Riesling, no matter how grand it can be as a dry wine, is rarely a candidate for klieg light status.

Some Rieslings do pose a dilemma. It can be a major impasse that challenges Riesling newcomers. It’s called kerosene, or to be slightly kinder, “petroleum.”

Some German winemakers, irked when they hear Americans say “petrol,” have taken to saying that the aroma really is “toast.” No matter what you call it, it’s an acquired taste.

When a Riesling has fruit and complexity, the petroleum note can be a fascinating bonus. So you may ask what it is.

Scientifically, it’s a genetic marker called 1,1,6-trimethyl-1,2-dihydronaphthalene. In abbreviated form, it’s simply TDN. It’s not in all Rieslings, but can be found in varying degrees in some of the best wines.

Some Rieslings show only a tiny trace of TDN when they’re young but can develop this trait more strongly as they evolve in the cellar. It’s one reason to call Riesling controversial.

Its backers argue that TDN isn’t a flaw, but simply part of its DNA.

It is sort of equivalent to the “cat pee” aroma in New Zealand Sauvignon Blanc, which no purist would ever say is a flaw. It’s a personality trait — like the gardenia blossom aroma in Gewürztraminer, the flower-basket bouquet of some Viogniers, the fresh fennel in some young Pinot Gris, or the black olive in some Merlots.

In upcoming columns, we’ll explore other aspects of Riesling that relate to regional aromatics and stylistic variants. And we will look at the age-worthiness of this grape and why an adage I once heard about Riesling (“Drink the youngest ones you can find”) is not only incorrect but remarkably naïve.

The foregoing homage to a single grape could well have been penned also about several other grape varieties about which I am also overwhelmingly smitten. As a lover of many styes and types of wine, I could write loads about Semillon, Grenache, Silvaner, Nebbiolo, Sauvignon Blanc, Sangiovese, Cabernet Franc, Syrah, Pinot Noir, Barbera, and Chenin Blanc.

And I’m leaving out another dozen.

But no matter how exalted those wines can be, there really is only one wine that expresses so much, and with such regional personality, that it figuratively makes me weep when the aroma and flavors are so spot-on.

For me, Riesling does what no other grape can do.

2019 Pfeffingen Scheurebe, Pzalz, Trocken ($19) — Scheurebe (shoy’-ray-buh) is a white grape that’s a cross between Riesling and another obscure variety that yields a wine with a very floral aroma, but one that’s like a milder version of Gewürztraminer with a trace of Sauvignon Blanc added! Scented like blossoms and pineapple, this German import is soft in the entry, crisp in the mid-palate, and sprightly in the finish. It’s great with Thai food. It just landed here, so may not be at your local package store for a week or two.

Bill Davies' new wine brands harken back to the nascent days of the Napa Valley wine industry's revival in the 1960s and '70s, both in style and in the varieties of grapes he is seeking out for his Bill D and Ramble brands.

One of the ways people learn about wine is to pay attention to the region from which it comes and how it relates to its grape varieties. Learning about wine entails getting to know something about the appellations and sub-appellations where wine is impacted by its home soil.

Winemakers have more headaches than you’d imagine — and up to 200 decisions to make for each of their wines. The key is knowing when to do what and when to do nothing.

Dan Berger On Wine: One aged French wine that's worth its price tag

A New York wine store is carrying a French wine from the 1990 vintage for which it is asking approximately $1,000 per bottle.

Dan Berger On Wine: Another try at low-cal wines, with promising results

If you drink a glass of wine per day or more and fret about your weight, how’d you like to avoid ingesting tens of thousands of calories a year and not give up your wine?

"For me, Riesling does what no other grape can do," Dan Berger writes.

Grown in the proper locations and treated with care, Riesling is easy to put atop a list of the finest wines.