Become a Member
Read Today's E-edition
Share This
Eduardo Dingler, Wine to Sake: A return to Italy for Vinitaly 2021
Share this
1 of 2 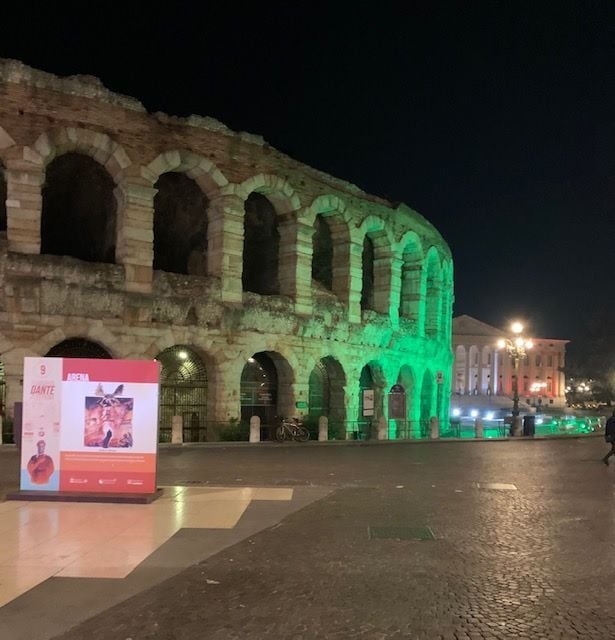 Despite the pandemic, Italy remains vibrant and full of passion, Eduardo Dingler reports; but the crowds were smaller. 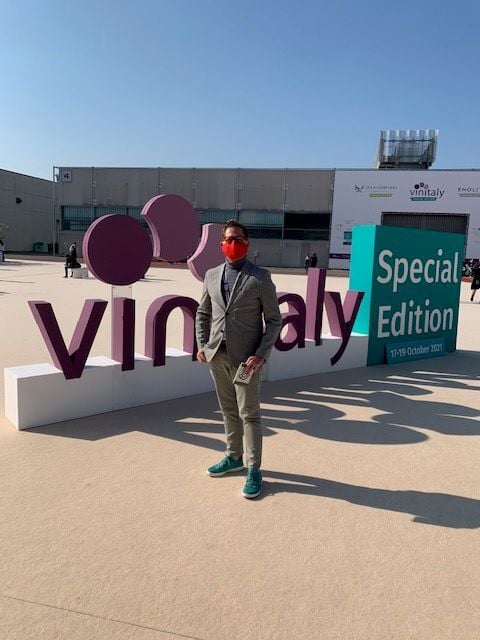 Eduardo Dingler traveled to Italy this fall, in part to attend the in-person conference, Vinitaly 2021

As the world slowly reawakens and travel and events resume I took the first opportunity to return to Italy. From my last visit, which took place in early March 2020, not much has changed.

Aside from masks and required proof of vaccinations indoors and smaller crowds, the country is vibrant and full of passion as always.

The purpose of the trip included Vinitaly 2021, which is one of the most relevant events as far as Italian wine is concerned. The event, along with many others across the globe, was canceled in 2020 and postponed to October from April in a smaller last-minute format.

In spite of the reduced event, the three days offered a respite from virtual meetings and served as a great opportunity to reconnect buyers to the producers.

I had the pleasure of attending a handful of fascinating seminars that offered an in-depth educational experience. The first one was — of all beverages — sake. I found myself sitting down as a student rather than wearing the educator hat this time.

The class offered a wealth of information not only on the styles of sake produced but plenty of insight on the Italian sake scene, mixology, and even an excellent cheese and sake pairing.

It was led by Italian sake authority Lorenzo Ferraboschi and renowned mixologist Simone Baggio, who demonstrated to a packed classroom a few of his favorite ways to introduce sake into cocktails.

It was great to see the level of excitement that surrounds sake worldwide, attracting people from all ages and areas of expertise. Lorenzo guided the educational tasting, which included long-time favorite, Dewazakura from Yamagata, driven by a highly aromatic floral style, and Shirayuki Edo Genshu from Hyogo, which, due to its aging, delivers a mountain of flavor with burnt creme brûlée, espresso, and tobacco.

As a sign of the growth in sake interest in Italy, Lorenzo told me there’s a Sake Challenge planned for 2022 that will invite chefs and sommeliers to pair their favorite classic Italian fare with sake.

The second seminar was all about the Marche, a coastal region in the eastern part of Italy that is gifted with a varied landscape from mountain ranges and beachside views.

The two-hour masterclass titled “De la Vigna a la Tabola" (from the vineyard to the table) was led by the Marche authority Mirco Carloni, alongside a number of producers offering an insight into the wines of production, vineyards, and culture. The Marche has more than 300 producing wineries and it is also one of the top regions championing organic and biodynamic farming practices.

The highlights included the 2019 Umani Ronchi Vecchie Vigne Verdicchio di Castello di Jesi DOC Classico Superiore. Because of the old vines and concrete aging in one year, this wine offered richness and complexity rivaling some great whites from the world.

Founded in 1957 Umani Ronchi is located in the city of Ancona, and it is established as one of the leading wineries in the region with a presence worldwide.

Also a winner in my book the 2020 Tenuta Cocci Grifoni Colle Vecchio Pecorino Offida DOCG. This winery has always been a champion of Pecorino, which produces wines with a kiss of Orange Creamsicle on a salty layer with ocean spray; and this one was exactly like that. A couple of strong theories exist on the arrival of Pecorino to the region. One supports that Romans brought it from Greece while new research indicates it came from Germanic roots. Either way, this is a variety worth exploring and a vivid example of the Italian passion for unique grapes.

On the red wine front we tasted a Montepulciano-dominated flight, some with Sangiovese and others with Cabernet Sauvignon in the blend, bringing more structure and density to the wines.

One of the best examples to me was the 2017 San Giovanni Leo Guelfus Piceno Superiore Offida DOC composed of 70% Montepulciano and 30% Sangiovese. This wine offered a rustic and juicy snapshot of the traditional reds of the region — easy drinking and playful instead of offering complexity and longevity.

An essential component of this class was the producers spending time talking in-depth about their wines, history, and production methods in a captive setting.

Eduardo Dingler continues his multi-part report on Vinitaly 2021, held in person in Verona this year.

Ken Boyd recounts his discoveries on a trip to Italy where, among other adventures, he watched Mt. Etna erupt.

Despite the pandemic, Italy remains vibrant and full of passion, Eduardo Dingler reports; but the crowds were smaller.

Eduardo Dingler traveled to Italy this fall, in part to attend the in-person conference, Vinitaly 2021