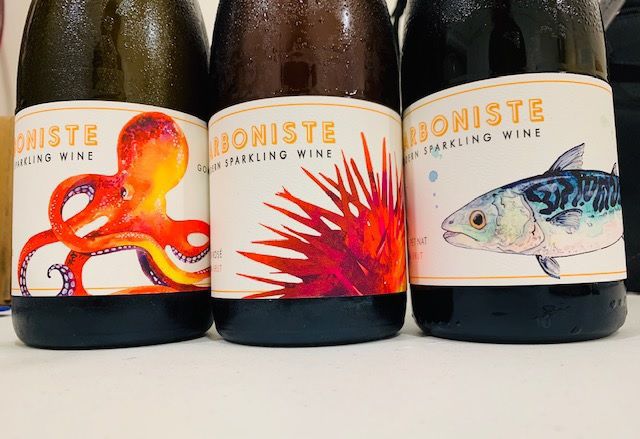 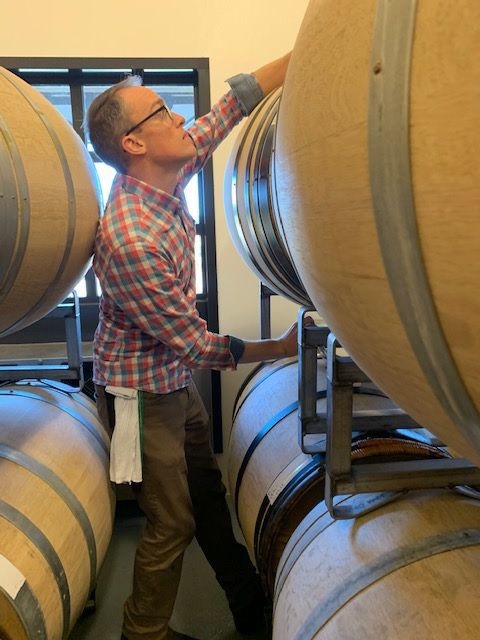 Amongst the many beverage options widely available for consumers, it is quite refreshing to find modern-day producers spearheading new categories in the wine world.

At a friend’s Champaign Campaign gathering organized by a great friend and talented winemaker, Dan Petrosky, I met Jaqueline and Daniel Person, who told me about the California Sparkling Wine crusade.

I was immediately attracted to their project and wanted to find out more. Time went by and it was in the back of my head, and it wasn’t until I came across their wines at two places in the same week that I reached out to find out more.

The first time tasting their wine was at the Oxbow Cheese and Wine Merchant at the Oxbow Public Market in Napa. I stopped by to replenish on wine and sake when wine director and longtime friend Lalo Vela approached me with a glass of bubbles. Before I could say anything he said, “Try it; then I’ll tell you what it is.”

“Delicious,” is the first thing I said, with a big smile. Layers of lemon and lime zest and white flowers, with a sharp and cleansing acid structure, jumped out of the glass. Definitely not Champagne, Prosecco or Cava, this was in a league of its own. Lalo showed me the bottle, which portrayed a beautiful fish painting. This was the 2018 Carboniste “Mackerel” Pèt Nat Pinot Grigio. I was blown away by this lively and highly pleasant wine.

A couple days later, we stopped at La Taberna on Main Street for a casual dinner when Mick Salyer, the proprietor of Zuzu and La Taberna, stopped by and poured us a glass of the 2018 Carboniste “Octopus” Gomez Vineyard Sparkling Albariño. I was quite surprised and excited. What are the chances, twice in a week, two different wines from this guy?

The wine was pure magic, an explosion of mandarin blossoms mingled with orange peel and spice made for an excellent pairing with the crispy pig ears and the seafood fideo.

This was quite a revelation. The same night, I contacted Daniel via their website since I had failed to get his information. The next day he replied and agreed to open the doors of his operation and share their project.

A few days later, I met Daniel at their small, modest but highly efficient facility south Napa. When I met Daniel, he was working at Larkmead Vineyards while producing Carboniste. Since then, he left to focus on his project, which is growing organically at a steady pace.

Daniel’s wine trajectory started when he was a medical student in Chicago. It was then that he fell in love with wine. He decided to switch gears on his path and enrolled at UC Davis where he studied winemaking. His first internship was at Domaine de la Romanee Conti (DRC), the holy grail of wine located in Burgundy, where he spent five months learning all the aspects of enology and viticulture. He has also worked in New Zealand and California with highly regarded winemakers, like Philippe Melka and wineries like Schramsberg Vineyards where he fell in love with sparkling wine.

Since Carboniste’s inception, Daniel and his wife knew they wanted to focus on sparkling wine. “We found a niche producing high-quality sparkling wine with a number of traditional and non traditional grapes,” he said.

Their production consists of an exciting vintage lineup of a Rosè Extra Brut made from Pinot Noir sourced from all corners of California ($28). They have managed to secure fruit from sites from Anderson Valley to the Santa Cruz Mountains from vineyards with character and ideal for sparking wine. The sparkling Albariño sources from the Gomes Vineyard in Andrus Island in the Delta ($28) and the Pèt Nat Pinot Grigio sourced from Clarksburg ($24) and new releases on the horizon.

When asked about their style of wines, Daniel says, “We are 5,000 miles from Champagne, should taste like it” — celebrating California’s terroir and climate.”

The production including disgorging (a process in which the frozen spent lees are removed from the bottled wine) is impressively done all by hand by Jaqueline and Daniel, making it the ultimate hand-crafted product, which in this case the term is completely appropriate.

Their wines can be found at a handful of local spots like the aforementioned Oxbow Cheese and Wine Merchant, La Taberna and Cadet Wine Bar as well as Chez Panisse in Berkeley and the Riddler in San Francisco. They are making their way into the East Coast as we speak.

The Carboniste project has managed to emerge as a serious, modern, sparkling producer that captivates palates on a daily basis. The key to their success is based on their passion and dedication to this exciting field. I consider myself a big fan of their efforts that will, without a doubt, attract many more fans in the years to come.

Eduardo Dingler explores more of Japan and his favorite sakes.