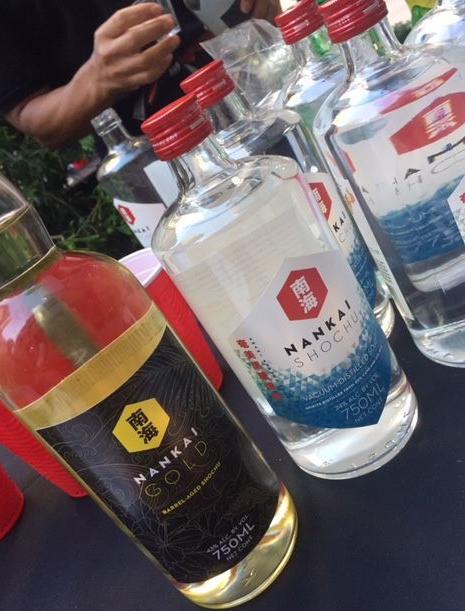 Shochu, an ancient Japanese spirit, was the focus of a recent US showcase by producers.

Shochu, an ancient Japanese spirit, was the focus of a recent US showcase by producers.

Bring a big Shochu fan for a number of years, I had the pleasure of being chosen by JETRO (Japan External Trade Organization) to lead a couple of Shochu seminars in the Bay Area. The events took months of planning in order to promote the artisan craft of this ancient Japanese spirit.

Ten producers aided by the Japanese government made the trek to the U.S. to showcase the fruit of their labor. Shochu production in general dates to the 14th century in Japan, split into a couple areas concentrated in the south islands of Kyushu, Amami and Okinawa.

Like most of the products in Japan extending from culinary products like noodles and pastries to beverages like sake, regionality plays a big role in defining style based on local ingredients.

Shochu can be identified and classified into a handful of main categories ranging from Kome or Rice Shochu concentrated in the Kumamoto region, which tends to be fruitier and soft in style.

Mugi or Barley Shochu is mainly produced in the northeast Oita region a style yielding a complex and smokey Shochu.

Awamori produced in Okinawa makes a distinctive style made of Thai rice, which is aged in clay pots for a long period and utilizes a “solera” method akin to sherry production.

Another style is Kokuto Shochu. Its main ingredient is sugar cane and molasses derived from it. Kokuto Shochu is championed in the Amami Islands, a cluster of tiny islands located in between Kyushu and Okinawa.

The Amami Islands landscape is beautifully populated by white sand beaches and clear waters. The Amami Islands control has changed hands throughout the years more recently in hands of the United States Government shortly after World War II until 1952 when it returned to being part of Japan.

The Amami Islands’ staple product is sugar cane, basically supplying the whole country with this prime ingredient. Naturally they produce this incredible style of Shochu with distilling techniques adopted from the Okinawa Islands dating to the early 1600s.

This last weekend, I had the pleasure of experiencing a number of Shochus produced in Amami, production is small and artisanal in hands of a few dozen producers that carry their family tradition for the last centuries.

At first glance, Kokuto Shochu produced in the Amami Islands smells a lot like rum, naturally since the base ingredient is the same. There are a couple differences however between rum and Shochu. For Shochu production it must be only distilled once to preserve the quality of the main ingredient, it may not have any added color, flavor or sugar making it a pure expression.

The range is fascinating from younger examples giving green and even spicy notes to aged examples talking about 10, even 20 year’s plus aged examples. Aging occurs in a variety of vessels including previously used Sherry casks and even Cognac barrels to stainless steel and clay containers depending on the producer.

Alcohol percentages range from 20 to 43 percent for the majority of them, personally the best ways to enjoy Kokuto Shochu from the Amami Islands is with one ice cube, however it can be great with hot water and even mixed in a cocktail, a Hemingway-style Daiquiri comes to mind, I can picture Ernest Hemingway in a different lifetime indulging in the Amami Islands, getting inspiration from the culture and people that populate this piece of heaven.

Although Kokuto Shochu is limited in the United States, there are a couple of examples available in some markets. Nankai, for instance, has presence in California with a 24 percent alcohol bottle, which is highly pleasant and ideal for cocktails ($25) and a barrel aged version arriving in November with 43 percent alcohol called Nankai Gold ideal for cigar night with friends.

Another producer to look for in our markets is ReLento Kokuto Shochu aged in stainless steel with classical music playing in the background that the producer says it contributes to its harmonious nature, 24 percent alcohol, soft and round and very easy drinking ($22).

Shochu is certainly a category to watch in the beverage world. With its growing presence, I wouldn’t be surprised if we start seeing Shochu used by leading mixologists in San Francisco, Los Angeles and New York City in the years to come.